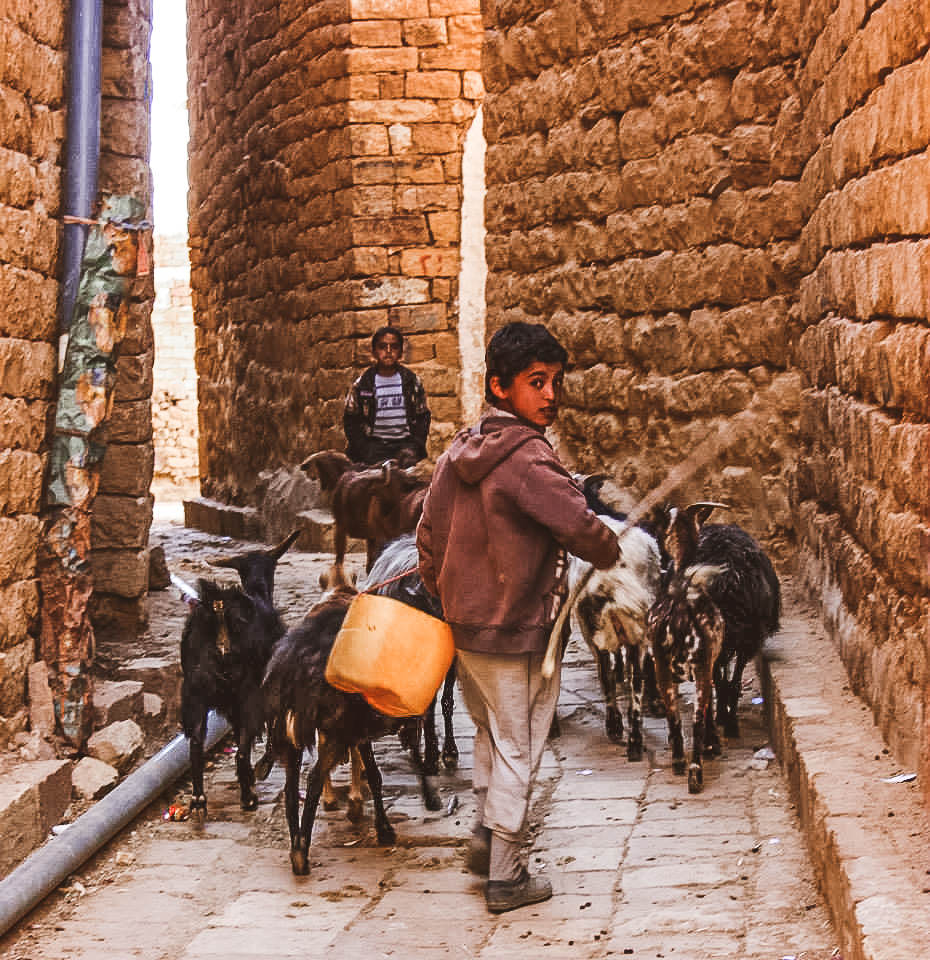 The unconquered fortified citadel of Thula

At the time of my Yemen visit, special permits were required to visit any place in  and it the country and it was mandatory to mention these places at the time of visa application. Due to my unexpected change in travel plans owing to a cancelled flight, I had no such permit with me and it cost Mohammed a lot of bribes to take me on a few day trips from Sanaa. Thus Thula, Shibam, Hababa, Kawkaban and the iconic Rock Palace featured on my Yemeni itinerary and these visits provided an incredible insight into the stunningly beautiful country. It was a beautiful morning, when we, one day, started from Sanaa and the city outskirts were busy with activity. Beggars, street vendors, motorcycle taxis, morning souks and cars crowded noisily and the pollution filled air of the outskirts was choking. Thankfully we managed to get out there quickly and an incredibly beautiful countryside unfolded in front of our eyes.

The beautiful Yemeni countryside to Thula

A day trip to Thula

Yemen was experiencing spring at that time and the ancient land seemed to be awakening from a long winter slumber. Rural Yemeni hinterland stretched endlessly till the horizon and the road to Thula was delightfully smooth and empty. It was a very unique landscape. Flat brown plains were bordered by massive mountains and our road wove in and out of ancient wadis. Sudden rocky outcrops held little ancient pockets of human habitats and apart from apricot orchards and golden terraces, only shepherds added colour to the endless stretch of brown. The sky looked huge and billowing and big fluffy clouds dappled the land with fleeting shadows. The incredible beauty though was marred with endless Houthi check posts and it felt uncomfortable to hand over my passport to non official gun totting rebel groups for inspection.

The unconquered citadel of Thula

The Yemeni countryside to Thula

Apart from the niggling security issue, the drive to Thula was very interesting and being a Sunday, local tribesmen councils gathered throughout the countryside. They were an unimaginable sight and I had never before seen so many assault weapon-bearing common people gathering at one place for some meeting. Partly awe inspiring and mostly thrilling in a scary way, I stared open mouthed as AK 47 bearing men sat on carpets spread under scrawny bushes, gossiped, chewed khaat and waved at me. Thula arrived soon and it was a beautiful ancient stone town. One of the five historic towns to be listed on the pending UNESCO World Heritage Site list of Yemen, Thula dated back to pre-Islamic times.

The country councils of Yemen on the way to Thula

A citadel and beautiful Qamariyas

Located in the Amran Governorate, just 54 kilometers northwest of Sanaa, the beautifully preserved city stood at the foot of the ancient Muttahar Gin Sharaf Uddin Fort and was surrounded by a stone wall. Thula was popular for its amazing stone houses, narrow lanes, rock cut fortress and fame of being the most unconquerable town in Yemeni history. The compact fortified city had stone houses which were built into the mountain and they were embellished with one of the finest Qamariyas (arch shaped stained glass decorated windows) in whole of Yemen. The cobbled ancient streets of Thula went winding up to the beautiful stone staircase leading to the citadel and the center housed a great mosque, bath, souks, steam rooms, several stone reservoirs, minarets, and granaries. The intact city walls had many gates and because of its self sustainability, Thula remained unconquered even when held under siege. Beautiful blooming orchards and gently cascading terraces surrounded the historic town and with so much of beauty and heritage, I quite easily fell in love with it.

A place where time works in reverse

It was a blinding afternoon by the time Mohamed and I reached Thula and I spent a very happy day exploring the historic town’s cool dark rocky alleys. We walked all across the stone paved town, underneath natural curving rock arches, stared in wonder at rainbow like stained glass windows and gaped at the timelessness of the ancient site. Time indeed seemed to stop at Thula and in comparison, Sanaa seemed excitingly metropolitan. The old rocks glowed deep gold in the afternoon sun, as donkeys trotted past carrying firewood and I sat in wonder, under pink shade of massive flowering apricot trees to watch time work in reverse. It was a beautiful day, spent in the heart of ancient Yemen and I had a quiet happy drive back to Sanaa around sunset. Yemeni hinterland seemed to remain unchanged for centuries and it was amazing how even in 2016, in several parts of the world, life comfortably moved at ancient pace. Donkeys, evening gossip, pregnancies and mischievous shepherd boys were hot topics of discussion and children played in the sun, as little ones should. There were no smart phones, hi tech gadgets, fast life and it was easy to give into the pace at which I could allow myself the relaxed pleasure of appreciating an orange sunset turning pink apricot blossoms nearly red.

Spring around Thula is

One of my day trips from Sanaa.

Located in the middle

Thula was listed as

One of the most ancient

At the time of my visit,

Thula was getting restored

To its former ancient glory

By the Aga Khan Development Network.

But within its old center,

But enjoyed the luxury

Of having the luxury of time

And living in one

One of the oldest cities in Yemen.