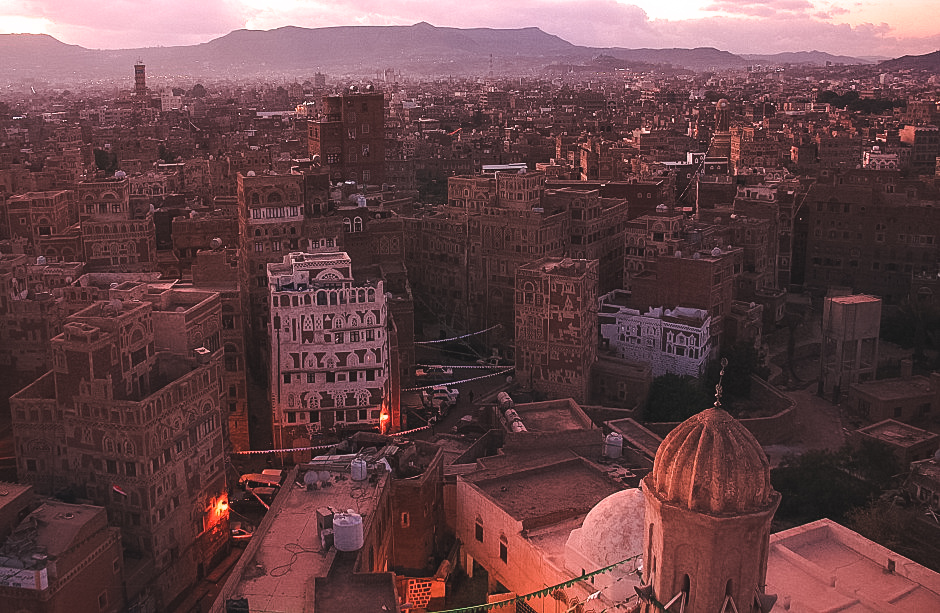 At the time of my visit in 2016, Yemen was in the news for all the wrong reasons. The situation which was unstable even before I arrived there, took a turn for the worst and the mosque bombings were most heartbreaking. The acts were perpetrated on a Friday, the holy day for prayers at two of the city’s most prominent mosques and more than 140 people, including 13 children were killed. The targeted mosques were linked to the Houthis and ISIS claimed responsibility of the attacks. It seemed as if the country had the situation of having to choose between the devil and the deep sea and in midst of all the insurgency, the capital city of Sanaa tottered on the brink of collapse. Houthis were a powerful, but minority Zaidi Shia group, that took over the capital city of Sanaa and the parliament in a daring 2014-15 coup d’etat and it all happened while I was in convalescence from malaria in Socotra. Till today, I find it difficult to believe that I was actually in Yemen during its time of change and experienced the accompanying pre and post coup moments that were charged with tension, instability, and uncertainty. The usually friendly, smiling Sanaa citizens walked about like dazed sleepwalkers, unable to absorb what was happening, and the tension at times felt almost tangible like a high strung wire, ready to snap any moment.

A girl from Sanaa

It was a very historic moment and one that set off the international media in a frenzy and coupled with ISIS Japanese tourist’s beheading, Middle East was burning. The Sunni-Shiite rivalry was driving the last nails into the coffins of Iraq and Syria and Yemen was perfectly poised to go that way. Sensing my rising anxiety over the volatile political situation, my friends from Sanaa called to soothe my nerves and I remember them telling me over the phone (with slight regret) that it was not as dramatic as expected. They claimed that it started off like a regular day with the usual beautiful sunrise breaking over Sanaa and apart from an unearthly, deathly silence, nothing felt different. The silence was supposedly broken sometime, around noon when jubilant gun shots rung high above the muezzin’s calls for prayers and in Sanaa, both were common features. In retrospect, I, my friends and acquaintances from Sanaa, now understand that it was the silence of death because while the unsuspecting city went about its daily ways, many a families were being broken up forever. It was exactly on that day, during those hours, the father of a very nice girl, I know from Sanaa, was dragged out in the family house courtyard, and executed in front of his childrens’ eyes. The women folk of his family were told to pack the most basic items and leave the country forever. That is not an isolated incident and where I work now in Cairo, there are many Yemeni expatriates who share similar horrifying stories.

The Don Quixotes of Sanaa

My first impression of Sanaa left me in open-mouthed shock. Sanaa streets way too many dangerous automatic heavy duty guns in public and they were carried by normal people not soldiers. Though, I eventually got used to seeing AK 47 and Kalashnikov rifles at every step and bullets being sold from cloths spread on sidewalks, the first sight of such deadly weapons in public made me nearly faint. It is funny how humans get used to foreign elements so fast, and I quickly got over my gun squeamish in Sanaa. What I found difficult to deal with till the very end was the hopeless positivity of the people at the time of extreme danger. As oxymoronic as it may sound, but the residents of Sanaa before the coup seemed to either forcefully or by choice have an air of false bravado and to me, to whom the threat looked very real, they resembled a bunch of Don Quixotes. Today, I am sure that the momentous revolutionary day was as quiet as my friends claimed. Perhaps, concern for my illness and/or serious belief in the power of the Houthis, coupled with hope for stability, made them dilute the news to a more subtle form, but in the confinement of the small international travelers’ huddle who met in my hotel room in Socotra to watch TV every night, we feared major unstable times ahead. Instability, in regards to Yemen’s current situation, is a gross understatement and the recent presence of ISIS in the capital city, is the worst news I could have received about Sanaa, a place I love a lot.

A sunrise over Sanaa

“What business do you have in Sanaa?”

This heartless Sanaa mosque attacks were totally unexpected and I still go to bed every night with prayers on my lips for Yemen. The country is in trouble and there’s no denying it. Fragmented, on the brink of extinction and in grip of its most severe crisis for years, Yemen is on a fast tracked death row. Imagine living in a country, which because of its strategic location, is caught in a dangerous tug of war between two sects of Islam (Shia and Sunni), powerful neighbouring countries and separatist armed rebel groups. What started with factional spurts of conflicts between Shias and Sunnis (read Iran and Saudi Arabia backed sects), slowly took a horrendous turn and at the time of my visit,  the country was witnessing rebels groups like Al Qaeda, Houthi and ISIS squabbling for power amongst themselves. I was aware of the crisis even before confirming my travel plans to Yemen and my stubborn decision threw quite a few uncomfortable situations on my way. Because of an official invitation, the visa procedure was delightfully smooth and the ease of Yemen travel ended there. Problems started with fighting with my family day and night over my Yemen travel plan and continued till the Qatar Airways Delhi check in counter, where a lack of visa regulation information of the airline staff nearly made me miss my flight. Stress was handed over by Indian immigration officers in form of strange (read suspicious) questions and even the Doha Airport ground handling staff of my onward Sanaa flight did not spare me from their burning curiosity.

My three friends from Sanaa

The Indians of Yemen

The flight to Sanaa however was very uneventful and surprisingly I was not the only Indian on board. Yemen had a substantial population of Indian expats who worked there as teachers, professors, nurses and engineers and during the entire flight, my Keralite co passenger regaled me with his hardship stories at Marib. Located in northern Yemen, Marib is an old desert town which is famous for being the capital of the Sabaean kingdom. The Sabaeans were ancient people who lived in the Biblical land of Sheba between 1200 BC to 275 AD and were very active traders of frankincense, myrrh and other spices. They were an important Semitic civilization and have been mentioned in the Bible, Quran, Ethiopian Orthodox tradition etc. The empire was vast and Sabaean ruins have been found scattered across Ethiopia, Egypt, Iran, Sudan, Nigeria, Zanzibar etc. The Sabaeans were also expert builders and the seafaring trading civilization constructed many dams, castles and temples, ruins of which remain even today. Their glory were of legendary proportions and the mythical romance between King Solomon and Queen of Sheba is one of the most enigmatic love stories of all times.

Sanaa is the capital of Yemen

Welcome to Sanaa, the capital of Yemen

Marib’s glory however ends with its fairy tale history and in 2016, it was called the “Al Qaeda capital of Yemen”. An important oil refineries rich region, Marib provided refuge to the Sunni based Al Qaeda for over a decade. But with the ruling Shia sect of Houthis slowly advancing towards it, the regional situation was grave. At the time of my visit, local rebel groups started the movement of tanks and rocket propelled grenades and US drone attacks killed “official” Al Qaeda operatives nearly everyday. These were my first impressions of Yemen and I was yet to land into the country. As my co passenger, Aaditya complained about lack of entertainment, having to travel in bullet proof vehicles only and leading a boring life within the constricted walls of his high security expat workers camp, I was about to brush them off as tall tales, when he suddenly mentioned his company’s military protected helicopter airdropping him to the base camp. Then he turned, looked squarely into my eyes and announced, “Welcome to Sanaa“.

A man selling dates, spices, and nuts at the local souq

A local man offering his jambiya knife for sale in Sanaa

A woman herding her flock in the streets of old Sanaa

The beautiful souq in Old Sanaa