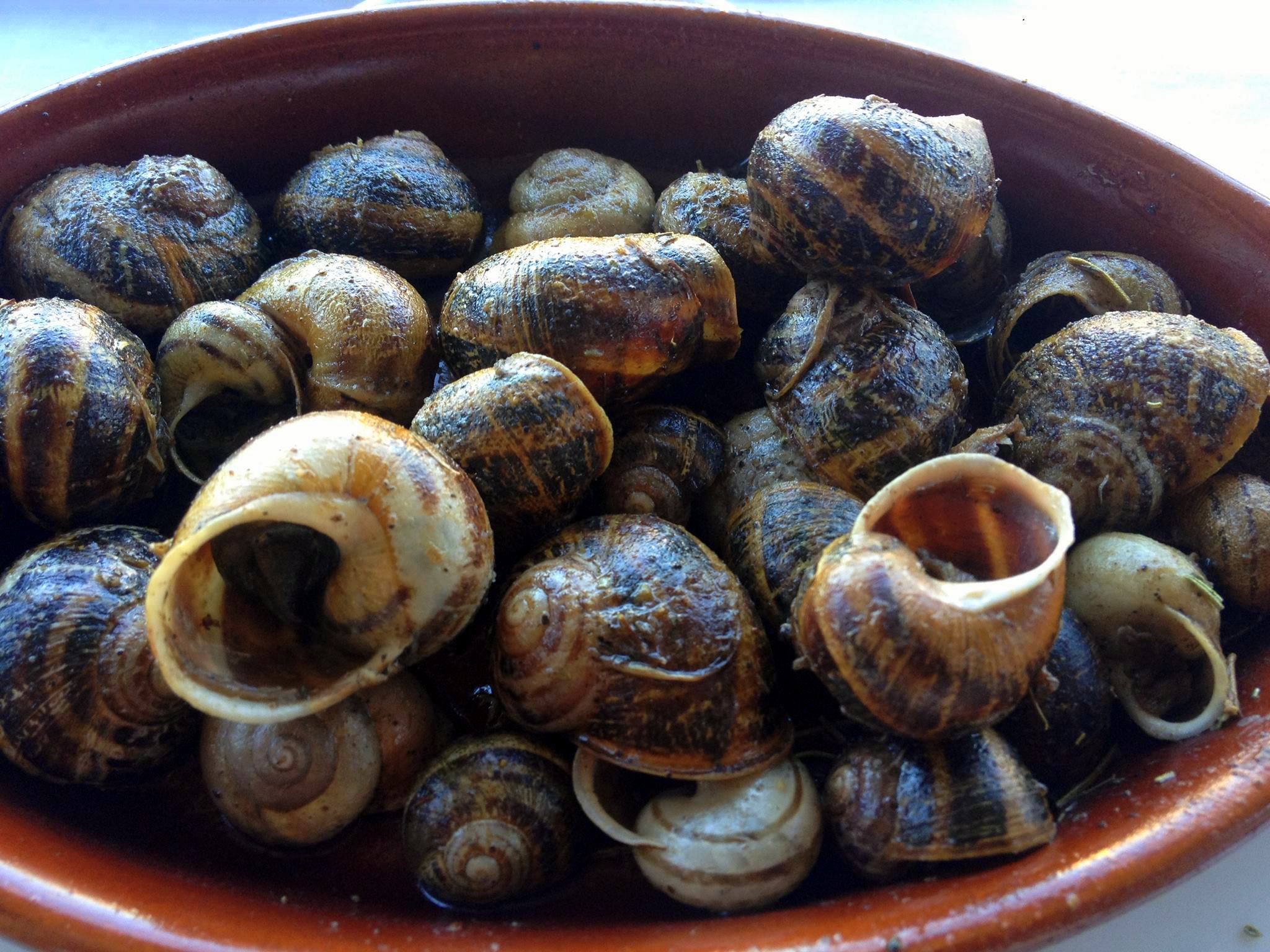 Greece on my plate

My last year had been food heavy and 2016 is following the trend. From exotic Khmer food, spicy Malay palate, authentic Thai (Isaan) cuisine to some hearty German dishes, 2015 had been pretty exciting and my recent Greece trip had been yet another taste bud adventure. I had eaten my way through the mainland to all the way to the Greek islands and it had been an orgasmic feast of some very fine cheeses, salads, meats and seafood. While my Athens days had revolved around swish restaurants, Crete had featured some really authentic tavernas. Needless to say, I had loved them all and being a pregnant solo traveler had been spoiled rotten by the very kind and hospitable Greeks. My list of favourite Greek dishes are endless and in this post I am presenting Greece, as it turned out on my plate.

Athens had been my jumping off base for the Greek trip and I had stayed at the super touristy Plaka area of the city. My hotel had been located at the foot of the Acropolis and every night the grand old monument had glowered into my window from the hilltop. It had been a perfect Greek view and of course had cost a bomb. In fact everything catering to tourists around Acropolis had been expensive and my days in the city had burned holes into my pocket. But it had been a very pleasant place to walk around and sour oranges had been fruiting like a thousand suns, during the time of my visit. My first taste of Greek food had been at an award winning restaurant near the Acropolis museum and I had fallen head over heels with their moussaka.

2. Dolmadaki – Succulently wrapped in vine leaves and stuffed with rice, dolmadakis had been awesome. They had always come served on a plate in neat little rows and had been the most perfect finger food for any occasion. While I had usually enjoyed them as starters, in a small Meteora taverna dolmadakis had come in a platter of grilled peppers, Greek beetroot leaf salad and Gigandes Plaki. Usually a vegetarian mezze dish, Gigandes Plaki is very uniquely Greek. Made from giant white beans, cooked in tomato based sauce, they are a deliciously hearty option for vegetarians.

3. Dakos – The first time I had heard of Dakos, the Mexican dish of tacos had come to my  mind. I had expected a warm tortilla or similar to be served with stuffing and the reality could not have been farthest from my imagination. A typical Cretan dish, Dakos is actually  a kind of salad consisting of a slice of soaked dried bread topped with chopped tomatoes and crumbled feta cheese. I had been introduced to Dakos in Crete and mine had come drizzled with olive oil at a small taverna in the seaside village of Paleohora. Although, I did not have a second go at it, dakos remains one of the strangest Greek food that I have tasted.

4. Fava and Horta Greens – Fava is a strange looking dish. A yellow split peas puree, it is usually cooked with olive oil and flavoured with raw onions. While fava does not have the reputation of being delectable looking, this old as the Greek legends dish is super healthy and delicious. Often doused with generous amounts of lime before eating, fava has a velvety melt in the mouth quality. The best fava hails from the paradise island of Santorini and is pretty expensive too. Horta is another strange tasting dish and though it has puckered my mouth every time, I have tasted it, I have never been able to refuse this Greek delight. Made with wild or cultivated greens, horta is a healthy steamed or blanched salad which is simply dressed with olive oil and lemon juice. I have had them as starter with my pleasant beetroot leaf salad and the combination had been really bittersweet.

5. Bamies and Grilled Peppers – Greece has delighted me with its huge range of vegetarian options and despite being a meat lover, I have stuck to more or less vegan diet during my entire Greek trip. Pregnancy too has made me crave for veggies like never before and I have eaten okra for every meal.  Popularly known as bamies in Greek, braised okra is a wonderful summer dish and it is made by braising an olive oil based sauce in a technique called “Ladera”. The result is slightly crunchy, sweet and refreshingly salty okra dish and I have never been able to have enough of them. Grilled peppers were another Greek delight and everything about this dish had been perfect. Sweet, succulent char grilled to taste fresh and smoky at the same time, I had loved the way colours would pop out of this dish.

6. Delicious Dips, Cheese and Olives – The mainstay of any Greek meal are its classic dips such as tzatziki, fava, cheese platters and bowls of olives. The Greeks have been growing olives for thousands of years and they are the uncrowned rulers of everything olive. All Greek meals are accompanied by locally grown olives and their fresh produce markets are cornucopia of shiny, briny olive of different colours, flavours and sizes. Needless to say, Greeks are generous with their olive oil and it is liberally used in cooking, salads, and drizzled over most dips and dishes. Greece produces a vast array of fresh cheeses and although, I am not a huge cheese fan, Greek fetas and graviera had been hard to refuse. Crete has been the island where I have stayed the longest and I have eaten huge amounts of cheese there. It is said that almost every village in the fertile island of Crete has its own signature cheese and they are usually made from sheep or goat’s milk, or a combination of both. Cretan graviera is an excellent hard cheese which is sweeter when new and develops a nutty flavour with age. Crete also produces soft, creamy cheeses  like pichtogalo Chanion, which has AOC protection, or myzithra, a young whey cheese with a lovely mild taste.

7. Chochlioi Boubouristi – This Cretan specialty is as delectable as it sounds and it is actually fried snails.  In Crete chochlios means snail, and in this dish they are fried with flour or cracked wheat and hot olive oil in a pan. Then once it is generously doused with wine or vinegar, dash of wild rosemary is added to impart a beautiful fragrance and this dish is served with a cute prong to extradicate the meat. A hugely popular dish, which is famous for its health benefits local women collect the snails by hand and the slimy creatures are cooked  alive. While it had been the exotic ingredient of the dish which had drawn me towards it, Chochlioi Boubouristi’s flavour had kept me hooked to it during my entire Cretan visit.

8. Fresh Seafood – Greece is synonymous with beautiful blue seas and an incredible array of seafood preparations. Summer brings throngs of tourists and at that time, every seaside taverna tosses out vast amounts of fish and calamari fresh from the Mediterranean and Aegean Seas. I had sampled some of Greece’s seafood dishes in early spring, when fishing boats had made lesser trips and they had been ibcredible, yet not pocket friendly meals. I had found Greek seafood preparations to be incredibly tasty and cooked with minimum fuss. Options for big catches are usually limited to grilled or steamed and drizzled with ladholemono (a lemon and oil dressing) with flavoursome smaller fish such as barbounia (red mullet) and maridha (whitebait) being lightly batter fried. Octopuses hung out to dry in the sun like washing is a quintessentially Greek sight and these grilled or marinated babies make fine meze (appetiser), as well as main course when stewed in wine sauce and serve it with pasta.

9. Greek Yogurt and other breakfasts – Greek yogurt is worth its weight in gold. Decadently rich and creamy, I have eaten huge bowls of it with every meal and the local Cretan variety is made with sheep’s milk instead of cow’s milk. When topped with another one of Greece’s incredible food product i.e honey, it becomes one of the most beautiful and healthiest breakfasts in the world. On some lazy days, I have given into the indulgence of fried eggs, bacon, bread, orange juice and yogurt and under the fragrant orange trees of sunny Crete, those breakfasts have lasted for hours. Sometimes, local market cafes complete with handwritten blackboard menu of whatever has been cooked that day, checkered table cloths and grumpy owners have beckoned me for meals and they have been local affairs. Local Cretan breakfasts are made for hardworking village folks or people with hangovers and usually consists of gamey soup and bread. Lunches had been barbecued or grilled meat of various cuts and meatballs and during one of my lunches at the cafe, the owner had repaid my loyalty by proudly plonking a grilled whole sheep head on my plate.

10. Wine, Raki and some sweetness – In Crete drinking raki is serious business. Consumed a couple of times a day, the locals insist that it is power inducing “vitamin” and certainly not alcohol to be frowned upon. Raki is made from distillation of the remains of grapes (pits/skins) and is a clear smooth drink. Served complimentary in shot glasses with bowls of raisins and sesame sugar balls, there is little escape from Raki in Crete. Greece is synonymous with some fine wines and the country has been into wine-making since 6,500 years. Although, I am not a discerning wine aficionado, some of my lunches have come with excellently refreshing Greek wines and in Athens, I had sampled the (in)famous anise seed flavoured ouzo. Greek deserts have taken a beating during my trip and twice have I managed to sample the citrus scented halva and the crunchy fried local donuts called Loukoumades. Essentially made by frying balls of dough and then drenching them in honey, Loukoumades come sprinkled with cinnamon and are typically served with sesame seed.

RESPONSIBLE TRAVELING – BECAUSE I CARE