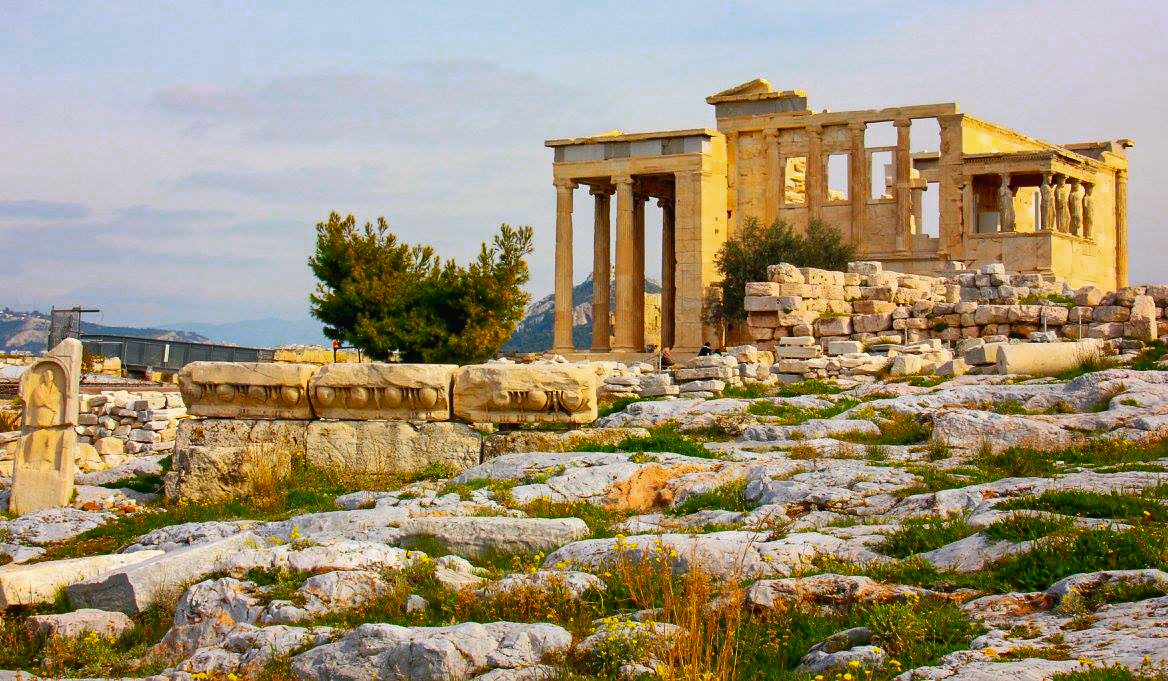 I visited Athens when I was 5 months pregnant. My condition gave me swollen feet and an enormous appetite. So, I did what every pregnant woman does: walk – rather dawdle around at a leisurely pace; indulge in whatever food I craved; use restaurant toilets and outdoor seating areas shamelessly; and lapped up the attention showered upon an expectant mother by kind strangers. The Greeks are extremely friendly, warm, and welcoming and they share the regional Mediterranean trait of being indulgent to pregnant women. So, people offered me seats in crowded buses, helped carry my luggage, and street food sellers often gave me extra portions to eat. Overall, I enjoyed Athen immensely.

The divine and human sides of Athens

Apart from the attention that I received, I also liked the Greek capital as a city. I loved its equal parts of delicate grace and street-fighter grunge. To me, it seemed as if Athens is a child begotten by a god and a human. Thus it ended up having both divine beauty and human fallacies. On one hand, while the spirits of the gods resided at Parthenon – alive in its pure lines and Doric columns, the humans flourished along the winding hilly lanes of the city: filling the walls with street art and anti-austerity graffiti; doling out trays of moussaka and waiting for some change to happen while emptying endless glasses of raki. They poured into the city human passions, tear gas, and strikes. It was 2015; a time when Athens was undergoing anti-austerity protests. Tourism was at an all-time low and the city was suffering from sporadic strikes. There was tension in the air and people were wary and cagey. This made them all the more protective towards me to the point that my guesthouse landlady recommended I leave the city for one of the idyllic Greek islands. Athens, however, drew me like a magnet. I got pulled towards it like a moth towards a candle and spent nearly 2 weeks there until a stray civil unrest incident made me scuttle off to Crete.

Human life in the city

For those two weeks, however, I stayed and loved Athens;  wandering around Plaka and eating. Athens was a beautiful mix of the old and the new (which is quite expected owing to its antiquities). Then, there were narrow lanes punctuated with tram tracks; old buildings in various states of disrepair; lines of drying laundry; and rows and rows of sour orange trees, that are heavy with fruit. The sky was a brilliant blue and the Acropolis’s old stones glowed golden with age. Most of all, I liked the backstreets of the residential areas of Athens: streets with smells of cooking, shrill voices of immigrant families, and the mewing of cats. I loved the cats of Athens. They were everywhere: in all sizes, temperaments, and shapes. Big orange tabbies, pampered Persians, street cats with torn ears and smutty noses, the cats of Athens once again reminded me that the Levant was not too far away.

The city of sun, cats, and friendly people

Today, if I have to sit back and recollect my travel memories in Athens, all I can remember are its backstreets splashed with street art, innumerable cats sleeping in the sun, and lively, kind people. Here is a photo essay dedicated to Athens, a city that is half-human and half-god in my eyes.

I love the street cafes in Athens