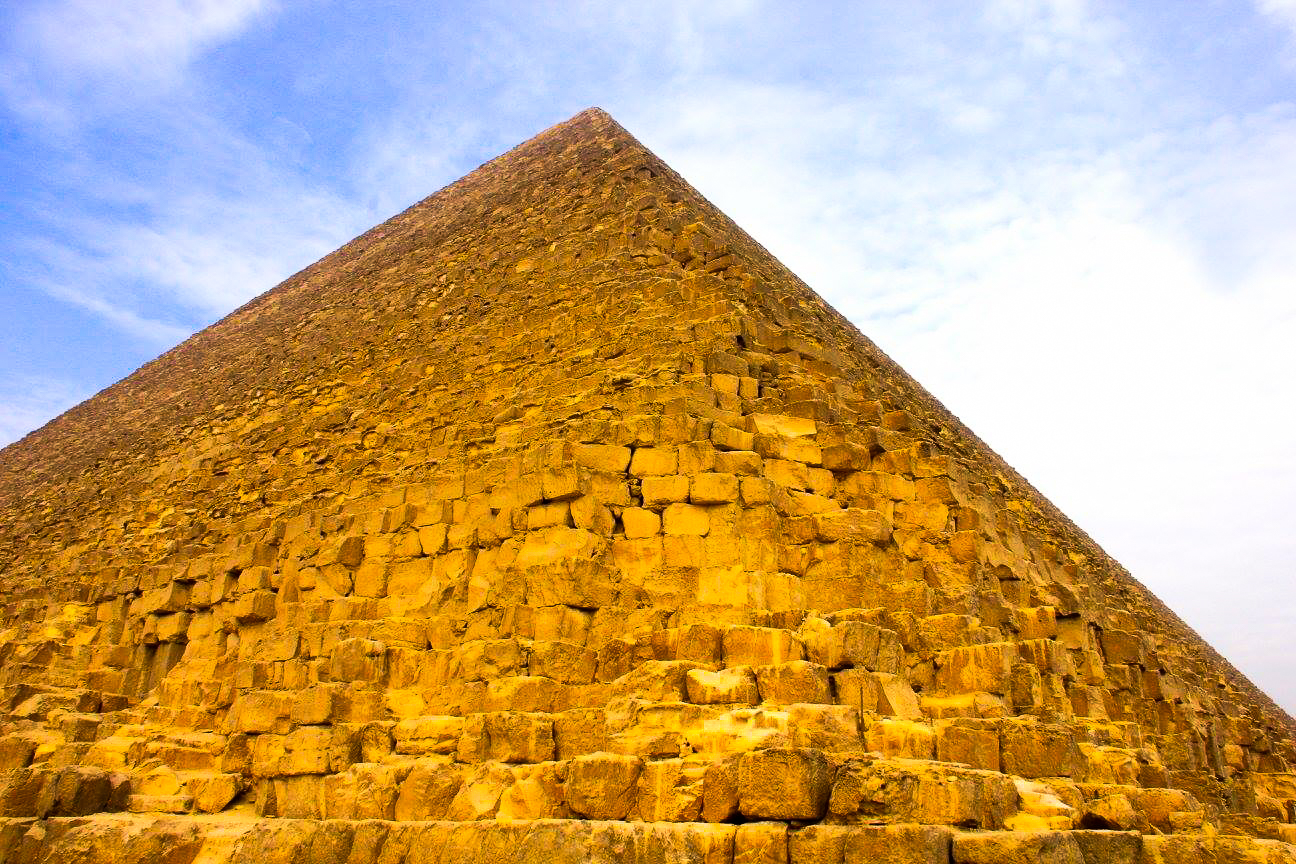 The reality check of visiting the Pyramids of Giza in Egypt

For those who have been following my blog, know that I visited Egypt first in 2010 and been an expat in this North African country since 2019. A lot has changed in Egypt, in me as a person within the gap of 9 years and here I am sharing my experiences of visiting the pyramids of Giza as a tourist. As an expat now, who understands the language, the experience is completely different. I understand the culture better, avoid faux passes, and pay the local entrance fees as a resident. However, for most foreign tourists, visiting this much-anticipated wonder of the world is a mixed bag of experiences and in this post, I will share my own memories and tips to plan your pyramids of Giza visit better. Here goes the memory of my first visit and as you will read, it was not very pleasant.

The only existing wonder of the ancient world

My first trip to the Pyramid of Giza visit is a hazy blob in my memory and all I remember are aggressive touts, Bedouins offering camel rides, and pesky local children harassing the visitors. One of the seven wonders of the ancient world and the only one to be left standing, the Pyramid of Cheops is also known as the Pyramid of Giza or the Pyramids of Khufu. Built around 2570 BC, the Pyramid of Giza was commissioned by Pharaoh Khufu or Cheops and it was the tallest man-made structure in the world for more than 3,800 years. Originally standing at a height of 146 meters, years of wind erosion has reduced it by 9 meters and much of its exterior Tura limestone casing has come off. It still remains breathtakingly impressive and despite the chaos that surrounds it, the Pyramid of Khufu never fails to deliver awestruck moments. Located in the middle of the sandy Giza plateau, in the outskirts of Cairo, the Pyramids of Cheops are accessible either by the popular Pyramid road or the Nazlet as Samaan, also known as the Sphinx village.

The reality shocks of visiting the Pyramids of Giza

I reached there via Pyramid Road very early in the morning and found it to be already crowded with tourists. There were too many people, something which I, owing to my ignorance, did not envision about the Pyramids of Giza and thick flies buzzed on masses of camel poop. The atmosphere around the pyramids was a bit smelly, noisy and chaotic, yet the majestic aura of the pyramid overpowered them all. My first impression of the pyramids of Giza was one of disbelief and its somber appearance made my jaw drop. No amount of photos, documentaries and information can ever possibly prepare oneself for the magnitude of the pyramid’s grandeur and the effect of its simple symmetry is powerful. That morning, it stood in front of me, like a giant perfect triangle, which was most becoming in its pure, unadorned elemental structure. Strangely, it was the same simplicity of symmetry that held impenetrable secrets inside its bosom and the Pyramid of Cheops was a timeless favourite of archaeological studies, speculations, and treasure hunters.

Climbing inside the Great Pyramid

Constructed by a large number of highly organized skilled labour, the Great Pyramid was an astounding mathematical positioning of approximately 2.3 million granite blocks and the entire project took 10 to 20 years for completion. Many mysteries surround the structure and the most stupefying ones revolve around its blocked internal passageways. The interior of the pyramid, in sharp contrast to its magnum opus sized exterior, is quite plain and its three burial chambers are dedicated to the king himself. Many mystery shafts crisscross the depths of the structure and most of them are found to be sealed or blocked. Upon penetration, these shafts lead to more blocked passageways and a few reveal secret chambers that opened to mysterious sealed off pathways or remnants of already looted treasures. As a part of my first pyramids of Giza exploration, I had climbed inside the fantastic pyramid of Khufu and it was a tough, uphill task especially since I am claustrophobic. Because of the permanent sealing of the official gate, visitors enter it through a hole, hacked on the north face by a 9th century AD treasure hunter and crouching passageways leads one to the heart of the pyramid inside the Pharaoh’s burial chamber. The interior of the pyramid was very bland compared to its impressive exterior and I am unsure if the experience is worth tackling the lack of adequate oxygen and narrow steep shafts of the climb. Most disturbing was the thought of the tremendous amount of stones that were skillfully piled on top of me and I was happy to be out in the open again.

Enjoy the Sphinx and the panorama point

In my opinion, the pyramids of Giza are best enjoyed from the outside and it is a great spot for taking in the archaeological wonder.  While not as vast or elaborate as the Valley of Kings, the Pyramids of Giza complex contained several other pyramids, celebratory boat pits, a mortuary temple for embalming of the bodies, causeway, temple, and smattering of smaller flat-topped tombs of insignificant royal family members and significant courtiers. The trio of pyramids of Khufu, Khafre, and Menkaure is the unrivaled centerpiece of the complex and beyond the royal boundary wall, ruins of an artisan’s village were found. Then there is the enigmatic Sphinx that is believed to be the guardian of the pyramids of Giza. It sits gazing at a distance with its back towards the legendary monument and is more impressive in reality than in pictures. Supposedly carved out of a single outcrop of soft limestone, the Sphinx, according to Egyptologists, was once sheathed in a casing of harder stone and the half lion half man’s body rendered it a guardian deity’s status. It is widely believed that the idea of shaping the limestone outcrop into a Sphinx originated from Pharaoh Khufu himself and thousands of years later the future Tuthmosis IV cleared it from the engulfing sand with the hope of getting a kingdom. The later Pharaoh had dreamed of the prophecy in his sleep and a stele found between the Sphinx’s paws had confirmed of it coming true. Like most of the Egyptian mysteries, the Sphinx too was surrounded by myths and legends and the Greeks coined its unusual name.

The mysterious Sphinx at the Pyramids of Giza

They named the monument after the legendary creature of Thebes, which had the horrible habit of putting riddles to passers-by and killing those who gave wrong answers. Arabs called it by Abu al-Hol and many myths revolve around the mutilation of its nose and ears. The most popular one was that of Napoleon’s troops, along with several others using it for target practice and many of its parts including the beard ended up in museums across the world. I love the Sphinx and the way it fiercely withheld its secrets from the world throughout centuries. It looked as if the Sphinx thoroughly enjoyed perplexing historians and the shadow of “Monalisa” smile on its expressive face is very enigmatic. I left Egypt the next day and my last memory of the legendary country was that of the Sphinx at the pyramids of Giza complex. Its stare remains etched in my mind forever and the stony guardian deity resounded the lines of Percy Bysshe Shelley’s famous poem “Ozymandius” in my head.

“I met a traveller from an antique land
Who said: Two vast and trunkless legs of stone
Stand in the desert. Near them on the sand,
Half sunk, a shatter’d visage lies, whose frown
And wrinkled lip and sneer of cold command
Tell that its sculptor well those passions read
Which yet survive, stamp’d on these lifeless things,
The hand that mock’d them and the heart that fed.
And on the pedestal these words appear:
“My name is Ozymandias, king of kings:
Look on my works, ye Mighty, and despair!”
Nothing beside remains: round the decay
Of that colossal wreck, boundless and bare,
The lone and level sands stretch far away.”

Shelley’s famous poem sums up the enigma called Egypt in the aptest way and it is true, that no other civilization can ever invoke such mystery. Charismatic, puzzling, and unfathomable, the pyramids of Giza are truly unforgettable.

The Pyramids of Giza are one of the most impressive places in the world. It is definitely on nearly everyone’s bucket list. However, there are a few things to know before your visit to make the visit more enjoyable.

A bit about the pyramids of Giza

Location and How to Get There

The Pyramids of Giza are located in the Giza province around 30 minutes to one hour from Downtown Cairo depending on traffic.  The best way to get to the pyramids is by taxi, Uber, or a guided tour. Make sure to bargain the fare before embarking.

The Pyramids of Giza entrance fee is 120 Egyptian pounds per person (about $7.40 USD) and 60LE for students ($3.70 USD). Expect to be paid an extra 300 Egyptian pounds ($18.50 USD) to go inside the Great pyramid. If you are using a tripod, expect to pay an extra 20 LE ($1.20 USD). The Pyramids are open daily from 8 am to 5 pm between October and March, and 7 am to 7 pm between April and September except for public and national holidays.

The best time to visit the Pyramids of Giza

The Pyramids of Giza are best avoided during the summer months. Start your day early to avoid the heat and the crowds. The complex is open from 8 am t0 5 pm, so it is best to reach there at 8 am. Keep at least half a day to explore the pyramids to the fullest.

The Pyramids of Giza travel tips