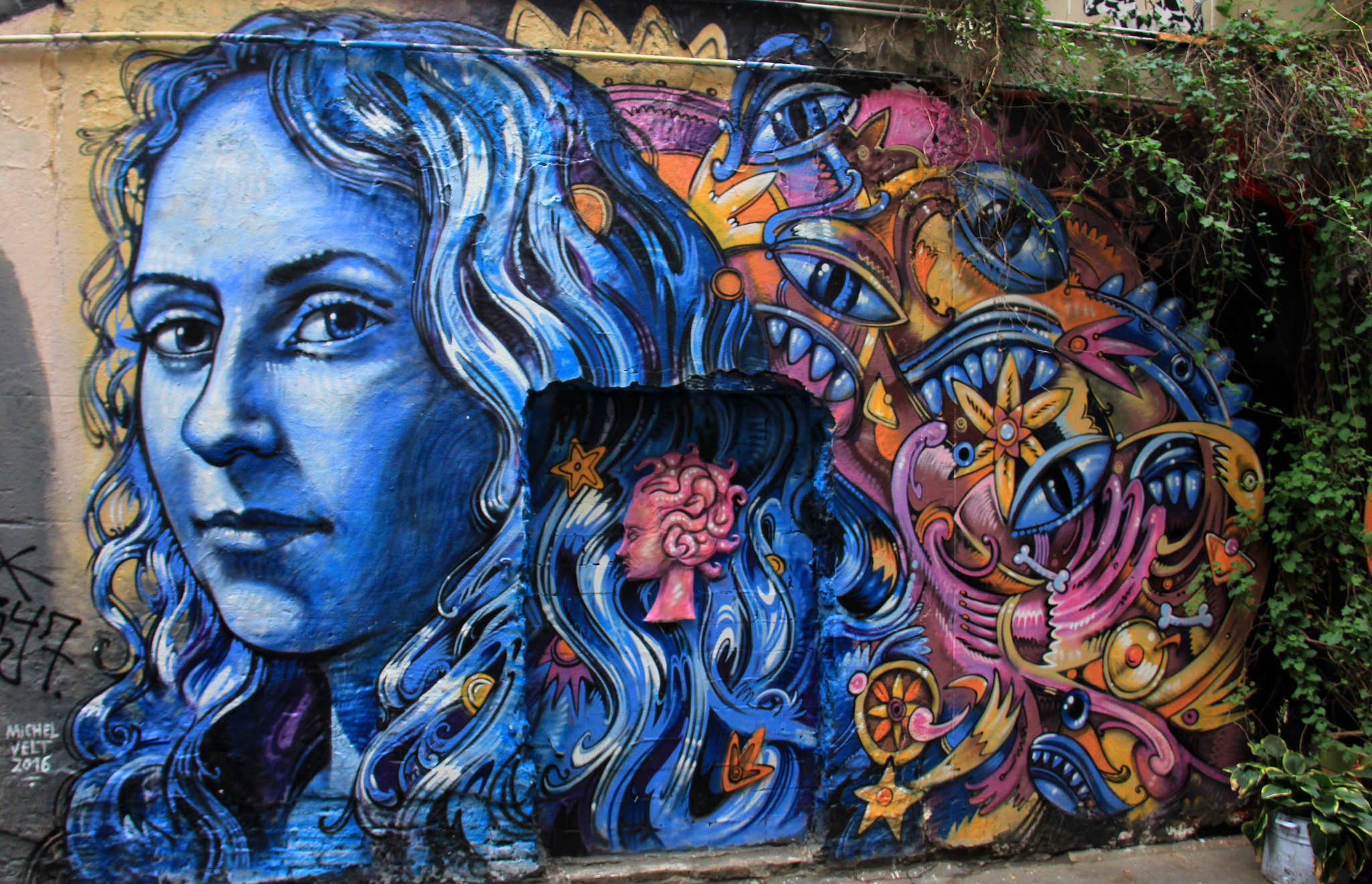 Berlin urban art is spread all across the city. Though some places have more graffiti than others, nearly every district in Berlin has some artwork that it is proud of. Urban and street art are so synonymous with the German capital now, that the city’s official tourism page waxes eloquence of both. There are plenty of pull-out maps, digital guides and guided city walks which show off Berlin’s urban and street art scene and these are truly crowd pullers. Apart from the street art, Berlin has many excellent installations and my favourite are the colourful Buddy Bears. Deputed as the ambassadors from Berlin to the world, the United Buddy Bears have been on a world tour, promoting tolerance and the peaceful coexistence of peoples on all five continents since 2002. The tour started with the “Buddy Bear Berlin Show” and ever since, the individually painted Buddy Bears have been spotted all across Berlin, bringing much “awww how cute” factor among the locals and tourists alike. Needless to say, they are very popular selfie spots as well. For more information on the cheerful ambassadors, check out http://www.buddy-baer.com/en.html and click here for a map showing the locations of all of Berlin’s Buddy Bears.

Similarly, the unique Molecule Men on the Spree River near the Oberbaum Bridge have been drawing visitors since 1999. Conceptualized and created by the American sculptor Jonathan Borofsky, the thirty meters high metal sculpture symbolizes the intersection of the then three districts Treptow, Kreuzberg, and Friedrichshain. Later three more city quarters and two districts came together at the juncture as well and in Jonathan Borofsky’s own words,  “[The sculpture is to remind] of the fact that both people and molecules exist in a world governed by probability, and that the objective of all creative and scientific traditions is finding wholeness and unity within the world.” Another of my favourite installation of Berlin is the nude reclining woman near Kreuzberg. She lies stretched indolently on the sidewalk as heavy traffic zips by and the area is covered with some excellent murals too. Similarly, the Urban Knitting project, Street Yogis, and The Boxers on Potsdamer Platz are some of Berlin’s quirky installations.

In this photo essay, I will try to segregate the street art of Berlin as per their locations. Please note that apart from curated walls or very famous pieces, street art change very rapidly and the same ones might not be there when you visit them. However, the locations will always have some art on them and Berlin is indeed one huge open-air canvas.