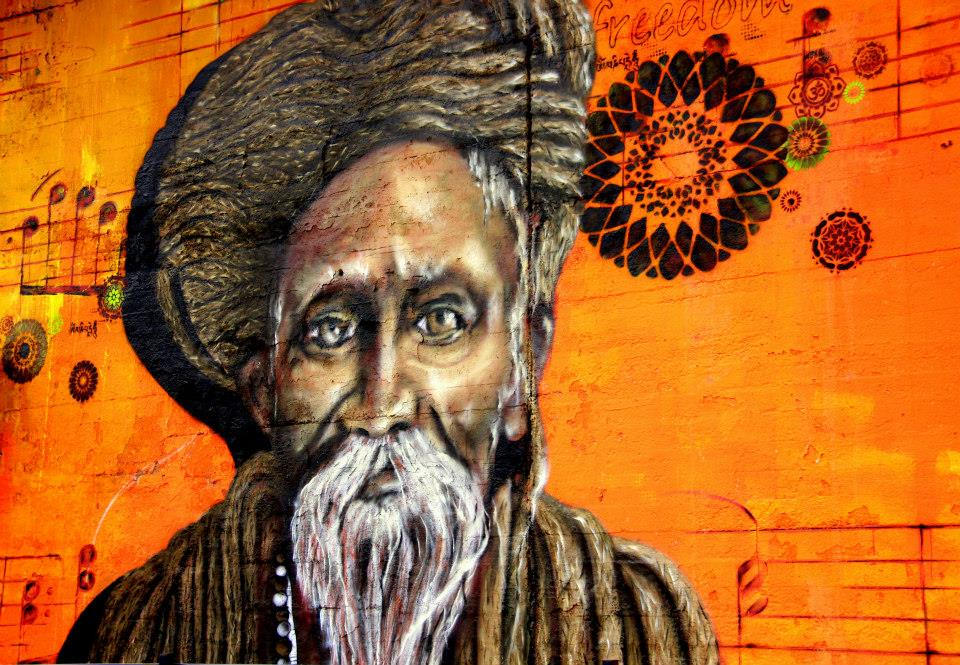 Writings on the walls in Cologne

This episode of “Writings on the walls” is truly special since it features Cologne, the city that I now call home. Walking through Cologne, especially in some areas, is like wandering through an open-air museum of vibrant free artwork. The city abounds with creativity and Cologne street art spills over to its walls, alleys, gates, doorways, and lamp posts. The beginnings of Cologne street art can be very easily dedicated to Thomas Baumgärtel, also known the world over as the famous Banana Sprayer. Since 1986 “Bananensprayer” Thomas Baumgärtel has been marking art spaces like museums and galleries all over the world with a banana stencil. Every museum and most art galleries in Cologne are labelled with his signature banana and this shows off the city‘s liberal, freedom-loving attitude. Naturally, many street artists got drawn by this open mentality and thus began the vibrant journey of Cologne street art.

My very own neighbourhood, the hipster Ehrenfeld is a graffiti mecca and you can see street art at its every nook and corner. A uber cool bohemian residential area, Ehrenfeld‘s main artery is the very busy Venloer Strasse. It is a funny mix of exotic Middle Eastern souk with German staid sensibilities and its snaking bylanes exude Parisian chic. A very popular area among the city‘s expats, artists, craftsmen, designers, and young families, Ehrenfeld also has a very hip boutique and cafe culture. It hosts the most happening street festival in the city and these create the most conducive environment for street artists. Needless to say, Ehrenfeld boasts of the maximum number of large-scale murals in Cologne. Here, not only one discovers the best of Cologne street art, but also the work of many internationally acclaimed artists like ROA, Herakut, Faith47, INTI, Tika, M-City, or Sepe & Chazme. They share the space with many talented local artists and their work come in form of paste-ups, stencils, stickers, and of course, graffiti. Pass by the Heliosstraße, Lichtstraße, and the Heinz Gaul club to see some of their best works.

Revolution will not be advertised

Popularly known as the Belgian Quarter, Belgisches Viertel is an expensive upmarket locality. It hums with cafes, restaurants, and bars and is popular with the young affluent. Being a place that is so effortlessly cool, people want to see and be seen there and this neighbourhood has an incredible number of galleries specializing in urban art. It is the next hotspot for viewing some of the best of Cologne street art and the area between Aachener and Venloer Straße has evolved into an urban art hub. Many renowned artists like Tika, Hendrik ECB Beikirch, and Sepe & Chazme have left their marks in several impressive murals and Belgisches Viertel has a myriad of lively works by local artists. They are just about everywhere in Belgisches Viertel with some hotspots being the facade of a hairdressing salon on Brüsseler Straße or a gate on Maastrichter Straße.

Moving on to Nippes

This is my favourite area for Cologne street art. I used to go to a language school out there and have often arrived early for my classes to check out the neighbourhood‘s cool street art scene. Its impressive murals can be seen from the tram, even before the station arrives and they were larger-than-life creations painted on facades of buildings, trees, and the walls. Even the concrete pillars of the Nippes tram station are decorated with vibrant art and these are the works of the who is who of Cologne’s graffiti scene. Large murals by SatOne, Rookie, Ripo, and Danjer Mola are the highlights of this open-air street art museum and the gateway to backyard gallery Kunstwerk Nippes on Baudristraße has been painted by Cologne street art pioneer, Marcus Krips.

The cool and colourful Ehrenfeld

The eastern bank neighbourhood of Mülheim also boasts of some impressive wall murals by internationally famous street artists like Hense, Axel Void, Franco Fasoli, and Ammar Abo Bakr. Mülheim’s hall of fame at MüTZe park and the paste-up gallery below Mülheim bridge are also pretty worth mentioning for their amazing concentration of urban art. The student quarter or the Kwartier Lätäng is one of the unsung spots for great Cologne street art. This neighbourhood has a number of small-scale works such as Invader’s famed tiles that can be spotted in the quarter’s busy streets, as well as some famous creations by Low Bros, Debug Visuals, SeakOne and Marcus Krips.

Larger than life murals at Ehrenfeld

The facade of a warehouse covered with mural

This mural has become a trademark for Ehrenfeld now

P.S – This blog post is also a part of the weekly series called the Cologne Diaries. Every week, Maverickbird will take on a new theme, emotion, and beauty of an expat life in Cologne.