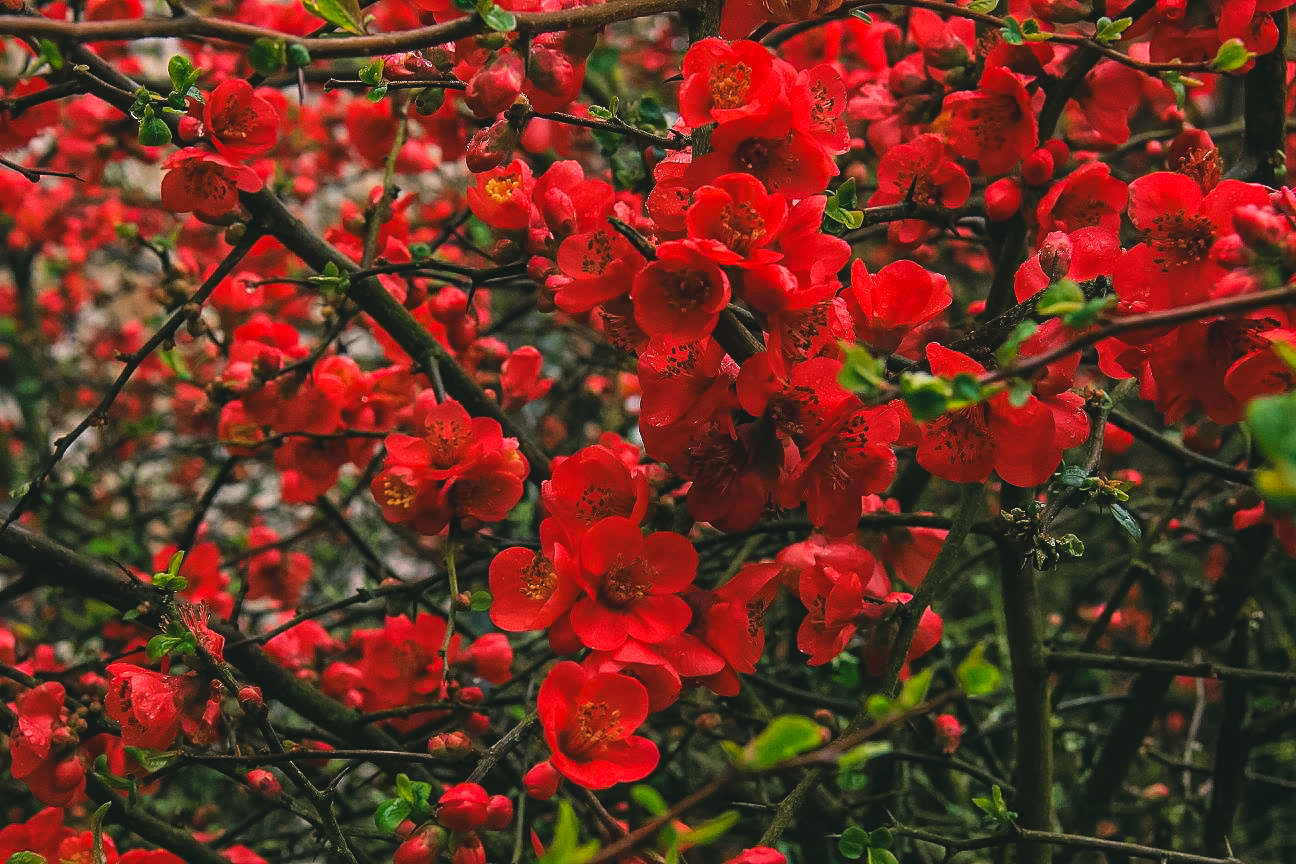 A lovely French spring in Dordogne

The allure of France is legendary. So, if I were to tell you that I got charmed by France in spring, you would probably tell me, “Bah! Tell us something new”. The truth is, that I did find France extremely beautiful and the destination was one of the lesser-known places of this classical European nation.  It did not take us much coaxing to visit Dordogne in southwest France and we stayed there for three days in the midst of a glorious rural spring. Dordogne was the first pit stop of our pan Europe road trip with baby Akash and a friend of ours offered his French villa for us to stay in. His house was in a small village in Dordogne region of France and the countryside oozed a lush tranquil aura.

Dordogne welcomed us with some spring love

Traffic was a slow trickle there, shops remained closed on Sundays, and it was an “everybody knows everybody” kind of a village. The region’s highlight lay in its famed farmed products and from truffles to foie gras, Dordogne is a food lover’s paradise. We arrived there on a rainy dark night and a tangle of two hedgehogs making love welcomed us to the villa gate. These fuzzy creatures in love were so unaccustomed to human interference, that they did not move until sated and we sat in the car listening to the falling raindrops, waiting for them to finish. Needless to say, we immediately fell in love with the place, and that spring in Dordogne was one of the highlights of our road trip.

Dordogne was the perfect pitstop for our pan Europe road trip.

The taste of spring in Dordogne

Dordogne (pronounced as door- don- ye) is one of the most authentic and appealing regions of rural France. Many travel pundits hail it as the new black of France destinations and it is indeed a very charming department. With its prefecture in Périgueux, this department is located in the  Nouvelle-Aquitaine region between the Loire Valley and the Pyrenees. It is named after the Dordogne river that flows through and a few regions of France sum up the country’s highlights better than Dordogne. According to history, the English fought the French over fertile Dordogne until the end of the Hundred Years War (1453) and one trip to this fantastic region will make you understand why.

Recommended Read: The walled city of Carcassonne in France

Spring in Dordogne tastes of duck, goose, and truffles

To begin with, the local cuisine is simply sensational due to its generous use of seasonal fruits, duck, goose, and black truffles. The local Bergerac wine is widely accepted as quite good and nothing beats a glass of sweet Monbazillac teamed with foie gras or early summer strawberries. Every goodness about Dordogne smells and tastes rich earth and it is French countryside at its finest. Thus, it is no wonder that the spring in Dordogne would be a visual delight and we spent our days in the luxuriant slow travelling mood.

Dordogne is about wholesome rustic goodness.

Spring is a fantastic time of year to venture outdoors and even though, you might trudge back in with mud-caked shoes, your eyes will sparkle from the dewy freshness. Dordogne and its stunning countryside. tempted us out of the house more than we expected and we drove around the gently undulating landscape in awe. It is indeed a very blessed region and from the dry rocky hillsides to arable farmland, diverse heathlands to riverbanks and wetland, the department seemed to have them all. Here and there dense oak and chestnut forests grew in thick clumps and 13th and 14th-century châteaux loomed over the peaceful pastoral scene. Pruned vineyards romantically spread until the soft green meadows and rustic farmhouses clustered at the foothills of the honey-stone bastides (fortified hilltop villages).

You may also like: Why Cuenca is the most underrated city of Spain

The joy of slow travel during spring in Dordogne

It rained quite a bit during our stay in spring in Dordogne. Light mists rolling down a woolly grey sky made the soft young grass of the meadows wet and slippery. The rain made the jewel-eyed frogs hop inside the stone floor of our villa and glistening lizards took shelter under the old wooden rafters. The villa where we stayed itself was an old restored 13th-century château and every stone of it was original. Flowering vines draped the old building and there was an old well in the middle of the courtyard. It had a hilltop location and all around magnolias, rhododendrons, cherries, and apples bloomed riotously. A small stream filled with schools of newborn fishes gurgled at the bottom of the hill and at night, we could hear the grunting of the wild boars. Farmhouses nestling at the foothill village were all stone and old timber and the beautiful rustic landscape looked straight out of a period movie. Those farms were noisy places in spring as sounds of newborn animals filled the air and on early mornings, ducks floated quietly on still ponds.

Slow travelling is a real joy in Dordogne.

How to enjoy a delightful spring in Dordogne

Dordogne is one of France’s most iconic and idyllic rivers. Lush meadows and green woods roll out along the meandering banks and in the olden times, the valley served as an important frontier during the Hundred Years War. Dordogne’s hilltops still bear the telltale signs of this historical war and the entire region is dotted with defensive châteaux and heavily fortified towns. Nowadays it is a picture of French tranquillity and a perfect destination to explore by bike or, better still, by paddle. Think of a rugged natural landscape filled with dense forests, limestone hills, vineyards, walnut orchards, duck farms, and houses drenched in geraniums. It is the heart and soul of la belle France with its emerald green fields, rich country cooking, turreted châteaux, and medieval villages lining the riverbanks.

Offbeat European destination: 11 reasons why you should visit Bucharest in Romania

Cavernous limestone caves hold paintings left behind by a prehistoric man and wooden-hulled gabarres (traditional flat-bottomed, wooden boats) slice the waterways. Its farmers’ markets overflow with pâté, truffles, walnuts, cheeses, and fine wines and Dordogne is the land of plenty. The best way to enjoy this bountiful region is by slow travelling in spring in Dordogne, when the land is freshly green and the tourist season is low. Choose between the four colour-coded areas: Périgord Pourpre (purple) for the winegrowing regions around Bergerac; Périgord Noir (black) for the dark oak forests around the Vézère Valley and Sarlat-la-Canéda; Périgord Blanc (white) after the limestone hills around the capital, Périgueux; and Périgord Vert (green) for the forested regions of the north.

Spring in Dordogne is France at its rustic best.

Dining out at the local taverns on some fantastic truffle or foie gras, wine-tasting, canoeing, and visiting gorgeous chateaux and villages top the Dordogne must-do list. Throw in Vézère Valley prehistoric art caves for the perfect mix or simply sit back, relax, and unwind in the rural charm of spring in Dordogne.

The simplest way is by air and you can fly to one of three airports in Dordogne. These are Bergerac (Ryanair, British Airways), Bordeaux which is 90 minutes from Périgueux (British Airways, Aerlingus, Ryan Air, Easy Jet), and Brive la Gaillarde, an hour from Périgueux (Ryan Air). It is also possible to go to Dordogne by train from London St Pancras to Périgueux (change in Paris and Limoges). For more information, check Voyages SNCF (0844 848 5848; voyages-sncf.com).

Hiring a car is a realistic way to cover longer distances and get around quickly. It is to be noted that public transport is slow, limited, and nonexistent in many parts of the rural Dordogne. There are hundreds of kilometres of cycling routes along the quiet country roads of this deeply rural region. Riverside cycling tracks are naturally flat and scenic, though the climbs up to hilltop bastides (fortified villages) can be grueling. Dordogne is a pristine walking country. The local tourist offices have plenty of information on local walks suitable for all ages and abilities, of many are family-friendly. It is also possible to explore Dordogne by boat. La Roque-Gageac is the main base for seasonal boat trips along the Dordogne River aboard a traditional gabarre, flat-bottomed wooden, riverboat.

April to October is the best. Spring in Dordogne brings out warmth, bags of fresh market produce, and beautiful flowers. Summer gets hot and busy with crowds peaking in August when the French holiday-makers arrive. The shoulder season of September or October is better when the crowds and the searing heat mellow down. Grape harvesting also begins at that time. Food lovers should opt for the black truffle season from December to March.

How can you ignore such French spring prettiness?

It is difficult to pin down a single place or thing to do in Dordogne in Europe. This department has some of the world’s most brilliant prehistoric art, and fine French food. The Grotte de Lascaux in the Vézère Valley is the single biggest unmissable sight no one should miss and foodies should not miss the market town of Sarlat-la-Canéda to the south. The old Roman town of Périgueux north is another gastronomic delight and makes a wonderful base for exploring spring in Dordogne.