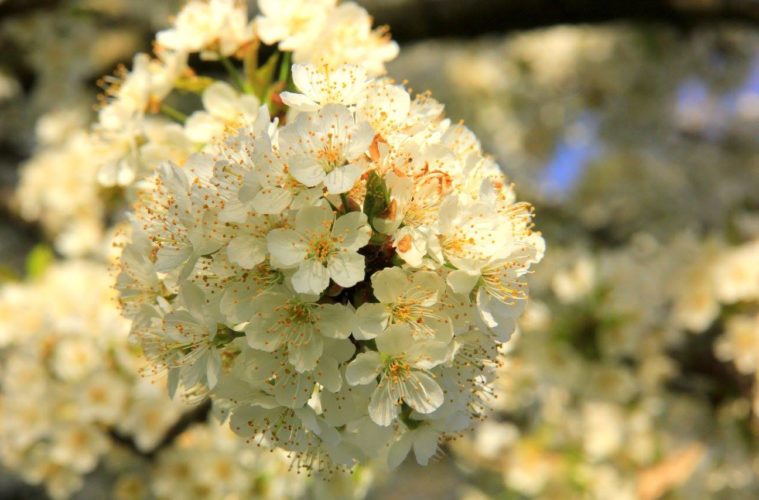 Our spring break with baby Akash took us on a road trip across Europe. We started at Koln, passed through France, crossed over to Spain, and returned to Germany via Belgium. Our stops were at very interesting cities and towns and we made it a point to skip large cities. Thus, we stop at a small village in Dordogne in France, at the medieval fortified town of Carcassone, stayed with a family at Girona, spent our days at a service apartment in Granada, and used Airbnb at Almeria. Our final stay at Saragoza In Spain was at a hostel and overall, we had a jolly good time. The only time we splurged was at a beachfront property at Dune de Pilat and it was very luxurious. The flat had a beautiful garden that ran to the beach, a stunning open bathroom complete with a clubfoot bath, and a four-poster bed. The season was spring and Europe was awash with flowers. Wildflowers painted the landscape in vivid pinks, yellows, and violets, and a clear blue sky spanned overhead. Most of our days saw bright sunshine and except for one rainy, chilly day in Granada, we were blessed with good weather. The number of kilometers we traveled on was in the thousands, and we ate like gluttons, tasting special dishes at every place during our stay. The landscape we drove over was also pretty dramatic and from snow-capped mountains, giant sand dunes, and flat vineyards, to the Spanish desert, it was stunning. Akash was a pleasure to travel with. For most of the day drives, he stayed awake, happily playing with his mobile in his car seat, and he occasionally babbled and gurgled. Whenever he cried, it was to be fed or to be cleaned. During night drives, he slept without a break, and at every single new place, he adapted like a fish. Not once was he sick or cranky and it seemed as if this special child was born to be a traveler. Presenting a photo essay of our spring break Europe road trip. These photos are guaranteed to make you want to pack your bags and leave.

We left Koln late in the afternoon

and Paris in the evening.

Our first stop was at Villers,

a charming little village in Dordogne in France.

Our second stop in Carcassone was very touristy and we ate a lot of cassoulets.

Onward we went, over to Spain

and the Dali Museum in Figueres on the way.

and we ate our way through Spain.

This is one of the loveliest views of Girona, a Spanish city

where we stayed for a few days.

was our next stop and

we passed the leisurely port city of Cartagena

to reach flower-filled spring at Alcazaba at Alhambra.

Alhambra is what the Moors had dreamed of

and Granada was simply stunning.

WE loved the beautiful tile and stucco details decorate the Mexuar

and the traditional houses in Sacromonte in Granada.

Our drive through Andalusia in spring was simply gorgeous.

Sierra Nevada loomed on the way out of Granada

As we drove towards the magnificent coastline

and we passed the badlands near Almeria, which has Europe’s only desert.

this sight welcomed us to the province of Almeria.

and we had a happy baby among white walls and blue sky.

with the intention of visiting the massive Dune de Pilat,

We passed through rural Spain

and entered the land of the delusional knight, Don Quixote.

La Mancha is also a land of mountains, gorges, and wetlands

and it is one of the lesser-known parts of Spain.

and we saw stunning views of the base of Dune de Pilat from the top of the sand dune.

And all along the way,

spring flowers gave us company along with

Someone has rightly said

that travel is the best gift

you can present to your child.