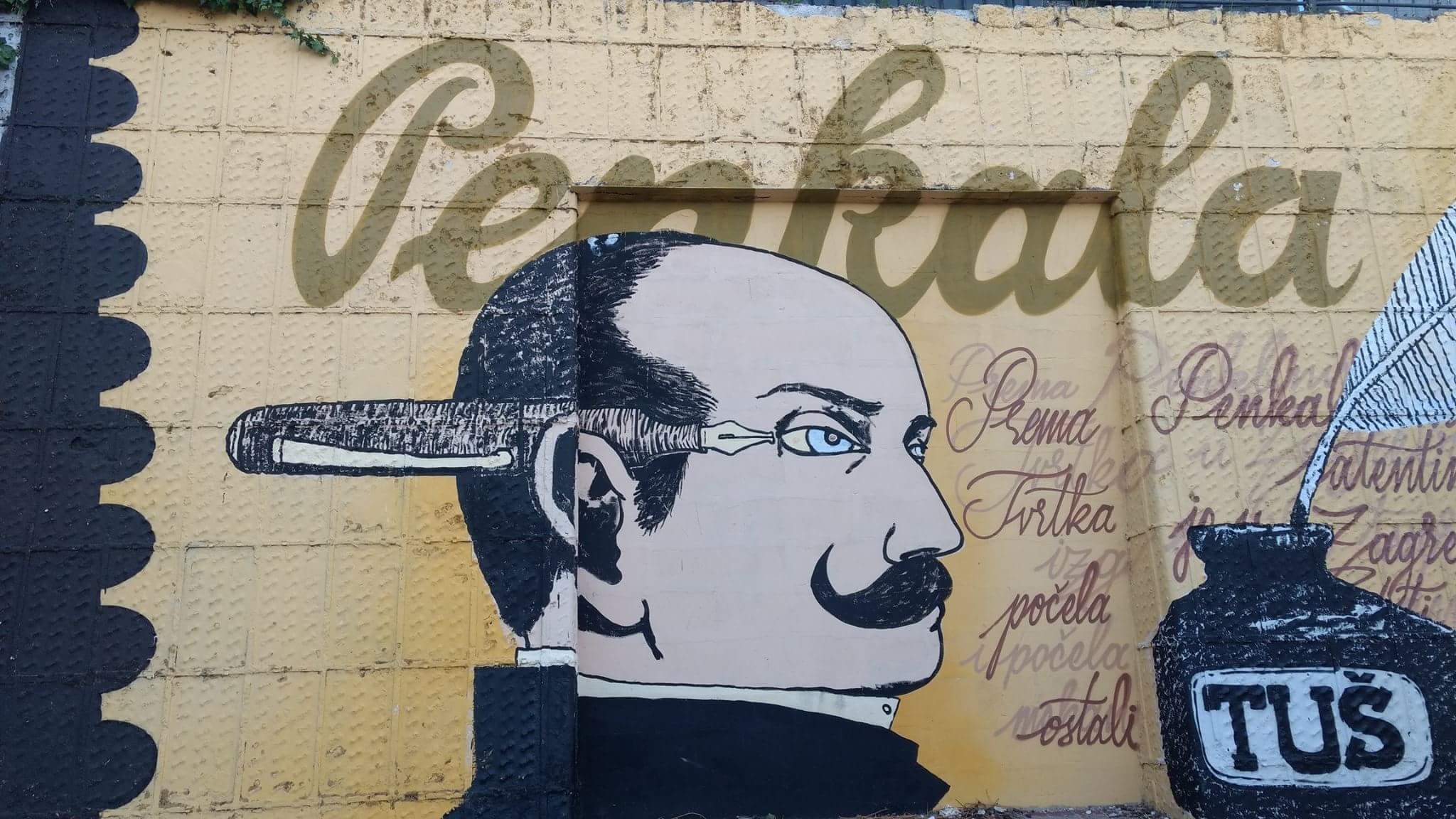 Writings on the walls in Zagreb

Zagreb is hip, arty, quirky, and creative. Though often overlooked by the deluge of travelers heading towards the Adriatic, the Croatian capital has culture, music, arts, architecture, awesome food, and a lot of Central European authenticity. A relative lack of international chains makes the local cafe culture thrive in Zagreb and in the glitzy global world of multiplex cinemas, shopping malls are pushed out to the outskirts. I love the way Zagreb accepts gritty urbanization while retaining its character and identity and the feisty Croatian city is a destination in its own right. Nowadays claimed as Europe‘s recent most travel discovery, Zagreb‘s attractions are more to be experienced than ticked off on a bucket list. This small metropolis is full of surprises and one can spend days enjoying its cafe culture, museums, concerts, parks, and theaters.

Last but not least is the upcoming trend of painting the city walls with graffiti and Zagreb street art is as quirky as the capital itself. Come travel with us, as we discover Zagreb‘s street art with our featured blogger of the week, Joanna Lobo. A journalist from Goa, Joanna loves writing, books, food, traveling, and her gorgeous pet, Sofie. A multi-talented lady with a real funny bone, check out Joanna‘s blog That Doggone Lady for travel and community stories, interviews of some fascinating people, and soulful photos. I can guarantee you will not be disappointed and here‘s what Joanna has to say about Zagreb street art.

” Street art around the world may be dedicated to a lot of things – social and civic issues, pop culture, song lyrics, and just plain fun. In Zagreb, street art pays tribute to one man and that is none other than Nikola Tesla. Born in a small Croatian village, Tesla was an inventor and creator who never got the recognition he deserved during his lifetime. It is said that many bigwigs of the science world like Thomas Edison stole his limelight but in Zagreb they remember this man with a lot of love. The Zagreb Technical Museum has a demonstration lab that shows off his many creations, a pensive-looking statue of Tesla adorns a busy street and in a city known for its art murals, entire lengths of graffiti have been dedicated to him. My favourite section was in the Upper Town (Gornji Grad) near St Catherine’s Church. They are a tribute to the genius and his contributions to the world. There, you can also find the picture of a massive blue whale, built to give the ugly old building some character.”

“Speak softly, but carry a big can of paint.” – Banksy

This very beautiful quote on street art reminds me of the great man Tesla himself. Overlooked in his lifetime, he prodded on diligently for his love for science and kept making inventions that changed our lives forever. To follow more of That Doggone Lady Joanna Lobo‘s work, follow her on Twitter and Instagram.