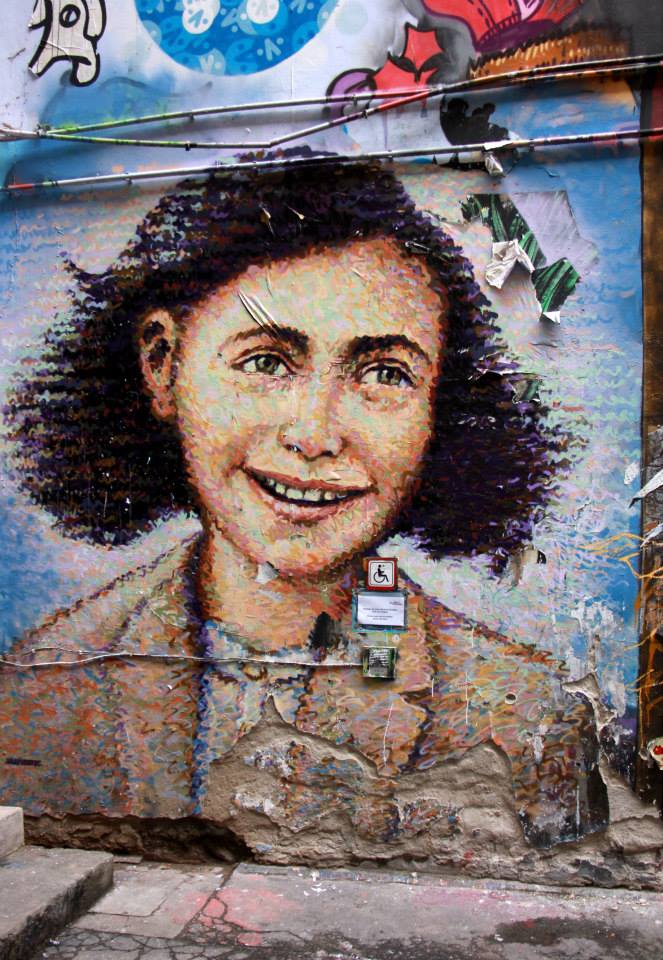 The story of Berlin street art goes back to the 80s before the dreadful Wall had fallen. Imagine the surprise of the handful of East Berliners who managed to cross the border into West Berlin, when the first thing that met them was big bubbly letters, spelling out words in German, Englis, and French. There were fiery political slogans on the situation in Germany and all across the world, either sprayed or carved on concrete surfaces. Inspirational words like “God Ble$$,” “Death to Tyrants.” etc filled every inch of the wall and they immediately spelled freedom to them; freedom of speech, freedom of choosing political affiliations, and most importantly, the freedom of being your own person without any fear. As far as their eyes could see, every inch of the wall was covered with layer upon layer of zest, life, and color. It was a sight to behold, beautiful and welcoming, though this was not the case in the ’60s. During that era, lonely abandoned buildings, broken-down streets, and piles of rubble filled the immediate areas around the Wall and they were painful reminders of the horrible World War II.

It took another 10 years for the area to be inhabited and the early settlers were resisters, anarchists, punks, and Turkish migrants. They were not real Berliners per se and quickly either opened businesses or formed squats. Soon, freedom became like an elixir for them, and having faced no resistance from the West German government, they started spraying or painting their thoughts and beliefs on monuments and walls. Early Berlin street art was mostly clumsy scribbles and etches and it was only in the ’70s that a new wave of graffiti artists arrived. They carried with them interesting innovations such as stencils and spray cans and thus began making genuine works of art. After the fall of the Berlin Wall, many graffiti artists continued their work in East Germany, and new areas like Mitte, Friedrichshain, and Prenzlauer Berg turned into their canvas. Soon colourful, artistic and thoughtful murals started appearing on Berlin walls and East Germans’ work was considered more emotionally vivid. They expressed lustily what it meant to be free and it was a concept close to the hearts of all people now living in the city.

Berlin is the mecca of street and urban art

Today the German capital city is considered to be the Mecca of such creativity. Urban art and street art in Berlin are found in every part and they are not only splashed on screens, facades, doorways, and walls. Even the corners of houses, bridge piers, and the roadside are adorned with some kind of creative spray and it is great fun to explore around, looking for them. Offbeat forms of art such as urban knitting and guerrilla gardening are also a part of the brigade and Berlin’s cityscape is an excitingly colourful tapestry. Berlin street art is now famous all over the world and many talented artists such as El Bocho, XOOOOX and Evol live and work here. Even the great Banksy has left his mark in Berlin.

Interestingly, unknown to many Berlin street art is not just about freedom of expression and creativity, but it is also a big industry in itself. Though not really legal, Berlin’s title of UNESCO’s City of Design has kept the local civic authorities from doing much to change the supposedly most “bombed” city in Europe. Statistics prove that Berlin’s graffiti attracts tourists, and the tourists bring money which is much required by the city deep in debt.

The best thing about street art is that it can be enjoyed for free and the following are the popular street art spots in Berlin.

1. The East Side Gallery is a must-visit for street art lovers and though touristy, it is absolutely worth visiting. Created on the longest leftover of the wall, the East Side Gallery is divided into more than 100 different pieces of “paintings”. Every inch of the wall is unique and the open-air street art gallery draws millions of people every year.

Location – Across the street from station Ostbahnhof.

2. Mitte is a city-center district that is much popular on the tourist trail and its vibrant cafe culture draws many artists. It used to house the famous Tacheles, an old departmental store, whose heavily-coated exterior reveals years of occupation. Some of the most photographed Berlin street art also runs along the length of the nearby alley off Rosenthaler Straße, where important works including some by Banksy are documented.

3. Kreuzberg started off as a tough district of Berlin, but that was in yesteryear. Today, it is far from its erstwhile image and has coolly re-invented itself with loads of character. Nowadays, reputed as a cool bohemian district that is immensely multicultural, Kreuzberg has an edginess that is displayed in its anti-police slogans, and this quarter hosts some of the best curated Berlin best street art. The most famous one to watch out for is Victor Ash’s Kreuzberg Spaceman, which is said to be the world’s largest stencil.

4. Friedrichshain lies close to Kreuzberg and it is another bohemian mix of cultures, communities, art, and fashion. Friedrichshain is pockmarked with many interesting murals and the most famous is the pink giant figure composed of myriad little bodies.

This is one of East Side gallery‘s most famous pieces.

“Blank walls are a shared canvas and we’re all artists.” – Carla H. Krueger

I can go on endlessly about the addictive vibe of the German capital. Berlin street art is uber cool and this hipster city has a lot to offer. One of the best ways to enjoy it is by taking an alternative perspective. So come, let’s marvel at the lively Berlin street art scene, take in its heritage, and indulge in a culture that has shaped a confident, united, and hopefully wealthier Berlin.

Little Lucy is an intriguing series of street art in Berlin

Cool, funky, and out of the world ideas

The Fraternal Kiss is perhaps the poster art for Berlin

This is a famous hoax, often believed to be painted by Banksy

Berlin is such a sexy feeling