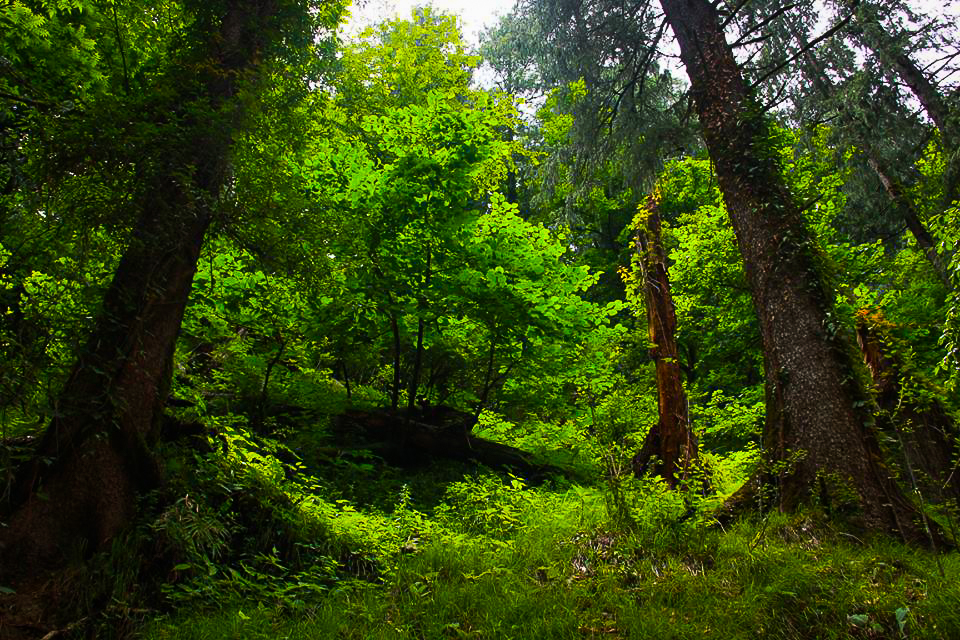 Joshimath moments before the trek

Joshimath was very busy when we woke up the next morning. Being the gateway to Badrinath and Hemkund Sahib, the town always saw a steady stream of pilgrims passing by or stopping over. It also served as the junction for Auli, one of India’s premier skiing spots. Joshimath has a few important temples too, along with a major Indian army base. Located at 6150 feet above sea level, I found Joshimath to be just another major mountain town. It had nothing much to offer except for cozy hotels, average restaurants, and telecommunication connectivity. In fact, Joshimath was the last point where we had access to mobile phones and Internet connections. I believe beyond Joshimath there’s only one ATM, which nearly always remains out of order, and despite being slowly getting out of connectivity, I was eager to start my second day of the Valley of Flowers trek. Until then, the trek consisted of reaching the jumping-off base and I was finally getting there.

My final destination was the Valley of Flowers

We left Joshimath after breakfast, leaving all modes of modern communication behind, and continued our journey towards Govindghat. The road descended and meandered along the Alaknanda river. Thankfully due to the ongoing construction of a major hydel power project, the road was in very good condition and there were no more bone-rattling jolts of the previous day. We decided to leave our bags at the Joshimath hotel, carry only essentials in our backpacks, and reach Govindghat in a private car. In retrospect, that was a very good decision, since the drive became more beautiful and we stopped of our own free will to photograph the Nanda Devi National Park. The gorgeous Vishnuprayag roared at us as we passed by and the rivers Alaknanda and Dhauliganga merged in a furious manner.

View on the way to Joshimath

We stopped at Vishnuprayag on the way from Joshimath

A World Heritage Site, Nanda Devi National Park was discovered in 1982. A very important biodiverse region of Uttarakhand,  it is unbelievably beautiful and is the home of the endemic brahmakamal flowers and bharals/blue sheep. When we passed by, snowy peaks surrounded it protectively and dense forests covered its slopes. It was a sight so beautiful that we stopped there for some time to take in the scintillating natural loveliness. Cold, clean air hit our nostrils and the sun dazzled on the surrounding snow-crested peaks. An empty road stretched like a ribbon and multicoloured birds flitted about like petals. We walked over the suspension bridge and watched the might of the Vishnuprayag confluence underneath. High in the Himalayas, the rivers were young and turbulent there and the chaos of Joshimath seemed far away.

The narrow mountain road to Govindghat.

Flies, mules, and the pilgrims of Govindghat

Our driver pointed out the Trishul, Nanda Devi, and Dunagiri peaks, and silhouettes of the loftier ones that lay beyond them. It was wilderness and vastness at its most powerful form and the intimidating beauty of the Himalayas overwhelmed us. Govindghat arrived shortly amidst waterfalls,  exhausted mules, and countless flies. It was one of the badly affected areas of the 2013 flood and we landed in the midst of frenetic reconstruction. Located at the confluence of the Alaknanda and Laxman Ganga rivers, Govindghat was the jumping-off base and helipad for Hemkund Sahib and Valley of Flowers visitors. Although Joshimath was only 22 kilometers away,  Govindghat seemed to be another remote planet. The holy Hindu pilgrimage site of Badrinath lay further ahead and jeeps full of pilgrims streamed in and out of the little Himalayan village. We stopped for lunch at the Govindghat Gurudwara (Sikh religious place) and fortified ourselves with a wholesome simple meal for the trek.

The mules of Govindghat

The Gurudwara stood by the Alaknanda river and incredible beauty surrounded it. The 2013 flood which had claimed more than 5000 lives, was caused due to many reasons and Alaknanda was one of the major rivers which had flooded. Huge jagged peaks towered all around us and the tiny valley looked very helpless in their midst. The river bank was a flurry of activities and mules, construction workers,  pilgrims and villagers went about busily. Streams of mules loaded with goods and people tottered uphill and they were all headed towards the final destination of Hemkund Sahib via the Valley of Flowers. When we woke that morning at noisy Joshimath, we had no idea what the Himalayas had in store for us and the utter remoteness of the area took our breaths away. We were still at the foothill village of Govindghat and our next stop of Ghangaria was 14 kilometers away. So, we armed ourselves with two sturdy hiking sticks, packed enough snacks and water, and slowly started walking up the mountains towards Ghangaria.

Onwards to Ghangaria and Joshimath seems like another planet

The arduous trek started with crossing the Alaknanda river on a shaky temporary bridge amidst mules, porters, and palanquin/palki bearers. We refused all the services and gaped at people riding in baskets on porters’/pithus’ backs. The flood had damaged the trail badly and hastily made dirt road continued for the next 3 kilometers. Apart from the tinkling bells of the hard-working mules, it was a blissfully silent uphill walk and I found myself asking if the noisy morning at Joshimath was for real. Waterfalls cascaded down craggy slopes like silver curtains and walnut,  peach, and apple orchards lay interspersed between alpine forests. The sun shone brightly, peeping through the mossy fir branches, and occasional bird calls filled the valley. The route went along the Laxman Ganga river which flowed down the stony slopes with fierce intensity. This river too had caused quite a bit of calamity and broken off huge chunks of the forested mountains. Remnants of destruction were still visible and pieces of twisted metal,  skeletons of uprooted trees, and remains of buildings lay scattered. It was a bone-chilling sight and horrifying stories of decomposed remains of the missing flood victims lying strewn deep in the Himalayas suddenly seemed real.

This was a far cry from busy Joshimath, where we woke up in the morning.

The trail soon became better and a sea of flowers took over the scene. Blooms of various colours, shapes, and sizes grew in profusion, and from cobra lilies, Chinese lanterns, and wild roses, it was a floral smorgasbord. These flowers attracted plenty of bugs too and beautiful butterflies and moths flitted about fearlessly. The breathtaking natural beauty and open panorama brought out the children in us and we chased each other gleefully until our lungs were ready to burst. Our final destination of Ghangaria was still a few hours away and our happy flower hunt had already begun. With the new changes in natural settings, our eagerness to reach the Valley of Flowers increased and we hiked steadily uphill as fast as our legs would go.

We left the army town of Joshimath

And headed towards Govindghat.

The Nanda Devi National Park was on the way and

We stopped a while to take a break.

Govindghat was busy with

With pilgrims and construction,

And we continued from there

After a quick lunch at the Gurudwara.

We followed the blue peaks at Govindghat

Going deeper into the Himalayas.

Although our destination of

the Valley of Flowers was still far,

The beauty of the hike only whetted

The anticipation for Ghangaria, our final destination.