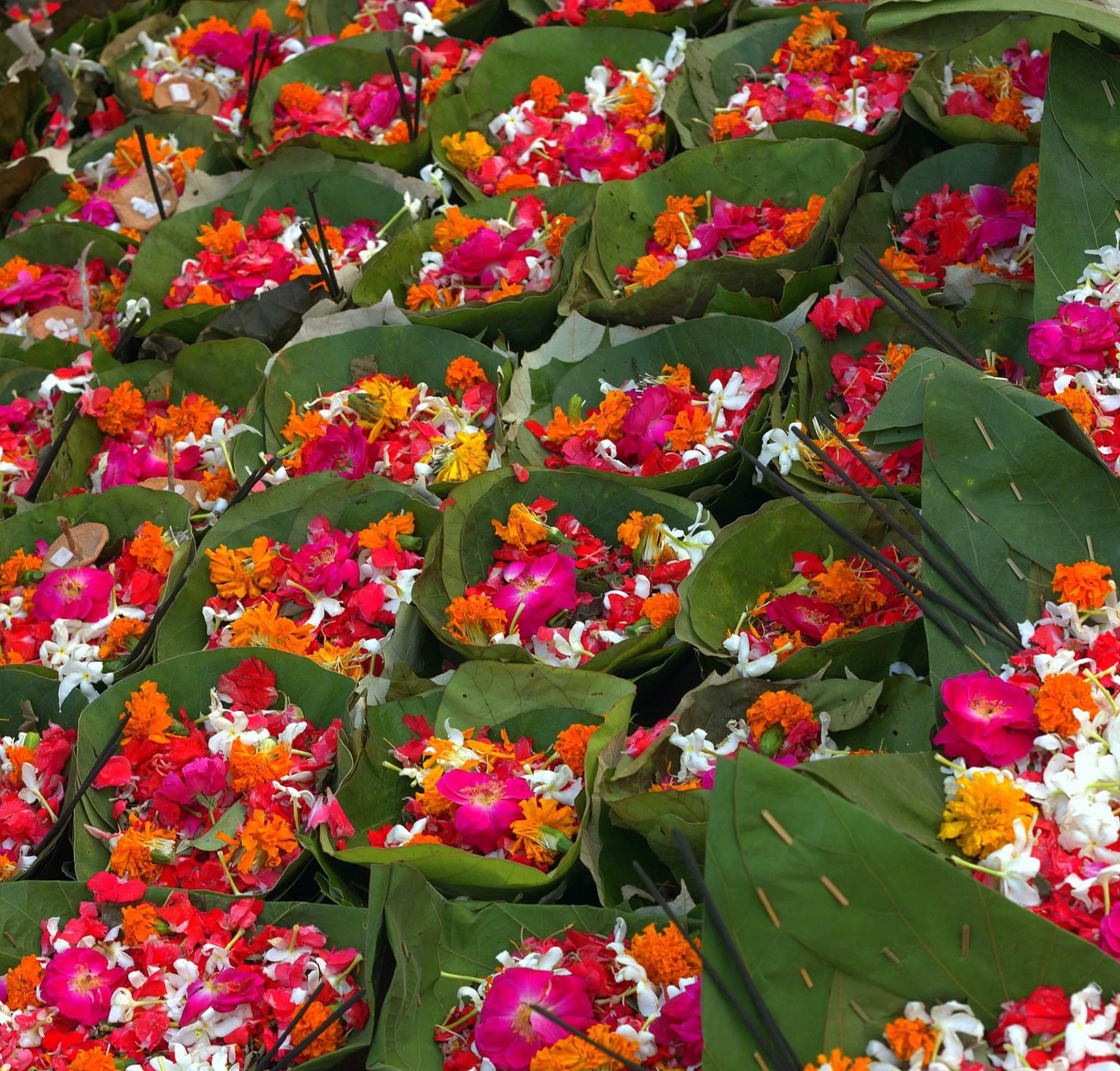 Haridwar and the beauty of chaos

I met Naziya on the banks of the swift-flowing Ganges at Haridwar. She was a young village belle, who had run away from home to marry a Hindu man from Haridwar and her orthodox Muslim family had considered her as dead. Naziya must have been 16 or 17 years old when I met her. Fresh-faced, chatty with adolescent innocence still clinging to her, she was the perfect child woman and her simple-minded questions carried the dignity of a married lady. She had no sense of privacy, was quintessentially rural India intrusive, and opened up her heart and life (love) story to my newly acquaintanced ears. Blushing at every mention of her husband‘s name, Naziya became the epitome of Haridwar for me, and let, I tell you our story, before the religious righteous bay for blood at my “sacrilege”.

A girl from Haridwar

I bumped into her while wandering along the stepped bathing ghats of Haridwar and she was very pleased to pose for my camera. A naturally curious girl, she peppered me with unabashed questions about my camera, photography, family, hometown, profession, and marital status, and by the time, I introduced her to my partner, we were firm friends. It was still early evening when we sat chatting by the river and she talked nineteen to a dozen. Naziya reminisced of her parents, her friends, and family, who had become strangers to her and I felt a deep tenderness for this lonely little girl. Her Hindu husband‘s family considering her an outcast refused to acknowledge her existence and she spent her days being stuck in a bubble of loneliness. At having gotten our attention, words poured from her faster than the Ganges, and all around us, Haridwar buzzed at a holy hectic pace.

Banks of the Ganges at Haridwar

She walked with us, as we meandered past flower sellers, immobile holy cows, busy temples, and pestering beggars. Temples lined our walk, and at every regular interval, there were shops selling religious paraphernalia, vegetarian hole-in-the-wall eateries, pushy priests haggling with cowering devotees, and grim-faced ashrams and dharamshalas (religious inns). Fast-paced motion swirled around us and Haridwar‘s intense monetary value numbed us speechless. Money seemed to change hands faster than breathing there and from dropping offerings at temples, giving alms to beggars, paying for religious services, flowers, incense, etc, the air was filled with tinkling (and scrapping) of cash. This intense combination of fast-paced action and commercialism made me quite dizzy and we went back to the ghat for some respite.

The pilgrims and the holy river

At the river bank, the gushing noise of the fast-flowing Ganges drowned out the din of Haridwar and in my eyes, the city seemed to have rubbed off some of its ruthlessness on her. The young, “freshly emerging from the mountains” Ganges rushed past in an aggressively powerful flow, and bathing pilgrims firmly held on to safety chains that were secured to the concrete banks. We sat there until a dull sunset heralded the beginning of dusk and watched in awe, as Haridwar‘s pace quickened into a chaotic clockwork scramble. Late pilgrims rushed through their religious duties with worried frowns and the ghat started gearing up for the famous Har-ki-Pauri evening prayers. Much popular with pilgrims and tourists alike, the Har-ki-Pauri prayers were Naziya‘s favourite thing to do and she watched it every day, without fail.

She grabbed three spots on the first step of the bathing ghat and at her insistence, we bought floral baskets to offer to the river. All around us, the deepening dusk brought hordes of people and they filled up all the seats on the ghats, the bridge, temple roofs, and every accessible parapet. Soon, the banks on both sides became a sea of human heads and the river got dotted with flowers and lamps. A few last remaining priests at work hunted for devotees along the river and pilgrims sang hymns in groups. A strange electric tension crackled in the dusky Haridwar air and anticipation was as high-strung as raw silk. The Har-ki-Pauri prayers started with the tolling of temple bells, prayers, and offerings to the Ganges and it was a mesmerizing performance. Moving hymns, offerings of coloured powder, flowers, lamps, and blazing torches nearly hypnotized the audience and I too felt deep stirrings of spirituality in the pit of my soul.

Flowers left by the river bank at Haridwar

Prayers by the river

The usually talkative Naziya became strangely quiet during the prayers and moved by the electrifying show, I too temporarily forgot about her presence. When the prayers ended with floating away of the flower baskets and lit lamps, I turned towards her to express a heartfelt thank you. But, something made me stop and I stared at Naziya’s moist shining eyes in amazement. With slightly parted lips and a faraway look in her eyes, she mumbled, “Ganga Ma ke godi me kitna sukoon hai na?” (There is so much solace to be found in the arms of Mother Ganges). Now, traditionally Ganges is considered to be the holiest of all rivers and Hindus revere her as the Holy Mother. A dip, bathing, or immersion in the river is sacred enough to guarantee nirvana and for this reason, Hindu pilgrims burden her water with their sins, toxins, offerings, and often dead bodies. Incidentally, these are all aimed for the purpose of attaining nirvana and hardly anybody seeks from her “sukoon” or solace, which spirituality is supposed to deliver. And, there was this lonely outcast Muslim girl in love, in the busy commercialized holy city of Haridwar, who came to the Mother Ganges, every single day, seeking solace and maybe some healing peace of mind.

The floating lamps of the evening

Naziya rendered us speechless with her final quiet words and we could not help but, again, wonder at the two faces of holiness at Haridwar. We left her sitting by her river and somewhere behind us, the temples went back to work as the Ganges twinkled with the light of hundreds of floating lamps.

Haridwar was a far cry

From the soul-soothing Rishikesh.

One of the holiest

It attracts hordes of people

The river, pilgrims, and the priests

That it seems to offer

Everything except spiritual solace.

This was my feeling, until

Who came there every day

In search of solace.