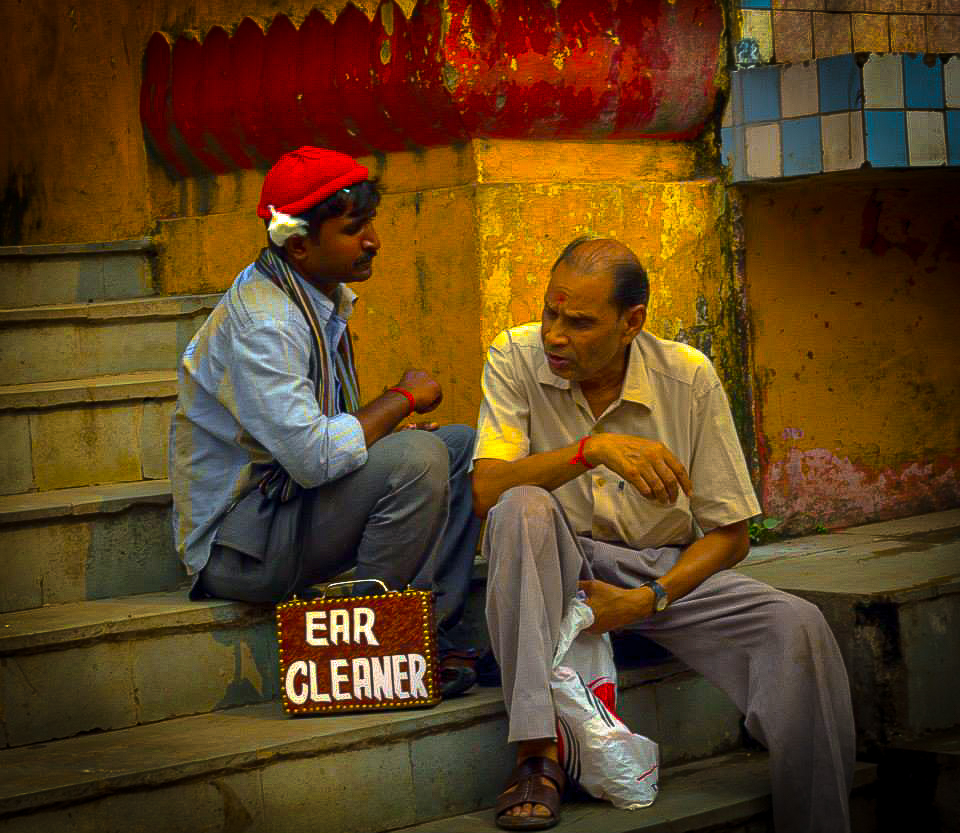 The charming nirvana of Rishikesh

My Rishikesh sojourn was in June or July. Rain poured from the sky whenever it felt like and the humidity was as sticky as thick honey. To make matters worse, the annual pilgrimage of Kawariyas was in full throttle and Rishikesh, Haridwar was an endless sea of orange. Kawariyas are Hindu pilgrims who traditionally are meant to carry pots of water and walk for miles, only to pour it on a Shivalingam in the state of Uttarakhand. In the olden days, this was a very tough pilgrimage that only the most devout could manage and it required great faith, dedication, humility, and perseverance. Even while growing up, I remember seeing pilgrims irrespective of social or financial status carrying water pot-laden bamboo poles and walking barefoot for days through the length and breadth of India in order to appease Lord Shiva.

Flute player by the Ganges at Rishikesh

They would be a silent dedicated bunch and the only words to pass through their lips would be calls of prayers, ‘Bom Bom Tarak Bom’. Sadly, this has changed over the years and most of the Kawariyas who were camping all over Rishikesh and Haridwar at that time were only following a fad. They arrived in trucks, in orange t-shirts and gaudy shorts, played loud Bollywood music, were lecherous to women, urinated publicly, and made a complete nuisance of themselves. This ripped off much of Rishikesh‘‘s aura for me and I preferred staying holed up in a lovely hotel in Tapovan for most of the time. Tapovan was very much to my liking. Located slightly uphill, it was clad in forests that gave off a monsoon woody fragrance and the view from my verandah was refreshingly beautiful. I could see the young Ganges flowing swiftly through softly rolling hills and in the evenings, a cool breeze used to carry echoes of prayer bells from the temples, up to my room.

My small ventures into Rishikesh included walking along tree-shaded thin lanes, scampering away from monkeys on the swinging Laxman Jhula, eating delicious vegetarian lunches at the oddly named Choti Wala, and sitting by the Ganges at sunsets. Rain-covered skies often diluted the sunsets into nothing spectacular, but I loved how sweet the Ganges smelled and the softness of her fine silvery sand bank. Once, I went strolling into the bustling market and it turned out to be a riot of colours. Quintessentially Indian and complete with pesky monkeys, stray animals, devout pilgrims, and awe-struck foreign travellers, holy men urged me to foretell my future by reading my palm, and funky cafes sold organic ayurvedic tea with apple strudel.

This is a Beatles loving holy city

Pilgrimage or a Party for Kawariyas?

I liked everything about Rishikesh. The fast-flowing Ganges thrilling the rafters, the eclectic mix of crystal healers, yoga ashrams, meditation studios, classical Indian music schools, the new age “nirvana” cafes, travellers dens, and the Sufi musical soirees. They existed along with the earthy Indian-ness of life and there were wooden toy sellers, vermillion heaped on sheets for sale, avoidable at best lemonade sold from mud pots, and all kinds of street food of dubious hygiene. Bare feet Indian pilgrims rubbed shoulders with international nirvana seekers and everybody went about their way, in peace and harmony. The only annoyance came from the Kawariyas and being an Indian woman traveling with a non-Indian partner, I had to face the endless brunt of lewd and crass eve-teasing. Their unkind, intolerant attitude struck me very hard since the other pilgrims of Rishikesh (both Indian and non-Indians) were strictly minding their own business folks. They too were on a spiritual journey, just like those Kawariyas and it made me again wonder, at the two faces of holiness. Which one would you choose to be?

A holy town in India.

Soothes all souls and

The Ganges nurtures them all.

Though divided in nature

To live and let live.

It is a real medley of funky, quirky

Rishikesh is a neat combination

Of most things interesting like bustling bazaars, holy men,

Soulful exclusivity by the Ganges