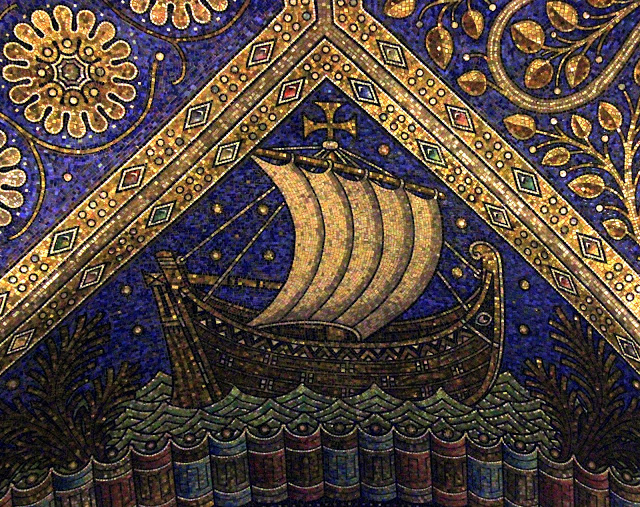 The incredible mosaics of Aachen Cathedral

Ever since I have settled into my nest, I have morphed into a ‘Smug Married” and have made a habit of boasting much about my travels as a couple. It is not something that I take pains to flaunt, but when the travel styles, temperament and interests match as much as ours, slipping into the couple traveling habit is not difficult to acquire. Hence, it goes without saying that Tarek and I travel quite a bit and while last year had included some really drastic tours across the globe, 2016 has brought in shorter explorations. This year, we have taken it easy, explored our surrounding areas on day trips and have enjoyed various spring summer fests in our city.

The lovely preserved city of Aachen had happened on one such day trip and the crown jewel of Charlemagne’s empire had been an amazing discovery. A really pretty city, Aachen had been an hour’s drive from Cologne, our hometown and we had reached there on one fine spring morning. That day the sun had been bright on a bold blue sky and yellow canola fields had ruffled in a balmy breeze. Spring, despite being a temperamental season, had been generously kind with sunny days this year and Aachen had swarmed with people. The crowd however had added to the festive cheer that only a sun filled day can bring and we had eagerly bee-lined for the heart of Aachen city. The preserved old town had been typically European with cobbled streets, street cafes and fountain filled squares and the city’s jewel, Aachen Dom had loomed high into the sky.

Though not a huge fan of medieval European style of architecture, I had found the Aachen Dom to be beautifully eccentric and the octagonal palace chapel had been the great emperor, Charlemagne’s dream. Often referred to as Kaiserdom or the Imperial Cathedral, Aachen Dom is an UNESCO World Heritage Site and one of the most famous examples of occidental architecture. It is also the oldest cathedral in northern Europe and the burial site of its famous ruler, Charlemagne. More than 30 German kings and 12 queens have been crowned within its opulent interiors and pilgrims have flocked there since the early 12th century. Designed by Odo of Metz, the Aachen Dom or the Palatine Chapel (as it is also known) had been commissioned by none other than the great Charlemagne himself and the enthusiastic emperor had added his own ideas to the design. The talented architect had based the emperor’s dream monument on the Byzantine church of San Vitale in Ravenna, Italy (as well as Little Hagia Sofpha in Istanbul) and thus, the grand holy cathedral had turned out to be a superb hodgepodge of octagonal shape, striped arches, marble floor, golden mosaics, and ambulatory.

The first German building to be included in the UNESCO World Heritage list, Aachen Dom had been surrounded by folklore, legends and interesting anecdotes and its dark Byzantine interiors had been crammed with exquisite works of art. The Devil’s Thumb had been one of the quirkiest tales associated with the Aachener Dom and it is believed that millions of hands have touched it throughout the centuries. According to legends, when the construction fund for the famous monument had run dry, the devil himself had appeared with the offer to lend money for its completion. In exchange, he had demanded for the soul of the first mortal to enter the cathedral after its dedication and the cash strapped city had readily agreed to this condition. Like all great works of art, the Aachen Dom had also taken years to get finished and during that time, the cunning Aacheners had come up with a plan to fool the devil.

Since, the condition had demanded for a mortal soul, the citizens of Aachen had chased a wolf into the cathedral ahead of them and the gullible devil had torn out its soul, without even looking. This rip off had gotten the devil into such a state of rage, that he had stormed out after slamming the heavy cathedral door behind him and in the process had torn off his own thumb by accident. The confused citizens had placed his severed thumb inside the head of one of the 2 lions decorating the cathedral entrance and till today, the faithful digit is said to have remained there for heavy petting by the Dom’s visitors. Though the unfortunate thumb had been the most interesting tale associated with the Aachen Cathedral, it had definitely not been the only one, and the entrance of grand monument dedicated to Mother Mary, had been the first bronze casting north of the Alps. Being used to the grandeur of the magnificent Cologne Dom, the eccentric exteriors of the Aachen Cathedral had not impressed me much, until we had streamed behind the crowd past the 1200 year old heavy bronze doors, into the dim cavernous interior.

His seat of power

A fantastic art gallery had opened up inside the mighty cathedral and the glittering palace chapel had taken our breaths away. The mighty emperor Charlemagne had the habit of collecting relics during his lifetime and most of them had still been kept at the Aachen Cathedral. Thus, the ambulatory had been nothing short of a treasure chest and the four most important impressive ones had been the cloak of the Blessed Virgin, the swaddling-clothes of the Infant Jesus, the loin-cloth worn by Christ on the Cross and the cloth on which lay the head of St. John the Baptist after his beheading. Apart from the religious relics, the emperor’s throne had also been housed within and exquisite art had crammed its every corner. Stunning blue gold mosaic work depicting scenes from the Bible had filled the walls and angels, cherubs, flowers, mythical merchants, prophets etc had stared from every inch of the cathedral interior. Beautiful blue gold vines had rapturously entwined in the empty space and sunshine filtering in through the usual arched windows in soft stained glass colours had made the mosaic decorated passage glow sapphire gold in the ethereal light. The effect had been most breathtaking and despite the crowd, Aachen Cathedral had not failed to mesmerize.

Though the exquisite mosaic art of the Aachen Dom had been enough to stun the visitors, its oldest and most impressive section had been had been the Pfalzkapelle, which in my eyes, had been nothing short of a masterpiece. An outstanding example of Carolingian architecture, the Pfalzkapelle had been completed in 800, the year of the Charlemagne’s coronation and it had been topped by an octagonal dome encircled by a 16 sided ambulatory. Beautiful antique Italian pillars had supported the holy place and the vast twelfth-century gilded Barbarossa chandelier had hung low over it. Charlemagne, himself had rested in eternal slumber underneath the stunning chandelier and scattered stained glass rainbows had cast colourful shadows over him. His remains had been encased in a 13th century gilded shrine and in the 14th century, a soaring, light-filled Gothic choir, fondly referred to as the “Glass House of Aachen” had been added over it, to help ease the crush of visiting pilgrims.

The tide of visitors visiting the Aachen Dom had continued into the present century as well and we had found the cathedral to be one of the most impressive in the world. The fact, that it had been nothing short of an architectural and art masterpiece had made it priceless in our eyes and its patron, the great Charlemagne’s magnetism had heightened its aura. The mighty emperor had been an ambitious man, who had dreamed of creating a “new Rome” and in his lifetime had achieved in building a large and prosperous empire. Such a feat had not been previously achieved in Middle Ages Europe and it had been no wonder that nearly all German kings had been crowned at Aachen Dom for 600 years. The beautiful cathedral had been a magnificent dream of a mighty man and in my eyes, the two had become one. The powerful ruler had somehow managed to channel his charisma and strength into his vision and thus, the Aachen Dom had been nothing short of a monument built to captivate, humble and keep the legend of its patron alive. If immortality can ever be achieved, then Charlemagne is still living today; as mighty and powerful as he had been in his lifetime and he will rule, until his spirit, which is the Aachen Dom exists on the face of the earth.

Art had been intricately

And achievements have been

Had been the perfect blend

Of East and West

For a beautiful sunny day