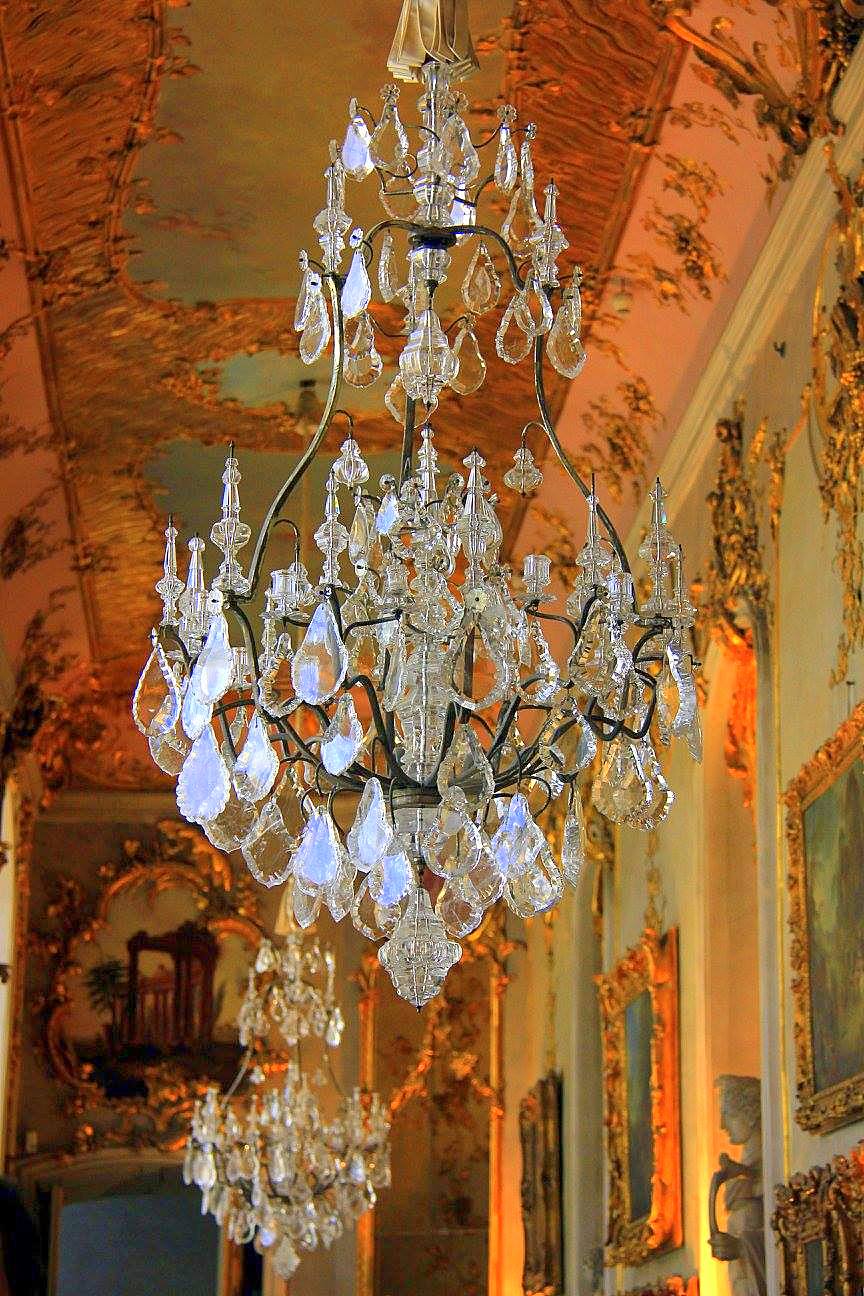 Photo essay of the pretty Sanssouci Palace of Potsdam near Berlin

“I have chosen the plans of the most beautiful of what has been built in Europe, above all in Italy. I have been able to have them executed with small funds of my own.”-Frederick II to de Catt, his reader, 1758. These were the words of the king Fredrick II of Prussia when he described his dream project of Sanssouci Palace and Parks. Sanssouci in French means “without cares” and that was exactly the reason why the German king wanted to build his palace outside Berlin. He craved for a sanctuary, a place where he could escape the pressures of the court and indulge in arts, music, and literature. Fredrick II was a king with great taste, money, and had the best architects and artists at his fingertips. Thus, Sanssouci Palace was created from scratch and no other palace is so closely linked with the personality of its creator than Sanssouci’s connection with Frederick the Great. He decorated the palace lavishly, laid out magnificent gardens, and invited his friends and supposed lovers there. It is believed that Fredrick II was homosexual, had a violent temper, and was prone to being moody. At Sanssouci Palace, he could be himself without any cares and the gorgeous complex became his sanctuary in difficult times.

Sanssouci Palace, a royal retreat “without any cares”

The task of building Sanssouci Palace and Parks was given to Georg von Knobelsdorff, who was one of the king’s most trusted architects. The project took three years to complete and the parks were laid out over the next five years. Apart from the main palace, the Sanssouci complex also contains the Neues Palais which was commissioned by Fredrick II to commemorate the end of the Seven Years’ War. Over the following hundred and fifty years, numerous other additions and restorations have been made, with Frederick’s great-great-nephew, King Friedrich Wilhelm IV adding palaces, which reflected his intense love for all things Italian. The main Sanssouci Palace is built in an unconventional wedding cake style. It sits perched atop a hilltop and has terraced gardens leading up to it. The funny thing is that the gardens were laid out way before the palace was constructed and Fredrick II wanted to cultivate figs, plums, and grapes there. Thus in 1744, terraced gardens were built at Potsdam but after their construction was complete, the view from the top was so beautiful that the king decided to build his summer residence there. Fredrick II really loved the Sanssouci Palace and Parks and till today, he lies buried there on the palace hill.

You may also like: Postcards from Potsdam, Berlin’s fairy-tale neighbouring town

Details of the Sanssouci Palace and Parks

Sanssouci Palace and Parks is a big complex of palaces, gardens, woodlands, monuments, and waterworks. Fredrick II loved waterworks and he decorated his parks with artificial channels, water basins, and pools. There, also used to be a Baroque garden which was later redesigned into a landscape park by his successors. The most extensive additions were done by Frederick William IV who built the Charlottenhof Palace, the Orangery, and the Roman Baths. Sanssouci Palace and Parks can be roughly divided into the following parts. This division makes it also easy for a visitor to navigate the complex.

This is where Voltaire once lived

Today, Sanssouci Palace and Park is a UNESCO World Heritage Site and considered as the German rival of the Versailles. Though, I find this comparison to be absurdly far-fetched especially if you have seen the Wurzburg Residence, Sanssouci Palace and Parks is still a very pretty estate. It provides a much needed cultural relief from Berlin and is an excellent day trip from the German capital city.

P.S – This blog post is part of the series called the Cologne Diaries, which highlights a new theme, emotion, and beauty of expat life in Cologne. For more exotic fun, check out my Cairo Chronicles in the Expat Life category.