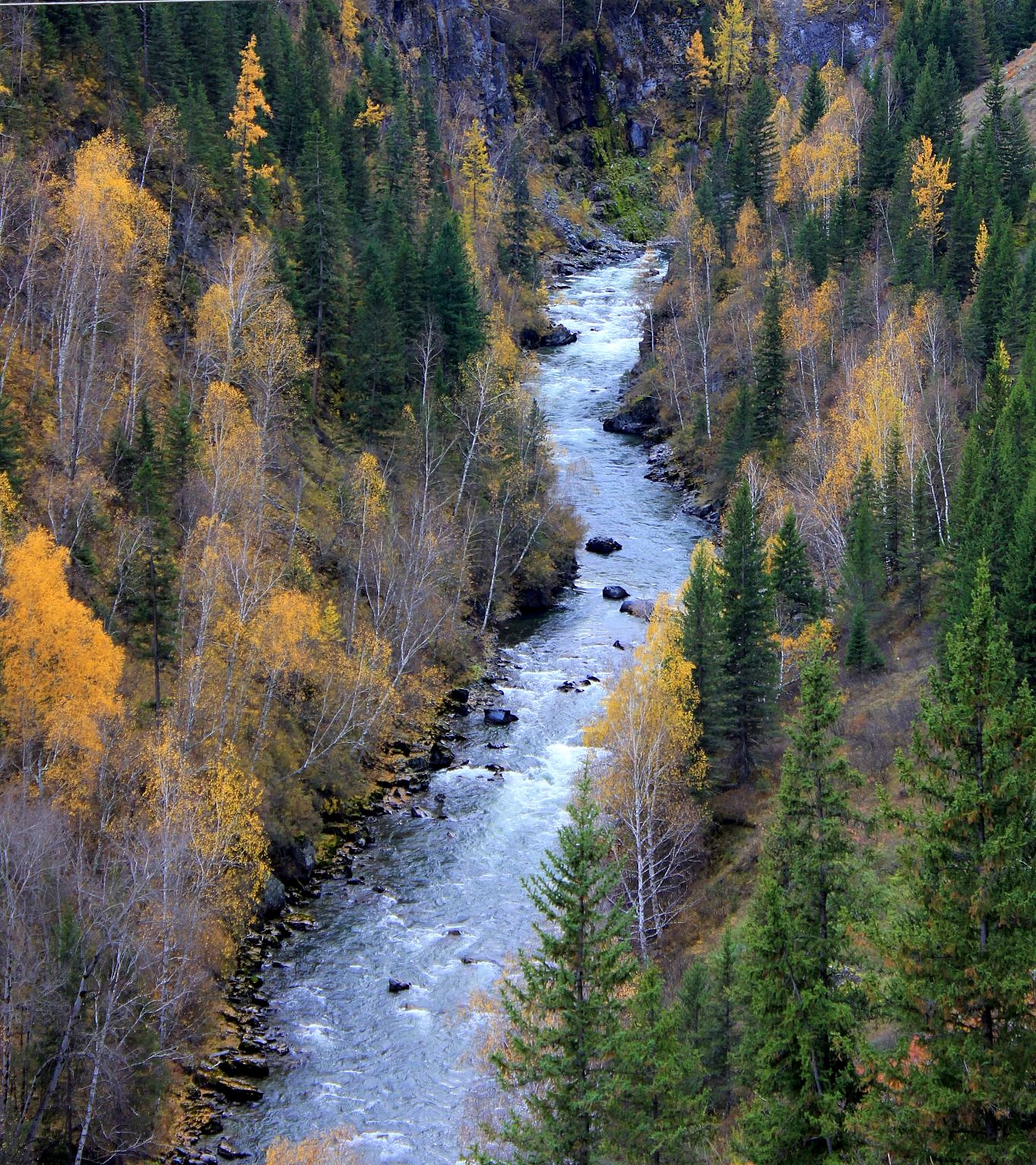 24 photos that will tempt you to visit Siberia

On a desolate splendor of this autumn night
We listen to the serene call of the gleaming moonlight
Deciduous trees stand tall to acclaim its magnificence
Conducting the melodious whispers of the cold and gentle wind
As each golden neon foliage shimmers and pirouettes on view
You hold me tight as I hold you, too
For this autumn night will rise the citadel of love…just me and you

Love is sweet and it gets even sweeter when set against the wild, untamed beauty of Siberia in autumn. Presenting “Autumn in Siberia” photo essay. Seen through my awestruck eyes, the photos are guaranteed to make you fall in love as well..with the golden maturity of autumn, Siberia and the wonderful carefree feeling which only vast, empty spaces in nature can bring. So come fall in love. It is the season of dancing leaves, scattered gold, apple picking and the first brush of snow.

Altai horses against an autumn background

I loved autumn, the one season of the year that God seemed to have put there just for the beauty of it. – Lee Maynard

“Winter is an etching, spring a watercolor, summer an oil painting and autumn a mosaic of them all.” – Stanley H. Horowitz

I see the turning of a leaf dancing in an autumn sun, and brilliant shades of crimson glowing when a day is done. – Hazelmarie “Mattie” Elliott

“Every leaf speaks bliss to me, fluttering from the autumn tree.” – Emily Brontë

“Two sounds of autumn are unmistakable…the hurrying rustle of crisp leaves blown along the street…by a gusty wind, and the gabble of a flock of migrating geese.” – Hal Borland

“Listen! The wind is rising, and the air is wild with leaves, We have had our summer evenings, now for October eves!” – Humbert Wolfe

“Autumn carries more gold in its pocket than all the other seasons.”  – Jim Bishop

Autumn glimpses of a hidden village

“Autumn that year painted the countryside in vivid shades of scarlet, saffron and russet, and the days were clear and crisp under harvest skies.” – Sharon Kay Penman

“The tints of autumn…a mighty flower garden blossoming under the spell of the enchanter, frost.” – John Greenleaf Whittier

“Anyone who thinks fallen leaves are dead has never watched them dancing on a windy day.” – Shira Tamir

Under the Siberian autumn sun

“The heat of autumn is different from the heat of summer. One ripens apples, the other turns them to cider.” – Jane Hirshfield

“It looked like the world was covered in a cobbler crust of brown sugar and cinnamon.” – Sarah Addison Allen

“Steam rising underneath a canopy of whispering, changing aspens; starlight in the clear, dark night, and wondrous beauty in every direction. If only all could feel this way, to be so captured and enthralled with autumn.” – Donna Lynn Hope

The striking colours of the Siberian rivers

Delicious autumn! My very soul is wedded to it, and if I were a bird I would fly about the earth seeking the successive autumns. – George Eliot

The golden tips of autumn

The richness of autumn

“Autumn seemed to arrive suddenly that year. The morning of the first September was crisp and golden as an apple.” – J.K. Rowling

“Fall has always been my favorite season. The time when everything bursts with its last beauty, as if nature had been saving up all year for the grand finale.” – Lauren DeStefano

“There is something incredibly nostalgic and significant about the annual cascade of autumn leaves.” – Joe L. Wheeler

The autumn stream and golden meadows

“Autumn is a second spring when every leaf is a flower.” – Albert Camus

“No spring nor summer beauty hath such grace as I have seen in one autumnal face.” – John Donne

Siberian autumn at its best

“I’m so glad I live in a world where there are Octobers.” – L.M. Montgomery