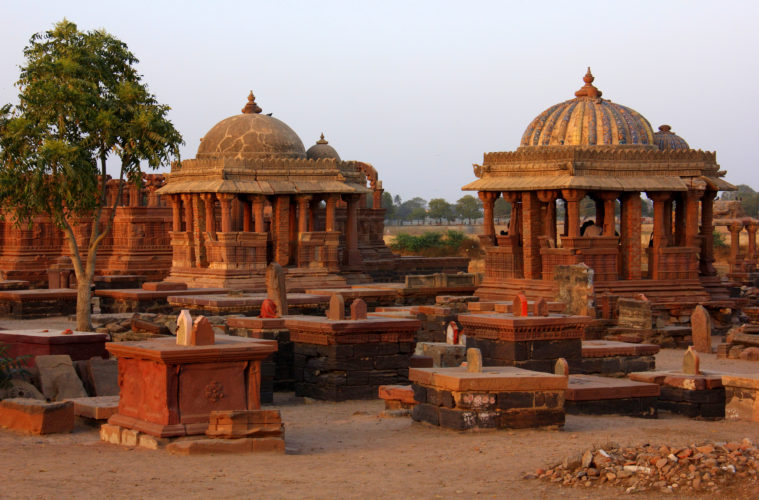 My Bhuj trip in photos

I remember nothing of Bhuj, except that it was dusty and had a lot of pigeons. The maximum time I spent there was around 6 hours and those were also being cooped in my hotel room, writing trip reports. My Bhuj hotel was a funny airplane shaped oldie which went by the name of Hotel KBN and it had an excellent Indian restaurant and super slow wifi. So, although I had my dinners there, my entire days were spent in the depths of Kutch and on my first evening, I had walked around the city a bit. There were two palaces in Bhuj and both were in not in their most glorious states. The Prag Mahal looked desperately forlorn after getting severely damaged in an earthquake.

The Darbar Hall of Prag Mahal

The Prag Mahal of Bhuj

It was the largest of the three palaces located within the Darbargadh walled complex. Belying its exteriors, the Prag Mahal had a jaw-dropping Darbar Hall complete with huge chandeliers, classical European statues, and an eerie taxidermy collection. The famous Bollywood movie Lagaan was filmed there partially and personally, I found the stuffed animals with bared fangs to be very off-putting.

You may also like: The beauty of Sarkhej Roza in Ahmedabad

The beautiful blue and white tiles of Aina Mahal

The Aina Mahal was much prettier and its blue and white Delphi inspired tiles gave it a Mediterranean feel. Built in 1752, it is a beautiful palace which lost its entire top floor in an earthquake. The ground floor which is open for the public has some lovely exhibits including Venetian glass candelabra and a gorgeous scroll.

The chattris or cenotaphs of Bhuj

The royal cenotaphs of Bhuj

The royal cenotaphs or burial monuments of the royal family of Bhuj lie near the quiet Hamirsar Lake. It is a very peaceful, best visited in the mornings or at sunset. Though many monuments are ruined by the earthquake, those dedicated to Lakhpatji, Raydhanji II and Desarji are still quite well preserved. Constructed sometime in the 18th century by Jadeja ruler Rao Lakhpatji, the umbrella-shaped cenotaphs of Bhuj are quite similar to other such monuments found all over Rajasthan and Gujarat. The only exception was the eye-catching dome with bright blue tiles which strongly suggested Persian or Ottoman influence. With that ends my Bhuj memories and all I have today are a handful of trip photos that I am sharing with you.