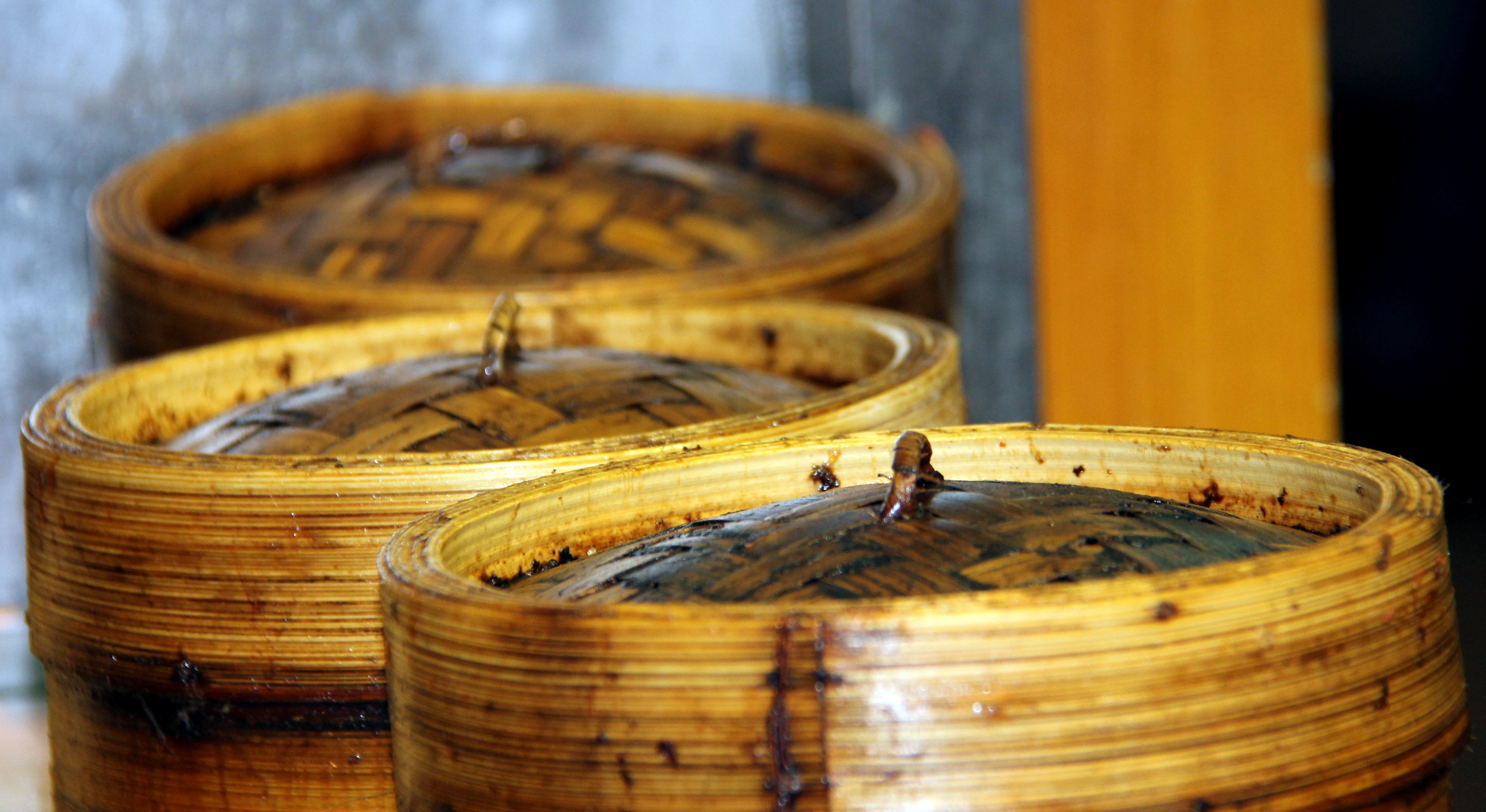 Hong Kong means the “Fragrant Harbour” and I like to imagine that it is due to their aromatic cuisine. Most of their dishes smell awesome and look absolutely too good to be true, and it is only a handful which can be pretty revolting for the senses. It does not mean that they do not taste good and the stinky tofu is one such delicacy. Just as the name suggests, this tofu can be smelled from a distance and it is a very popular snack in Hong Kong and mainland China. Traditionally prepared with brine made from fermented milk, vegetables, Chinese herbs, meat, dried shrimp etc, it takes several months for stinky tofu to be ready for consumption.

There is a saying that, the smellier stinky tofu is, the better it tastes and a street vendor in Mongok’s Dundas Street definitely wins this odorous competition. This is a Hong Kong street food classic and is found at numerous dai pai dongs throughout the city. Served deep fried with sweet or chilli sauce dipping, it is an evening snack. The list of Hong Kong’s strange food fetishes do not end here and bird’s nest soup, pork knuckles and ginger stew, salt baked chicken and pork floss are one of the its most bizarre culinary trials and are pretty awesome in taste. Fake Shark Fin Soup served in small bowls and sold by vendors along the streets is also very widespread and nowadays, the original shark fin has been replaced by vermicelli. Mushrooms, black fungus, pork, and many other ingredients are added to this boiling soup along with several seasonings like pepper, Zhejiang vinegar and sesame oil for full bodied flavour and it has seamlessly reduced the cravings for original shark fins.

Hong Kong takes its food seriously and the traditional craft of noodle making is still preserved in the city. Till today, unique handmade bamboo-pressed noodles are devotedly made by Mr Lau, the only traditional noodle master in town and his springy and crunchy works of labour sell at phenomenal prices. Stir-fried noodles with soy sauce is one of the most popular noodle dish and it is consumed for breakfast. Hong Kong produces a staggering amount of noodles every day and it is no wonder, that the city has many of its interesting variations.

Rickshaw noodle is one of the most unique and wholesome meals in all of Hong Kong cuisine and it has a very humble origin. Originating in the 1950’s as a street hawker meal, rickshaw noodles quickly rose to stardom due to its power packed ingredients. Noodles tossed with various cheap, yet filling, ingredients like hogskin, fish balls, sirloin, carrots etc with choice of sirloin sauce, satay sauce, curry sauce etc, used to be once patronized only by the blue collar workers of Hong Kong (like poor rickshaw pullers of yesterdays), thus rendering the dish its name. Slowly its popularity spilled over to the hipster and young crowd and rickshaw noodles became ubiquitous on the streets of Hong Kong.

The taste of rickshaw noodle are always customized according to the customers’ liking and the price of the dish depends on the ingredients chosen. Hong Kong has plenty of delicious cheap eats list and cart noodles with curry fish balls, chicken wings and pork intestines are some of the most unique variants available which are totally worth a try. Chee cheong fun or rice noodle rolls can also be sampled from the street food carts too and although, more of dimsum category, they can be had throughout the day. Delicate steamed rice sheet cut and filled with shrimp or barbecued pork, chee cheong funs taste heavenly when served hot with satay sauce dip.

Every colonized civilization in the world has a blending of cultures which can be found in every aspect of its life and this is especially felt in food. Hong Kong too has its own share of East meets West food and every historical event has left a mark on its cuisine. Strictly a dai pai dong specialty, Ramen luncheon meat is one such dish and its ingredients or serving style reminds me of WW II R&R stories of American soldiers. A very popular breakfast, Ramen luncheon meat is actually, scrambled eggs, sprinkles of local green and two slices of Spam (salami)/often sausages sitting atop a generous amount of ramen noodles. When served hot, it the perfect food for and super comfortable on the pocket too. Hong Kong as mentioned before, is a city full of smells and there nothing more tantalizing to the nostrils, than crispy roast duck.

Hong Kong is fabous, not just for its sights

Roasted goose is a traditional Cantonese dish and it features crisp skin, tender meat and savory bones, which taste even more delicious when served with cranberry sauce. Although both roasted ducks and geese are available all across the city, it is the bit darker, heartier, and with a more mouth-wateringly perfect crispy skin, goose ,which is most popular. Nearly every second restaurant in Hong Kong sells roast goose and the browned birds hang tantalizingly from skewers in shop windows. However, they do not come cheap and an affordable roast goose can be sampled at cha chaan teng Tai Hing in Mongkok.

Every food culture has sweet endings and Hong Kong too loves its deserts. The city also produces some of the most exquisite deserts and they are often phenomenally priced. One such dish, osmanthus with wolfberry curd is available at only most exclusive restaurants like the Michelin-starred Ming Court restaurant and these little gelatin treats, apart from their aesthetic appeal taste like heaven. The masses, also have their own variation of beautiful sweet dishes and sago mix is a traditional dessert, which is quite popular in Hong Kong. Its main ingredients are sago along with a variety of seasonal fruits and its the sweet and sour taste of fruits, combined with milky fragrance and chewiness of sago, makes it a top dessert choice in the summer.

Now Hong Kong dishes have really pretty names and white fungus and pear soup has always tempted me by the way it sounds. A popular winter desert, I found its name prettier than its taste, but then I don’t have a sweet tooth. After one trial, I have preferred the mango pudding made using agar, fresh mangoes, evaporated milk, sugar etc and when served cold it is simply heavenly. It’s light and creamy textures have made it such a hit and it is mainstay of Hong Kong dessert menus. Hong Kong’s culinary treasures are endless and the city is one of the best food destinations in the world. Apart from this culinary kaleidoscope, there are also specialty stores which sell beef jerkies, dried sea food etc and a host of wet markets for a quick fill of fruits and nibbles. All this and more makes Hong Kong a must visit destination and it is no wonder that it is Asia’s truly global melting pot.