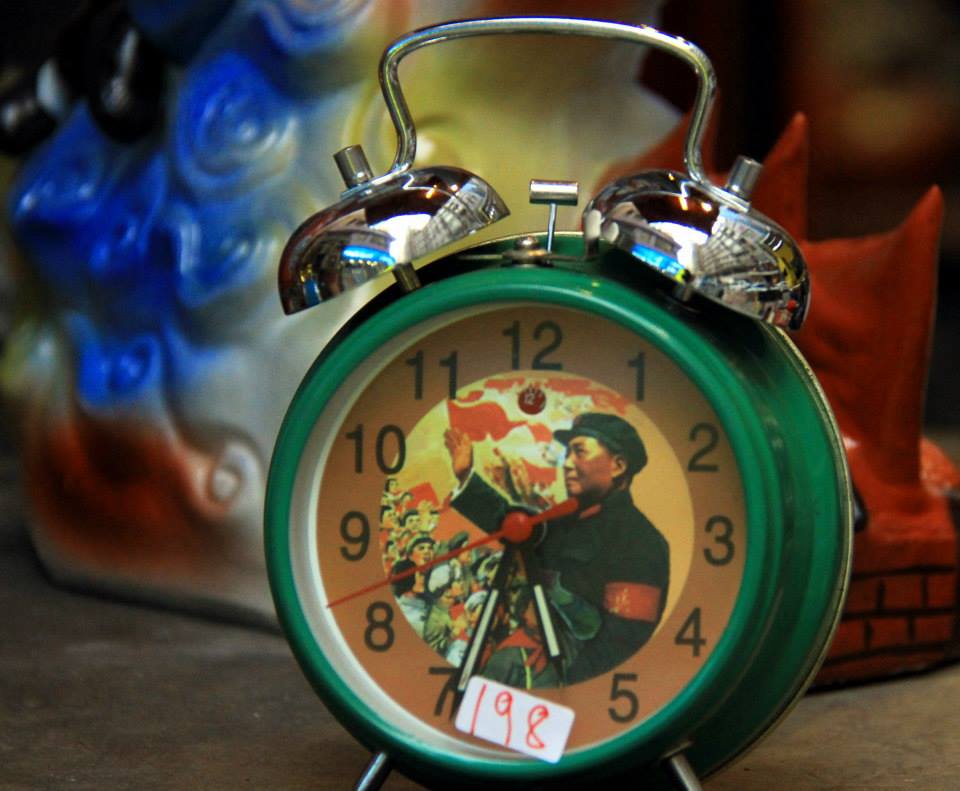 I spent the rest of the day going through Western Districts.It is not a very big area and seamlessly blends into the busy Central district.After getting rejuvenated by the egg tart,I continued my walk.It was the hairy crab season and Christmas too was just round the corner.On the bank of its home, Yangcheng Lake,in Jiangsu province in China, the little fellas get an official flag-off grand ceremony to open its season.

TRAVEL TIP-Although nearly every HK restaurant and chef worth his salt,offers unique hairy crab delicacies the most popular recipe however is to simply steam it and enjoy it dipped in Zhenjiang(also from Jiangsu province) black vinegar and accompanied by slices of ginger.Known for its fresh,clean taste this crab is primarily sought after for its roe and not meat,and the female crabs are in more demand.

They were all over the Western district like a local celebrity with posters,graffiti and endless pasted pamphlets dedicated to them.Whether in little aquariums or neatly wrapped in leafy packets,their hairy claws poked out from every nook and corner.Western District did not seem crazy busy to me and life happened there in a comfortable pace.

I walked up to Hollywood Road which is very popular with antique hunters.There were myriad of genuine antique and furniture shops selling rattan, blackwood chests, snuff bottles, and porcelains along with lots of hole in the wall stores with quirky kitschy stuff on display.Grand porcelain vases stood next to outdated table fans,bird cages,old Chinese posters,scrolls and Chairman Mao memorabilia.It was an absolute treasure chest for old,outdated and fun things.I peeped inside the dusty poky corners,touched those ancient Chinese relics and wondered if even the owners knew as to how many priceless items lay there.

The owners were a friendly bunch and happily allowed me to explore their shops and take photographs.I bought a cute Chairman Mao wristwatch and went further down Hollywood Road.Man Mo temple was just a few steps away and in spite of its religious importance,looked dismally crushed by the surrounding highrises.They were all over the skyscape and again the familiar feeling of claustrophobia clutched my throat.Western and Central districts are built along hillside and the roads there went winding up and down in cascades.I immediately paused underneath an ancient banyan tree to catch my breath and smelled its huge earthy tangles.Banyans are a constant feature in Hongkong cityscape and tree walls are much written about.Ageless wise roots tangled down to the pavements and possessively clung to their patch of HongKong.The rooty contact comforted me and I walked inside the temple premises.

Built in 1842, Man Mo temple attracts dozens of tourists and worshipers who throng carrying joss sticks and huge incense spirals.Thick, clouds of fragrance envelop the temple and it does provide a bit of solace under its elaborate roof.’Man’ is the god of civil servants and literature while ‘Mo’ looks after the martial arts and war. Statues of the legendary Eight Immortals stand guard outside the temple with two solid-brass deer adorning the main chamber. There are three sedan chairs encased in glass at the altar and the whole effect of this spiritual spot cocooned in materialistic HK is very strange.It is also a great place to catch a breather and watch the immense incense spirals mesmerizingly dangle from the ceiling.These spirals last up to weeks and are very heavily perfumed.

After a fragrant respite I went up the Ladder street.A breathtaking(literally) 65 meters long stretch of uphill street it houses some of Hong Kong’s oldest shuttered buildings complete with wooden balconies and elaborate carvings.There were lots of colourful street art all along Western District and defiant,quirky and bold they were tangible expressions pulsating through the heart of HK. Ladder Street turned out to be too lofty.I quickly ran out of breath and tumbled down back to earth.

Cat Street (Upper Lascar Row) happened immediately and it was a wonderful break from the uphill heritage hunt.There was a flea market/Cat Street Bazaar happening and it was a happy celebration of cheap,fake and interesting bric-a-bracs on sale.The stalls sold all kinds of paraphernalia including trinkets,Mao”Little Red Books,” paintings, posters and statues.Skillful bargaining was allowed there and was being practiced meticulously.

The colours of Cat Street however was not restricted to just its souvenirs.It has an equally colourful history too.Infamous in olden times for seamen’s lodging houses and brothels it was a popular haunt for opium addicts,criminals and all kinds of low-life characters.Its got its name from the Indian sailors or “lascars,”meaning East Indian sailor or army servant who lived in nearby boarding houses while waiting for a berth on a ship.The origin of the nickname “Cat Street” is unclear but it is believed that “cat burglars” brought stolen goods there to sell.Another theory refers to cat meat being sold here,thus giving birth to its name.In the 19th century it was a “no-go” area for Westerners but in the early 20th century the street became a center for antique shops and second-hand goods.

It got late by the time I finished my walking tour of Western District.There were still lots more to explore but unfortunately time and hunger forced me to go on a grub hunt.It was late noon and the perfect time for sampling HK’s famous silk stocking milk tea. A lingering colonial tradition, it is a lovely substitute of the British practice of afternoon tea,where black tea is served with milk and sugar.Thoroughly different from the Chinese tea it enjoys nearly the same ubiquitous status that coffee holds in the Western world. It is not offered at traditional Cantonese restaurants or dimsum teahouses,but is a standard fare in Hong Kong-style western restaurants and Hong Kong’s historic dai pai dong(traditional HK street food vendor).It is served both hot and cold and either comes in ceramic cups or tall plastic glasses.

TRAVEL TIP-HongKong stylE milk tea/silk stocking tea is made from black tea with evaporated or condensed milk. The key feature of this tea is a sackcloth bag that is used to filter the tea leaves. Although nowadays other filter/strainer are also used,sackcloth bags are generally preferred.This bag reputedly makes the tea smoother and develops an intense brown colour as a result of prolonged tea drenching. The shape of the filter(it resembles a silk stocking) renders it the nicknames “panty hose” or “silk stocking” milk tea. It is an important aspect of in HongKong tea culture and hailing from another colonial tea loving city,became a must for me.

I had my afternoon cup of silk stocking milk tea in HongKong and missed home badly.It was just another cup of tea found in every nook and corner of India and had all the criterion of what we consider should make a good cup of tea.It was smooth,full bodied and creamy with the right amount froth on top.We have an indigenous name for it as well,”malai mar ke” which means with butterfat on top and it is considered to be an orgiastic tea delight.I had my HK style milk tea with a freshly baked wife cake.Although a traditional Cantonese pastry, sweetheart cake or wife cake has a flaky and thin skin encrusting winter melon,sesame and almond paste.It is mildly sweet,unlike Western pastries and nicely flavoured with five spice powder.

Wife cake,like most of HK’s uniqueness has a lovely tale behind its origin. In fact there are many wife cake legends but my favourite one was that of a dimsum chef’s wife creating a pastry with winter melon paste,a secret recipe she had learned from her mother.The new pastry was found to taste better than the dimsums that were being sold in teahouses and the chef proudly declared to everyone that it was made by his wife, hence coining the lovely name “Wife Cake”.

My feet ached by evening and I felt too full from the milky tea and pastry.I gladly returned back to my room and rested until dinner.It was very peaceful to relax on my bed and watch HongKong evening settle in.The sublime sunsets would always give way to violet twilights and the skyrises around me would light up magically like a million fireflies flying into space.Hunger pangs set in again and I ordered in.A bland overpriced plate of fish and chips arrived on an over sized platter and I had it on my bed with HongKong’s brilliant skyline at my feet.

TRAVEL TIP-There are lots of places of interest in the Western District area of HK. I am mentioning a few here as a quick guide for a DIY Western District walking tour.The Dr Sun Yat-sen Museum is located in a magnificently preserved Edwardian building and it celebrates the life of the “Father of Modern China” through various exhibits.The building is a blend of Chinese and Western architectural styles with a magnificent central staircase with stained-glass windows and splendid first and second floor balconies and balustrades.

Wing Lee Street is also worth a stop.It is the last remaining street in Hong Kong which is entirely lined with 12 tong lau.Tong Lau are typical postwar 1950s Chinese-style tenement buildings and the tong lau on Wing Lee Street are unique to Hong Kong and southern China.

The imposing Sai Ying Pun Community Complex was originally a Government Civil Hospital Nurses’ Quarters.Built in 1895 its magnificent facade is still preserved while the rest of the building has been rebuilt. In 1939 part of the building became a mental hospital and European nurses were also accommodated there.It ceased to provide staff quarters in 1941 and after the patients were transferred to a new mental hospital in 1961, the building was abandoned. Rumors say that it is haunted,like many of its counterparts all across the world.

Medical history and heritage architecture lovers can also visit the Hong Kong Museum of Medical Sciences (Old Pathological Institute) and Kwong Fuk Ancestral Hall/Pak Sing Temple, on Taipingshan Street. The institute building is one of the best-preserved Edwardian Colonial-style buildings in Hong Kong and was declared a monument in 1990. The Ancestral Hall is little known to tourists but has a fascinating poignant history. After colonization of Hong Kong many mainland Chinese moved there in anticipation of a better life. The reality was however different and many died homeless without any relatives to take care of their burial.

Pak Sing Temple was built in 1851 to house ancestral (commemorative) tablets for these people so that relatives could come and take the tablets back to family on the mainland.However,during the outbreak of plague when the terminally ill patients were thrown out of their homes,they took refuge in the ancestral hall.There the dead and dying lay together in filthy conditions with no medical attention,which lead to subsequent outcry and lot of bad press. The then Governor Richard MacDonnell immediately granted the Chinese a piece of land nearby to build Hong Kong’s first Chinese hospital, Tung Wah Hospital.

After every heavy dose of history in HongKong,drive away the moody blues with sheer food or retail indulgence.Step into a glitzy HongKong style Western restaurant or a traditional dai pai dong after a stroll in an expensive mall or interesting street market,all of which are scattered across the city.HongKong,the epitome of paradoxes is truly a city to suit all pockets. They were really cool

I took a little spiritual break at Man Mo temple

Under a fragrant banyan tree Before continuing my fun trip And I finally got tired I gave the celebrity Instead happily indulged in