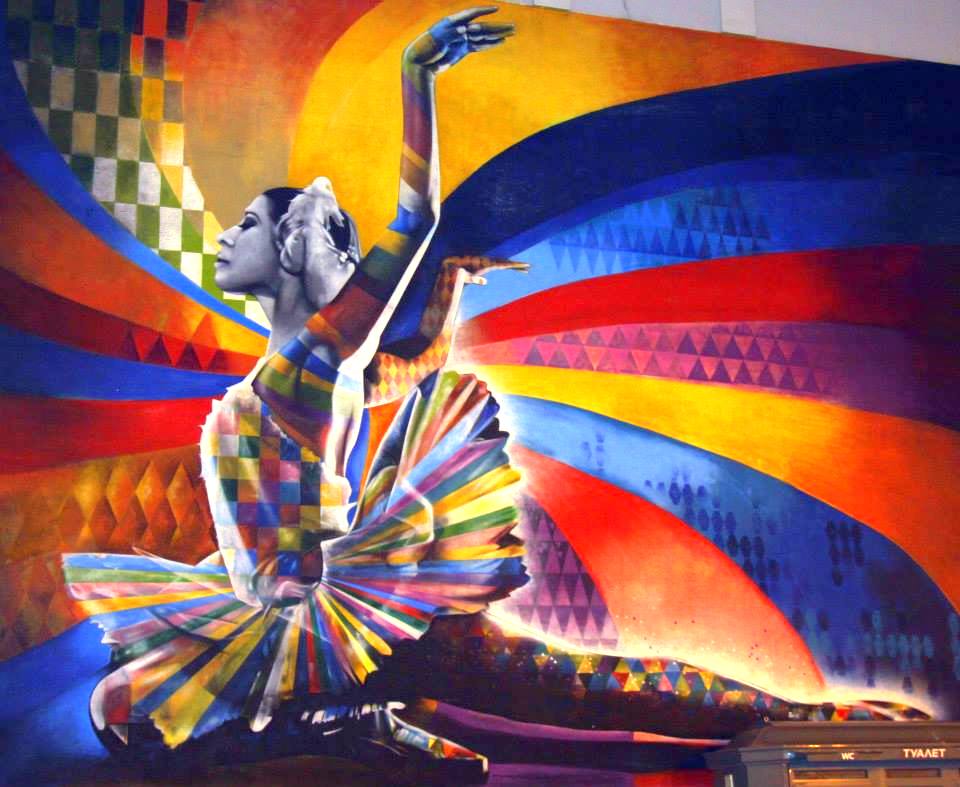 My first impressions of Russia

As I was writing the previous posts on autumn in Russia, memories of my first trip to this vast country came rushing through my mind. It was in 2008 that I first visited Russia and that trip too happened in early autumn. I remember having romantic images of big fancy dachas, exquisite Russian dyoshkas, and ornate etiquette on my mind as I boarded for the Aeroflot flight from Delhi, and needless to say, I was super excited. My first impression of Russia, the moment I stepped out of the airplane, however, shattered a lot of those fancy notions and I remember thinking that the airport looked old and provincial. The arrival hall of Sheremetevo Airport looked rundown and dismal(poorly lit, old outdated trolleys and conveyor belts) but the immigration and customs process was hassle-free. Taxi drivers swooped upon me and the other foreigners the moment we stepped out into the city and I got shamelessly fleeced by a sham taxi driver.

My Za Za Zoo Hostel on St Maroseyka Street was located in the city center just 10 minutes away from the Kremlin. After weaving in and out of traffic more than 1 hour in the beautiful afternoon sun, it struck me hard that Moscow had one of the worst traffic congestions in the world. Vehicles moved at snail’s pace through the wide roads and there were so many cars that I could not figure where the line stopped or started. Moscow’s behemoth traffic seems to have a life of its own and during evenings, the congestion can drive one crazy. I was marveling at it when suddenly the onion domes of the churches inside the Red Square loomed in front of me. In the afternoon light, the domes looked gorgeous in their sensuous shape and candy stripes and I was awestruck by the simplicity of its beauty. There is a saying in Moscow that all major routes lead to the Kremlin and I watched in awe as wide roads full of cars all snaked towards the pride of Russia.

You may also like: THE STORY OF THE MOSCOW METRO DOGS

Red is the colour of Moscow

2nd impression of Russia: Moscow, the city of billionaires

It was obviously a very upscale area and glamorous stores flashing expensive brands lined up in rows. From the sights out of my taxi window, Moscow seemed to be the richest city in Russia and there were just too many upscale salons, jewelers, restaurants, and boutiques lining its streets. The cars were shiny roadsters with Audi, Bentley, Porches and the likes and I realized that I was in the city of maximum billionaires. That was my second impression of Russia and I soon found myself craving for a bit of normal life.

Thankfully, Hostel Za Za Zoo gave me the slice of much-wanting normality and it was a nice friendly place. The hostel’s Serbian migrant boarders were a welcoming bunch and they longingly spoke of their lives back home. They talked of their mums, families, sweethearts, and friends whom they have left behind and it was a far cry from the glitzy Russia which surrounded the humble hostel. The manager Timmy helped me settle in, registered my passport and gave me all the information I needed along with the Metro map. I went out for dinner at a nearby restaurant and from the window, watched the night settle noisily over Moscow. It got colder as the night deepened and Moscovites crowded the city’s bars, cafes, restaurants, and coffee-shops. My first Russian dinner was thankfully a very different affair from the cheese and cold cuts platter served on the Aeroflot flight and I feasted on Ukha (a fish soup), fried pork in berry sauce, and a skillet of smoked red berries with cheese. The dinner came with a glass of non-alcoholic bread drink of Kvaas and I found myself finally relaxing on my first day in a new country.

One of the incredibly beautiful church domes and spires of Moscow

Handy tips for the first day in Moscow in Russia

The world’s largest country seems to have it all: awe-inspiring natural beauty, exquisite architectural jewels, ornate culture, intriguing folk rituals, glitzy metro cities, and lots of myths. This is the land of massive economic, political, and social power. It is also the land of shamans, bears, volcanoes, icebergs, and long unexplored stretches of taiga. Imagination runs wild when it comes to Russia and it is one of my favourite places in the world.

Inside the picturesque Kremlin

This is one of the loveliest sights in the world

Details on the monuments inside the Red Square

Some more incredible domes of Moscow

An autumn view of a park in Moscow

Moscow has some beautiful street art