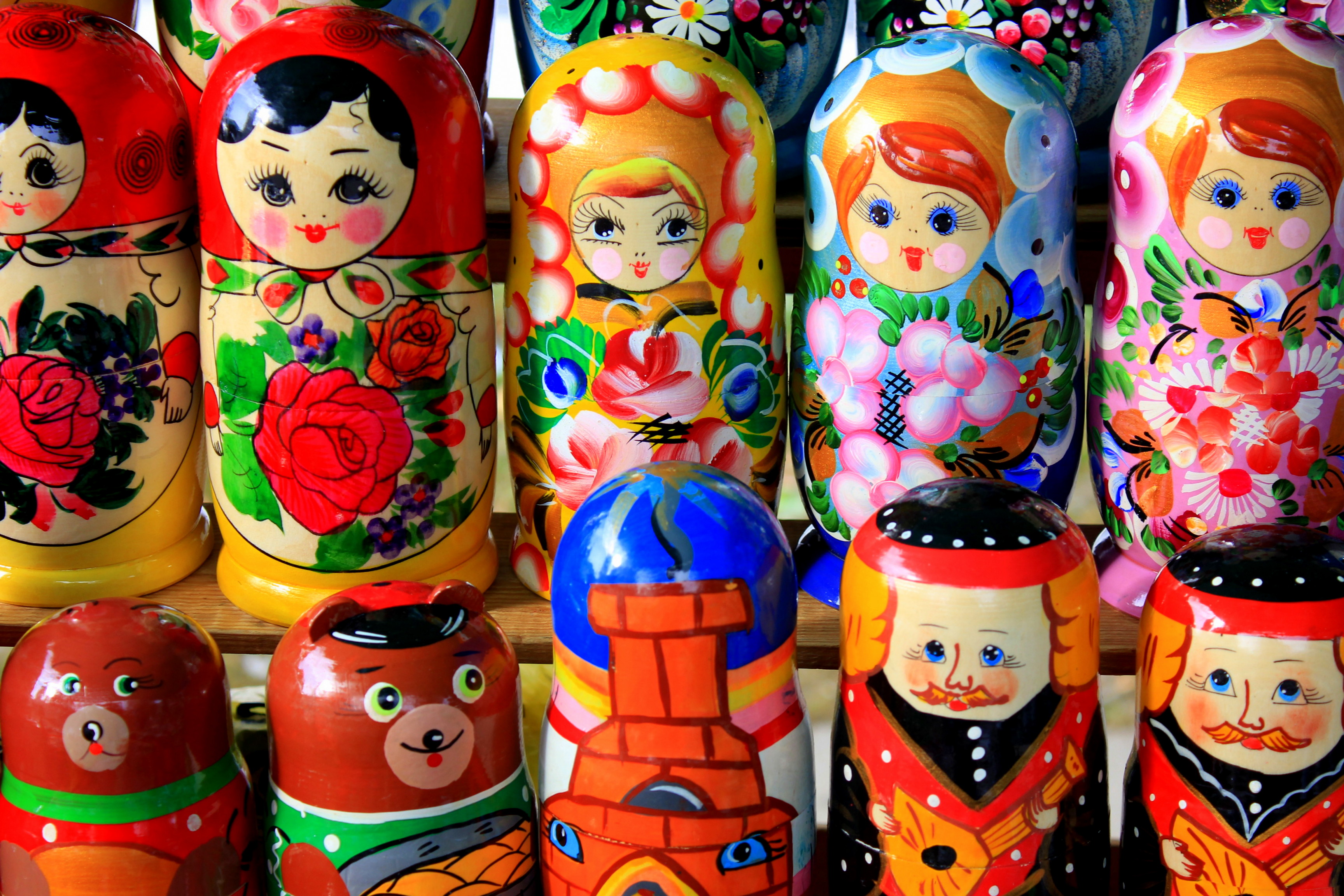 Suzdal in Russia is timeless and the reason is the lack of train connectivity. In 1824 when the local merchants failed to convince the government to build a Trans Siberian Railway through their home town, they had no idea how much their failure would benefit Suzdal. As a result, the picturesque town got avoided not only by the railway but time also froze there. Located on the banks of Kamenka River and only 26 kilometers away from the administrative capital of Vladimir, Suzdal is one of Russia’s oldest settlements. Founded by Prince Yury Dolgoruky, Suzdal was the capital at the time when Moscow was just a “cluster of cowsheds” and the historic town dates back to the early 11th century. Today it is the crown jewel of Russia’s Golden Ring and makes a great destination for day trips from Moscow. A serene and charming place, online photos of Suzdal’s postcard-prettiness, churches with candy-colored domes, rustic wooden structures, and flower-filled meadows caught my attention and I set off for it on one fine autumn morning. At that time, I was staying in Moscow and had a long unplanned weekend at my leisure.

Vladimir to Suzdal on a Sunday morning

It was a Sunday when an early morning bus from Vladimir, carrying me, rattled down Russian country roads towards Suzdal. Though it was not a long drive, time somehow passed sleepily and I nodded off in the cozy warmth of the bus. Thus I had no sense of time, and by the time I reached the Suzdal’s city center by taxi, its beautiful churches were busy with activity. Famous for being one of the main orthodox church religious seats in Russia, many stunning monasteries dot Suzdal’s rolling meadows and two of them are included in the UNESCO World Heritage list. With tourism being its only industry, Suzdal protects its historic monuments with the utmost care and a great number of stunning examples of the Russian architecture of the XVIII-XIX century are fiercely preserved there. This rigid preservation attitude has made Suzdal evolve into an open-air museum and there are nearly 305 historic monuments and buildings in the little town.

It is timeless and beautiful

Kremlin, the oldest part of Suzdal

The oldest part of Suzdal is called the Kremlin and it dates back to the 10th century. It is said that Moscow’s namesake landmark was inspired by it and the fortified sanctuary once housed the royal family, the archbishop, and the high clergy. A beautifully preserved park, Kremlin’s 1.4-kilometer-long terracotta rampart contains a number of houses and churches, including the UNESCO Heritage Site of Nativity of the Virgin Cathedral. A gorgeous snow-white monument, with blue onion domes spangled with gold, the Nativity of the Virgin Cathedral is one of my most poignant memories of Suzdal and I can never forget the sight of its golden stars twinkling against a sunny cloudless sky.

You may also like: Altai Krai, Siberia Travel Tips

Suzdal in autumn is the loveliest combination

In fact, my Suzdal experience is one big jumble of beautiful memories and it is one of the most picturesque places I have ever visited. The saying, “The first impression is the last impression”, stands true for Suzdal and my first sight of the historic town completely mesmerized me. For those of you, who have ever fallen down Alice’s rabbit hole to some kind of timeless wonderland, will understand what I am trying to say and it is one of those “see it to believe it” kind of places. Autumn with its changing foliage and the honey-soft sun is a lovely season by itself and in Suzdal, it looks simply gorgeous. I vividly remember hearing the sweet tolling of church bells, people’s joyous laughter and the rustling of autumn breeze even before I reached the town square and then, all of a sudden Suzdal’s preserved beauty opened up in front of me.

Suggested for you: 24 photos that will tempt you to visit Siberia

Suzdal is located by the Kamenka River

The historic city center is so picturesque that it was a popular place for weddings and during weekends, there is quite a rush of excited brides queueing up to pose for their marriage photos. Though crowded and a tad touristy, the historic center of Suzdal is atmospheric. It is filled with blushing brides in billowing gowns posing next to old wrinkled babushkas selling preserves from baby chairs and children waiting patiently for pony rides. Undoubtedly, the lifeline of Suzdal’s tourism, the town square is the hub of all things nice and everything revolves around the Trading arcades on Torgovaya Ploshchad and the Red Square. Beyond, the picturesque green town spread out in idyllic pastoral peace and goats, chicken and cows graze on the grassy meadows. Church spires and fairy tale convent domes peep out from nearly every corner and in the soft autumn sunlight, the Kamenka river sparkles like a sheet of molten diamond.

Suzdal is the crown jewel of the Golden Ring

Suzdal in an autumn afternoon is too beautiful to leave and so I walked around the little village for quite a few hours. It was a slow leisurely walk, during which I ambled along ancient streams where old women washed clothes. I walked just about everywhere and explored the countryside until the Godzilla Hostel stood in front of me. An old cozy traditional Russian home, Godzilla Hostel provided everything that a traveller needed and it was run by a chatty friendly local woman who did not speak a word of any language other than Russian. This, however, did not prevent her from having happy, welcoming monologues with her guests and I immediately felt at home with her. Thus began my long weekend at Suzdal during which I enjoyed many one-sided conversations(mostly with the hostel owner), read a lot, and enjoyed being at a pretty place like Suzdal.

I made friends in Suzdal

How to Reach Suzdal

There are intercity (mezhdogo rodnie) and local buses that go through Suzdal from/to Vladimir, Ivanovo, Kostroma, Yaroslavl, Ryazan, and Minsk in Belarussia. The tickets for the transit buses (that go through Suzdal to go somewhere else) are sold upon arrival of the bus. Sometimes, these buses don’t arrive on time so it’s better to queue beforehand to make sure that you’ll have the tickets. The bus station is open from 5.00 until 20.00.  It is located on the edge of the city and is 20 minutes’ walking distance along Vasilievskaya st. from the Trading Arcades or Sovetskaya Square. You can take a taxi to the bus station. Public transportation is irregular in Suzdal and this little town is easily walkable.

There are two ways to reach Suzdal by bus. Either take a bus that goes to Suzdal or Ivanovo as their final destinations or take the transit bus to Vladimir and from there change the bus to Suzdal, which leaves in every half hour. Please note that this schedule is subject to frequent changes and should be considered as a basic guideline to understanding the timings.

Getting to Suzdal from Moscow by train

There are no direct any trains to Suzdal from Moscow. The easiest way to get there is via Vladimir. You can take the local electric train from Moscow’s Kursky and Yaroslavl stations, which takes 3.5 hours and costs about 400 RUB, or you can take one of the faster and more comfortable (and more expensive) regional express trains. These are called “Strizh” and “Lastochka” and follow the Moscow-Nizhny Novgorod route. The fast trains take only 1 hour and 40 minutes. From Vladimir you can get a bus to Suzdal from the bus station across from the train station for 72 RUB.

Where to Stay in Suzdal

My preferred place to stay in Suzdal is the cozy Godzilla Hostel. There are also many hotels and private guest houses around.

There are several main attractions in Suzdal: the Kremlin, the Museum of Wooden Architecture, Trade Square and monasteries. Suzdal’s medieval architecture and wooden houses are perfectly combined with its natural landscape and the city looks like an open-air museum. There are many walking routes in Suzdal. It is recommended to start from the Kremlin and then visit the Museum of Wooden Architecture to see traditional life. After that, follow the broad walk through the Il’insky meadow to visit monasteries. There are 5 monasteries in the town that are located next to each other within walking distance. The Pokrovsky Monastery is known as the final resting place for women of aristocratic families. The most beautiful local churches of Suzdal are the church of St. Antipius and the five-domed Cathedral of St. Lazarus on Old Street. Savior Transfiguration Cathedral has gorgeous 16th-century frescoes and the paintings are by the famous masters of the 17th century. Golden Gate inside the Christmas Church is also famous for its art.

It was a bright autumn day

The flowers of Suzdal.

Was charmingly rustic, and the historic town

Suzdal is the seat of the Russian Orthodox Church

And to me, Suzdal was