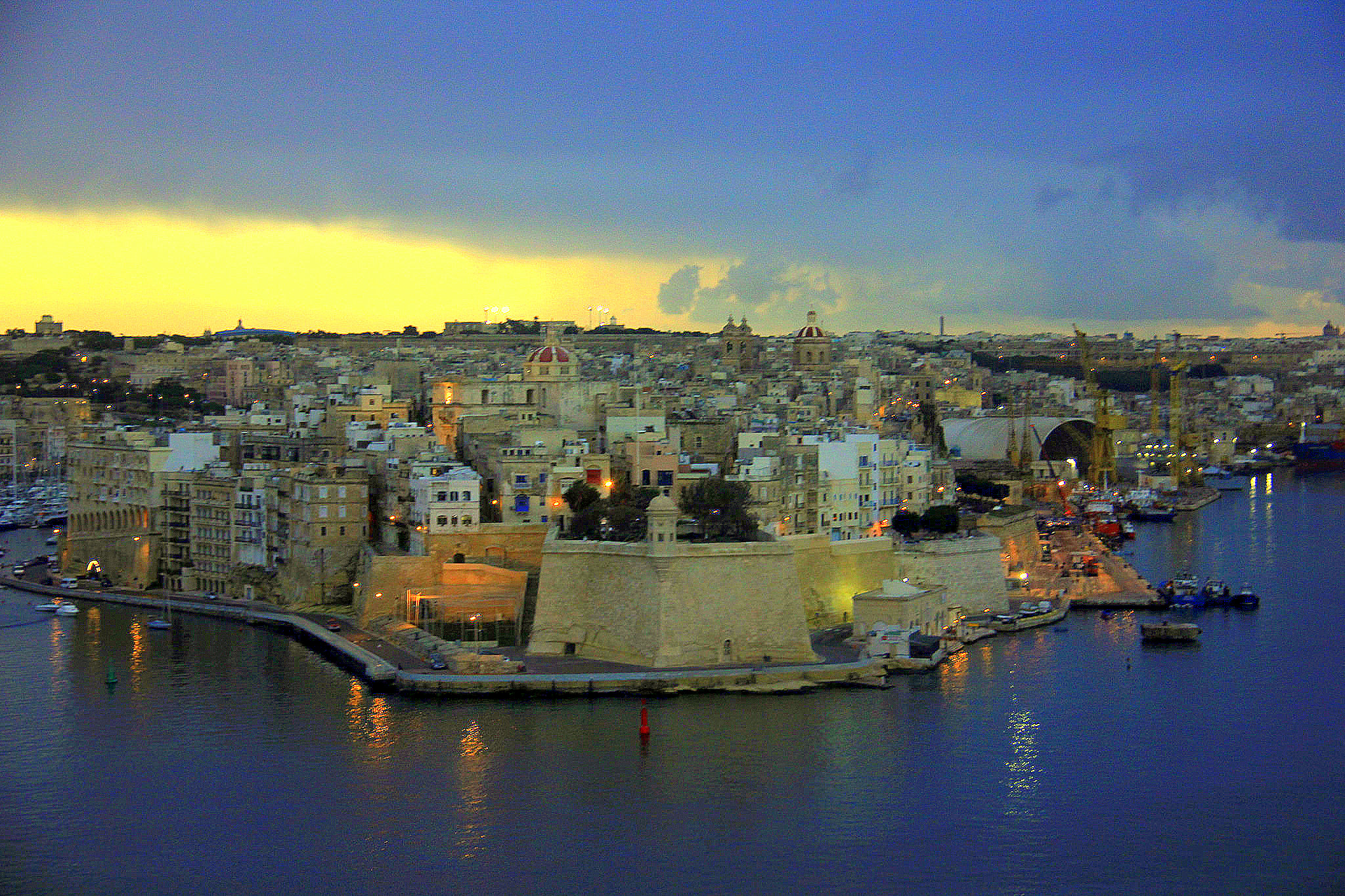 A winter break in Malta

The first thing that struck us about Malta was the abundance of warm sunshine. It was bitterly cold in Germany when we boarded our flight for Malta. The trip was an impromptu unplanned winter break and part of our birthday-wedding anniversary celebration. Ryanair was offering cheap flights to practically everywhere in Europe and only Malta promised of good, clear blue skies. Thankfully, the small Mediterranean country did not let us down and the first sight of Malta’s incredible coastline from our plane window took our breaths away. A sapphire blue Mediterranean Sea frothed around the rugged grassy coast and bright sunshine sparkled on the water like a million diamonds.

Since the main island of Malta is dinner plate sized and reputed to have a spotty public transport system, we decided to opt for a self-drive trip. The rental car came with the Ryanair package and in retrospect, it was a travel decision as good as gold. Akash was around 10 months old when the Malta trip happened and he was happiest when travelling in a car, secured in his car seat. Thus our short winter break went smoothly without much baby hassle and it also gave us the freedom to stay in a picturesque fishing village called Marsaxlokk.

You may also like: Why you should visit Malta?

Malta kept its promise of sunny skies and warm breeze

Suggested Read: Tips on planning a road trip with a baby

Belying its small size, Malta offers hosts of attractions and one can easily spend weeks there exploring the island nation to the fullest. To begin with, the country has three beautiful islands of Malta, Gozo and Camino, each of which offers unique experiences. Both Gozo and Malta are also steeped in architectural beauty and history and then there is the breathtaking coastal beauty. A brilliant blue surrounds Malta and the landscape is a patchwork of dizzying limestone cliffs with sheltered bays housing gin-clear water and red-gold beaches. We, however, had only three days with us and the added responsibility of travelling with a small baby. So, we took it slow, spent lazy sunny mornings at Marsaxlokk, explored the prehistoric temple sites at noon, and enjoyed beautiful sunsets by the sea or at one of the magnificent medieval cities.

In Malta, we took slow travelling to a whole new level

Since we had such a short time for exploring Malta, we kept the itinerary as simple as possible. Gozo and Camino islands had to be completely skipped, along with a few of Maltese attractions. Malta at that time (December 2016) was also undergoing a major facelift for hosting an important EU political event and most of the architectural gems of the capital city of Valetta were closed for renovation. However, these did not mar our Malta trip much and we had plenty of time to indulge in places we both prioritised to visit. Thus our Malta itinerary looked something like this –

Day 1 – Landed in Malta, took over the rental car, checked in at the homestay in Marsaxlokk and explored the surrounding areas.

Day 2 – Being a Sunday, spent the morning at Marsaxlokk Weekly Market, explored the prehistoric UNESCO World Heritage site of  Ħaġar Qim, and enjoyed the Silent City of Mdina by evening.

Highlights of our Malta trip

Call us romantically silly or downright crazy, but the highlight of our Malta trip was the charming half run down partially restored architectural appeal of the island. I would like to believe that for every restored building in Malta, there is at least one drop dead photogenic one which is gorgeously derelict. This strange feature added to the exotic, timelessness of Malta and I often gazed in awe at the cultural landscape of the island. Imagine zipping down smooth European roads, with undulated fields containing flowering cacti and pruned vineyards all around, when suddenly crumbling candy coloured mansions stop you in your tracks.

Sour orange and heavily fruiting citrus trees scent the air and a lone farmer toils in his chugging tractor. Rustic low stone walls border the fields and the hilltop fortified city of Mdina shimmers like a mirage in the distance. At its base, more mansions in various states of disrepair cluster photogenically and all these are closely located to the colourful ancient village of Marsaxlokk and prehistoric temple ruins of  Ħaġar Qim. The childlike garish Popeye Village is also not too far and then there is the beautiful underrated capital city of Valletta, with its stunning Templar Knights architectural remnants, British colonial jewels and winding narrow lanes, which speak volumes of Malta’s Arabic heritage.

The Maltese landscape looks straight out of magical tales of knights and mythical creatures.

The cons of visiting Malta

Well, no place in the world is perfect. Malta too was almost perfect as a destination, with some major cons which can be bothersome. To begin with, the driving is horrendous. Though the roads are smooth, the locals drive in a most reckless way and parking in the cities especially, Valetta is a real headache. Also navigating through the car through the narrow lanes proved to be quite difficult and you have to be an extremely skilled driver or a very lucky one to manage to get off scratch free. We found the much reputed local food, too, to be quite expensive and overrated and the Sunday Marsaxlokk market was also a bit of a letdown. Most of Valetta was closed for renovation at the time of our visit and the steep winding lanes of the capital city are tough if you are lugging a baby.

You may also like: Travelling with a baby checklist

Malta cast a spell which was not perfect, but almost there

Having said that, Malta was still very special and the tiny island nation cast a magical spell on me. There was something about Malta that caught my heart and has it in her possession ever since. I loved the way wildflowers carpeted every inch of the Maltese countryside, and how magnificent fortified cities or churches would rise up from the rural landscape like beautiful mirages. At every nook and corner of Malta, there was at least one crumbling mansion resplendent with Doric columns, delicate wrought iron balconies, that would steal my heart and all around roses, sour oranges, cacti, and lemons would grow in profusion. I loved the colours of the boats which dated back to Phoenician times bobbing on the bay of Marsaxlokk and the velvety violet evenings spent at Valetta and Mdina.

Mdina was all silent and rose red at sunset

Catch the magic of Malta in an upcoming Bollywood flick

Malta is a very special place. It is a stunning Mediterranean island which is jampacked with natural beauty, culture, art, archaeology, architecture, and history. It deserves more attention from travellers and Bollywood has already got a whiff of its amazing attractions. At the time of our visit, the crew of the upcoming Bollywood blockbuster “Thugs of Hindostan” were reviewing Malta for their film locations. It is slated to release sometime during Diwali 2018 and stars Amir Khan, Amitabh Bachchan and many other bigwigs. Thus it is only a matter of time before Malta gets deluged with Yashraj Film location fans and will probably lose its place from the offbeat European destinations list. Thankfully we visited Malta just before all this action happened and managed to experience if only a tiny bit of its local magic. So. come with me, as I revisit Malta in the next few posts and feel the magic for yourself.

Malta happened on a winter break.

Mdina with its medieval charm

Seemed straight out of a fairy tale.

Then there were the wildflowers

Prehistoric temples which are older than the pyramids,