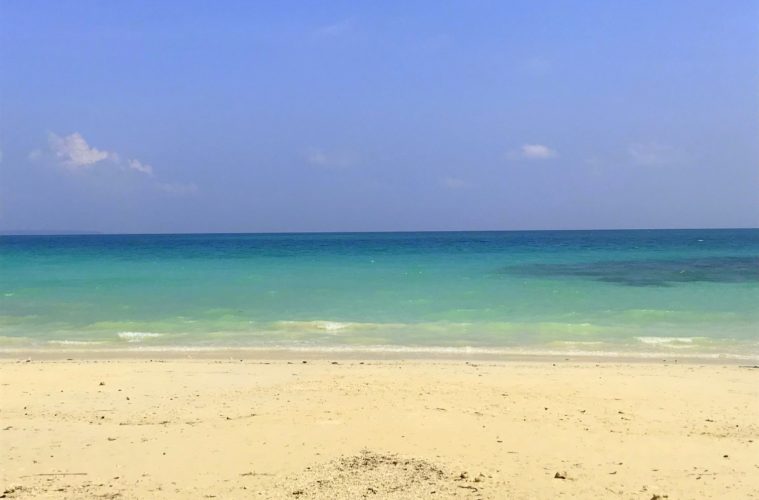 When we told our friends in Germany that we were going to Havelock Island in India for a vacation, there was a universal guttural “Was! Was ist das?” from everyone. Literally meaning, “What is that?”, it did not take long for us to figure out that Havelock Island or rather the Andaman Islands were India’s best-kept secret for most people living abroad. So, riding on a mean streak, we sent stunning holiday postcards of blonde beaches, turquoise water, and forests to our jealous friends and soon enough, they looked online to find out where Havelock Island is. Once again there was a universal astonishment because some of the Andaman Islands are indeed the ultimate backpacker’s destinations with beaches which look straight out of a travel magazine and very few non-Indians know about. These islands are also some of the most isolated spots on earth, with the North Sentinel Island being totally off-limits to everyone. This remoteness adds to the charm of the Andaman Islands, or the accessible ones i.e, and they have a wonderfully slow pace.

I look my best when I’m totally free, on holiday, walking on the beach.
– Rosamund Pike

Going to Havelock Island means filling out endless forms for permits, but boy! is the hassle worth it

One of the seven Union Territories of India, the Andaman and Nicobar Islands are geographically closer to Myanmar and Thailand than India. Covering an area of  8,249 sq km, out over 500 islands a handful is open to tourists and foreigners can access only nine. For those nine, there is a lot of paperwork which has to be done and foreign visitors need permits to visit the Andaman Islands. These permits can be availed at the Port Blair airport and there are a lot of slips and forms which need to be filled out. When I say a lot, trust me I mean quite a lot, and Tarek and I nearly had one of our “your country-my country” arguments over this hassle. We were on our way to Havelock Island and had to board a ferry from Port Blair when a long queue at the permit counter made us flip. This mind-numbing bureaucracy might be the only living legacy left by the British, who (ab)used this archipelago a lot and the Andaman Islands are heavy with a colonial hangover.

The history of Andaman and Nicobar Islands, the archipelago of the Havelock Island

The waters around the Andaman Islands were once infamous as the Kalapani, or the Black Waters and they were avoided by sailors who were afraid of the hidden reefs and hostile indigenous tribes inhabiting those islands. The earliest written record of the Andaman and Nicobar islands is found in Ptolemy’s geographical treatises of the second century AD. Many following historical records delved deeper into the people of the islands and the indigenous inhabitants were described as fiercely cannibalistic. Though this is likely a myth, the hostility of the locals kept the sailors at bay until a few failed attempts of religious colonization by 18th and 19th-century missionaries. Thus the Andaman and Nicobar Islands remained mostly untouched until 1777 when the British chose the South Andaman harbour (now known as Port Blair) to be the site for India’s most dreaded colonial penal colony, the Cellular Jail and used its forest resources.

Recommended Read: The Philippines was about beaches, Chocolate Hills, and food

After Independence, a lot of mainland refugees drifted to the Andaman Islands upon being given land and agriculture and logging became major industries. Unfortunately, the increasing population of the mainlanders soon outnumbered the indigenous people and the famous Havelock Island swimming elephants are a throwback to colonial days. Though the last swimming elephant died a few years ago, it was their photo that initially attracted Tarek to visit Havelock Island. The trip was in February 2018 and we were in Calcutta for a friend’s wedding. Since there were two weeks of holiday left after the wedding, we flew to Port Blair from Calcutta.

When all we needed was some time off on the beach.

Our aim was to focus only on Havelock Island on that trip and use that time to relax, rejuvenate, and be complete beach bums. That turned out to be one of our best travel decisions and Havelock Island was a lot of fun. We spent our days scootering all over the island, weaving through the hinterland to explore different beaches, swim, and eat enormous seafood dinners in the evening. Akash loved it as much as us and the weather was just perfect. As beautiful as Havelock Island was, reaching there was a different story and we had to change over to ferry from a plane to go there. The launch pad for any Andaman and Nicobar Islands excursion, the capital city of Port Blair is a ramshackle, charmless place.

You may also like: The secret Malaysian island of Lang Tengah

To escape and sit quietly on the beach – that’s my idea of paradise. – Emily Wickstead

Quintessential India completely exists there and Port Blair comes with its full load of holy cows, garbage piles, and noisy traffic. Rolling jungle swathed hills create some relief and the humidity rolls in like thick blankets. The sun is also quite strong there and an odd mix of Bengali and Tamil languages fill the air. Ladies in colourful saris with flowers in their hair sport the Bengali conch bangles and typical South Indian Hindu temples dot every corner. Thankfully upon arrival, our time in Port Blair was very brief and we managed to buy Makruzz ferry tickets to Havelock Island easily. The two ferry ride was stuff travel nightmares are made of and being desperately seasick, it was the most unpleasant journey for me. To avoid this hassle, most domestic travellers opt for luxury Andaman Holiday Packages.

How can you not fall in love with a place like this?

And Havelock was love at first sight…

Havelock Island, however, was love at first sight for me and I was floored by its lack of commercialism. From the ferry, the island looked like a green gem with a circlet of reef pounding against white gold sand. Upon closer inspection, the island arrived with thick shady mahua trees, colourful fishing boats, and rows of low rise roofed establishments along the pier. It was the landing jetty or the Beach number 1 of Havelock Island and I soon learned its beaches are imaginatively numbered, instead of being named. We stayed for a week at Havelock Island, followed the same routine of eating, sleeping, swimming, and scootering around. Not once during our entire stay did we get bored and the gorgeous island had us hooked for life. There is something extremely addictive about Havelock Island and it has got to do more than the spectacular natural beauty.

Elephant Beach was all tranquility on a white sand beach.

Sure, the beaches are sweeping stretches of white sand and the turquoise water is bathtub warm, and the whole island smells of exotic flowers and lush green sap. Neon grass carpets Havelock and old gnarly trees create mysterious forests that invite you for a walk. Coconut palms, lily-filled ponds, little hamlets, and shallow rivers make up the rest of the island and the sky is of the clearest shade of blue. However, it is the pace of life in Havelock which makes it so endearing and this Andaman island really slows you down. Imagine this, you wake up with cuckoos singing riotously from the local gardens, the gentle sea lapping outside your beach hut, and the hammock swaying in the wind. The roads are wide and traffic-free in Havelock and in the hinterlands, they just end in the middle of nowhere. You live off fresh tropical fruits and seafood at the friendly local restaurants and a few bars provide a bit of excitement in the evenings.

At the beach, life is different. Time doesn’t move hour to hour but mood to moment. We live by the currents, plan by the tides and follow the sun. – Sandy Gringas

Havelock Island is made for rest and relaxation

We stayed at the Emerald Gecko Resort in Havelock Island and it was a kind of slightly upscale beach shack. Our wooden hut which was made of coconut palm trunks was right on the beach number 5 and we could see the sea from our bed. The Vijaynagar beach or beach number 5 was a child-friendly clean sweep of sand and its gentle sands made it perfect for baby Akash to splash alone in the water. Old trees grew near the water and tyres strung from the thick branches acted as a swing. During low tides, the water receded far from the shore and we used to wade through ankle-deep water to look for scurrying crabs. Thus it was no wonder that we spent most of our mornings there, venturing to the other beaches at lunch hour. In Havelock Island, we had a happy easy routine and throughout the island, we had some places which we frequented daily. For example, all our meals were at the Squid Restaurant near the market, our evening tea at a shop close to the Kashmir emporium and our midday excursions on the scooter.

The three great elemental sounds in nature are the sound of rain, the sound of wind in a primeval wood, and the sound of outer ocean on a beach. – Henry Beston

We rode quite a bit, hiked up and down to the Elephant Beach, swam in a secret cove near Radhanagar beach and on the last day, went for dinner at a local friend’s house. Our host was the manager of the Emerald Gecko Resort and he was one of Akash’s best friends on the island. Like him, the owner of the Squid Restaurant was also Akash’s friend and they were nearly inseparable. Such is the charm of Havelock Island and people are still genuinely friendly. They smile at you just for the sake of being nice, invite you for a cup of tea, and you simply fall in love with the laidback pleasant island life. Perhaps it is the lesser number of visitors (in comparison to the rest of India) which makes Havelock Island so very endearing and I wish, against all odds, that this may never change.

Come walk with me, take off your shoes, let’s walk the beach with only the moon to light the path and waves to hear you tell me you love me. Why does the ocean rock the moon to sleep every night? So the sun will wake and kiss the beach. – J Henson