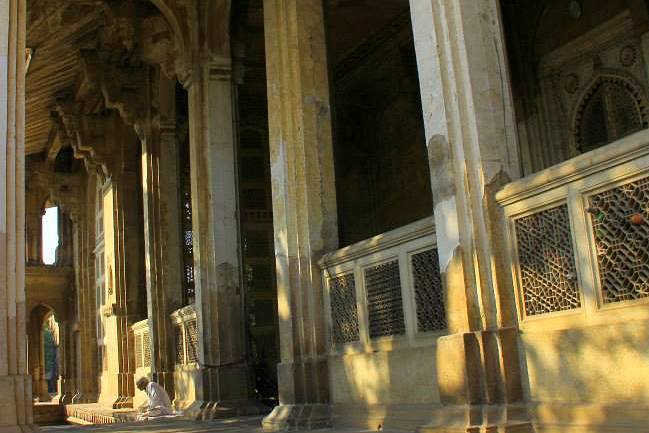 The power of Indian classical music is legendary and it’s complex beauty is unfathomable. Ragas which are melodic frameworks based on standard set of notes, scales and characteristic musical motifs, are sometimes deemed more powerful than mantras and taal (beats) make up the basis of every tangible existence on earth. Attempts to explore the depths of Indian classical can be compared to diving into the endless Mariana Trench and both are equally challenging.

Although a confident off key singer from birth, I love music and the mysteries of the powerful Indian classical compositions have fascinated me from my childhood. Legends of strains lighting up lamps, influencing rain clouds and having calming effects on wild animals are abound in Indian classical music history and recently scientists have successfully been able to prove that both plants and animals respond positively to music.

No artist in the history of Indian classical music had as much fame and legends involved as Mian Tansen and it had been the mystery of his incredible personality which had drawn me to his tomb in Gwalior. An erstwhile princely state, Gwalior is a large, dusty city in Madhya Pradesh and has a breathtaking hilltop fort. Although only 119 kilometers away from Agra, Gwalior had still remainex mostly untrodden by the bulk of tourists and perhaps that’s why the royal city had been able to retains its delightfully provincial charm. People had been nice there; polite, helpful and bashfully inquisitive, and had more than once, reminded me of the way most Indians had been around 20 years back.

In the princely city of Gwalior

Had made me restless

And I had gone exploring

I had happened to be in Gwalior on transit and while it had been the elusive Sonchiriya (Golden Bird) of Madhav National Park at Shivpuri which had been my main attraction, something exceedingly charming about the Scindia royal family base had made me spend 2 nights there. On the 1st day, I had wandered around the city taking in its sights and sounds and on the following morning had gone hunting for India’s most iconic musical past. The legendary Mian Tansen had lain buried somewhere in the heart of Gwalior and I had wanted to see the ground under which the musical magician had rested in eternal slumber. Although the exact year of his birth is controversial (1493 or 1506), Tansen had been born as Ramtanu Pandey to the prolific musician and accomplished poet Mukund Mishra.

Ramtanu had been inherited his artistic flair from his father and the young boy had shown exceptional musical prowess from the age of 5. He had been sent to be trained under the tutelage of a musical giant of that time, Swami Haridas and legends say that Ramtanu’s powerful imitation of a tiger had impressed the saint musician so much that he had decided to take the young boy under his wing. Ramtanu had soaked up his legendary guru’s learning like a thirsty sponge and had soon become at par with his master. Swami Haridas’s  love for the local language had influenced young Ramtanu and he had shifted his compositions from the heavy classical language of Sanskrit to the mellifluous easy to understand Brajbhasha.

Sometime during his musical career Ramtanu had met the 16th century sufi saint Muhammad Ghaus and had become his spiritual disciple for life. A very open minded learned saint, Muhammad Ghaus had believed in fusion of philosophies and his text Bahr-ul-Hayat (Ocean of life) had spoken volumes of yoga practices mentioned in the Sanskrit book, Amritakunda. From both his legendary masters, Ramtanu had developed a taste for fusion and simple fluid compositions and quickly his fame had spread far and wide.

It had been the then ruler of Gwalior, who had been the one to confer Ramtanu the title of “Tansen” and during his run at the court of King Ramchandra of Rewa, the Mughal Emperor Akbar had become aware of his musical talent. Tansen had soon been called to join Akbar’s treasured “Navratna” or Nine Gems at the age of 57 and on his 1st performance, had been showered with 100,000 gold coins by the overjoyed Mughal emperor. He had then been rendered the title of Mian meaning “learned man” by Akbar and the raised platform near the emperor’s chamber at Anup Talao/Pond in Fatehpur Sikri had seen the great master performing different ragas appropriate for the time of the day.

Apart from his incredible singing talent, Tansen had also composed many beautiful fusion pieces, which had been an enchanting blend of Bhakti (Hindu spirituality) with Sufism and had improvised the famous Persian instrument, the plucked rabab. His rendition of his own composition Raga Deepak had been known to light up lamps and another one of his creation, Raga Megh Malhar had ushered rain. He had also been known to posses the ability to make animals listen to him and had once tamed an uncontrollable wild elephant with his music.

It had been in search of a

And I had found him enveloped in humility

Raga Deepak is lost forever and its last recorded performance had been at a musical conference in Calcutta by Wazir Khan of Tansen’s lineage. The conference had been attended by many kings and nawabs and Wazir Khan had reportedly asked the attendant to douse the candles in one of the chandeliers in the auditorium. Eye witnesses had claimed that the moment, Wazir Khan had started playing the raga on Rudra Veena, the candles had re burst into flames, thus sending the chandelier crashing down. Many believe that Raga Deepak had been the cause of Tansen’s death too and he had caught fire while singing it.

With so much of power attached to an artist, it had been impossible for me to stay away from Tansen’s mausoleum in Gwalior. Although he had died in Agra, Mian Tansen had been buried in a simple tomb within the mausoleum complex of his sufi master Muhammad Ghaus. Most of Gwalior’s historical gems had been located in the colorful, dusty, pollution chocked Old City and the area had belied any romantic notion which could possibly be attached to music.

The Old Town area had been a quintessential Indian semi urban habitat. Teeming with flower sellers, stacked cycles, motorcycles, hole in the wall shops, plastic sheeted slums, shrines, piles of trash, holy cows and waves of humanity, it had been busy and dusty. Action packed raucous cacophony had filled its every niche and the stunning Gwalior Fort had towered over them all. I had reached the mausoleum complex by an autorickshaw and immediately upon entering, a beautiful marble building had met my eyes. It had been an exquisite specimen of Mughal style of architecture and had seemed very popular with the locals.

Adorned with no frills or fancies

Had been to be

Close to his master

Hexagonal pavilions had stood at its 4 corners and the large central dome had showed off fine blue glaze tile detailing. The mausoleum’s highlight however had lain in its intricate precious stone jali (perforated lace work) screens and their sheer magnitude and intricacy had taken my breath away. Although not extremely well maintained, its beauty had been difficult to hide and the sun streaming in through them had created patches of miniature lit up diamonds. It had been a very hot day and people had rested immobile, under the cool marbled arches. The surrounding lawns had been dotted with sleeping workers or lovers who had held hands discreetly.

It had been a scene from a perfect small town India, where even holding hands had caused serious trepidation in lovers’ hearts. Charmed by it all and seriously fatigued by the heat, I too, had rested against the stone lace and had trailed my eyes over the fading paintings of the ceiling. Muhammad Ghaus’s tomb had been highly revered and his followers had busily attended to it even in the middle of a hot noon. His most famous follower, Tansen however had looked pretty much ignored and the great man had humbly rested underneath the plainest of tombs. His burial had been done as per his instructions and the simplicity of his resting place had clearly showed his humility and reverence for his master.

With the revelation of human aspects of Tansen’s personality, the musical legend, on that hot Gwalior afternoon had suddenly become more approachable and it had been no wonder that the tamarind tree flourishing on a plinth near his grave had been stripped off its leaves. According to legends, chewing leaves of that tree had enriched voice quality and I too had grabbed handfuls of the great master’s blessings with the hope, that perhaps when I would sing in my shower that night, nobody for once, would complain of me killing a cat.