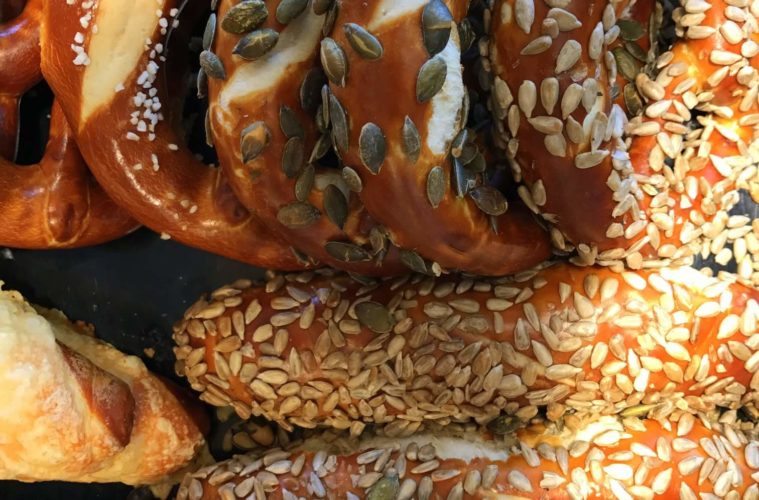 Story of the German bread, a UNESCO Intangible Cultural Heritage

One of the things I miss most in Cairo is good hearty German bread. Due to my growing up in 80’s Calcutta when bread went by the disgusting name “pauruti” (meaning bread made by trodden feet), I was never a fan of the soggy white squares we used to get wrapped in paper. The name and that taste managed to ruin my taste for bread for a long time until Germany came my way with its bountiful baked delights. Though most European countries, including Russia, have their own bread heritage, to my taste buds nothing beats the delicious variety of German bread. The Deutschlanders take bread making to a whole new culinary level and for many Germans, bread is their favourite dish in the world. Today, a huge fan myself I can totally relate to this and as I return to Cologne for the summer, my mouth waters at the thought of eating hearty wholesome German bread every single day. Needless to say, this Expat Life post is dedicated to the story of German bread, which has been recently awarded the rightful title of UNESCO Intangible Cultural Heritage.

German bread is wholesome and hearty.

You may also like: The pumpkin boom in Germany

The delicious mind-boggling variety of the German bread

The excellence of the German bread speaks for itself and all over the world, good bakeries go by the name of “The German Bakery”. German bread is highly valued for its unique diversity and there are more than 3,000 “significantly different” recipes of the German bread. They come along with alluring names such as “Five Pound Guy,” “Wood Oven Crust,” or “Korntaler Bread Symphony.” This diversity is of a historical origin and was based upon the regional soil and climatic conditions, political, historical and geographical developments. Throughout history, the bakers had to improvise their goods due to various reasons like the scarcity of resources, times of need, environmental influences and wars and this creativity lead to this amazing variety of the German bread. Spelt, rye, wheat or wholemeal – few countries offer a wide variety of bread as Germany and the German bakery trade has preserved recipes and production methods over many centuries while using the latest scientific findings to advance them.

German bread is all about the excellence of the raw materials, baking procedures, and centuries-old recipes

The German bread like a jealously preserved art has been in constant development since the Middle Ages when bakers traveled far and wide to spread with the popular “Bäckerwalz” tradition. They gathered a lot of ideas from abroad to enrich their own recipes and today, the centuries-old traditions are united with the latest insights and practices. In the German bread baking craft, the knowledge of raw materials, baking procedures and the awareness of tradition are passed on from generation to generation by the master to the trainee via apprenticeship programmes. Praised by economists around the world, these apprenticeship programs are a fundamental model for not just the traditional craft of baking, but also for supplying one of Germany’s important export items, its bread.

Despite the German bread popularity, this is one dying heritage

Ask any German far from home what he misses most and the likely answer is going to the German bread. Despite this love for the yeasty goodness, according to alarming reports, the German baking industry is declining fast. Every year, 300 to 500 traditional German bakeries shut down and the rising popularity of the supermarket mass produced bread is nearly choking their baking artisans out of work. The German bakers despite this tough competition are fighting hard to bring back the value to their craft and their aim is to protect the cultural heritage of the German bread.

Suggested Read: The best of the German wurst

Can the young and conscious revive the traditional German bakeries?

The popularity of the German bread is here to stay and today the revival of this highly endangered centuries-old art is on the hands of the young health-conscious hipsters. The industry experts are banking on them heavily due to their partiality towards all things artisanal. This ray of hope is kept on going by some dedicated young tradition rooted apprentices who have jumped into this trade for the love of baking. As I count days to return to the quiet haven of Cologne, my mouth waters at the memory of delicious walnuss-brot, kumin-brot and other baked German delicacies. There are few things more pleasurable to me than waking up to a full-fat basket of freshly baked German bread and I am rooting for this delicious craft to thrive for many more years to come.

Pumpkin seeds and poppy seeds are the most favourite seasonal toppings.

Though no beauty, the dark rye bread is excellent for supper.

Few countries have such a rich variety of baked items such as the German bread.

P.S – This blog post is part of the series called theCologne Diaries, which highlights a new theme, emotion, and beauty of an expat life in Cologne. For more exotic fun, check out my Cairo Chronicles in the Expat Life category.