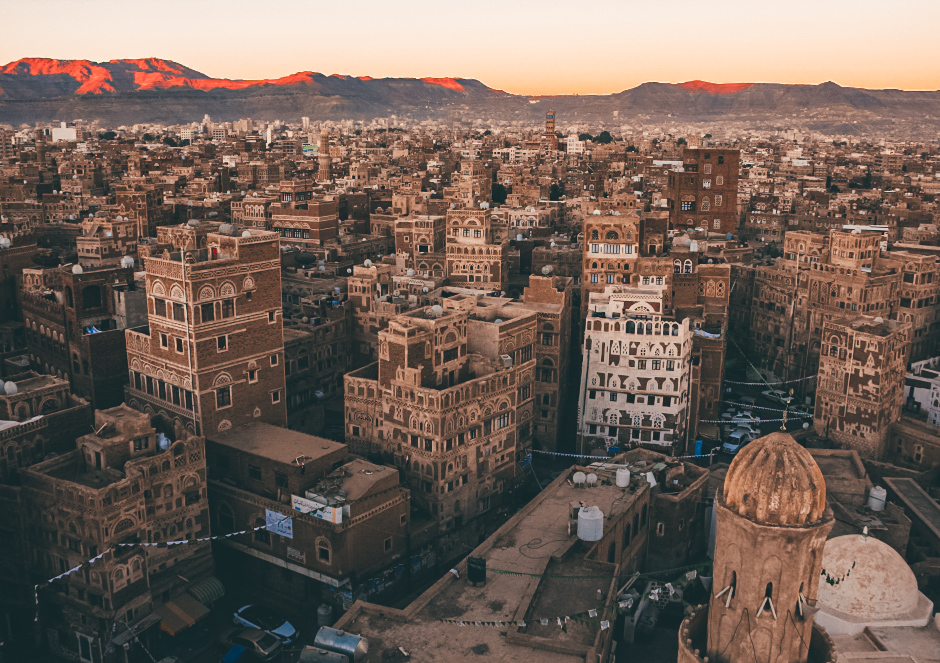 My Yemen experience on CNN

Recently I got interviewed by CNN on my experience of traveling as a solo woman in Yemen. The interview brought back some of my most wonderful travel memories and here you can read the rest of the article.

Dubai, United Arab Emirates (CNN)–At the top of a prominent sandy plateau north of the Yemeni capital, Sanaa, lies a mountainous city that travel blogger Svetlana Bhagwan described as “time stopped” when she visited it nearly a decade ago.

Being part of a travel related family, as her grandfather was one of the first Indians to join British Airways before the country’s independence from the British, and her parents worked as travel agents at the beginning of their careers, which led to Bhagwan having many opportunities to travel from a young age.

She has also traveled a lot thanks to her work as a flight attendant early in her career.

She began documenting her travels in a notebook because of her love of writing, then launched her blog, “Maverickbird” on the Internet, about 6 years ago to create a permanent record of her experiences.

Bhagwan was not aware of the existence of the city of Kawkaban until she saw it with her own eyes on a visit to Shibam, another prominent historical destination in the country.

Bhagwan visited Kawkaban in 2013, and Shibam with its towers was part of her list of destinations she wanted to visit in the country, but she noticed something when she was in town.

“I looked up, and I saw a fortress on the top of a hill, and I thought: Why do they have a fort there?”

After her local friend, who was also her tour guide, talked about the city of Kawkaban, Bhagwan decided to visit her on the same day.

According to the official website of the Tourism Promotion Council in Yemen, the name Kawkaban means “two stars”, and it was given this name due to its walls decorated with precious stones and silver pieces that shimmered at night.

And the residents of the city of Shibam, located at the bottom of Kawkaban, were accustomed to seeing it, which made them call it this name.

Bhagwan spent more than a month in Yemen at the time, and during her trip, the entire country seemed to have stopped in time, especially the city of Kawkaban because of its location.

Sides of the mountain city

During the trip to Kawkaban, which took about an hour by car, Bhagwan emphasized that the trip itself was beautiful.

Kawkaban is located on top of a heap of sandstone with a height of 300 meters, which formed a vast river about 70 million years ago, and its decline left the prominent plateau that we see today, according to the Tourism Promotion Council in Yemen.

This rock provided the raw materials for the construction of two planets with its gateway, and its magnificent walls.

In addition to the high clouds in the area, Bhagwan saw natural scenes that looked golden, and people with straw hats on their heads.

“It was just as if it came out of a medieval text, or an ancient one,” Bhagwan asserted.

The city’s history and architecture have caught the attention of Bhagwan, which houses many adobe buildings.

Curious children followed Bhagwan as she wandered the city, as she recalled the old men who were smoking shisha.

And Al Hindi confirmed that she had a “warm” experience among the city’s residents.

The city is home to some exceptionally beautiful honey-coloured sandstone buildings that have survived centuries of siege by the Ayyubids, Rasulids, and Turks.

However, the conflict in Yemen did not leave the city of Kawkaban without damage. In 2016, airstrikes targeted the city, causing severe damage to its main gate and the ancient citadel, according to what the official UNESCO website wrote on the Internet.