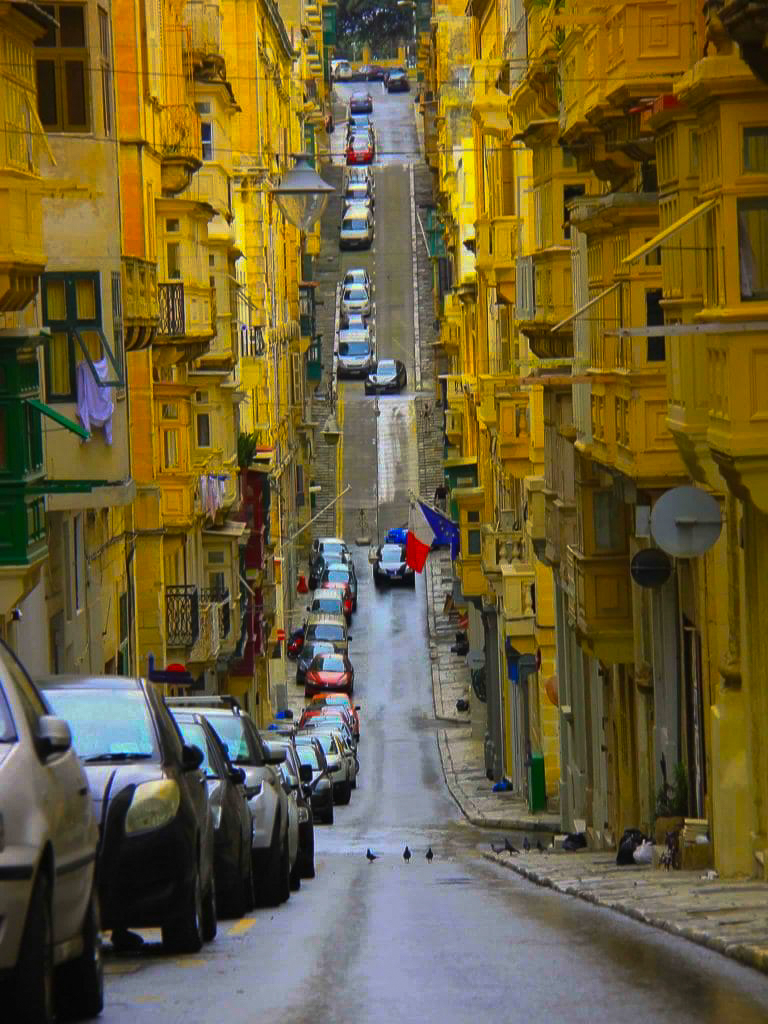 Is Valletta one of Europe’s underrated capital cities?

Valletta is the gorgeous capital of lilliputian European nation of Malta. Though, not very popular in the tourist radar, Valletta in my eyes is one of Europe’s most underrated capital cities. It is filled to the gills with magnificent monuments and is a real pleasure to explore on foot. History too has been kind to Valletta and it has been in the centre of legendary action throughout the ages. Built by the Knights of Malta as their victorious capital after the David-and-Goliath victory at the Great Siege of 1565 ended in their favour. The battle was a true triumph for the Maltese Knights in which 700 knights and 8000 local troops overpowered 40,000 Ottoman Turks. Thus, there is a lot to take in and the UNESCO World Heritage city is compact enough for easy navigation. You can walk from one end to the other in an hour although the picturesque steep winding roads may leave you breathless.

One of the highlights of Valletta is its jaw-dropping location. The sixteenth-century city is perched high with the deep blue Mediterranean Sea on the three sides. It sits above the Grand Harbour, which is the deepest natural harbour in the Mediterranean, in use since the Phoenician times. The soul flipping views aside, Valletta is a beautiful place in its own right and it has remarkably preserved grid of elegant houses which have a view of the sea at the end of every cobbled street. Aptly crowned the European Capital of Culture for 2018, here’s what you need to know before visiting Valletta, one of Europe’s underrated capital cities.

A beautiful view of the Valletta Harbour

The lovely capital of Malta is a very beautiful city

To begin with, Valletta is a very lovely place. The deep blue of the Mediterranean Sea contrasts with the tawny golden buildings and an azure sky spans overhead. At the time of our visit restoration projects to spruce up Malta’s capital was in full swing and many fine mansions were getting converted into boutique luxury hotels. New restaurants and bars were revamping Valletta’s international food scene and there were lots of exciting things happening. Walking around Valletta was like visiting an open-air living museum where residents in swish clothes sipped coffee underneath sagging wooden balconies overlooking bold red telephone booths. Workers in overalls scurried around busily and tourists soaked up some winter sun at the installation art exhibits. The whole city seemed like a movie and it was gorgeous, glamorous, vintage and gritty at the same time.

The Maltese capital is a very beautiful city

St John’s C0-Cathedral is the highlight of Valletta

When Renzo Piano, the famous Italian architect revamped Valletta’s main City Gate in 2015, he chose to build an open-air auditorium on top of the broken pillars and rubble of the WWII-bombed, nineteenth-century Opera House. He also started the renovation work of the forts of St Angelo and St Elmo, both keys during the siege and these were later opened to the public. Today the magnificent War museum is housed in the St.Elmo. The most beautiful of Valletta’s old buildings, however, is the St John’s Co-Cathedral and within its fortress-like exterior, Caravaggio had undergone a painting frenzy. Lavish gilded interiors of this cathedral house the largest of Caravaggio’s paintings and this is the brutal depiction of the beheading of St John, the Baptist. It hangs proudly in the cathedral oratory and somehow does not seem out of place in the opulent interiors.

The stunning interior of the St John Co-Cathedral

But there is more to Valletta baroque treasures than the cathedral

The other attractions of Valletta include the opulent Grand Master’s Palace, which unfortunately was closed for restoration at the time of our visit. We chose to visit the Casa Rocca Piccola instead and it is a beautiful old mansion of a local aristocratic family. Our favourite offbeat Valletta architectural gem was the beautiful Teatru Manoel. One of the oldest working theatres in Europe, Teatru Manoel was constructed in 1731 by the Grand Master Antonio Manoel de Vilhena for the honest entertainment of the Knights. The building is a baroque gem with a wonderful acoustic and till today has a full calendar of exciting events.

The adorned ceiling of the Teatru Manoel

When getting a bit city sick, head out of Valletta for pre-historic temples and stylish modern cities

Valletta’s charms do not end with my mentions and the city has one of the most concentrated historic areas in the world. This opulence does get a bit overwhelming sometimes, more so if you happen to stay at Valletta and thankfully, that’s when Malta’s minuscule size becomes a boon. To take a breather, one can easily head to other archaeological sites like Hypogeum (an underground temple built more than 5000 years ago) and the above the ground pre-historic temples of Mnajdra and Ħaġar Qim. Alternatively, hop-on one of the boats chugging across the water between Valletta, the historic Three Cities, and chic Sliema.

The joy of discovering Valletta after sunset

We visited Valletta sometime during the late afternoon and found parking to be a struggle. The time slot, however, gave us the opportunity to see the historic city during the day and after sunset and both had their own charm. A humming busy city, Valletta visibly slows down after sunset. We used it to our advantage and took a stroll through the twilight city to admire the magic of the fortified capital enhanced by muted lighting. The bastion walls showed off sweeping views of the harbour drenched in violet and the dense cluster of limestone buildings, the jutting timber balconies, and the imposing churches literally glowed.

Valletta after sunset puts your imagination on fire

The hushed silence of the city made its history nearly palpable and Valletta is inextricably linked to its military past. It was ruled successively by the Phoenicians, Greeks, Carthaginians, Romans, Byzantines, Arabs and the Order of the Knights of St John and today, Valletta is a living, working city, the administrative and commercial heart of the Maltese Islands. Named after its founder, the respected Grand Master of the Order of St. John, Jean Parisot de la Valette, the magnificent fortified grew on the Mount Sceberras peninsula, which rises between two deep harbours of Marsamxett and the Grand Harbour. The construction started in 1566 and within a span of fifteen years, Valletta was completed, with its impressive bastions, forts and cathedral.

Check out our Valletta travel tips in a nutshell

Valletta’s grid of narrow streets boasts some of Europe’s finest art works, churches and palaces and walking around the city after dusk gives a timeless feeling. Malta’s capital city is overflowing with sites to see and explore and there are intriguing historical buildings with votive statues, niches, fountains and coats of arms high up on parapets, at every corner. The narrow side streets hold tiny quaint shops and cafés and doors lead inside spacious old mansions. The best way to get the most, from your Valletta visit is on foot and a good start are its beautiful gardens. The Upper Barrakka Gardens, Hastings Gardens and the Lower Barrakka Gardens are the most popular ones and you can see the Saluting Battery from the Upper Barrakka Gardens. To find out more hot spots to visit, download the Valletta PDF map (Courtesy – Visit Malta) and now, enjoy a photo essay of the beautiful Maltese capital of Valletta.

Of Malta are what

Legends are made of

And the historic city of Valletta

Is its fitting capital.

Founded by the Knights of Malta,

As a tribute to their victory over the Ottomans,

Valletta is steeped in history.

Though often overlooked by

Valletta is a sheer delight

With lots to offer.

And full of quirks and

And secret travel spots that are waiting to

Spring a surprise on you.

Valletta is a delight to explore on foot

And the romantic Maltese capital

Is one of Europe’s underrated gems.