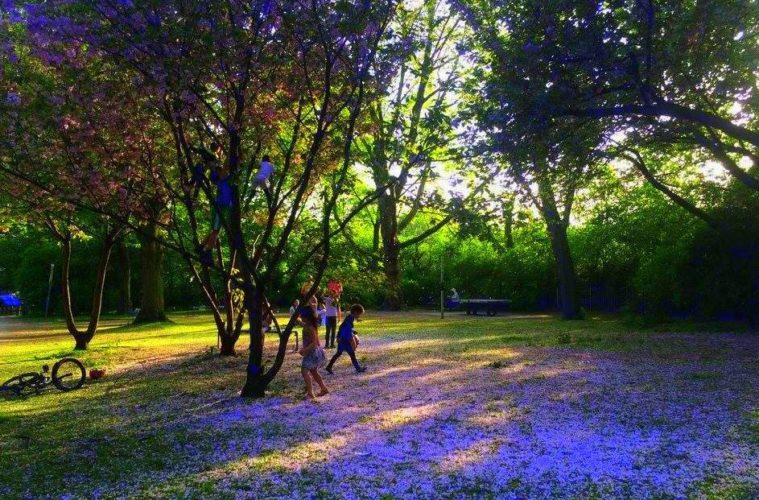 It was quite a joke, that Cologne was hotter than Cairo, the day we arrived back in Germany from Egypt. The German summer was in full swing in July and Deutschland (along with the rest of Europe) was experiencing an unusually warm weather. Barometer showed the temperature hitting 40 degrees Celsius and without the facility of a fan or air-conditioning in most German buildings, the heat felt oppressive. So, to keep cool, we did what the Germans do in summer. Wear clothes, go swimming, eat a lot of ice-cream, and drink loads of Kölsch. These are in fact, German summer specialties, and though exactly not in that order, are the seasonal highlights as well.

Though most connect German beer with the Oktoberfest, the Kölsch is one of the most interesting drinking trivia in Germany. Like with champagne or bourbon, Kölsch beer has to be from Cologne to be a “real” Kölsch and the term also means something that is Cologne-ish, along with the rough sounding dialect spoken in the city. There are a few brands of Kölsch, including Dom and Gaffel and this beer is of medium alcoholic percentage, which makes it light like a lager. Kölsch is served in the skinny 0,2-liter glasses called Stange and it allows you to enjoy your beer before it gets too warm.

The etiquettes of drinking Kölsch

Drinking Kölsch comes with a few etiquettes and there are a few you need to know before heading to a Brauhaus. For example, waiters serving Kölsch are called Köbe and they carry a special beer tray, which holds several Stanges. Also be aware that the Köbe will instantly plop a Stange of Kölsch, the moment you take a seat and if you don’t want beer, be quick enough to tell him. The most important rule to remember is to put the beer coaster on the top of the glass to indicate you are finished, otherwise, the Köbe will keep plying you with new filled glasses. Your coaster also doubles up as a bill, as the Köbe marks it with each serving to keep a tab.

Do you know the story of the Eau De Cologne?

Spaghettieis is a German summer blessing

What do you get when you combine noodles and ice-cream? You get a delicious ice cream sundae, which seems straight out of a five years old dream. Created by the Willy Wonka of German ice-cream, Spaghettieis is a frozen dessert made to look like a plate of spaghetti. It is sold at almost every ice cream parlor in Germany and is a pure blessing in this oppressively hot German summer. This fun sundae was created by Dario Fontanella, son of an Italian immigrant and owner of an ice cream parlor in Mannheim, Germany, in 1969. It is almost never seen outside Germany and has grown in popularity over the years.

Spaghettieis is made by pressing vanilla ice cream through a chilled Spätzlepress. This creates ice cream “noodles”, which are served on a bed of whipped cream and topped with strawberry sauce and finely chopped coconut or white chocolate. The strawberry sauce resembles tomato sauce, and the coconut or white chocolate shavings play the role of the Parmesan cheese. It is believed that in 1969, Dario Fontanella caused a lot of children to cry when they realized that they had received ice-cream instead of a plate of spaghetti.

Check out Bärlauch or the Bear’s Garlic, a spring special in Germany?

July and August are berry time in Germany. Black, blue, red, and yellow, these little delights are everywhere and they are my favourite snack. I love them because of their refreshing tart and sweet flavors, high vitamin and mineral content. Plus they are extremely pretty to look at. Every time I pass by the farmer’s market, I grab a few boxes of berries and from Brombeeren (blackberry), Schwarze und Rote Johannisbeere (Black or Red Currants), Heidelbeeren (Blueberries), Erdbeeren (Strawberry), Himbeeren (Raspberries), there is a huge variety to choose from. During summer, a lot of Germans opt for the dessert all summer, as it is the season of regional fresh berries (“Beeren”) and fruit (“Früchte” or “Obst”).

Ever tried a bowl of red grits to beat the German summer?

This brings me to mention my favourite German summer dessert, the very popular “Rote Grütz”. Literally meaning “red grits,” this classic is best described as a thick summer berry compote. Red summer berries get combined with sugar and cornstarch and the fruit pudding is served with vanilla sauce, cream or ice cream. Originally from Hamburg, it is wildly popular throughout Germany and though, an extremely simple dessert, a German summer somehow would not be the same without a comforting bowl of Rote Grütz. Check here for the best Rote Grütz recipe.