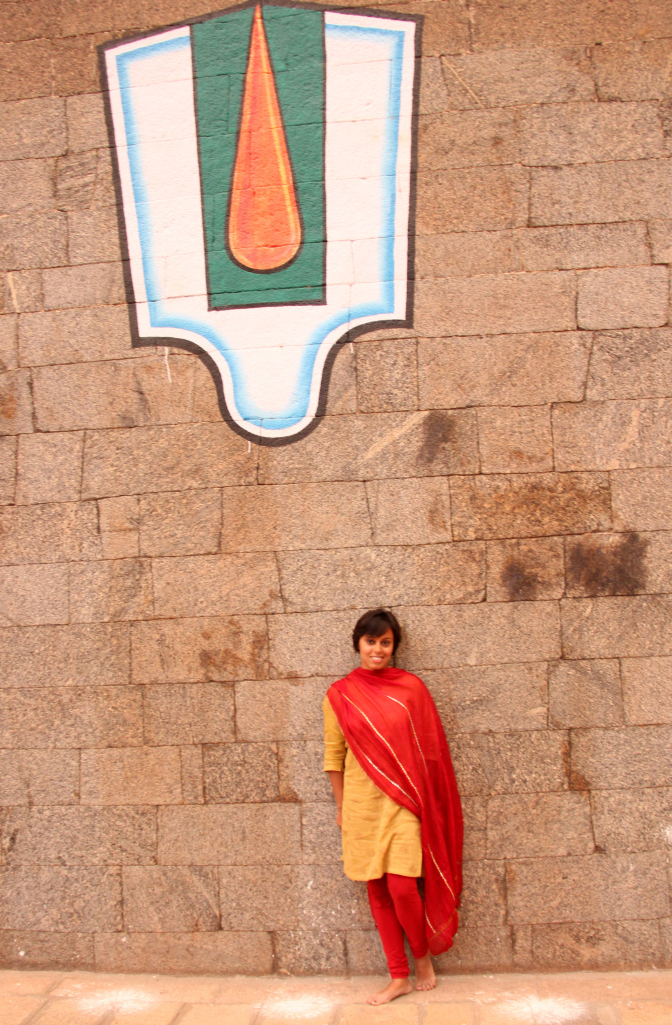 A mild stomach upset, owing to my over feasting on spicy vegetarian platters and maagali khizangu pickle (made of tubers, indigenous of the region and a Trichy specialty) had left me room ridden for a few day and I had taken that time to just do nothing. Sipping on packaged nannari sherbet (a healthy, soothing drink made of an indigenous medical herb), watching my favourite chick flicks back to back and sleeping whenever I had felt like had been most rewarding and I had luxuriated in the rare opportunity of having a blank mind space.

As much as I loved a cultural trip, Tamil Nadu temples are real heavy weights in travel experience and I had known many travelers who had gotten seriously templed out after a few days in the Dravidian state. After the emotionally heavy Srirangam experience, it had been just too easy for me to give into being inactive and it had taken a hasty Kodaikanal trip to break that cozy reverie of laziness. While my lazy Trichy days had been spent doing nothing, beautiful sunsets of soft peachy shades used to make me crawl out of my room and enjoy the city’s cool river breeze in chaotic solitude.

Those had been perfect examples of being happily alone in a crowd and I had loved the comfort of my lonely bubble as I had wandered around the dusty neighbourhood of Trichy. Evening breezes had been deliciously nippy and the beautiful hilltop Rockfort temples had been lovely. I had liked Trichy and had spent some of my best travel moments in the pristine white corridors of the 200 years old St Joseph Church. A city much favoured by the Chola and Nayak dynasty kings, Trichy/Tiruchirapalli had been as old as the rest of Tamil Nadu i.e as time. The ancient city had been instrumental in deciding the fate of the British foray into southern India, when East India Company had won the battle (with the help of locals) against the French.

A busy, lively, chaotic town, cacophony of traffic horns, strong aromas of flowers and film music had blasted my senses at my every Trichy step and dust had risen like clouds with shuffling of hundreds of footsteps on its narrow, serpentine lanes. Because of its excellent transport connectivity Trichy had been very popular as a transit hub among state, domestic and international tourists and long distance buses of every size, comfort level and condition had choked its roads. In fact, the city had 2 major very busy bus stations and it had taken a lot of effort and sheer luck for me to buy a bus ticket to Kodaikanal. A jewel of a hill station, Kodaikanal’s close proximity, cooler temperature and greenery had tempted me and I had ended up making a hasty decision to go there. Although excited about the prospect of heading for the hills, my rash decision unfortunately had left me time crunched and I had only half a day to explore the exquisite temples of Tanjore.

If Srirangam had been the hub of undiluted Hinduism, then Tanjore or Thanjavur (as it is now known) had been the nerve center of the spectacular Dravidian literature, Carnatic music, Bharatnatyam dance, painting, sculpture and temple architecture. Believed to have been named after a legendary demon called Tanjan (who had been killed by Lord Vishnu), Tanjore’s origin had been unclear. A thriving capital of the illustrious Chola dynasty, the city had been included in the empires of many other rulers like the Pandyas, Marathas, Nayaks, British etc who had heartily contributed to its heritage. However it had been under the Chola rule, that Tanjore had reached its aesthetic peak, thus giving rise to many stupendous religious, including the awe inspiring Brihadeeshwara Temple.

One of the longest running dynasties of south India, Cholas had hailed from the Iron Age period till the 13th century and under the king Raja Raja Chola I, the empire had encompassed Sri Lanka, Maldives, parts of Malaysia, Indonesia and southern Thailand. Life had been kind to the Cholas and being secured in military and economic power, they had lavished patronage on stunning temples and classical south Indian arts. Out of all the 3 great living Chola Temples, Tanjore housed the UNESCO World Heritage Site of Brihadeeshwara and it was all that I had had time for. The other 2 lesser known, but equally captivating Gangaikondacholisvaram and Airavatesvara temples at Darasuram had to be missed and even then I had to rush through the grandiose complex in haste.

A sleepy 1 and half hours of rattling bus ride had taken me to Tanjore from Trichy and I had stared in awe at the busy, commercial hub which had passed before my eyes. Tanjore had nothing of Srirangam’s time warped feel and even the old city (which housed the temple and was the Chola nerve center) had lost its antiquity. The small, dirty bus station located on the outskirts of Tanjore had been a real shock and it had taken another 20 minutes of auto rickshaw ride to go to the city. Noisy traffic, narrow store lined lanes, endless flower sellers, souvenir shops, big, air conditioned tourist buses and a blazing sun had welcomed me to Tanjore, thus dashing my perception of its romantic grandeur. It had looked like just another south Indian city and I had been badly disappointed till the peaks of Brihadeeshwara Temple gopuram had loomed in front of my eyes.

It had been late afternoon and the sun had been at its zenith. The intricately carved granite monument had still drowned in beauty and my heart at leaped at its sight. Golden yellow, crammed with stunning carvings and fan tailed doves, Brihadeeshwara had taken my breath away. Owing to sudden pangs of hunger, I had made a hasty retreat for lunch before entering the complex and it had turned out to be a very good decision. Brihadeeshwara Temple had completely captivated me and till today, it tops the list of my favourite south Indian temples. I had tried to come to terms with its grandeur while tucking into a south Indian vegetarian platter and the wobbly, oscillating Thanjavur thalayatti bommai dolls had danced around me wickedly.

Traditional, beautifully unique and proud owner of Geographical Indicator status by Government of India (for its origin in culture rich Thanjavur.), those 19th century Tanjore art had looked absolutely complimentary to the Chola capital and had provided me the most sublime start of my Tanjore tour. For what had happened next had been nothing short of drowning in excellence of art. Magnificent, colour changing and ethereal, my walk through the Briheeshwara Temple had been experiencing history coming alive.

Some photos have been taken from the internet.

And I had to

From the cultural overdose

I had given in

To the lazy joys of Trichy

When a sudden unplanned

Had made me rush

To the grand Chola

Home of the fantastic