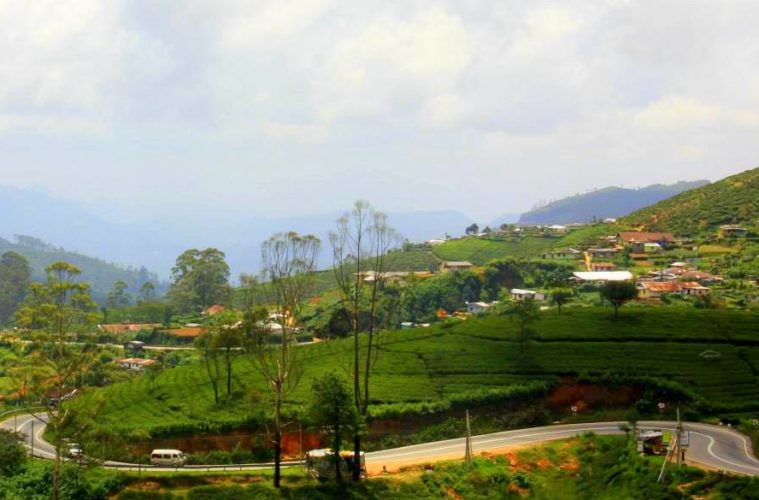 Postcards from from our Darjeeling trip

This March I happened to be traveling alone in India with baby Akash. We were in and around with a brief foray into Jaipur. It was already quite hot and the bright sun promised rising temperatures. The afternoons were nearly impossible to venture out with a baby and that lead to very difficult moments. Being a toddler, Akash needs a lot of action and open space and the afternoons spent within the constraints of the hotel room were not easy for him. It made him restless and we ended up having slight heat fever. The need to head towards cooler weather became increasingly necessary and we decided to go up the hills in West Bengal. Darjeeling was our first choice and I always wanted to go there on a solo trip.

The tea workers of Darjeeling.

Darjeeling then and now

My first trip to Darjeeling had been as a child and I have very few memories of it. Riding around the Mall on a horse is the only thing that comes to my mind from that trip and I wanted to return to explore India’s famous, “Queen of Hill Stations”. So we boarded a flight from Delhi to Bagdogra and took a taxi to go uphill. Ghoom was our destination since Darjeeling was filled to the gills with tourists at that time and finding accommodation was tougher than I had imagined. In retrospect, Ghoom turned out to be a better choice and we stayed at a beautiful home-stay near the monastery.

Misty hills and forests around Ghoom

It rains a lot in Darjeeling

Visiting Darjeeling alone with Akash taught me a few important travel lessons. One is to avoid steep places especially if your toddler refuses to walk on his own. This is the biggest shock I received in Darjeeling and Ghoom where to merely even function, you have to go up and down the mountains. The home-stay too was accessible by a steep flight of stairs clinging by the hillside and though the views were awesome, the climb up nearly killed my back. Another thing that totally caught me by surprise was the amount it rained in that area. It rained every single day of our stay in Darjeeling/Ghoom and there were heavy showers when we drove down from the hills. Sunshine smiled at us in the afternoons and the rain always brought thick fog with it.

You may like: Okhrey, the lesser known gem of Sikkim

The iconic tea gardens of Darjeeling

Things to do in Darjeeling with a baby

Despite all the weather hassles, it was nice and cool at Darjeeling and Ghoom was a sheer joy to stay at. We happily explored the temples of Darjeeling, spent afternoons at its botanical garden, and drove around the tea garden swathed hills when things got rainy. Tea, momos and steaming thukpas became part of our routine meals and it was just the beginning of our North East Adventure. Traveling alone with a baby is not easy and visiting the hills with them adds another dimension to the trip. It is very fulfilling, empowering, and bonding as well and this emboldened us to continue further into Okhray in West Sikkim. We made the whole trip by shared taxis and it was one amazing month for Akash and me.

But then, is Darjeeling an overrated destination?

Here’s the truth. I found Darjeeling extremely overrated. The once romantic hill-station is now an ugly urban sprawl with disgusting toxic smoke-belching traffic. Squat hotels without an ounce of aesthetic beauty swathe the slopes and I could not understand the point of Batasia Loop at all. I went there without minimal expectations of any remnants of colonial charm and came myself face to face with a dilapidated hill-station. The only relief was the temple near the Mall and the forests outside the town. The neighbouring Ghoom turned out to be a better bet, though it got monotonous fast. The highlight of Ghoom was the vintage Darjeeling Himalayan Railway and the way it chugged in and out of thick mists. Thankfully, it was spring and there were a lot of flowers blooming, which beautified the eye-sore destination a bit. In my opinion, stay away from Darjeeling, let it breathe a bit, and come back once more when it has healed from the trauma of over the top mass tourism.

Rhododendrons and magnolias blooming in Darjeeling.

It was time to leave Darjeeling

To head for Sikkim, leaving

This is our Darjeeling trip in a nutshell.