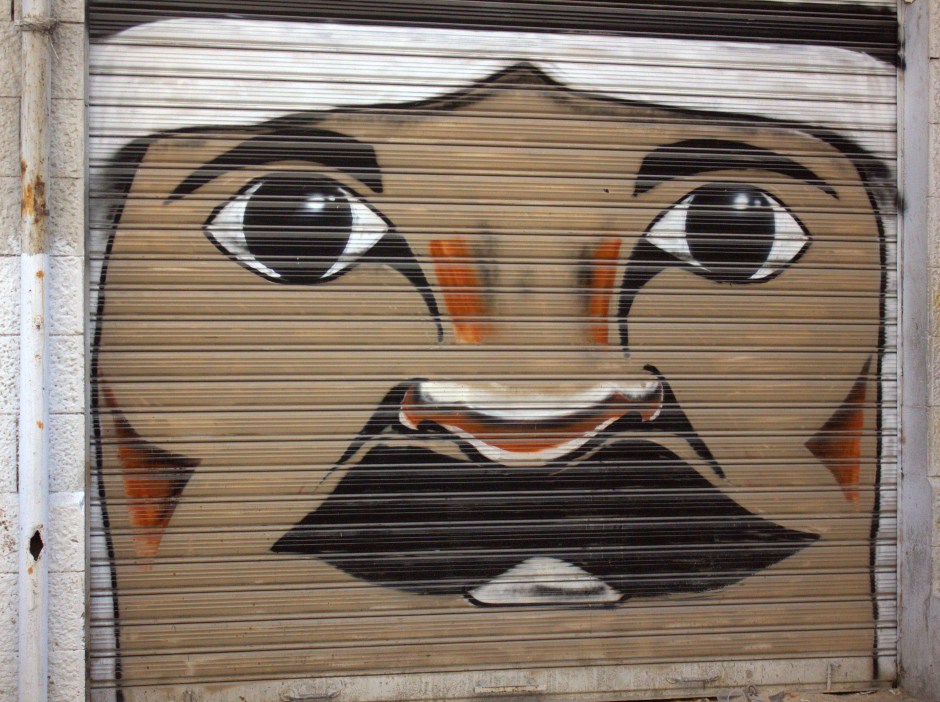 Out of everything amazing that Jordan has to offer, 3 things stand out in my mind- the Jordanians themselves, Dead Sea and the phenomenal number of expats, mostly Egyptians living there. A trip to Jordan happened fresh after the deadly political conflict in Egypt which I had unfortunately witnessed, being in that country at that time. So while I could actually understand the reason behind their mass exodus (I had met too many Egyptians in Russia too), it seemed as if Jordan was being overrun by them.

As an Indian passport holder, although I was eligible for a Jordanian visa on arrival, online reviews at popular traveler’s communities said otherwise. The travel portals were rife with harassment met out to Indian travelers by the Jordanian immigration system and while I could not empathize (most Indian travelers end up making obnoxious asses of themselves while on holidays or happily overstay and/ work on their tourist visa permit) with my fellow countrymen, it did make me question if the trip was worth it.

However a non refundable ticket and high cancellation fee of my hotel booking, forced me to board my Air Arabia flight to Amman via Sharjah. I was flying Air Arabia for the first time and was absolutely floored with their efficiency and excellent network of connections. After so many years of professional flights, flying as passengers in countless aeroplanes ranging from sleek jumbos to rattling propeller driven contraptions, I found the low cost airlines Air Arabia and Air Asia to be very friendly, professional and dependable airlines. They offered no frills, were strict with their policies and offered what they promised, smooth, hassle free flights. Sharjah airport was like a caravanserai and as boring as it can get. But it was like a global melting pot of all races, communities and religions. I watched families huddle together, solo travelers stare at the world wistfully and businessmen struggle with time.

Finally the boarding of my Amman flight got announced and I gratefully slouched into my seat. The flight was filled with Jordanians and I was the only solo female traveler on board. They stared at me and I stared outside my window. Arab/ Indian subcontinent solo female travelers are exactly what you bump into everyday in your travels and I was used to my share of being stared at, questioned and gaped at incredulously. It was still one of the most relaxing flights I ever had and as our plane descended over Jordan, I watched in shock as to how barren the country looked from above. Unbroken stretches of yellow and dull brown hurt my tropical eyes and I could only nod mutely, when the Jordanian next to me exclaimed over its beauty.

Contrary to the online gossip, the Jordanian immigration and passport control was a breeze. The only thing I had to do after showing my return ticket and hotel voucher, was pay the visa fee in Jordanian Dinars. A helpful foreign exchange booth right opposite the immigration counter, changed my Rupees to JD at an exorbitant rate and I breezed through the passport control after answering the customary questions on Bollywood.

Jordanian sun blazed harshly as I got bundled into the hotel transfer taxi. The car was rickety with moody air conditioning and it was not the best start of my Jordan trip. I cursed myself once again and settled down exhausted on the sticky vinyl seat. Combining my nearly 3 hours domestic flight to Mumbai (my home city does not Air Arabia connectivity) along with 7 hours of international flying, with endless transits in between, I had traveled more than 24 hours to visit Jordan. My body felt drained and my eyes nearly shut down. But the friendly taxi driver and immigration authorities had perked up my mood and Jordan somehow did not seem as much as I had thought it to be. The driver spoke no English, but he smiled, offered me some water and pointed out to sights along the highway.

A glassy smooth highway stretched, well maintained in most places and olive groves lined it in clumps. Settlements of gypsies camped next to the highway and sold boxes of onions and tomatoes to the passing cars. Gypsy children kept an eye on penned in camels, sheep and horses and their bathing fathers watched them from open roofed, tin bathroom cubicles. Hot houses mushroomed busily and the entire suburb seemed to be growing something or the other. Amman appeared in a shimmering afternoon daze and immediately our little taxi got engulfed in lots of traffic over a monstrous Indian made bridge. A charming city, Amman appeared to be spread in waves of stone houses and dust. Dazzling white residences rolled over the hills and as I would learn later, each mound housed distinctly different neighbourhood.

I passed through a very trendy, cosmopolitan section and took in the swanky buildings, embassies, hospitals and coffee shops, wondering if it was Dubai in bits. However it passed soon and the old city popped up like a beautiful, forgotten dream. My destination, Amman Boutique Hotel came soon and I disembarked lugging my bag behind me. It stood on a busy road and was surrounded by shops, restaurants, tiny uphill lanes and traffic. Exhaustion took over and I stretched out on the soft bed in my tiny, but cozy basement room. My eyes grew heavy as I watched delightedly the sunlight playing through the fake crystal chandelier overhead. For 35 USD I had a clean air conditioned room with private en suite bathroom and my very own chandelier. I smiled happily and drifted off to a contented sleep in the crumbling, ancient capital of Jordan, Amman.

Crossroads between East and West

It is a delightful treasure house