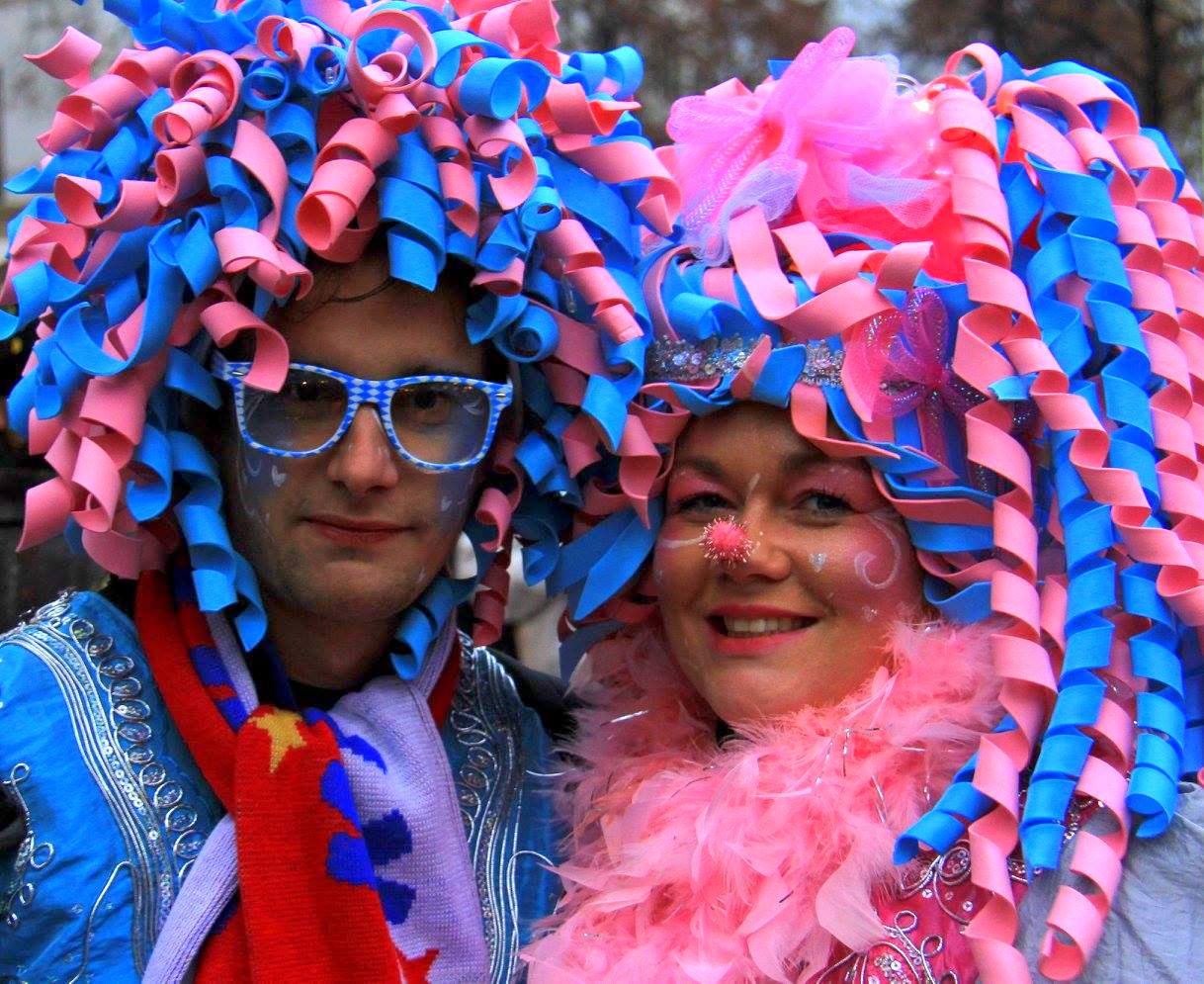 Party like no tomorrow at Cologne Carnival Kickoff in November

The famous Carnival of Cologne officially kicks off on 11th November at 11.11 hrs. Carnival is called the “fifth season of the year” and nobody celebrates it better in Germany than the citizens of Cologne. While the main event is breathtaking, the kick off is equally fun and the whole city parties hard. Revelers from Cologne and carnival-goers from all over the world come together on the cold autumn day and they celebrate it with the three chief carnival figures (Prince, Peasant, and Maiden who make up the Cologne Dreigestirn). The trio is the highest representatives of the Cologne carnival and traditional Cologne carnival bands perform at the square in the center of the city.

The party programme of the Cologne Carnival kickoff

The programme starts on a stage at Heumarkt at 9.00 and the city center gets cordoned off for revelers to party. Even the lifeline of the city, the tram connections do not stop at Heumarkt station on that day and security is heightened to the optimum. Laughter, gaiety, and funny costumes fill the city streets and carnival music blasting from live performances and large screens get the colourfully costumed revelers into the dancing spirit. The 11.11 party goes on until the wee hours of the morning and pubs in the city center in and around Heumarkt and Alter Markt get busy serving endless spindly glasses of Koelsch. The celebrations of 11.11 are the best ways to beat the autumn chill and it is a curtain raiser for the best that is yet to come..i.e. the Cologne Karnaval held every year in February.

History of the Cologne Carnival

The history of the Cologne Carnival is almost as old as the city itself. Although the organized Carnival dates back a couple centuries, its actual history is long, complicated, and often disputed. Many believe that the origins of the Cologne Carnival belong to the times when the Greeks and Romans celebrated Spring festivals in honour of Dionysos (god of wine) and Saturn. Flowing with wine, dancing, and music, those celebrations were a lot of fun and Cologne, being a Roman colony, happily picked up the tradition of the feast of Saturnalia. Over the period of time, Christian influences got mixed into these festivities and the ancient Germans began celebrating it as a part of the official church calendar. Held six weeks before the period of Lent, it soon turned out to be a venting outlet before the severity of religious restrictions set in.

According to the church, Lent is a 40 days period during which the followers are meant to have quiet contemplative time. Abstinence from eating meat and drinking is strictly followed to remember the suffering and death of Jesus Christ. This goes on until Easter and since the church has always been lenient to the wild partying before Lent, the Cologne Carnival ended up being a huge blow out of excesses. People had a lot of freedom to enjoy themselves during that time, and drunkenness, wild partying, satirizing of the nobility were acceptable with good humour. Craftsmen and workers paraded down the streets like princes and many believe that masks and costumes upped the fun quotient by hiding the true identities of the revelers.

Dress up and preen

Save the dates for Cologne Carnival 2018

The Cologne Carnival is one of the world’s biggest and best-known Carnival celebrations of Europe. The ‘Fastelovend’ or ‘Fasteleer’, as it is known in Cologne dialect, is almost as old as the history of the city itself. Revellers in Cologne have been enjoying the Carnival for around 190 years now. From the moment it kicks off on 11.11 to the end of the Carnival season on Ash Wednesday, some 180 Carnival societies, local tradition associations and district communities mark the occasion with around 600 gatherings, balls and processions. The finale takes place on the streets on ‘Weiberfastnacht’ (Women’s Carnival Day) the Thursday before Rose Monday: at 11:11 on 8 February 2018, the street Carnival is officially declared open at the Alter Markt by three principle Carnival characters (granted the roles of the maiden, prince, and peasant). At 13:30, the historic ‘Jan un Griet’ Carnival play is performed at the Severinstor in the south of the city, followed by a procession to the Alter Markt. And so it continues: each day, processions of all sizes weave their way through the streets in the districts to the left and right of the Rhine. Saturday plays host to a somewhat different procession in the form of a Ghost Parade: this is part of a series of celebrations in honour of the Roman Empress Agrippina the Younger who was born in Cologne 2000 years ago. The highlight of these playful activities is the Rose Monday procession on 12 February 2018, based on the motto of ‘Mer Kölsche danze us der Reih’ (the people of Cologne march to a different beat).

This information is courtesy NRW Tourism.

P.S – This blog post is part of the weekly series called the Cologne Diaries. Every week, Maverickbird takes on a new theme, emotion, and beauty of an expat life at our home in Cologne.

P.S – This blog post is part of the weekly series called the Cologne Diaries. Every week, Maverickbird will take on a new theme, emotion, and beauty of an expat life in Cologne.