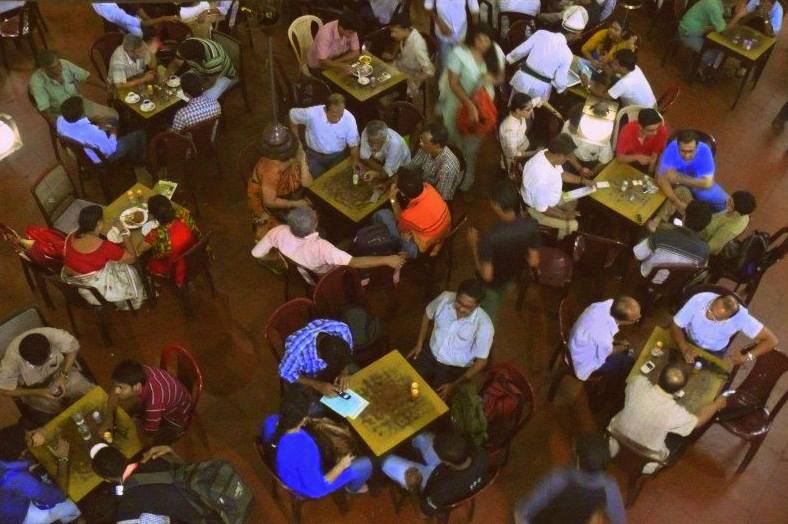 This is Kathleen’s Kolkata

‘Some may say that film-makers romanticise the old world charm of Kolkata and that they are not painting the true real life of the city. I reckon perhaps it’s one way to establish a connection with the city – its past, glory, and heritage.’

Bollywood took me to Kolkata

Believe it or not, Indian films have somewhat influenced my choice of travel destinations in India. I enjoy watching Indian films (with English subtitles, of course) but would like to quickly add that I’m not inclined towards Bollywood masala films. Thanks to a Bengali friend living in Delhi who introduced to me an array of critically acclaimed Indian films that portray vibrant and riveting stories; films par excellence in terms of screenplay, directing and acting that may not necessarily perform well in the box-office. Over a period of time, I discovered more Indian films on my own, and these films happened to feature the city of Kolkata or Calcutta, depending on the era in which the films were based.

It started with Kahaani

The first of which was Kahaani, a mystery thriller film about a pregnant woman searching for her missing husband in Kolkata. The entire film kept me on the edge but it was the frenzied, climactic scene of the last day of Durga Puja festival when the Goddess Durga was carried out in the streets of Kolkata amid music, dance, blowing of conches, ululation and married women smearing vermillion powder on each other’s face, left me spell-bound and captivated. It took a few more Kolkata-themed films (which I will share shortly in this post) and three years later that persuaded me to book a flight to Kolkata to experience the festival myself.

My real life experience of Durga Puja festival was not as chaotic as the film but more restrained and yet positive. This was because I spent the time pandal-hopping in the suburbs of Kolkata with a local friend. We visited three puja pandals that were walking distance in the neighbourhood, and I was amazed by the creativity and innovation displayed by the communities in building pandal structures of various themes. And the part which I found most interesting, if not, a little poignant, was bidding farewell to Maa Durga. I saw married women wearing red and white sarees, queuing up at the pandals to apply vermillion powder, feeding the Goddess Durga sweets with much love and adoration as one has for her own mother. Devotees worship Durga not only for her victory over evil but as Mother of the Universe as well.

Suggested Read: This is Brian’s Calcutta and Calcutta through Brian’s eyes

Blame Byomkesh Bakshi for my visions of romantic, vintage Calcutta

Another mystery thriller film that intrigued me was Detective Byomkesh Bakshy, a Calcutta whodunit based on an adaptation of a dhoti-wearing, quick-witted private eye character who remains one of the most popular figures of Bengali literature. What I loved about this film is that the production set and cinematography depicted the politically volatile era of Calcutta in the 1940s complete with its old world charm of vintage cars and trams, Chinatown, smoke-filled coffee houses, structures of crumbling grandeur, all of which I recognized during my trip in 2015.

During my walkabouts in Kolkata, I saw the decaying red three-storey brick flats with green shutters known as Bow Barracks; walked along the streets of Tiretta Bazar, home to India’s only Chinatown; and drank (bad) coffee in Indian Coffee House on College Street which incidentally was one of the film locations for Detective Byomkesh Bakshy . As I explored the city over a period of three days, I was enchanted by its heritage architecture, quaint charm, confluence of cultures, a city mixed with modernity and old grandeur, and soon I began to understand that Kolkata has become both muse and leading characters for films nowadays, and to some extent, for my travel experiences as well.

This is not a travel guide. This is a love letter to my hometown from Malaysian travel blogger Kathleen Poon. For a proper Calcutta food guide, check out Calcutta Belly.

Bijoy, not Vijay, Prodesh not Pradesh and I fell in love with the sweet round Bengali accent

The last film that I would like to mention is Piku, a comedy-drama about the short-tempered Piku, her grumpy and aging father who suffers from constipation and the owner of a taxi company, as they embark on a road trip from Delhi to Kolkata. By this time, I was able to identify the familiar icons of Kolkata (even though I hadn’t visited the city yet!) but interestingly, the thing that I detected in the film was the Bengali pronunciation of words. Their accent and pronunciation are fascinating, often dominated by “o” and “osh” sounds. “V” is pronounced as “B”. “Pradesh” and “Vijay” are “Prodesh” and “Bijoy”. I had observed and noticed the same when I was in Kolkata. The popular Bengali sweet “rasgulla” sounds like “roshgolla” as if their mouths are full of rashgulla as they speak 🙂

Of Kolkata are irresistible

Once back in my country, I rejoice Kolkata through the movies

Some may say that film-makers romanticise the old world charm of Kolkata and that they are not painting the true real life of the city. I reckon perhaps it’s one way to establish a connection with the city – its past, glory, and heritage. And for those who are returning to their Bengali roots, maybe the past can help them create a new future for the city and its people.
And as for me, the foreigner who passed through Kolkata for a short time, a glimpse into the this City of Joy is enough for me to remember and cherish for a long time. And if I do forget Kolkata once in a while, I can always watch the movies 🙂

Suggested Read: Top things to do in Calcutta

Kathleen hails from Kuala Lumpur, Malaysia. She blogs at Kat Pegi Mana: Where Is Kat Going (www.katpegimana.com), a travel blog of her adventures mainly in Asia, and other parts of the world. Kat Pegi Mana means “Where Is Kat Going” in the Malay language, and that is the question her friends always ask her whenever they meet. They see the wanderlust in her! Kathleen still works full-time in the financial industry in Kuala Lumpur but she jet sets every few months and gets immense joy from experiencing different cultures, admiring beautiful landscape and architecture, and eating delicious international cuisine. Her interest lies in history, heritage, arts, and culture. Through her blog and writing, she aims to inspire people to appreciate and connect with various heritage and cultures around the world, as the world is ever more connected now. Kathleen has traveled to India nine times and is dreaming of her tenth trip. To continue her connections to the Bengali world, she is currently reading an English-translated omnibus edition of “The Complete Adventures of Feluda, Vol.II” by Satyajit Ray, a book that she found in a bookshop in Darjeeling.

Kolkata is beyond stereotypes.

…It is a photographer’s delight…

…Only if you have time…

You may check out these excellent Calcutta travel blog posts by Migrationology, Urban Adventures, and Vir Sanghvi.