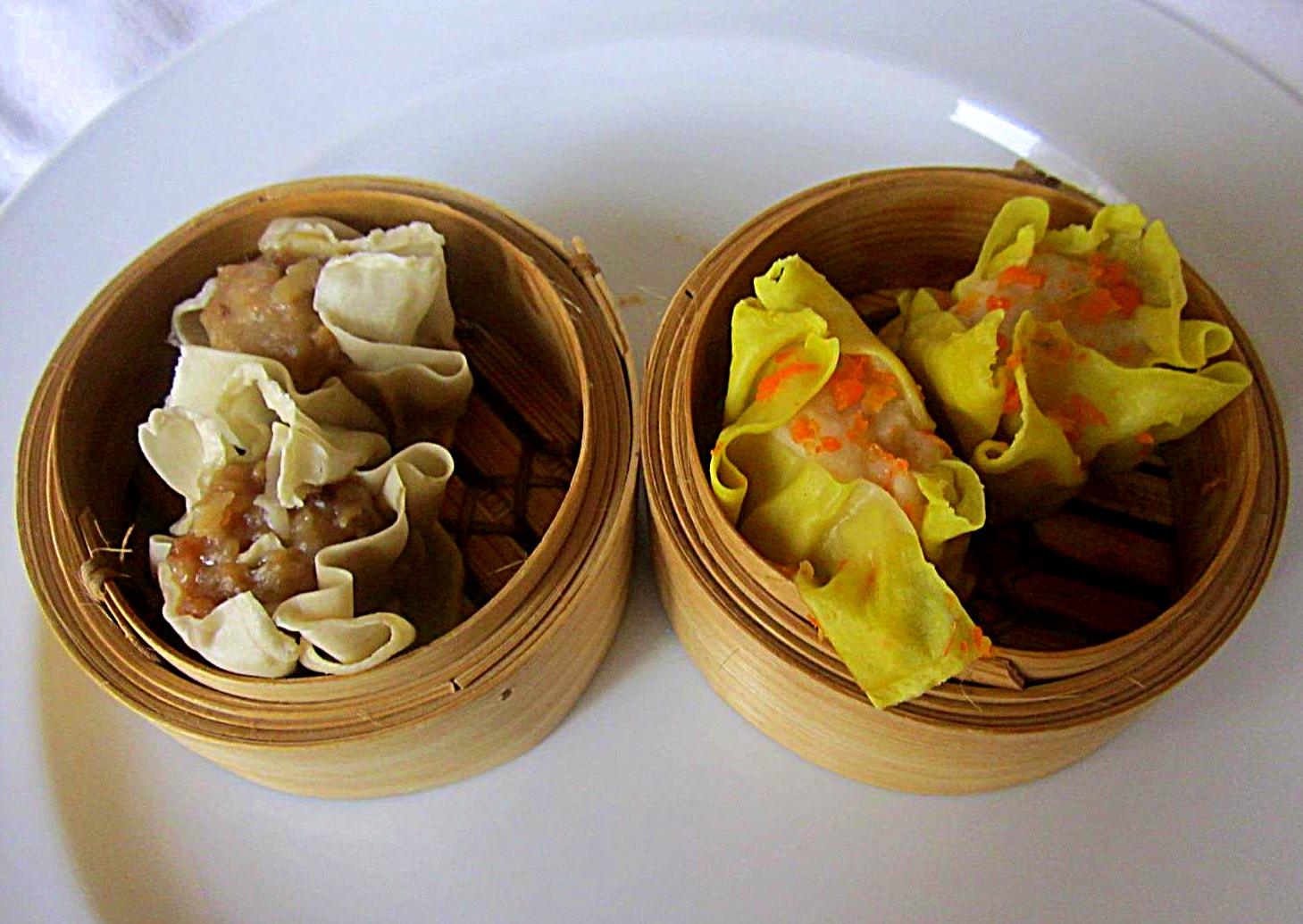 Hong Kong is known as the “World’s Food Fair” and it is a foodie’s paradise. In fact dining out in HK is one of the most popular things to do as a tourist. From roadside stalls to world-class restaurants, Hong Kong offers a wide variety of choices when it comes to food and the cuisine includes a huge range of eclectic, exotic ingredients. Many of the restaurants in Hong Kong are influenced by both Eastern and Western cultures and food enthusiasts get an array of world class global cuisines. Japan, Korea, Thailand, Malaysia, Singapore, Vietnam, India, Europe, and America are all served in steaming platters in Hong Kong and there are also special diet restaurants offering halal and Jain food.

Hong Kong is one of Asia’s delights

The whole city buzzes with food related sights, sounds and aromas, and from Wan Chai’s unique drinking scene, Mongok’s excellent street food culture and Soho’s lively global array of restaurants, the world is a food oyster at Hong Kong. Recently many special theme restaurants and bars like Oyster & Wine bars have started mushrooming all over the island city and most of them are located in Happy Valley and Tsim Sha Tsui areas.

While the city’s international glitter and floss are truly awe inspiring, in reality Hong Kong’s culinary prowess lies in a smoking wok and a pair of chopsticks. Despite, the city’s bittersweet relationship with mainland China, all varieties of Chinese cuisine are very popular in Hong Kong. Due to its close proximity to Guangdong province, Cantonese cuisine dominates the city’s dining scene and the other major varieties like Chiu Chow, Shanghai, Sichuan, Hunan, Beijing etc can also be sampled in here.

Nearly all of them are rice based and most use very exotic ingredients like shiitake mushrooms, Chinese cabbage, salted duck eggs, dried shrimp, hoisin sauce, dried scallops, jujube, lotus seeds etc. One of the most popular and must try dish in Hong Kong dish is dimsum. An essential staple o Cantonese food, Hong Kong dim sums are undoubtedly one of the best in the world and the delicately shaped, bite-sized goodnesses are filled with light seasoning fillings and toppings. Although, eaten throughout the day, dimsums make excellent breakfast and tea accompaniments and the term yum cha (meaning to “drink tea”) is synonymous with eating dim sum in Hong Kong people.

Poon Choi is one such unique dish and it had been an integral part of Hong Kong history. Originating from the walled villages of New Territories, poon choi literally means “big bowl feast” and it had been created from urgent need. When the early inhabitants of Hong Kong started living in walled villages, not only did they get protection from tigers, bandits, pirates and foreign/rival clan attacks, but, their long periods of seclusion helped them develop their own distinct hearty and rustic cuisines.

The community meal of Poon Choi

Poon Choi is the most notable walled village dish and it actually consists of a huge amount of ingredients, getting layered in a large bowl and shared by a sizable number of people. One big bowl would include pork, beef, lamb, abalone, chicken, duck, shrimp, crab, various mushrooms, Chinese radish and tofu lined in nine to twelve separate layers and the ingredients are not mixed. Poon Choi contents are eaten thus, layer by layer and some legends believe that it was invented during a fleeing Southern Song dynasty (1127 -1279) emperor’s visit.

In order to escape the invading Mongol forces, the emperor had taken refuge in a New Territories walled village and the local villagers had provided him with food, shelter and reverence. They had taken out all the best food that was available to them and had lovingly served it to the emperor in large washbasins, thus creating the city’s most unique culinary heritage. Hong Kong’s food tradition however does not end here and the residents proudly keep the city’s culinary history alive.

The whole city is riddled with dining options serving traditional fare and from endless high end Chinese restaurants, dai pai dongs and cooked food markets, this cuisine is accessible for all pockets. Among them, dai pai dongs are as traditional as they get and these open-air food stall are very popular among the locals. A very old and important food tradition of Hong Kong, the tradition of dai pai dongs had nearly been wiped out and today only 28 official licensed ones operate in the city.

Recent inclusion of dai pai dongs in the tourist’s heritage food trail have revived the custom and most of the functional ones operate from cooked food centers. A few can also be found in Wan Chai, Graham Street and Mongok and these are usually clustered within walking distance of MTR stations. Serving quick, cheap and filling eats to locals and travelers alike, many of Hong Kong’s dai pai dongs have been credited for creating some really most unique and delicious dishes. Crab cooked with steamed eggs, pan fried oysters or oyster omelettes, sauteed clams and fried fish battered with century old eggs are some of the most famous ones and nowadays Hong Kong food trail carefully curates these dishes in a map.

Now Hong Kong is unanimously referred as Asia’s global city and it is not without a reason. The rich and the have-nots flock to the city in equal numbers and each have carved a niche for themselves in the island cityscape. While the city’s premium hotels take pride in their fancy traditional afternoon tea rituals, the budget friendly Nathan road inhabitants gorge on other culinary traditions of Hong Kong. Plastic bags of cold noodles topped with sauces and other flavours like squid shredded, snake bits, mushrooms are one of cheapest eats in Hong Kong and dozens of hand pushed carts scattered all across the city sell them by hundreds each day. Various meats and fish balls skewered on sticks served freshly barbecued, roasted, or drenched in a curry sauce, also make it Hong Kong list of favourite cheap eats and needless to say, they are indeed delicious.

No food travelogue of Hong Kong is complete without a mention of its tea traditions and Cha chan teng are the city’s beverage fixture. Popularly known as ‘Hong Kong-style tea house’, Cha Chan Teng is an unique melting pot of Hong Kong’s history and it usually refers to popular casual restaurants/tea house serving up cheaply priced, richly flavored eats at all hours of the day. For such humble establishments, cha chan tengs have a very interesting history and they have been one of many post Second World War trends. After the WW II, although, Western food had gained immense popularity in Hong Kong, it had continued to remain out of reach for many people.

This resulted in mushrooming of local diners offering dishes with Western influences at affordable prices. This tradition continues to thrive in modern day Hong Kong and because of their array of specialties like roast goose, pineapple buns and hot ginger Coca-Cola, cha chan tengs have become lifelines to locals and adventurous food travelers.

Because of its well established colonial past, Asia has always cherished anything Western as the benchmark of fineness and lusted to integrate it in their Eastern exoticism. This has given birth to the unique custom of serving food on heated plates thus creating the ever popular dishes of soy-sauce Western a.k.a the sizzling meat plate. The delightful ensemble is served in a covered plate, so that when the lid is removed and sauce is added by the waiter, a pleasingly loud sizzle and sudden burst of aroma envelopes the diners. Delicious, thoughtful and all sensory, it is yet just another Hong Kong food treasures.

Now, Hong Kong and good food is synonymous and it’s stir-fries are legendary. While the Cantonese dish of sweet and sour pork has been a regular feature on Chinatown menus for decades, the new stir fries are making their presence strongly felt in Hong Kong dining scene. In Hong Kong, eating is often a social experience and although hotpot is now available for one, traditionally it has always been meant for a group event.

Hot Pot comes in a soup base with various ingredients like seafood, meats and vegetables are added to it. The pot of soup is boiled on a stove built into the table and the ingredients are added by the diners at the table, stewed until cooked and then dipped in custom-made dipping sauces that can include anything from black sesame sauce to balsamic vinegar.

Another winter staple and local flavour of Hong Kong is claypot. In this dish, the meals are traditionally cooked in clay pots for their even heating qualities, thus rendering them the name and the base is nearly always made of rice, fatty, juicy meats and fresh vegetables. These are all mixed together for mouth watering wholesomeness and the pot is covered and, traditionally, slow-cooked over a coal-lit fire. Among the most popular dishes are Ju Ju’ Style Chicken in Hot Pot and Claypot fried rice with pepper eel.

In Hong Kong, the residents do not stop eating good food and this starts right from breakfast. Congee or rice porridge is a popular breakfast staple of South East Asia and Hong Kong delivers excellent congee options. Raw ingredients are put in continuously boiling rice porridge until they become soft and their flavours are infused in the entire mixture.

Roast ducks and other grills are must tries in Hong Kong

While the Cantonese style congee uses some really exotic ingredients like pork balls, beef, air bladder and snake head fillets, the Chiu Chow variety from Guangdong Province add their own distinct dialect to the cuisine of Hong Kong. The difference lies in their use of fresh-seafood renditions of congee, such as the baby oyster congee. In a meat loving city, non Cantonese Chinese vegetarian cuisine is hard to find, but there are some isolated temples and restaurants in Hong Kong, like the Po Lin monastery (Big Buddha) which offer excellent set vegetarian meals.