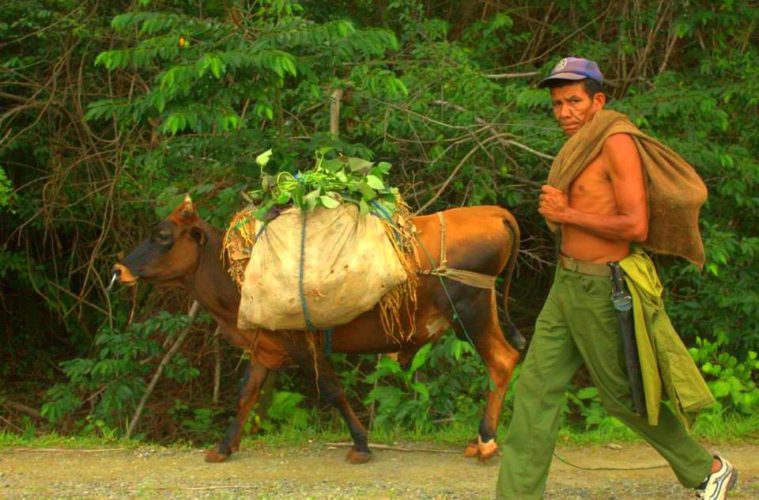 Traveling down the Moa Baracoa highway: the wildest road in Cuba

The journey to Baracoa, in Guantanamo province, was an adventure. Guantanamo is an Achilles heel to the Cuban history and USA still retains a functioning military outpost (and a highly talked about military prison) there. Located in the most southern tip of Cuba, lack of easy transportation facility makes Guantanamo province to be overlooked by most tourists and it is a very pristine place. I was dreaming of visiting the untouched Baracoa ever since I landed in Cuba and the adventurous streak in me made me opt for the Moa-Baracoa route. Touted as the wildest road in Cuba, the highway was famous for being challenging and spectacular in equal parts and I was raring to go deeper into Cuba’s interiors.

The Moa Baracoa highway is what adventure dreams are made of.

The Moa Baracoa highway is the wildest road in Cuba

The morning of my Baracoa journey, the sky was refreshingly-rain free and I was excited to leave Holguin on a shared assembled jeep. A princely sum of 30 Cuc guaranteed me the entire front seat all the way to Moa and in retrospect, it was an excellent decision. Moa was a long drive of more than 3 hours and the front seat, which was actually a bench allowed me to stretch my legs. The Peso paying locals were crammed at the back like a pack of sardines and for the second time in Cuba, I experienced the hardships of the local life, from close quarters. The mining town of Moa arrived, shrouded in a thick layer of dust and I changed vehicles for Baracoa. The next one was a shared jeep in real sense and there were already eleven people in a space meant for six. Like its predecessor, it also had hard benches for seats and despite the space crunch, I got jolted around till my bones felt brittle.

The horse cart traffic of the Moa Baracoa highway.

The drive, however, was absolutely surreal and the description of the Moa Baracoa highway as Cuba’s wildest highway was most apt. Completely broken from the very start, the road was at times just a lane of brown slush and the previous evening’s rainstorm turned massive craters into little ponds. The landscape was a jumble of contrasts and from the high mountains, dense alpine forests, sandbars, cloud forests, mangrove plantations to pristine coastline dotted with cacti, the drive was like a motion picture of natural diversity. Sinister looking Cuban army camps peeked out amidst obscure villages and heavenly smelling chocolate factories lay interspersed between neat housing projects.

The famous cacao of Baracoa and the chocolate factory inaugurated by Che.

The Moa Baracoa highway is touted to have a lot of microclimates and much to my surprise, the weather actually changed at nearly every turn. Time also got lost somewhere in the middle of the drive and after a strange sudden drop from alpine forests to flat mangrove swamps, Baracoa was just an hour away. The wilderness also tamed down a bit after that, although the landscape had remained beautifully unpredictable. It continued changing dramatically and at the wink of an eye, cloud forests blended into alpine meadows, and lush tropical jungles became brooding marshy swamps. Banana plantations grew in thick fruity clusters at the edge of the mangrove forests and scented pine trees crowded right behind them. It was surreally beautiful and very Dali like, and absolutely worth the torturous ride.

Suggested Read: Yemen through my eyes

Slowly little villages appeared and it was a part of Cuba, which saw hardly any tourists. Time stopped there half a century back and the village houses were completely rustic, with thatched huts, mud walls, and fruit heavy orchards. Wild vines and creepers grew all over the coconut palms and mango trees and the road started having more traffic. Wobbly bicycles and horse carts dotted the landscape and a blue-green sea laced along the coastal road. The Baracoa beaches were all breathtaking and like the rest of the landscape, extremely varied too. The sand sometimes glistened black against a deep blue sea and at places, soft white beaches dazzled temptingly. Numerous green lagoons and sandbars pockmarked the coast and crystal clear rivers flowed on sparkling pebbly beds.

Suggested Read: Bolivia through my eyes

Baracoa swamps are made of its several rivers.

Wild parrots shrieked in trees under which the local people slammed dominoes and the outskirts of Baracoa finally appeared with the famous chocolate factory (inaugurated by Che himself). The province’s tumble down airport passed by in a second and the city limits grandly welcomed us to Baracoa. I nearly wept in relief when the jeep rumbled to a stop in Baracoa and suddenly it felt as if I was living one of my dreams. It was a similar feeling of my first step in Havana and even though my body felt battered from exhaustion, I was happy to be in remote Baracoa.  My hosts Ivan and Rosa picked me up from the jeep stop to take me to their casa and after a huge dinner, which I have no recollection of, I passed out in my room until next morning. Baracoa, Cuba’s most beautiful and remote region, felt absolutely worth the time and trouble it took to get there.

Gibara and Holguin were hard to leave,

But Baracoa was calling out to me.

The drive by the shared taxi

On the Moa Baracoa highway, was an adventure.

The journey was surreally beautiful

Through the remote parts

Of the most beautiful region of Cuba.

Located in the controversial

Baracoa was the most

And most enjoyable part of Cuba.