The gothic beauty of Cologne Cathedral

Every time Tarek and I drive back to Cologne fro somewhere outside, we play a game; and that is, who sees the Dom first. It is believed that the Cologne Cathedral or Dom as it is also known, can be seen from every direction of approach to the city. A huge Gothic structure, it is one of Germany‘s most famous landmarks and it is easy to see why. An excellent example of Gothic architecture, the Dom looms over Cologne‘s skyline and is a masterpiece of workmanship. Although the cathedral‘s construction began in 1248, it over seven centuries for the Dom to get completed. Hundreds of successive builders toiled through its several stages of completion and a deep faith in the religion, inspired this grand feat. When in 1880 the Cologne Cathedral finally got completed, not only did it signify a great artistic achievement, but also represented the deeply rooted perseverance of European Christianity. 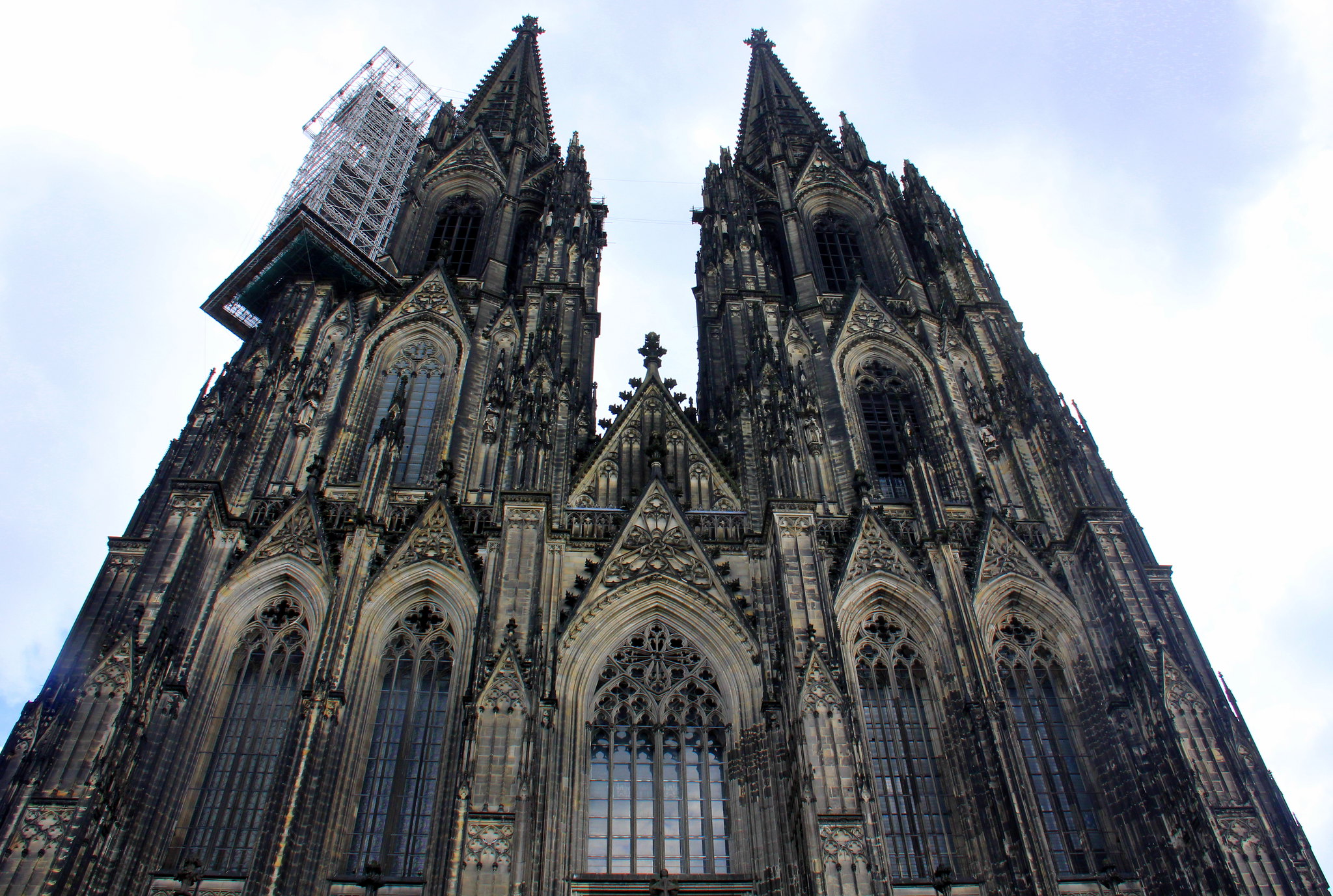 The Cologne Cathedral is an iconic sight of Köln.

Completion took over 600 years of workmanship

Although the cathedral‘s construction began in 1248, it over seven centuries for the Dom to get completed. Hundreds of successive builders toiled through its several stages of completion and a deep faith in the religion, inspired this grand feat. When in 1880 the Cologne Cathedral finally got completed, not only did it signify a great artistic achievement, but also represented the deeply rooted perseverance of European Christianity.

The awe-inspiring exterior will make your jaw drop

It is a structure meant to awe and the uncompromising perfection of its architecture is staggering. A UNESCO World Heritage Site, the Dom is an active place of worship and is the current seat of the Archbishop of Cologne. The relics of the Three Magi (The Three Wise Men) are said to be buried here in a shrine and the Cologne Cathedral was built around it. Two filigree soaring towers are the most visible parts of the Dom, yet they were added much later as afterthoughts. My house is two tram stations away from the Dom and I love visiting it at leisure time. The massive Gothic structure‘s angles, curves, and intricate facade never fails to fascinate me. 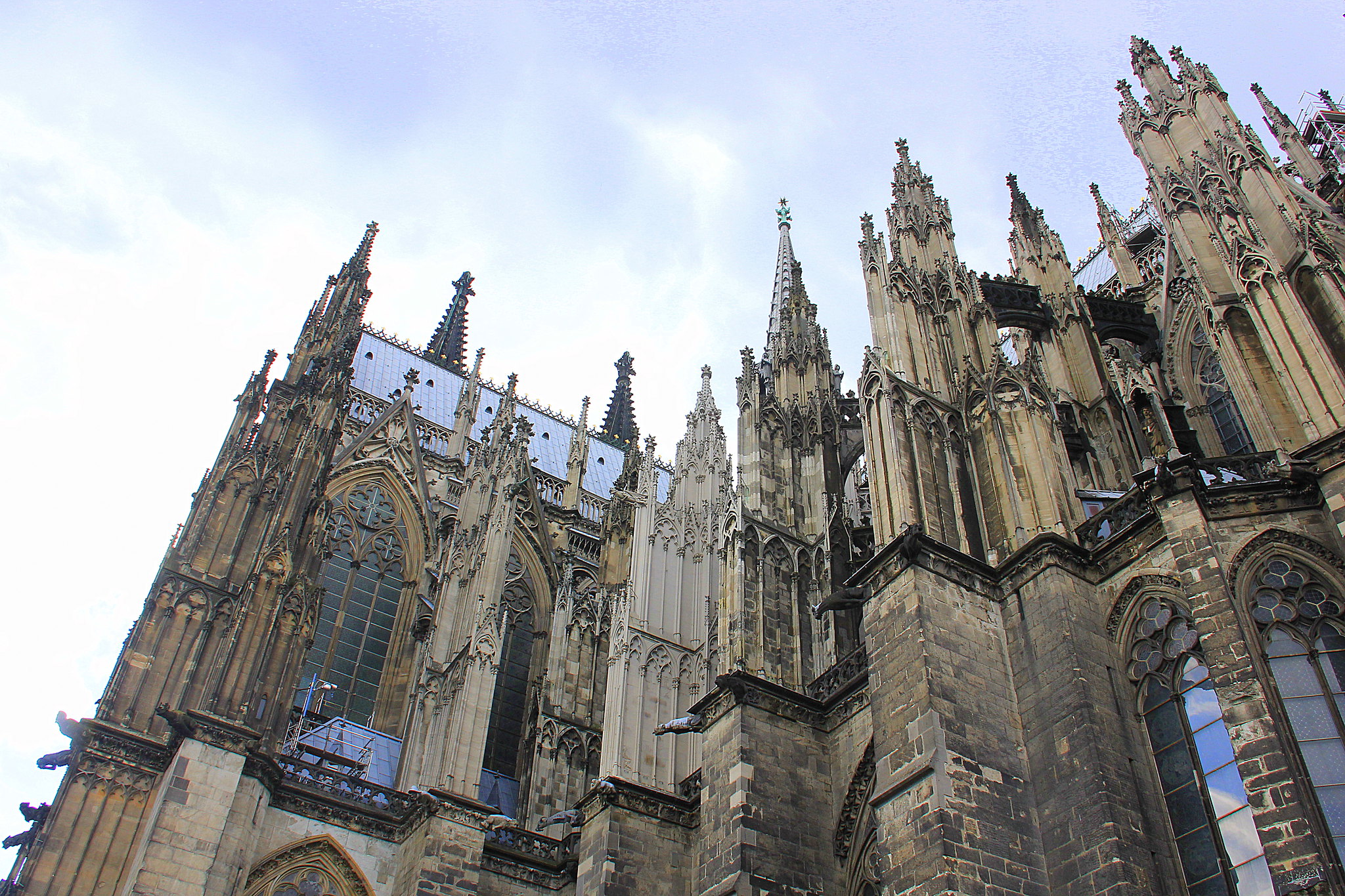 The exterior is jaw dropping due to its perfect symmetry

Interestingly, the exterior the of the cathedral has different shades which range from dark grey, ashy yellow to sooty black. This is because of the damage the Dom suffered during the WW and though, the pilots never targeted it, they bombed out the surrounding area completely. This resulted in dust and bomb shrapnels settling on the facade, making it multi-hued. The colour, however, does not mar its magnificence at all. Beautiful classical sculptures of religious figures, saints, and gargoyles crowd at every possible niche of the exterior and they create an effect which is dazzlingly overwhelming. 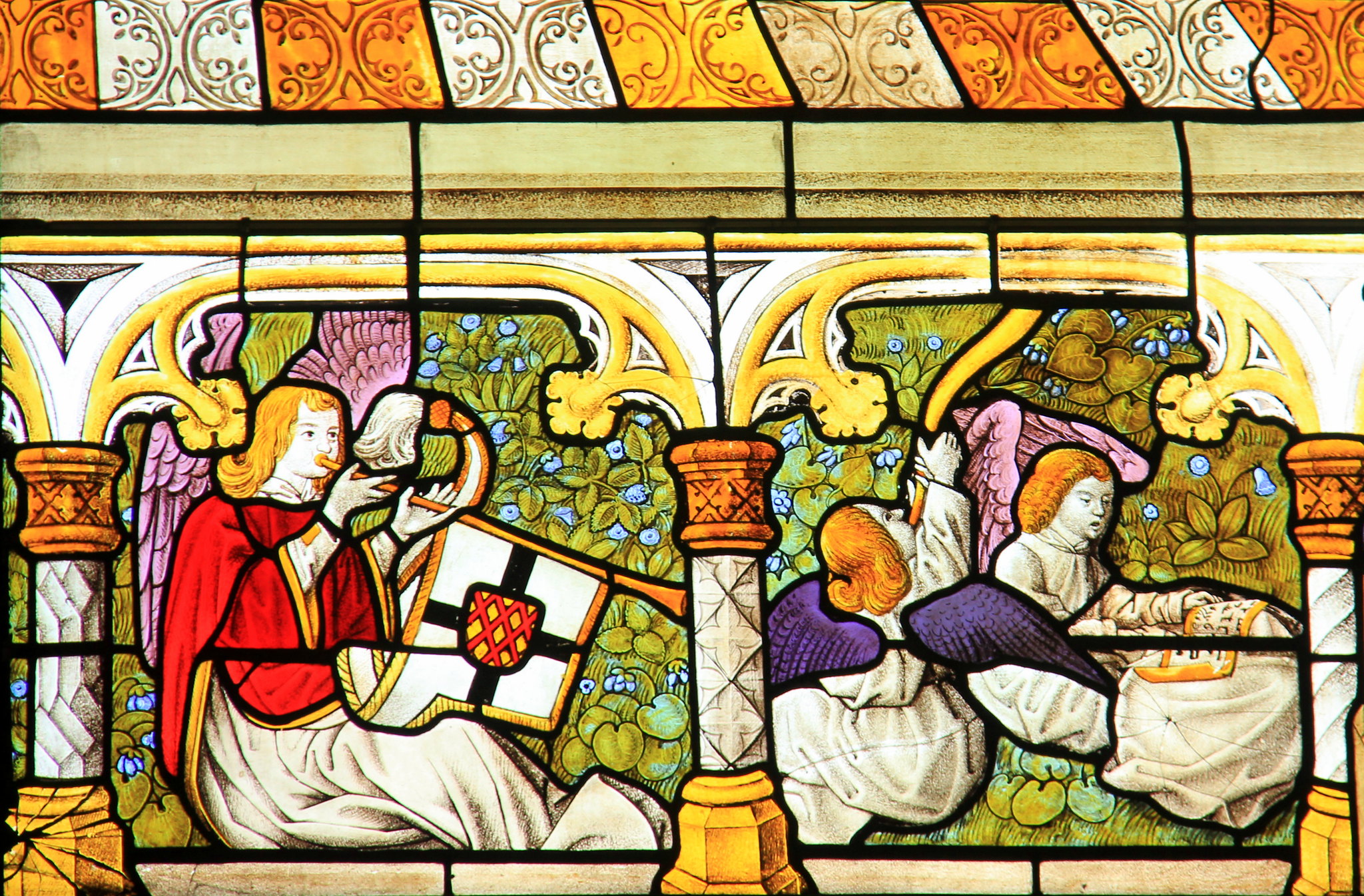 The interior are equally dazzling.

The interiors of the Dom is grander than the facade and the cathedral has some excellent stained glass windows. They depict gorgeous iconography, coats of arms and Biblical scenes in glorious bright colours and create rainbow shadows whenever sunlight passes through them. Contributed by many patrons, whose coats of arms recognize their efforts, the Cologne Cathedral‘s stained glass windows even have a funny anecdote attached to them. During restoration work, when one of the original stained glass of the windows got replaced by a modern design, it sent the whole city of Cologne in a tizzy. Civil protest against it poured out via newspapers and the residents were quite offended by the change. The modern window glass, however, stayed put and today, you can see it clashing with the rest of the traditional work of the Dom. 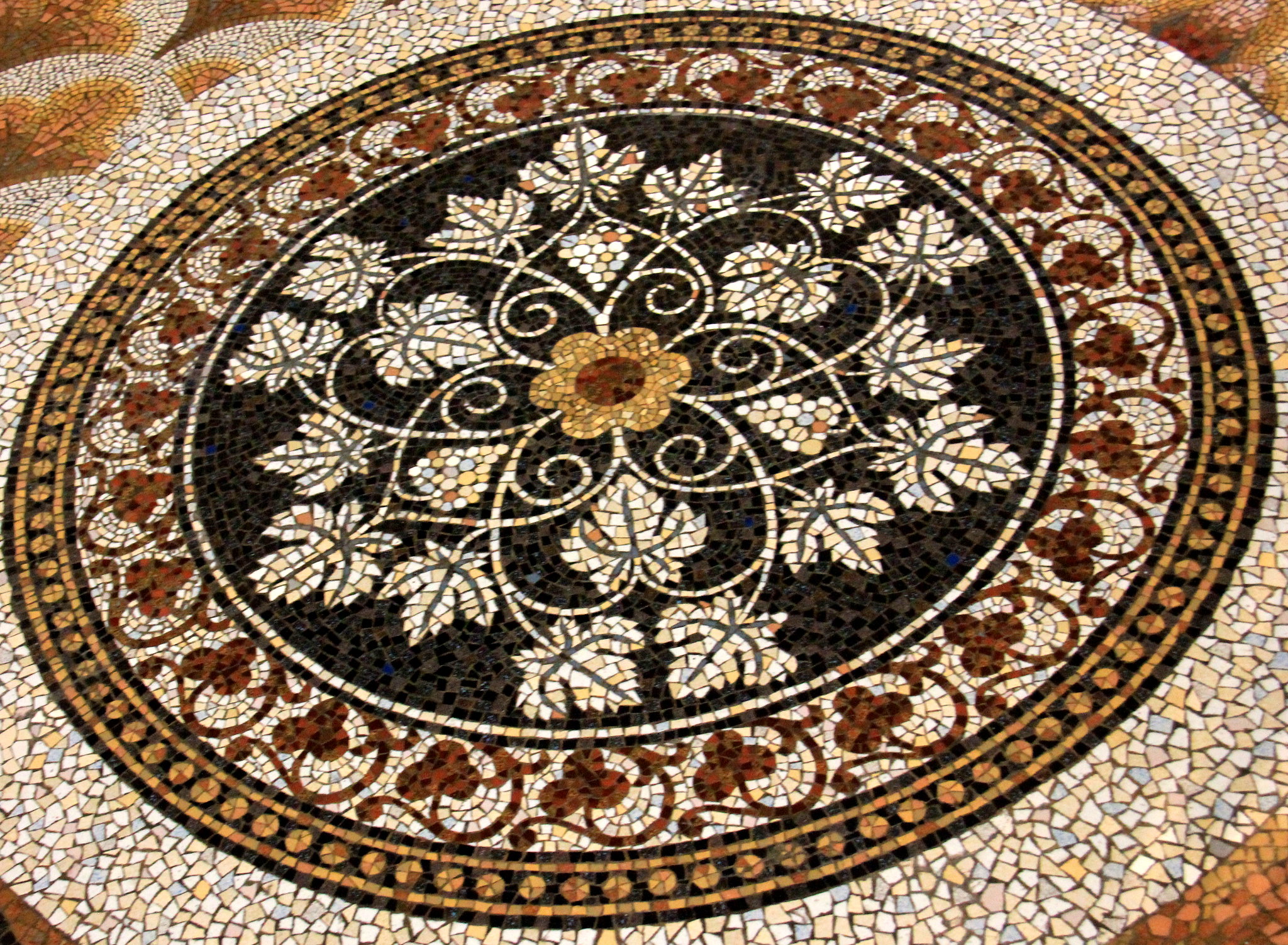 The cathedral was built around the shrine of the Three Magi.

The Three Kings who sleep in its Treasury

Despite the perfect architectural beauty and dazzling interiors, the Cologne Cathedral‘s biggest highlight remains its Treasury. Reputed to be the biggest and richest Treasury of Germany, it holds many objects of extreme value. The relics and other possessions of the Three Kings, over 1000 years old Christian Art and various manuscripts are some of them. Needless, to say, the Treasury has been subjected to robberies throughout ages and many kings, emperors, and popes have showered it with gifts. 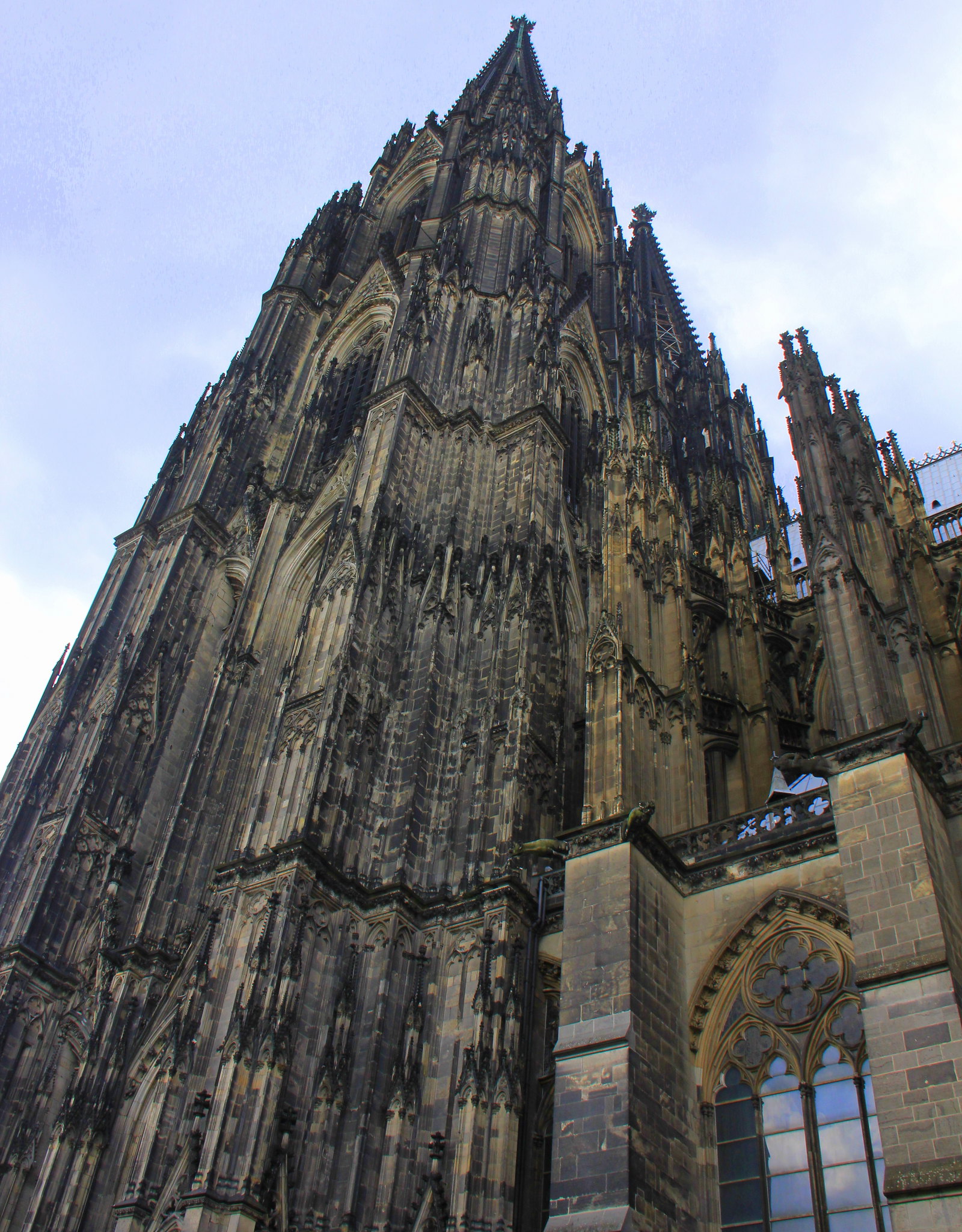 The exterior of the Cologne Cathedral has a waterfall effect.

The Cologne Cathedral is a “must visit” if you happen to be in Cologne or the western part of Germany. Entrance is free to the main body of the building and photography is allowed without a fee. Open throughout the year, in summer (May-October), the visiting time is from 00:60 AM to 21:00 PM. In winter (November-April), it is open until 19:30 PM. You can also walk up 509 stairs all the way to the tower of the cathedral and the fee for that is 3 euros. Climbing to the tower is possible every day starting from 09:00 AM and closes between 16:00 and 18:00 depending on the period of the year. A combination ticket, including the Treasury and the Tower costs 6 euros per adult and guided tours are also available.

Conducted in English, you can join one anytime between 10:00 AM to 14:30 PM from Monday to Saturday. On Sundays and other holidays, they are available at 14:30 PM. An English guided tour costs t cost for 7 euros for adults and 5 euros for children and student. Don‘t forget to carry your student ID card to avail the discount. One of Cologne‘s best Christmas Markets is held outside the Dom. Do drop in if you are in the city during that time. For more information, check out the official website of Cologne Cathedral. 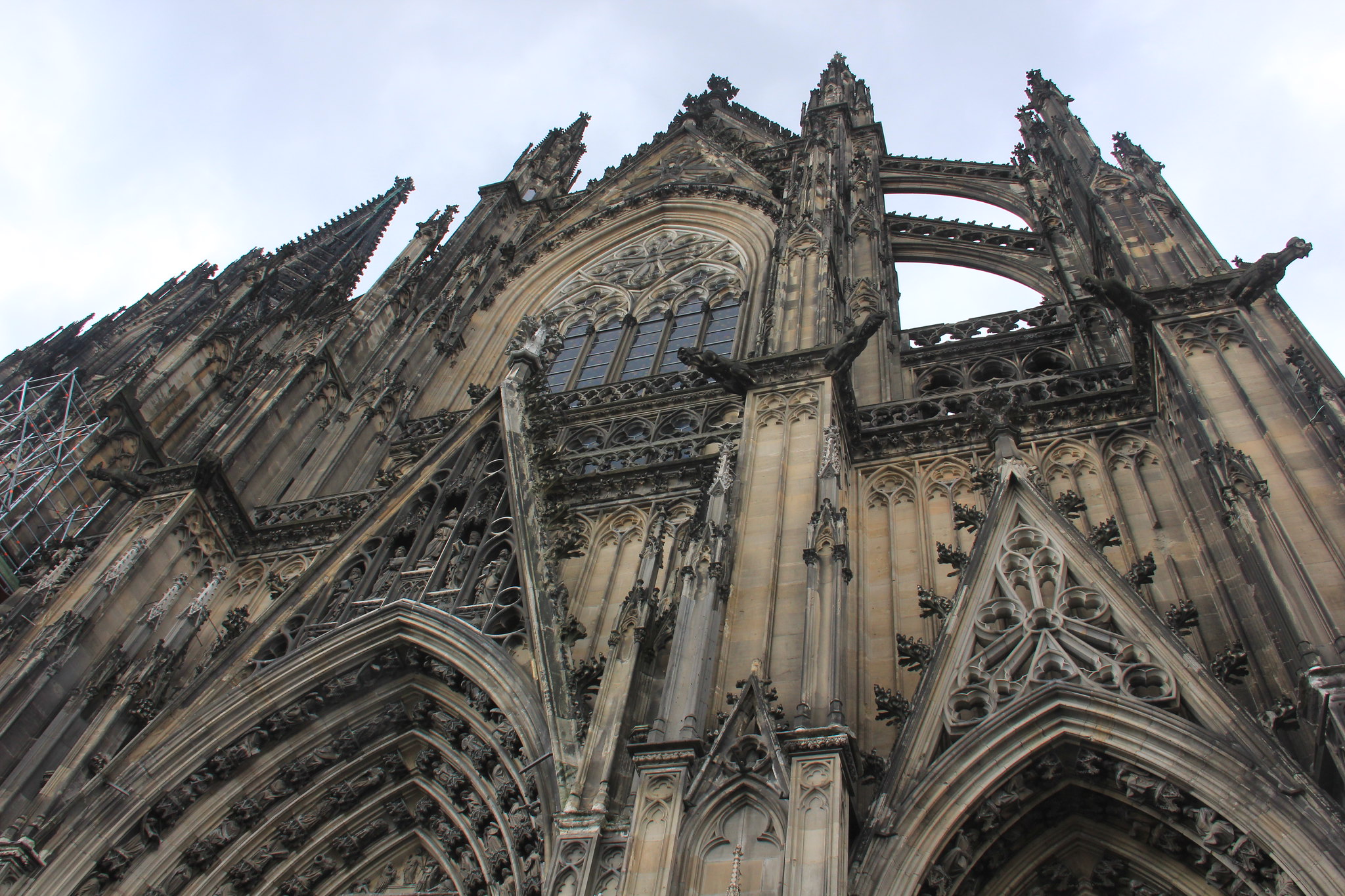 The Cologne Cathedral is 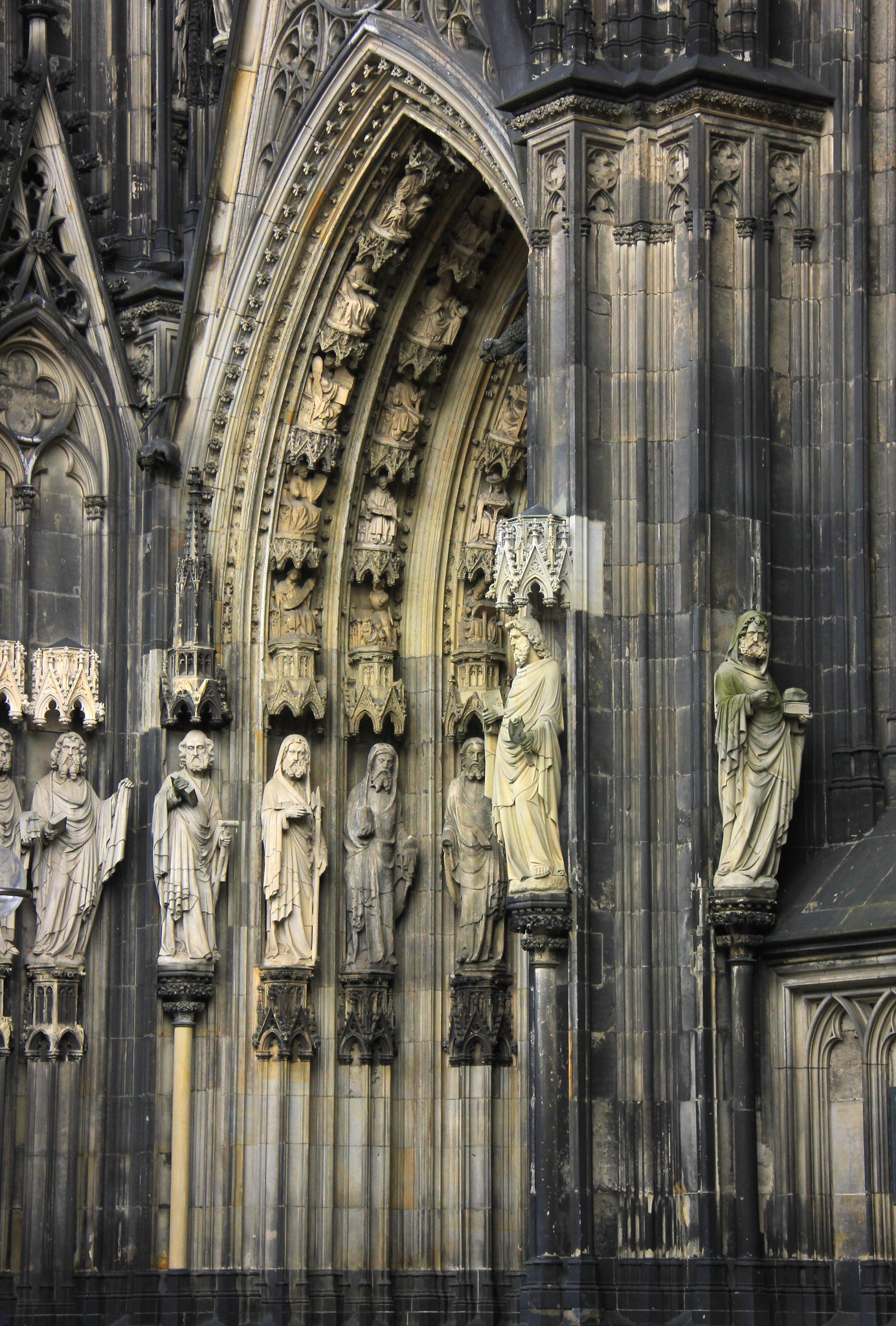 A masterpiece of Gothic architecture. 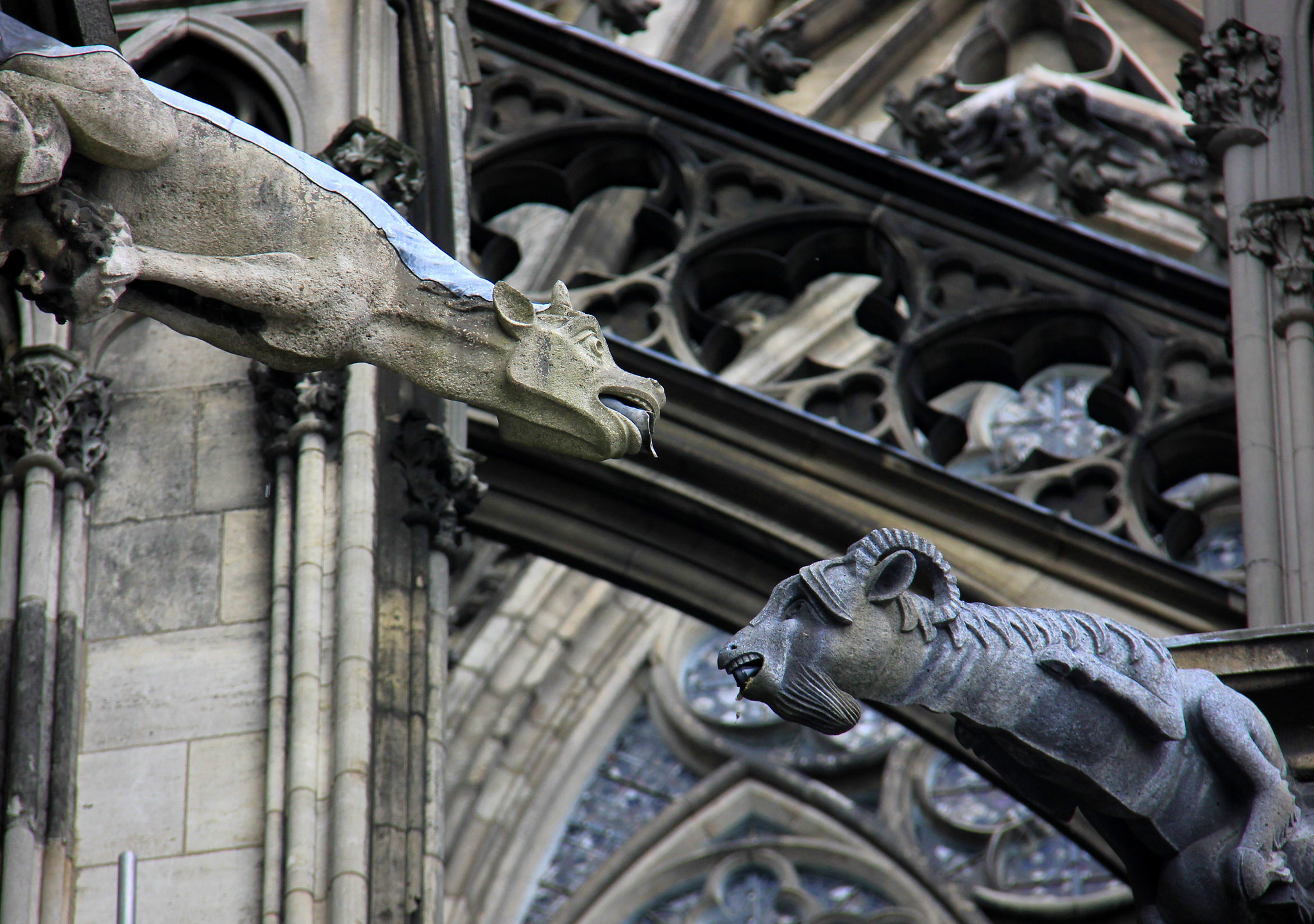 The facade is covered with sculptures 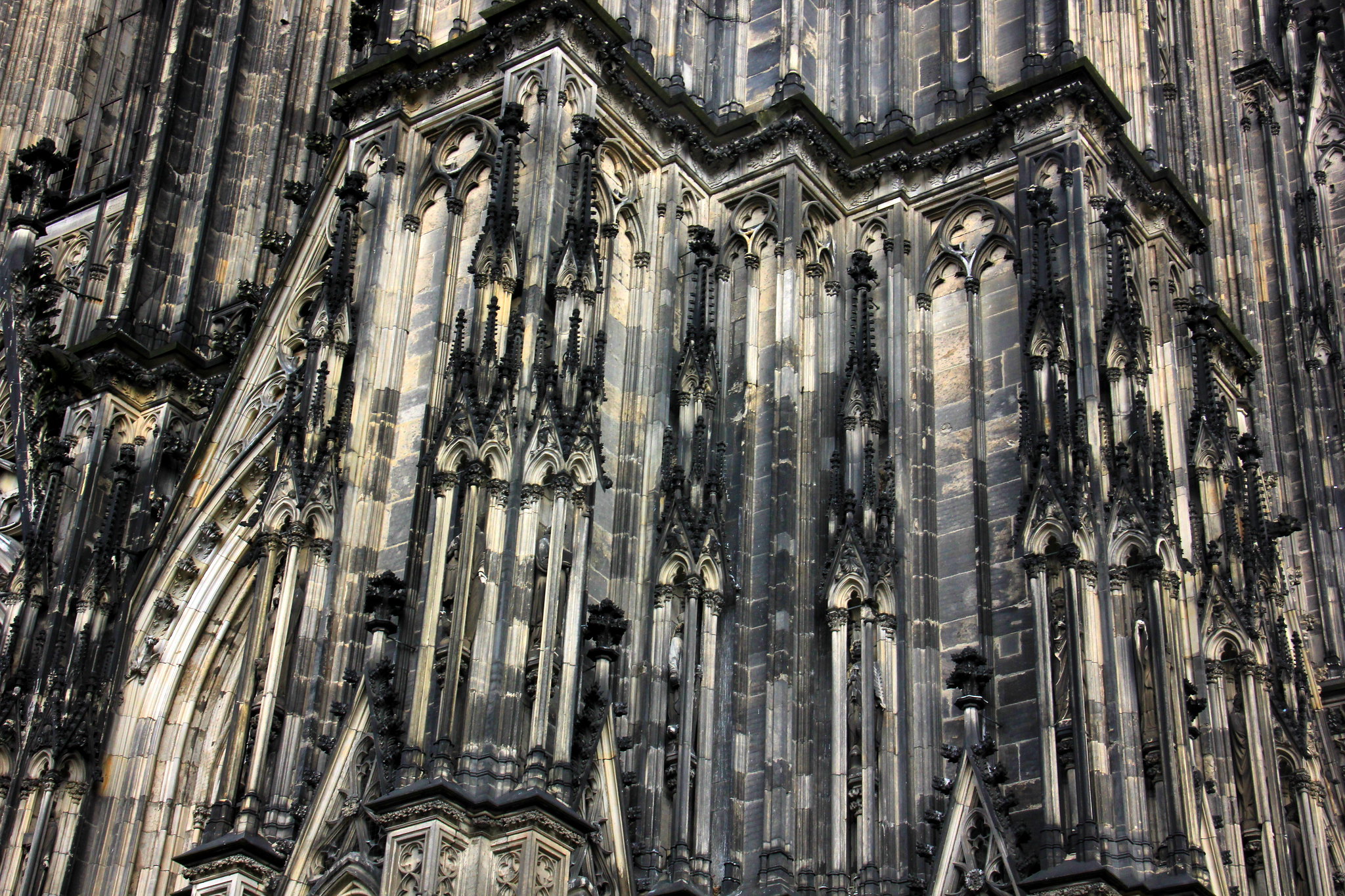 And the WW II has left an interesting colour effect on its stones. 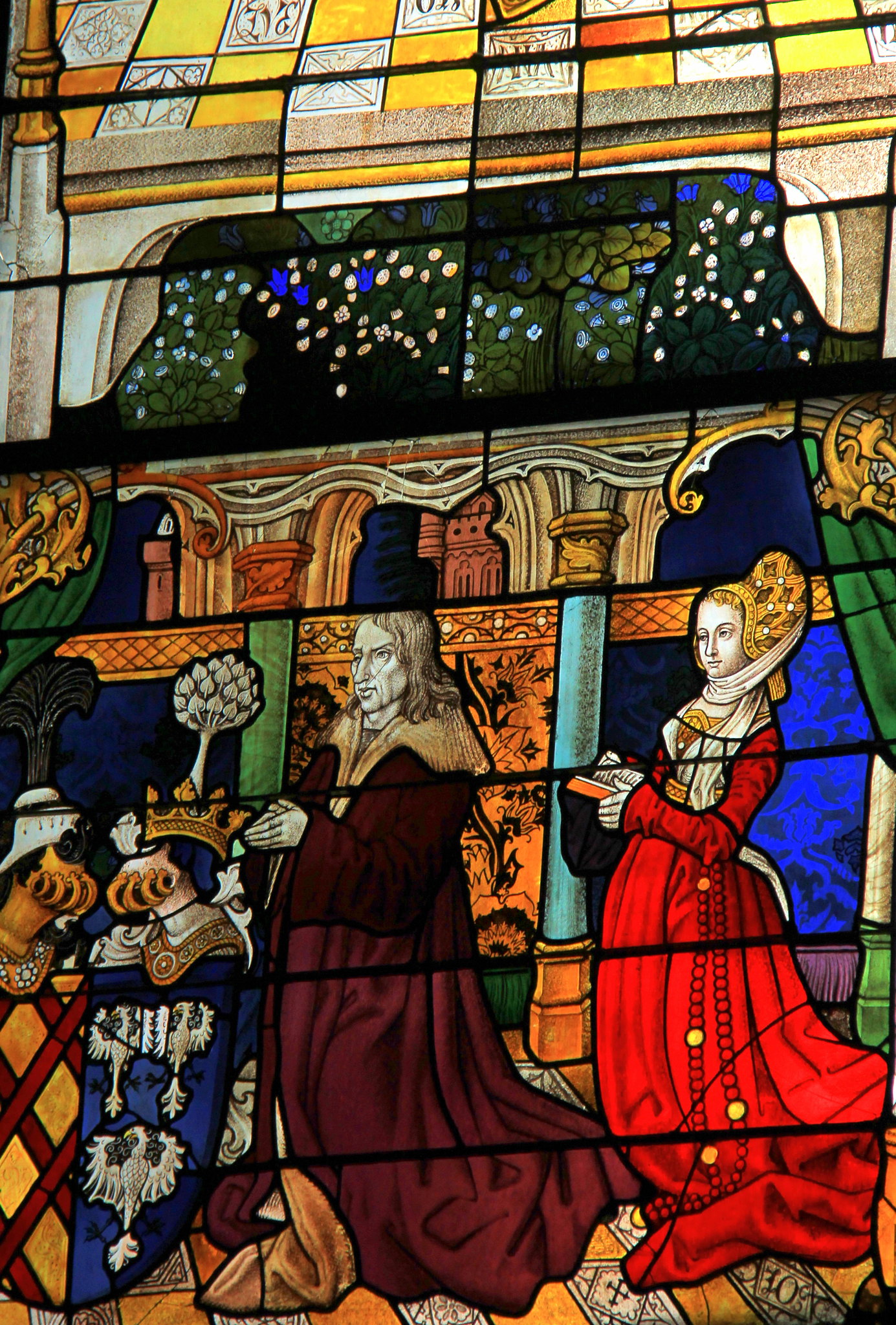 Its interior is equally magnificent. 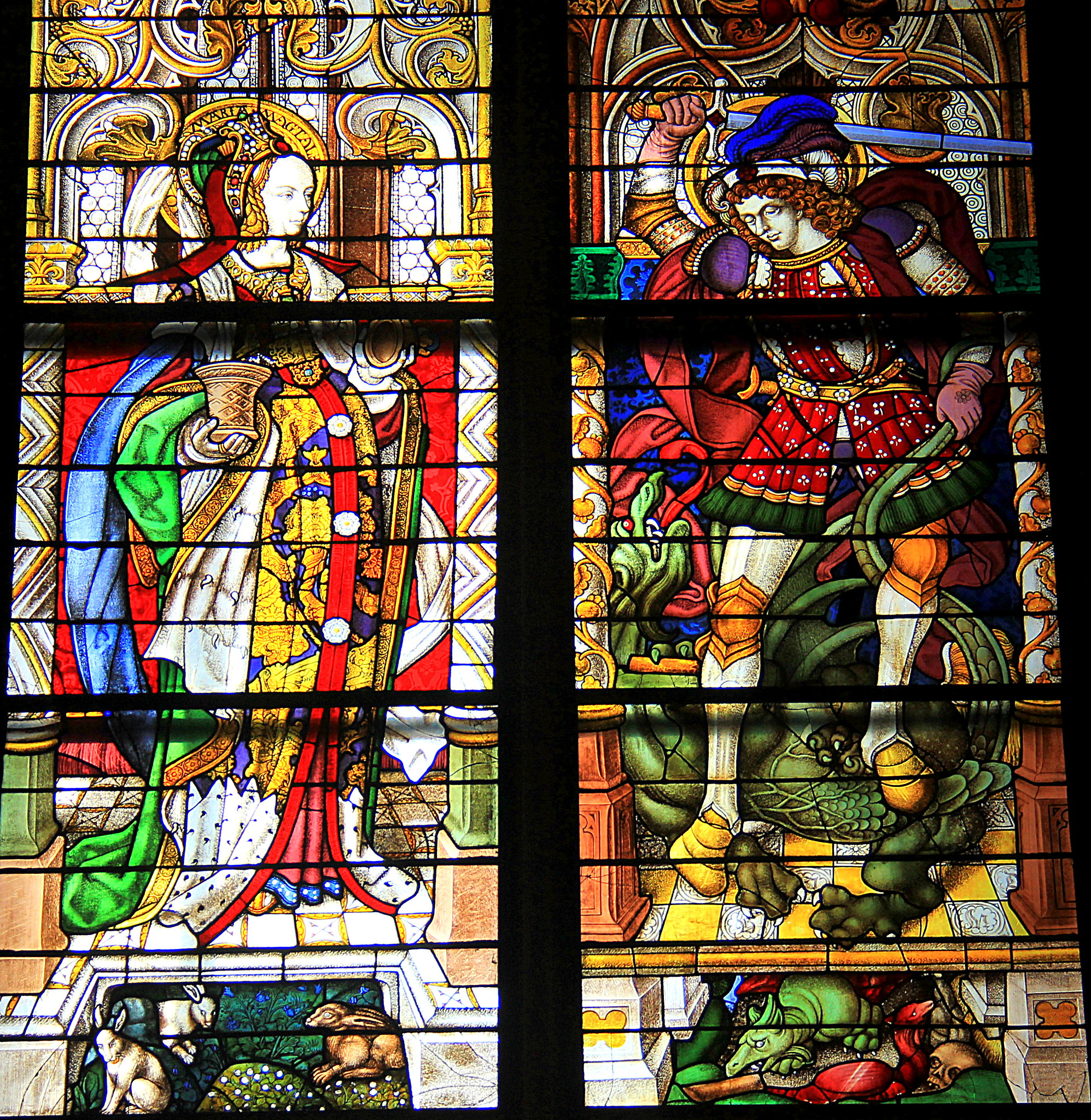 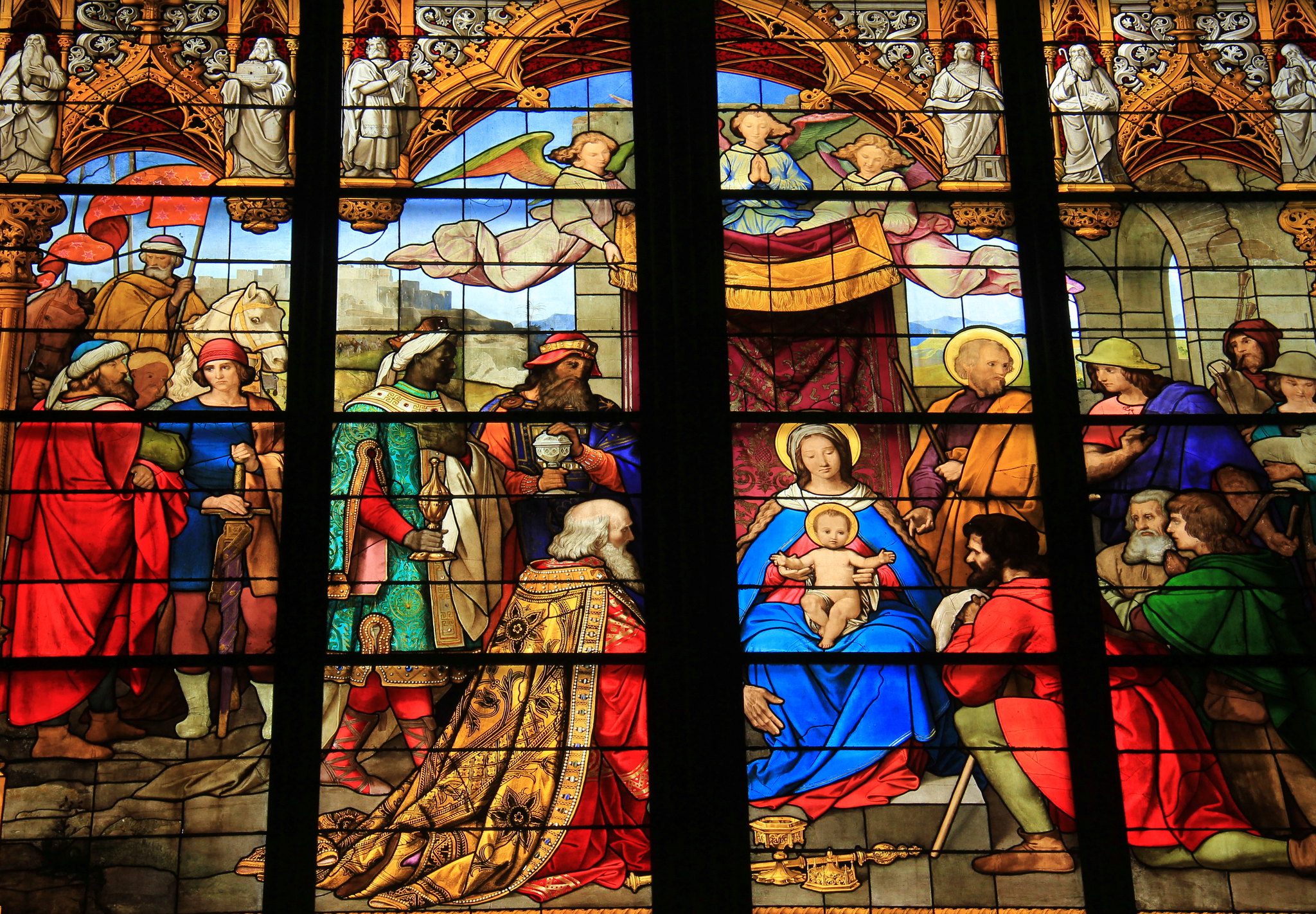 The Cologne Cathedral is of immense religious importance. 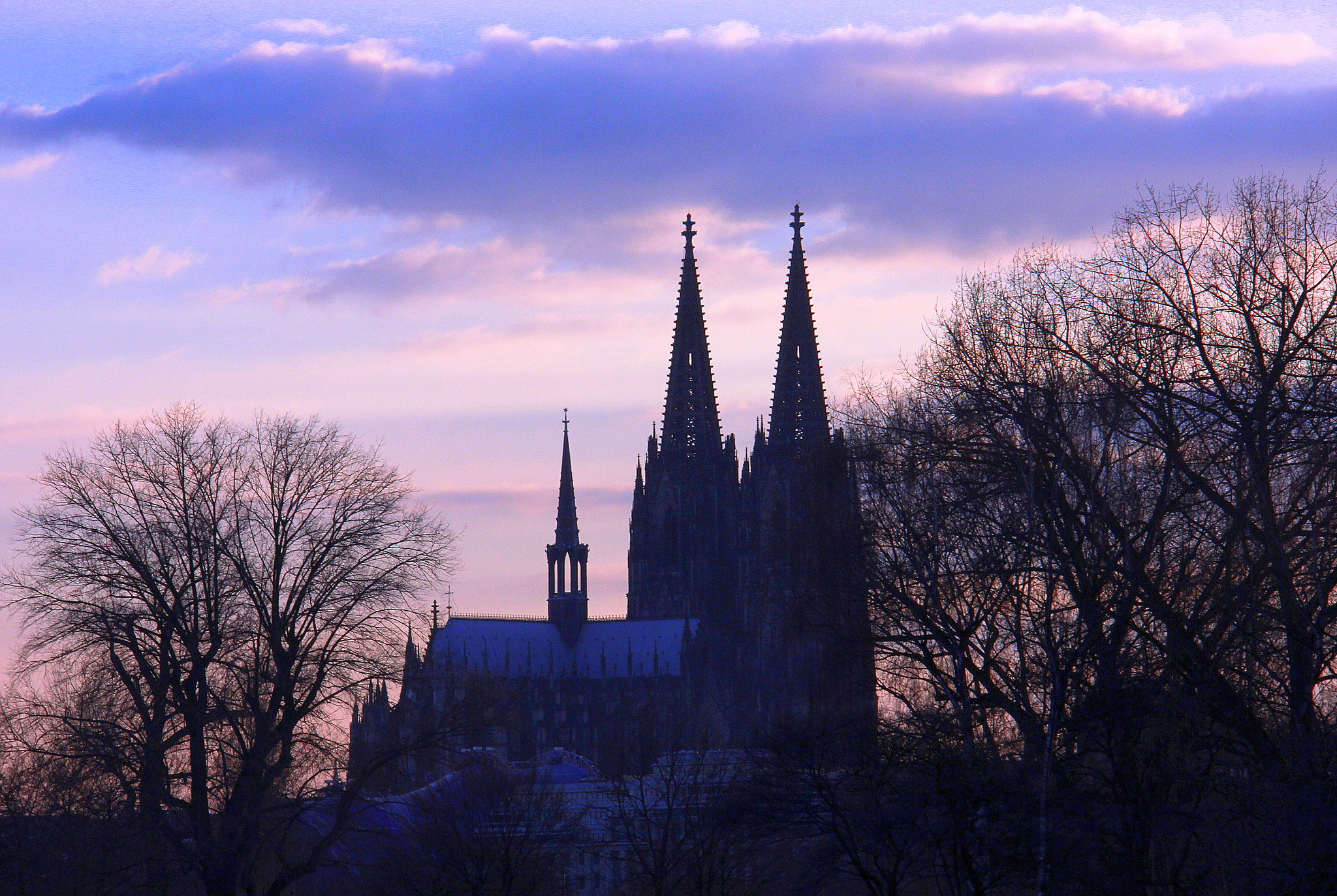 One of the most famous historic sites of Germany 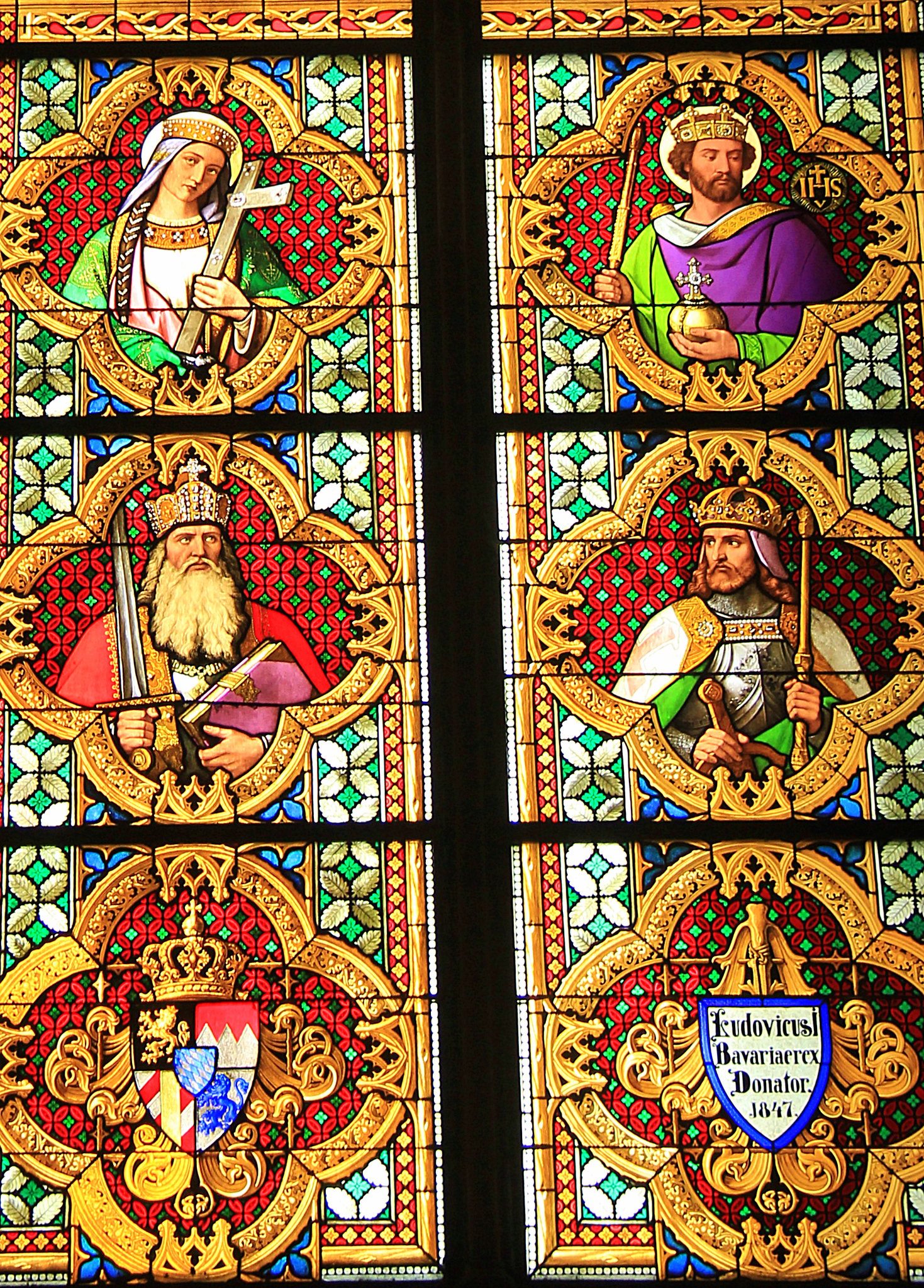 It is the pride of 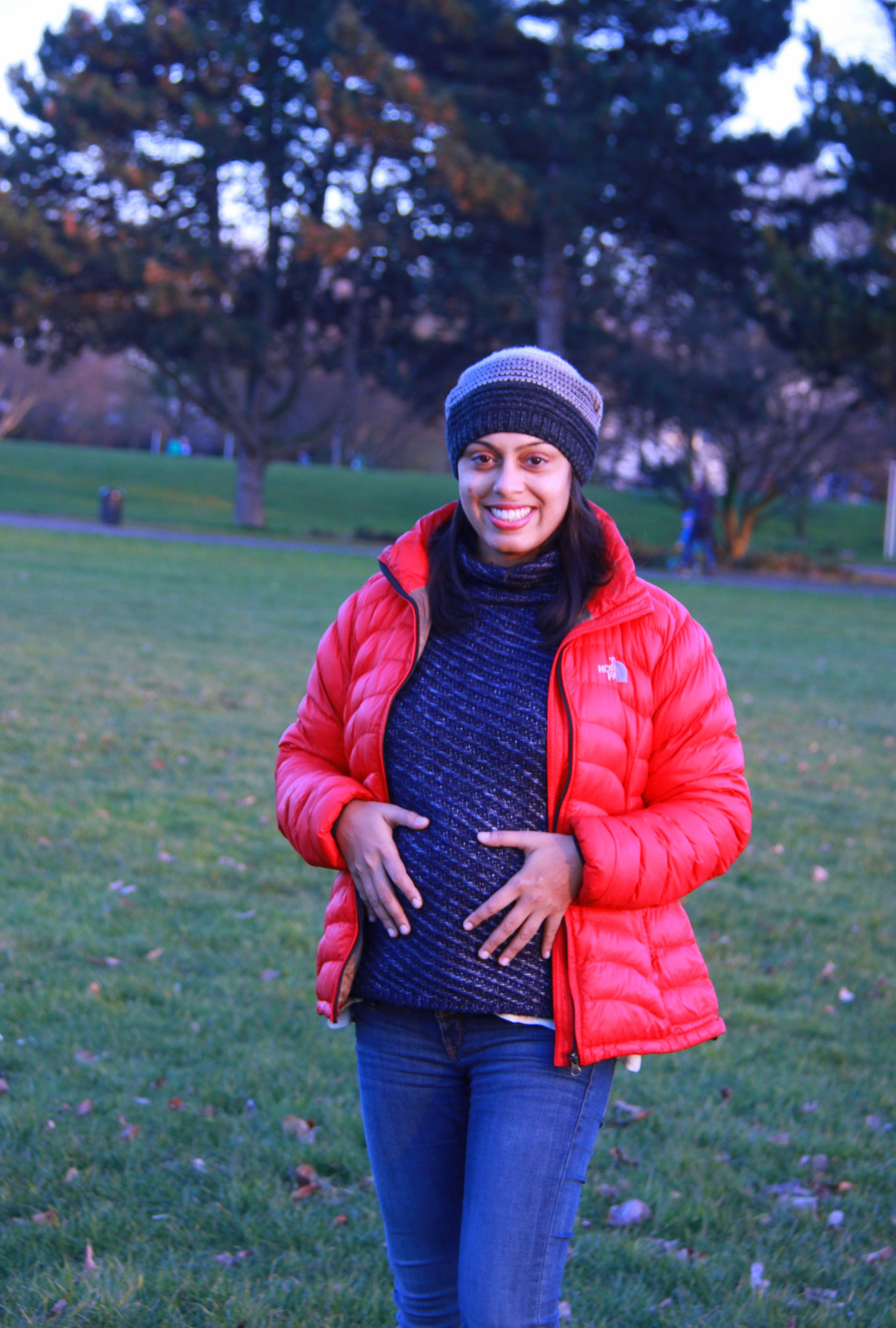 Of my adopted city of Cologne.

P.S – This blog post is part of the weekly series called the Cologne Diaries. Every week, Maverickbird will take on a new theme, emotion, and beauty of an expat life in Cologne.