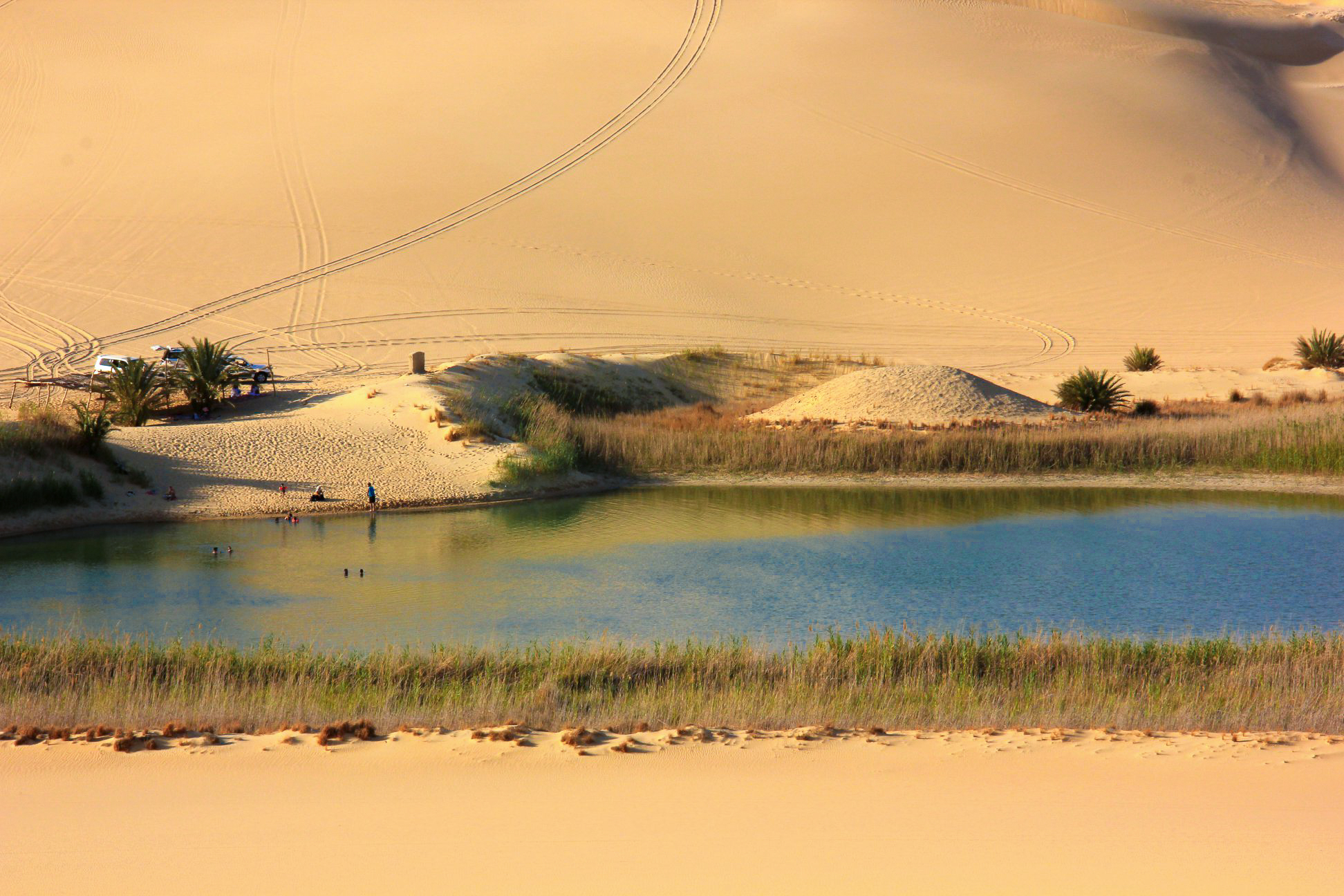 Recently, we visited Siwa Oasis in Egypt. It took us nearly 8 hours from Cairo and we drove by the gorgeous North Coast until we reached the Western Desert. For those, unfamiliar with the half-moon shaped ring of Egypt’s oases in the Western Desert, Siwa is the farthest one. It is actually closer to Libya than Cairo and is still less visited than most parts of Egypt. Beautiful date gardens thrive there amidst natural hot springs, salt lakes, and ruins of the mud and clay Shali Fortress. The temple of Amun, where Alexander received his oracle is also there and keeping the ancient Egyptian traditions alive, the mountains of Siwa are riddled with tombs. A huge necropolis lies there and one can visit some of the tombs.

The people of Siwa oasis

The people of Siwa resemble the Berbers of Morocco and Algeria more than the Egyptians from Lower Egypt and their language also bears resemblance to the Berber tongue. It is one of the rarest languages of the world and since it is believed not to have a written text, is likely to get extinct if not practiced by the oasis residents. Today, Siwa is more easily accessible than just a few decades back and the remote oasis town is changing fast. The traditional mud houses, which stay cool in summer and warm in winters are being razed to give way to concrete constructions and donkey carts are being replaced by imported vehicles.

The beginning of the Great Sand Sea

The charm of Siwa still remains and it is not uncommon to see sedate hijab-clad women making traditional Siwan embroidery in a sewing circle. The real adventure of Siwa, however, is in the Western Desert which starts right outside the town and it is the beginning of the Great Sand Sea. In the olden days, convoys of adventure seekers used to traverse the Great Sand Sea all the way to Libya or Chad, and many wondrous attractions exist there. This is not possible anymore and the Great Sand Sea is an off-limits area for Egyptians and foreigners alike.

The beautiful curves of the Great Sand Sea

However, one can get a slight taste of how the multi-day journey through the desert was with an evening desert excursion. There are a few lakes and hot springs in the desert near Siwa and one can drive over the rolling golden dunes to swim in them. The experience is simply marvelous and if you can sleep in the desert, then it gets even better. Just unroll your sleeping bag on the dune, watch the sunset over the desert spring and sleep under the canopy of a million stars. This is the beauty of Siwa Oasis of Egypt.

Inside the mud fortress of Shali at Siwa

One of the numerous hot springs of Siwa

Ruins of the temple of Amun

Ready to explore one of the remotest places of Egypt