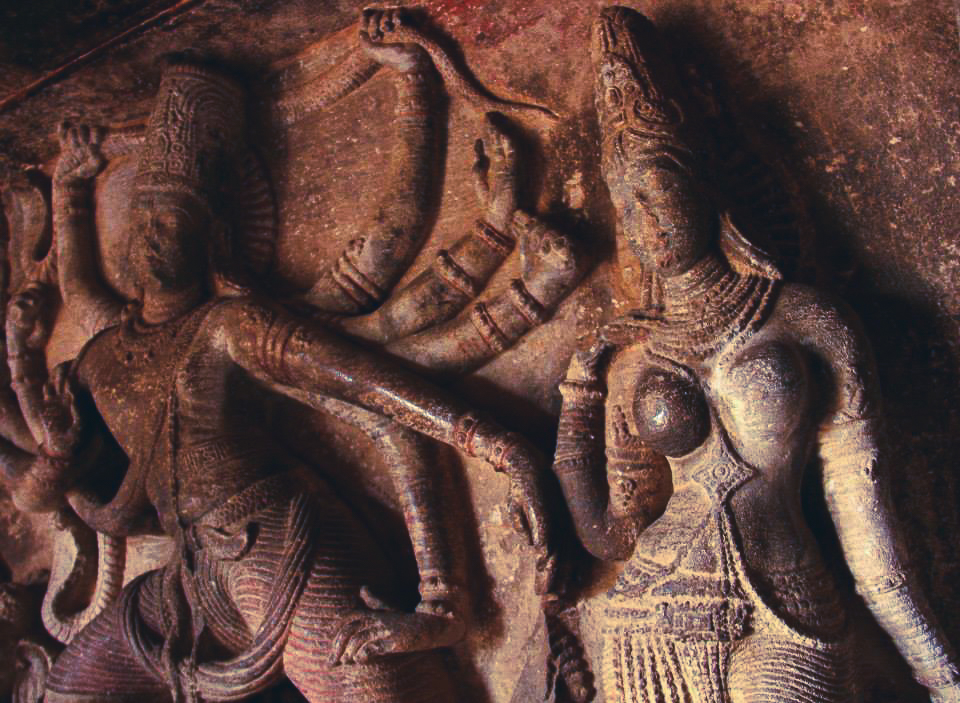 Badami, Pattadakal, and Aihole is a wonderful archaeological circuit in Karnataka. Most travelers base themselves in Badami and explore the glorious trinity of early Chalukyan architectural wonders. I too based myself in Badami, explored Aihole, and then enjoyed Pattadakal at a very relaxing pace. Sticking to the age-old adage of “Keeping the best for the last”, I spent the entire last day of my trip exploring Pattadakal, a UNESCO World Heritage Site before heading back to Hyderabad in the late afternoon. Despite its glorious title, Pattadakal seemed like a small remote hamlet. It consisted of a rustic market, a few houses, and was very peaceful. The Malaprabha River enclosed the temple complex from one side and a small village laid on the other side.

A confluence of the north and south Indian arts

Only 22 km from Badami, Pattadakal is famous for a group of temples dating back to the Chalukya empire. The complex has around 10 temples out of which nine are Hindu and one Jain temple. Pattadakal also some important 25 stone inscriptions erected during the times of the early Chalukya Kings. There is also an eighth-century Sanskrit inscription in Pattadakal written in both Nagara and the South Indian scripts. This indicates the confluence of two distinct cultures – the north and south Indian influences. This confluence can also be found in the temple architecture at Patttadakal and this is what makes the site so unique. In fact, it is the timeless beauty and historical relevance of these temples that made them acquire the status of a UNESCO world heritage site in 1987.

The temples of Pattadakal

As mentioned above, Pattadakal temples achieved the peak of eclectic art which thrived in the 7th and 8th centuries under the Chalukya dynasty. This was a very open-minded and secular dynasty that patronized art and this is clearly visible in the monuments seen at Pattadakal. Virupaksha Temple – Although, there are 10 spectacular temples in the complex, one masterpiece stands out from amongst them all and that is the Temple of Virupaksha.

The best time to visit Pattadakal

The cool winter months from October to March are the best time to visit Pattadakal. Summer (April – July) is extremely hot and should be avoided. July to September is the monsoon time. Since the area is prone to flood, monsoons should be avoided as well.

How to reach Pattadakal

Since most travelers visiting Pattadakal, base themselves in Badami, it makes sense to reach that place first. Pattadakal is only 22 km from there and the nearest train station is also at Badami. Direct buses and private and shared autorickshaws/tuk-tuks are available at Badami station for Pattadakal. However, the public bus services are very infrequent and it makes sense to hire a tuk-tuk for this 45 minutes journey.