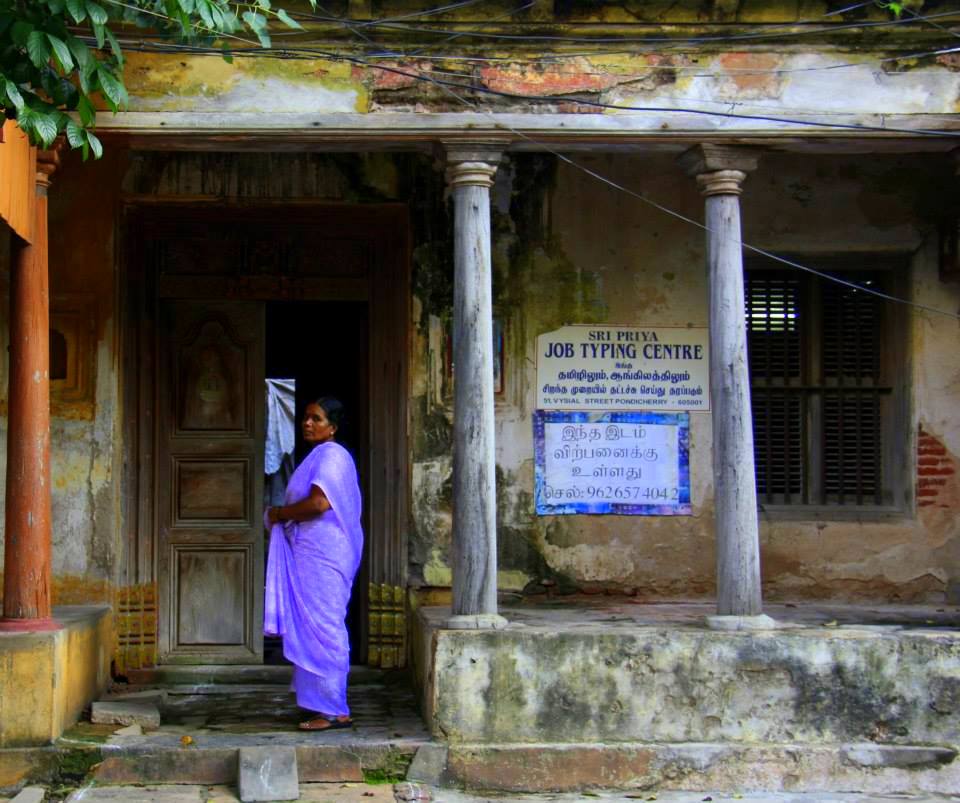 My first smell of Puducherry (formerly known as Pondicherry and fondly referred to as ‘Pondy’) was unpleasant. I reached the former French town after an extremely uncomfortable bus journey from Madurai and loud music, cramped seat and a thunderous snorer for a co-passenger gave me a sleepless night. Pondicherry arrived in the middle of a raucous Tamil mid day and noisy dusty traffic swirled all around me. My first impression of the Indo French city, which has its visitors go ga ga over its charm, was that it was like any other Indian small town and humidity, pollution and noise made me dizzy. Honking traffic blew rancid vehicle smoke on my face and coastal heat made my shirt stick to my back. Cows stood immobile in the middle of roads and mangy street dogs nimble footed around garbage heaps. It was the farthest cry from my pleasant imaginations of Pondicherry and I found nothing remotely French around me.

Needless to say, Pondicherry let me down at first sight and it was extremely disappointing especially after my hellish bus ride. It was also the last stop of my pan South India culture tour and all the elaborate temples left me overwhelmed. Thus, I was very much looking forward to a relaxing week in Pondicherry and crepes, soft pastel colours and Mediterranean charm were on my mind. Disappointment settled over me like a shroud, making me nearly weep out loud when the signature hibiscus red kepi of the Pondicherry police brightened up my vision. A typically Gallic headgear most commonly associated with the French military, the kepi sat on the shining well oiled head of a young Tamil gendarme and the bright tilak (religious dot on the forehead) gave away his pious roots. Pondicherry, for me arrived with that sight and he also turned out to be a kind gentleman who helped me find my hotel. The uber relaxing L’Escale was located in the quiet Dumas Street and it was nothing like my first impression of Pondy. A quiet shady lane, Dumas Street was lined with apricot, tangerine, teal and mustard coloured buildings. Big leafy trees met overhead and the sun dappled pleasantly between them.

Delicate wrought iron balconies wrapped the buildings like metal vines, shuttered windows were old fashioned big and bougainvilleas created bright spots of colours. The Bay of Bengal was just a step away and the air smelled of salt. The streets bore mellifluous names like Rue Bussy and Rue Labourdonnais  and the French Town officially swept me off my feet. I holed up at the peaceful oasis of French Pondicherry for the rest of my stay and my days were spent exploring the quirky boutiques, sampling Gallic cuisine at French taverns and walking along the sparkling strip of Bay of Bengal at the Promenade. Those were lazy days of languid pace, mellow sunshine and the silky rustling sound of the sea soothed me in my room. The nights were quintessentially romantic; as romantic as it could get for a solo traveler and I treated myself to sumptuous dinners every evening. Autumn in Pondicherry is partially sans the oppressing coastal humidity and the heat is also toned down. So a velvety softness can be enjoyed throughout the day (except for the afternoons) and the air is also crisply cool. Often fresh green smells from the nearby Gingee Fort areas flood the city and one morning they drew me to the countryside. Swampy mangrove forests too have an unique smell which they add to Pondicherry and then there are the rock and crab hewn golden beaches which beg to be visited.

All of these features make perfect reasons for leaving the French Town’s bohemian chic for some exploration and the seductive Tamil Town hums with full South Indian character. Split from north to south by a partially covered canal, Pondicherry has a distinct dual character. The ‘French’ part of the town occupies the eastern side facing the sea and its street names often have English, French and Tamil versions simultaneously. Pétanque pitches fill up with Indo French nationals on weekends and the seafront atmosphere is tangibly Gallic. Candy coloured richly ornamented Catholic churches peep out from shady corners and restaurants boast of excellent coq-au-vins and flambes. Known as the White Town, the French section of Pondicherry is a cosmopolitan mix of shopping, French food, beer, sea air, plenty of yoga and meditation. The presence of the internationally famous Sri Aurobindo Ashram and its offshoot just out of town, Auroville, draw large numbers of spiritually minded visitors from all over the world and it resembles a big global village.

The other side of the dividing canal, however is a study in contrast. Cluttered and chaotic, the Tamil or Black Town is crammed with narrow streets named after temples, colourful fresh produce markets and quaint old Tamil houses. The crumbling mansions held fast by sturdy pillars and verandah speak of celebrated Tamil poets such as Subramania Bharathi and Bharathidasan and heady aroma of camphor waft out of of Vysial Street, Eswaran Koil Street and Perumal Koil Street. Temple bells toll sweetly and auto rickshaw drivers solicit in un accented English. The bustling Nehru and Mission Streets are in the heart of the Tamil Quarter and branded showrooms and street vendors flank them in equal measures. Though the Ville Noir and Ville Blanc divide the Union Territory of Pondicherry in the most famous way, unknown to many, there remain 2 more sections tucked away in the midst of the uniquely heady city.

The placid Christian Quarter revolve serenely around the Immaculate Conception Cathedral on Mission Street and it leads to yet another lesser-known, distinctive area known as the Muslim Quarter. Cocooned between Bussy Street and Raja Singh Street, the Muslim Quarter rebounds with colourful mansions, intricate wooden jali scrollwork and purdah clad kohl eyed women. Ancient mosques on Rue Mulla and Rue Cazy emanate prayer calls and boisterous children play in front of crumbling old mansions. No matter whichever quarter one steps in, Pondicherry distinctly retains an old world charm and it has been laboriously preserved by INTACH. Thus for a city so small, it is wonderfully photogenic and designed by the Dutch, lusted after by the English, built by the French and actively engaged in trading with Rome since centuries, many foreign influences make Pondy what it is today: a lovely, heady mix of the contemporary and colonial, hedonistic and spiritual, tranquil and chaotic, a perfect blend of the East and the West.

The Bay of Bengal

Give it a global vibe