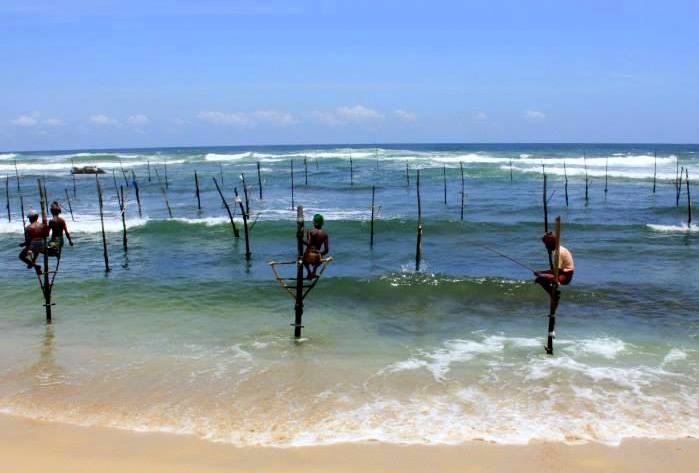 Pangong Tso can never be not beautiful. That lake had taken my breath away at first sight and until now, I have never come across a water body as spectacular as Pangong. Shared jointly by India and China, it is a large saline lake which completely freezes over in winter and the Ramsar Convention identified wetland of international importance is a hot bed of migratory birds. My first memory of Pangong Tso is from a Bollywood movie and in the past I have made many travel bucket lists after watching breathtaking locales in which the films have been shot. Thus Pangong Tso, too had appeared on my wishlist and I have never seen a lake which has so many shades of blue. That day the lake had been a vivid turquoise and it had changed colours as clouds had raced over its still aqua sheet. Surrounded by stark stony mountains, Pangong Tso had seemed like a liquid magic sheet spilled out by divine hands and despite being early autumn, a few Brahmini ducks had played in it.

A splash of turquoise

This fabulously dressed lady had been one of the dancers at the Ladakh Festival. I had been mesmerized by her headgear, the rich brocade of her costume and intricate stone jewelry that had bedecked her person. She had moved with rhythmic slow steps, her hands poised in feminine mudras and all around the Himalayan drums and horns had reverberated Leh valley. The most enchanting part about her had been the serene expression on her face. She had not reacted to the photographer’s scramble as they had rushed to click her pictures and neither had her fellow dancers’ smiling gossip had any effect on her countenance. She had seemed lost in herself, removed from her surroundings and totally absorbed in her dance. That Ladakhi dancer had seemed to me, the personification of the mighty Himalayas, the land where she came from.

Ladakh is one of the most photographed places on earth and it is not difficult to understand why. It is a land of surreal natural beauty, intriguing rich culture and deep spiritual moments. Photos of Ladakh come out magically spectacular and it also shares India’s tradition of being a colourburst. This young monk in deep scarlet had been kneeling in front a heavy wooden door of a monastery and just like the rest of India, had somehow dramatically made an excellent photo.

Just like Ladakh, Sri Lanka is another example of good things coming in small packages and this tiny island nation is packed with incredible travel moments. Wildlife, hills, flowers, history, archaeology, indigenous culture. amazing coastline, photogenic people and great food, it is one dramatically Instagram worthy place. I have had many beautiful moments while traveling through the length and breadth of Sri Lanka and the painted monastic Dambulla Caves remain my favourite.

You can never go wrong with South Asia and Thailand, Indonesia and Vietnam are some of my favourite destinations. With unlimited breathtaking coastline, such familiar, yet different culture and awesome cuisine, how can you ever have an Instagram feed as a travel blogger without cramming photos of these places? This lion mask of a Balinese dancer had been my favourite thing to gawk at during my entire Ubud stay. Beautifully shaggy, bug eyed and colourful, I had loved the details of its gilt jewelry and the richness of its carvings.

Beaches, beaches and more beaches. Thailand rules and its array of jewel like paradisaical islands are heaven for a beach bum like me. The much visited Railay Island with its craggy limestone caves, soft blonde sand and clear warm green water had made my day. Then there had been the Thai food and exquisite Thai culture. It’s not hard to figure out why Thailand is one of the most popular travel destinations in the world.

How could I not include Cambodia in this list? Whoever has been scrutinized by the frozen watchful faces of Angkor and other temples, can never forget this feisty little country which is struggling to get back to normalcy after years bloody dictatorship regime and horrendous human genocide.

Simply love, love, love the way this dainty Vietnamese flower seller had been enjoying some of the blooms she had been selling. Those roses too had been big, fat and fragrant and following her cue, I too had bought a couple and smelled them all the way from the Central Highlands to Mekong Delta. Even after they had dried up, the Vietnamese roses had continued adorning my travel diary as pressed flowers and occasionally I still touch their papery dry petals.

Zanzibar has the most spectacular sunsets in the world and the whole of Tanzania is one photographer’s delight.

Sugar white Nungwi Beach had been very touristy, yet so drop dead beautiful that my heart had never failed to skip a beat at its sight.

Tanzania’s cradle of humanity, the Ngorogoro Crater (Conservation Area) had been an open, wide space where humans had been secured in jeeps and animals had roamed free. Teeming with gazelles, giraffes, zebras, flamingos, ostriches and Africa’s famous Big Five (African lion, African elephant, Cape buffalo, African leopard and rhinoceros), my trip had taken me to the dry savanna grass filled Serengeti National Park from there. Leaving the cool misty old crater had been hard, but camping in the middle of the world famous national park had been an unforgettable experience. The rich land had been filled with sights, sounds and sensations and some of the most beautiful faces on earth.

Some of my most memorable travel moments have been spent at Jordan, the legendary land of Biblical importance, history and stunning natural attractions. Although, my Jordan visit had been for tourism purpose, I have spent a considerable amount of time there, trekking, hiking, camping and eating my way across the length and breadth of the country. Some of my most memorable travel moments in Jordan had not been at its highlighted sites. On the contrary, I had found a dip in the legendary Dead Sea to be too abrasive for my sensitive skin and the Biblically important Bethany had failed to awe me. Instead solace had come to me naturally at the old agricultural town of Al-Salt, while chasing shadows at Jerash and hiking through the water splashed cool Wadi Mujib. Only one famous Jordanian sight had taken my breath away and that had been the Nabatean glory, the rose red city of Petra.

Petra, you and me