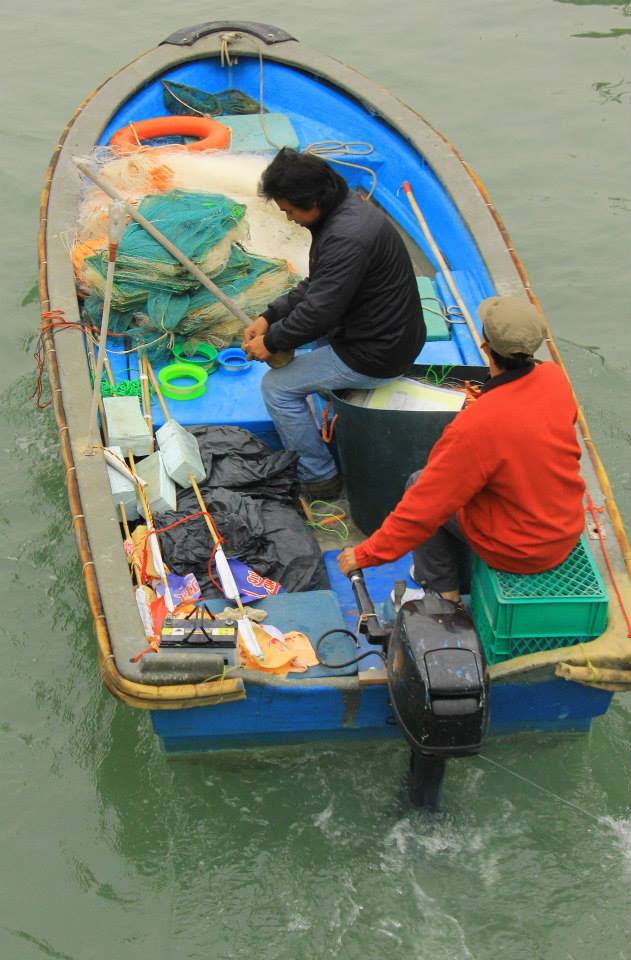 The fishing village of HongKong

I took a day off to cool my toes.The day after I decided to venture beyond HongKong Island and took the MTR to Lantau island station. Lantau is the largest island of HongKong and forms a part of the Outlying Islands.The airport,Disneyland,OceanPark,Shek O Country Park and Tian Tan Buddha are a part of its most famous attractions.However it also has some of the loveliest of HK’s beaches like Silvermine beach,excellent hiking trails(Lantau Peak and Dragon’s Back),Dragon Boat races and quiet mangrove forests.Forested hilly,it is peaceful,green and much quieter than HK island.

A quick direct MTR link took me to Tung Chung station,which is the jumping off point for the northern side of the island.It was a slightly overcast day and windy,so I packed on a sturdy umbrella and sensible walking shoes before proceeding. Tung Chung was crowded with tourists and everybody clambered towards the Cable Car connection. Ngong Ping 360 provides an interesting traveling option to the Big Ngong Ping monastery Buddha and offers spectacular panoramic views.It glides over the South China Sea and the green mountains before rolling to a stop at the gate of Ngong Ping monastery.Interesting HK tourism posters were strung up like festival decorations and highlighted the quiet,unknown other side of busy HongKong.I fell for the wildlife theme(although it featured a cow and a dolphin) and bought a single journey ticket all for myself in the crystal car.The transparent floor provides an amazing floating in air experience and I selfishly wanted it all for myself.

The cable car rolled off and I felt a million butterflies in my stomach.The airport lay in front,airplanes the size of toys taking off in a row and South China Sea rolled under my feet.Wind rocked the cabin and sky looked down angrily.It was very disturbing.While I don’t have a full fledged vertigo,rocking cable cars don’t make me very comfortable.The cabin glided on for nearly 30 heart lurching minutes and slowly the undulating Dragon’s back mountains appeared and winter colours of Sek O Country Park unfurled like a beautiful tapestry taking my breath away.Sharp jagged peaks were covered with grass and shrubs of different shades of honey,red and green with interspersing of big white flowers and a zigzagging trail.

Lantau island is a refreshing break from the urban madness of HK and has huge expanses of virgin greenery,silver beaches,misty fjords and rivers.It is a favourite with hikers and nature lovers and also offers infamous white/pink dolphin tours.The cable car stopped at the foot of Ngong Ping monastery and I joined a gaggle of excited tourists.The monastery looked nothing like a spiritual place and resembled a garish,commercial tourist trap-sort of monastery themed park.Shops lined both sides of the walkway and there was even some sort of mini theater which played Buddha inspired movies.The massive Tian Tan Budddha(largest outdoor Buddha statue) stood out in the haze and somehow it was very disappointing to get off into Buddhist theme after such beautiful Lantau scapes.

So I took a taxi and went for the charming Tai O village.It was a nauseatingly dizzy taxi ride through steep winding hilly road and the blue Lantau taxi drove recklessly.Finally I got dropped off at the stilted Tai O village and entered what is the remaining last bit of original HongKong. Located on the north western coast of Lantau,Tai O is home to the Tanka people, a fishing community who have built their houses on stilts above the tidal flats of Lantau for generations.It is a lovely weekend getaway from HK and is a photographer’s delight.Seafood,quaint country life,stilted houses and its ancient fishing culture draws people in hordes.

Thankfully I visited Tai O on a Monday and was spared of the crazy weekend rush.Only a handful of other visitors were around and the boat owners after a customary pitch for a mangrove ride,did not bother anymore.Dried fish lay in baskets,in strings,fluttered from flagpoles and was spread out on sheets,and they came in all shapes,textures and colours. Starfish bristled in eternal stiffness and blowfishes and pufferfishes hung from strings.Bicycles,push carts loaded with local products lined the narrow canopied alleys and friendly residents called out their wares.It was a food lovers paradise and the street food of Tai O is a gastronomical delight.Chinese pizzas,mini egg waffles,barbecued oyster,octopus and shrimps smelled divine and there were tons of fried food too(like fried fish egg).

Flower pots threw colourful splashes of blooms and vendors went about their daily life in an idyllic pace.I loved its straw hatted villagers,green hilly background,clustered wooden houses and boats which bobbed in the bay.Even the boats were decorated with lines of drying fish and gave away Tai O’s deep connection with the sea.

Tai O is the one of the last remaining fishing villages of HK and that too a rare example of traditional Chinese stilt house community.Since the Ming Dynasty,fishermen started residing here and Tai O was one of HK’s most prosperous fishing ports for nearly 200 years.The small water channels of Lantau lead to interlinked stilted housing and its shallow waters helped develop its fishing industry.The shallow coastal waters were also harnessed for a thriving salt industry which unfortunately collapsed in 1960’s.It was also rumoured to be a favourite of the bad boys of maritime and its coastal mangrove creeks were used by the pirates to hide and/or smuggle guns,drugs,tobacco etc.

Although a popular tourist destination,Tai O today is struggling for survival.Its traditional fishing culture has diminished due to mass migration of the youth towards more upcoming city professions and although a lively place,the village had a lingering sadness surrounding it.I sampled a bag of freshly baked egg waffles,lots of seafood and another bag of husband cake(sticky bun filled with red bean paste).These are Tai O specialties along with dried seafood and XO sauce(shrimp paste in sauce).

TRAVEL TIP-The gai dan jai, little egg waffles (sometimes referred to as “eggettes”) are made from a thin batter of egg, sugar and evaporated milk and constitute a popular HK street eat.Only a few vendors on Tai O’s main streets make these puffy pastries the old-fashioned way by wielding the waffle iron over a charcoal fire and they get sold out in minutes.The best of them all,”egg waffle uncle” Mr Lei’s treats are simply heavenly.Crunchy on the outside and spongy inside,its irresistible rich aroma of custard mingled with the scent of smoke from the grill draws everyone at his doorstep.Queues outside Mr Lei’s shop is guaranteed and I gratefully got a few from a Chinese couple who shared their eggettes with me.

I walked all over the village upto the Tai O Heritage hotel(a former police station and a lovely old building) and came back to the hand drawn bridge.Built in 1966,the rope drawn ferry bridge conveniently saved the residents from crossing the river by boat every time they needed to go to the other side of the village.I sat in front of the lovely Kwan Tai temple among bamboos and bougainvilleas and felt an unreal rustic peace in HK. This was Asia’s truly global city around a few years back and it was unbelievable how Tai O got luckily left behind.Street lights started glowing up and salted fish glistened in twilight.It was time to head back,so I got on bus 11 and sleepily returned to TungChung MTR station.The MTR to Central was nearly empty and I stared long at the fading lights of Lantau.They disappeared soon in a mechanical rush for modern HK and wistfully I wondered if Tai O would fade soon too.

It is the stilted village

Which remains unforgettable for me

It is an old

Made up the unique charm

Of this fast fading village

Its the perfect place

And after some “wildlife” spotting in Lantau

Returned to the fragrant harbour of HongKong