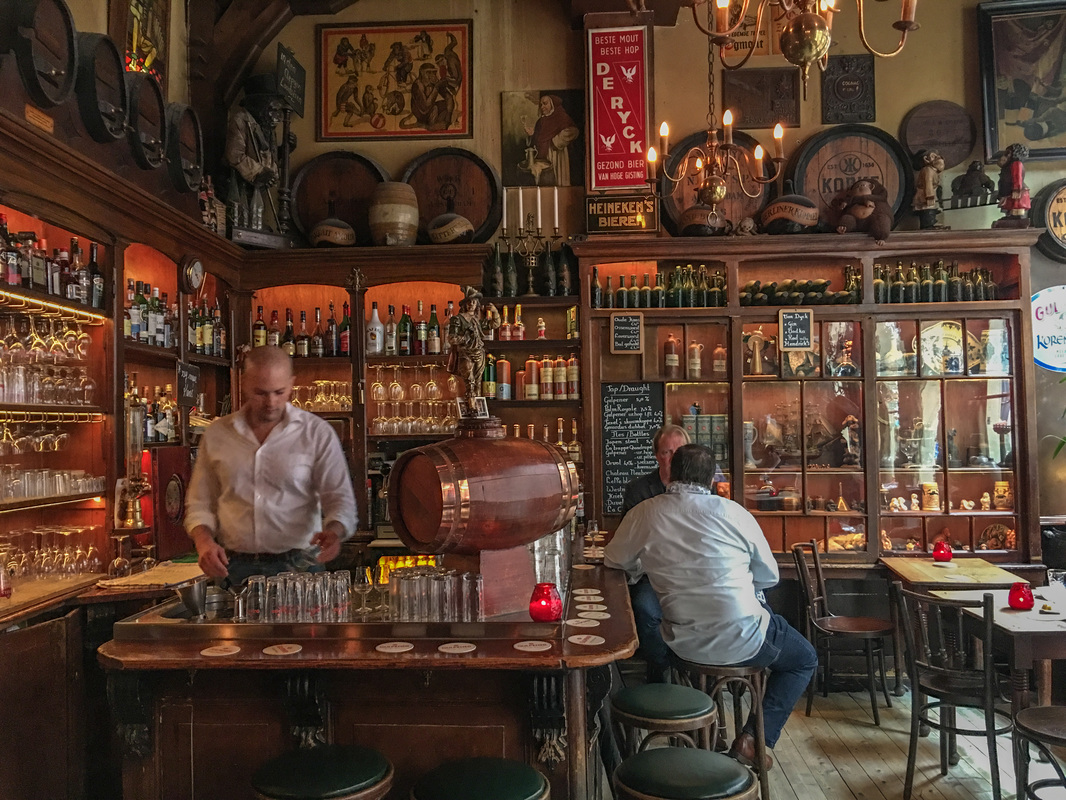 Offbeat Amsterdam stories and things to do

Amsterdam teems with exotic history. Think of the East India Company sailors, rich traders, painters, fleeing Protestants, bold prostitutes, popular orators, powerful thinkers, and gifted artists, and you have a glimpse of the checkered Dutch capital city’s past. Although in recent years, much of this delightful city’s image has been famous as the ‘wild and party crazy destination’, in reality, Amsterdam is a treasure trove of art and culture lovers. I am not talking about the superb museums the city boasts of but of the rich beauty of the local life. In this post about offbeat Amsterdam, I will tell you interesting snippets about the city’s past that I picked up during my visits.

Hofjes, the most famous of offbeat Amsterdam attractions

Hofjes are concealed inner courtyards that can be found in some historic buildings along the canal belt. There are 30 hofjes that can be discovered during your offbeat Amsterdam walk. They act as sanctuaries in the middle of the bustling city center and were originally attached to almshouses for elderly women or men. These houses were built in Amsterdam between the 12th and 19th centuries. From the end of the Middle Ages, owing to the influx of wealth, rich Amsterdammers spent a lot of money on charitable organizations. Many of them even founded almshouses that can still be seen in the city. These homes housed Amsterdam’s poor and elderly and since they were built around small courtyards, they resembled urban cloisters. The courtyards were mostly closed off from the rest of the city and hofjes in those days were completely private areas. The residents were expected to comply with the house rules and generally led religious lives. Many hofjes also contained chapels and were managed by religious organizations. In general, there were more female hofjes although several old peoples’ homes around Amsterdam admitted men. One such includes Amstelhof which is now known as Hermitage Museum and Oudemanhuispoort, the University of Amsterdam’s jurisprudence building. The largest number of hofjes can be found in the Jordaan district. This part of offbeat Amsterdam boasts of almost twenty of these pretty courtyards, though there are around thirty remaining within the UNESCO canal belt. Some of these historic hofjes are free to the public and are open during select times. However, these are people’s private spaces and so when visiting, please remember to be respectful and quiet. For a detailed list of Amsterdam’s hofjes, click on this link.

The homey bruin cafés and a monkey business

Bruin cafés are traditional Dutch pubs that originally catered to the locals of the neighbourhood. These were places where the residents gathered to enjoy ‘gezellig’ – the Dutch word meaning ‘a cozy and homey, relaxed feeling of being with people’. The interiors of bruin cafés are usually dim and dark and they are named after their heavy wooden decor and tobacco-stained wallpaper. These pubs are a quintessential part of Amsterdam’s culture and come complete with a cast of local characters, friendly bar staff, beer on tap, and a selection of bar, and snacks straight from the deep fat fryer. Many bruin cafés have interesting pasts and the most famous one is perhaps the ‘t Aepjen. Located on the fringes of the Red Light District close to Amsterdam Centraal Station, it is one of the oldest bars in Amsterdam. As the name hints, it was a quintessential Dutch brown bar where, in the past, cash-strapped sailors traded monkeys in exchange for drinks. Founded in 1519, the name of this historic drinking establishment loosely means “In the Monkeys”. It refers to the times when sailors would return from their journeys and pay for their drinks using monkeys. They ended up having hundreds of monkeys roaming the bar and the drunk sailors too broke to afford accommodations would sleep with the monkeys. The owner ended up having a flea issue and what is now the Amsterdam Zoo was created in order to have a place to put all these monkeys.

The pretty gabled facades of the canal houses

Although the pretty dollhouse-like canal buildings are not officially ‘offbeat Amsterdam’ sights, the history behind their loveliness is much less known. The Dutch, in general, are neat as pins, and they love uniformity. They have an inborn sense of beauty and being shrewd traders as they are, are careful about blending prettiness with practicality. Take the classic example of 17th-century canal houses. They are not merely beautiful but also extremely practical. Although the construction of these houses conforms to certain strict rules and regulations, nearly all of them are distinct from their neighbors. Owing to the lack of space in premium canal areas, these houses were built side by side on deep, narrow plots, leaving the owners with a relatively small exterior surface on which to express their sense of social importance. Hence the magnificent gables, plaster scrolls, escutcheons, vases, masks, garlands, festoons, cartouches, and balustrades that decorate these charming historic buildings. However, it was only the grandest of these buildings that boasted of multiple windows since, in the olden days, taxes were calculated based on the number of windows a building had. Nowadays most of these buildings have been converted into charming canal house museums and the most famous of them is the Huis Marseille photography museum. Click on this link to know about the best of offbeat Amsterdam canal house museums.

This is perhaps the best kept offbeat Amsterdam secret. Tucked away between numbers 54 and 70 Westerstraat in Amsterdam, you will find seven tiny houses. These pint-sized canal houses are simply adorable and you must head to No.54 Westerstraat, to spot them. Originally installed as part of a local advertising agency promotion, the real-life full-sized numbered houses actually disappeared when a courtyard leading to the seven numbers was closed off, and the abodes were merged into the surrounding houses. Look closely as these miniature houses are easy to miss.

Hortus Botanicus, the pride of the Dutch East India Company

Established in 1638, Hortus Botanicus is one of the oldest greenhouses in the world. In the olden days, this Amsterdam greenhouse was used for growing medical plants for doctors and pharmacists. The main aim was to research for medicine to fight the plague. Over the years, as the VOC (Dutch East India Company) flourished, many exotic plants were brought back to Amsterdam. Many historians credit the Hortus Botanicus for producing the coffee strain that is used all over the world now.

Don’t miss these offbeat Amsterdam things to do

Experience the best of Amsterdam

Finally, I would like to add that to experience the best of Amsterdam, simply walk its streets in the mornings. The old city center is splendid especially in the quiet cool hours before the throng of tourists invade. There is a discrete orderliness in the muted beauty of the tall, spindly, large-windowed, finely gabled canal houses. Sumptuousness and not ostentatiousness can be seen in the hidden brick courtyards that are laid in a delicate herringbone pattern. Small colourful wooden doors bear interesting metal knockers and the owners’ names painted on pretty copperplate. All along the canals, there exists an almost tangible sense of composition, of balance between water, trees, buildings, and sky; a unique blend of beauty and practicality. Don’t let the spiderweb pattern of canals intimidate you. Stop worrying about getting lost here. Just walk, absorb, and let offbeat Amsterdam reveal to you its charms.

The backstreets of Jordan district

The dollhouse city of Amsterdam