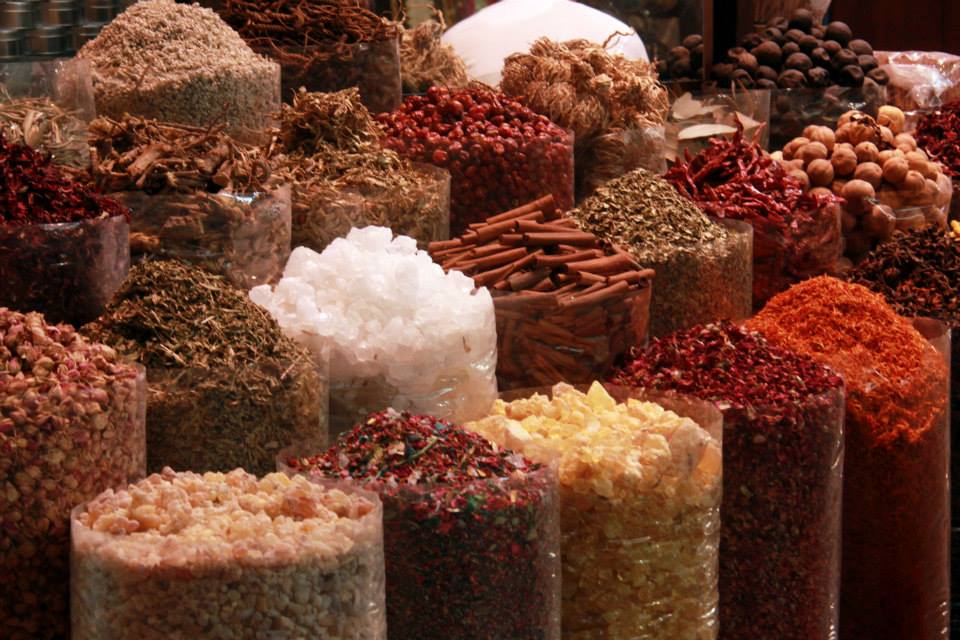 Life along the Dubai Creek

The arrival hall of the Dubai International Airport although a huge melting pot of people from all over the world, is in reality a customer service nightmare. Long queues snaked at the immigration and passport controls and more than once I compared its inefficiency with the crisp smooth service of Suvarnabhumi airport, Bangkok. The all male immigration officers nonchalantly floated around in their pristine white kanduras (traditional dress also known as dish dash) as the queues kept on getting longer. The whole world seemed to have congregated there and all kinds of babbling tongues filled the space. My headache raged wilder with every passing second and after 3 hours of queuing, I finally reached the counter. The visa was already stamped, so thankfully the hellish wait got over soon. The conveyor belt was hard to find and the trolleys were outrageously outdated for a spanking new cosmopolitan city like Dubai.

Flirting started immediately upon leaving the hostile customs area and sweet charming words got me duped into hiring a luxurious taxi. Normally I would have opted for the metro, but the desert summer sun, headache and fatigue nearly killed me that day. Uncomplaining, I got into the taxi, fell back in its cool, dark interior and looked at the city speeding by. Smooth, manicured lawns and flower filled groves of trees bordered both sides of the road and immediately 2 conflicting emotions rose in my mind. I realized that the Emiratis really knew how to keep their city maintained and the terrible mess they had made out of their desert was borderline heartbreaking.

It did not resemble a desert at all and none of its traces could be seen in the city. Palm trees lined the avenues and squat buildings grew in thick clusters. Expensive Dubai skyline spiraled in the distance and the unbelievable heat made the cityscape shimmer like a mirage. Indian actresses smiled from huge billboards and pinnacles of financial power of Dubai glinted in sharp angles against a hazy sky. Dubai haze is notorious and is quite a challenge for even seasoned photographers and the dewy mornings/sunsets supposedly provide best photographs of the city. However it is Dubai at night, which is legendary for its iconic beauty. I reached my serviced Fortune Apartment Hotel soon and was immediately taken in by its excellent value for money facilities. Huge, clean and spacious, it was well located close to a metro station yet enjoyed the quiet of an alley.

Sleep overpowered me like a drug and I crashed out immediately. I woke up to a silvery morning sky and mild breeze and realized with a shock that I had slept through an entire day. Hunger made its presence felt and I quickly freshened up to go out for breakfast. It was way too early and only rose breasted doves flitted about on grey pavements. Potted periwinkles twinkled pink and blue from balconies and reminded me of star filled evenings back home. Everything was closed and I walked all the way to the Creek in search of food.

The Creek or Al Khor as it is known in Arabic is the lifeline of Dubai and the main reason of its economic flourish. A saltwater channel, it divides Dubai into 2 parts-Deira and Bur Dubai and ends at the flamingo dotted Ras Al Khor Wildlife Sanctuary. Ancient Greeks called it River Zara and it was around the Creek, that the forefathers of the Al Makhtoum dynasty, the Bani Yas tribes settled in the 19th century. Pearling, fishing and trading were rampant along the Creek and small dhows from as far as India and East Africa used to dock here in olden times. The Creek originates from the Persian Gulf and in the past extended inland all the way up to Al Ain. Those were the days before oil was discovered and it was the legendary Emirati ruler Sheikh Rashid (known as father of modern Dubai) who first got it dredged in 1961. He was an exemplary visionary and his incredible foresight turned around Dubai’s fortune. Dredging opened up the region for navigability of larger vessels and soon Dubai got an edge over the neighbouring emirate of Sharjah. Trade got diverted from Sharjah towards Dubai and quickly it took over the helm of Gulf’s most important commercial centers.

Although with the discovery of oil, establishment of new docks at Port Rashid and Jebel Ali free trade zone, the importance of Creek had diminished but still today it houses an incredible amount of small scale commerce. It also creates the most charming waterfront and has innumerable old fashioned wooden dhows (and some patrol boats and water buses) constantly bobbing up and down its salty swathe. Iconic establishments line both its sides and Bastakiya, Dhow Wharfage, Shindagha Tower, Spice Souk etc line its colourful promenade. Apart from that there is the bustling Bur Dubai Abra Station and a string of hotels (Sheraton Dubai Creek), official buildings (National Bank, Chamber of Commerce) and restaurants which create its impressive front.

I loved sitting there by the Creek, under date trees heavy with fruits and shoot some breeze. The morning broke slowly and the dhows stirred with rapid Bangla, Hindi and Urdu. The dhows and the Creek commerce created livelihoods of thousands of Indian, Bangladeshi and Pakistani manual labourers and every word I heard reminded me of home. Hunger made me ravenous and the heat soon became unbearable. The morning freshness had completely disappeared and I panted like a dog as I trudged back towards the hotel. Empty stomach, summer sun and desert heat made me terribly dizzy and I somehow managed to grab a shawarma before fainting. The sandwich was greasy, heavy and just what I needed and I rounded it off with a tall glass of fruit shake. Street food is cheap in Dubai (even by Indian standards) and one of my favourite things about the city.

I finally managed to reach the hotel where I hid in my room till sunset. Twilight fell around 7 pm and I again ventured out into a cooler, Dubai evening.

The Creek was close to my heart

And saw me going back to it

A semblance of home

And the dhows reverberated with known languages

It was a curious blend

A perfect combination of fun, frolic