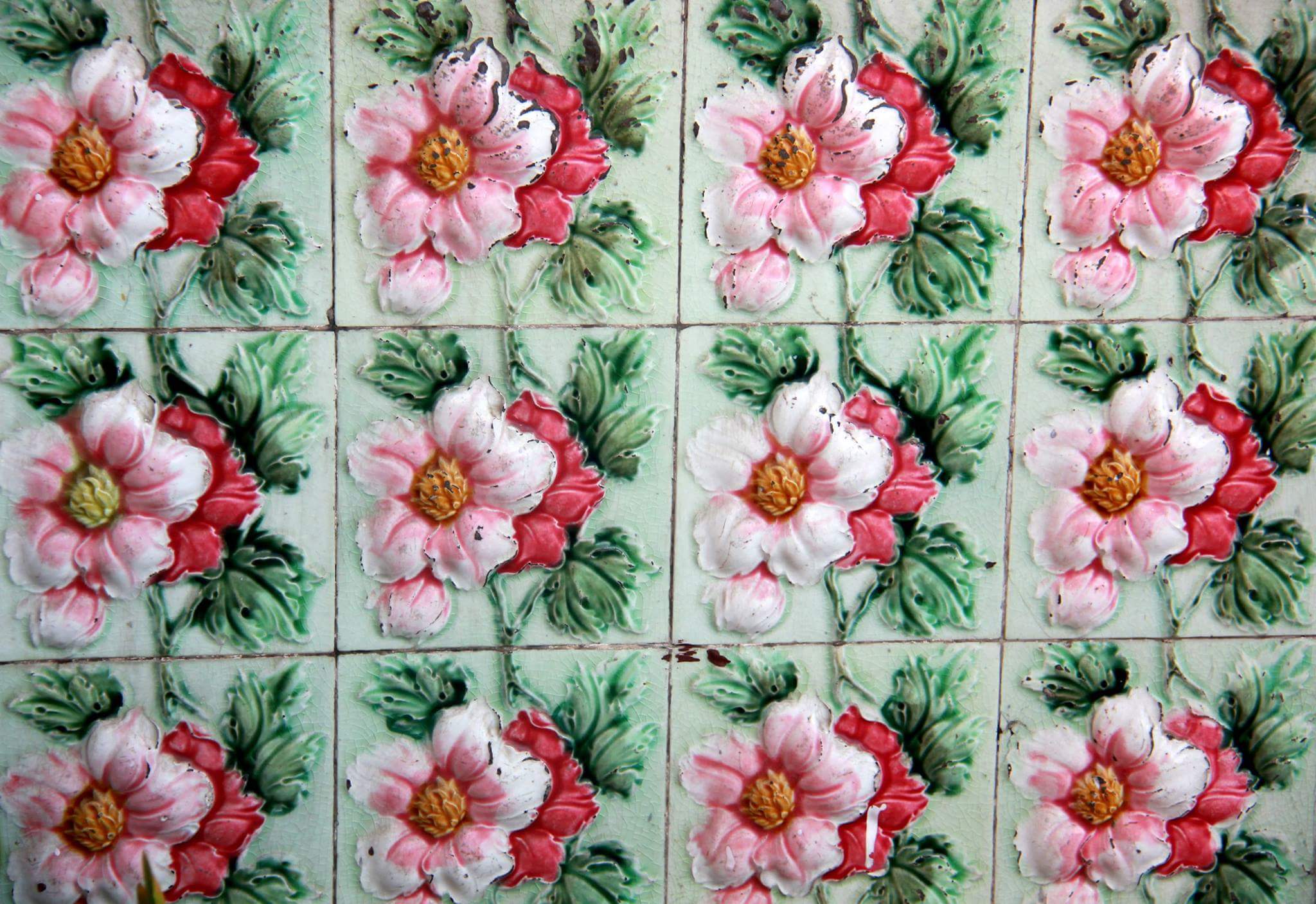 My last Melaka trip had been riddled with bouts of nausea and general feeling of unwell, thus forcing me to stay put at the lovely Equatorial Hotel for a few days. Those had been hot, muggy days and my unease had been blamed upon my over enthusiastic feasting on Melaka’s awesome food. Being a hard core foodie, Melaka had seduced me into constant indulgence of gluttony and it had been an orgy of meat, spices and sauces. The UNESCO World Heritage City is a food lover’s paradise and it’s unique melting pot kind of a culture has given rise to an intriguing mixed Asian cuisine.

Traces of Chinese, Malaysian and Indonesian cuisines can be found at every nook and corner of Melaka and from the fiery Assam Fish head Laksa to the sublime Hainanese Chicken, this Malaysian city is one delicious destination. Apart from great food, Melaka is also famous for its photogenic candy coloured old buildings, an unique “nearly genuine” flea market and an exotic joie de vivre. The exoticism comes from its hodgepodge of inherent cultures and the city is very Malay European in style. Because of Melaka’s intense colonial heritage ranging from Portuguese, Dutch, English to brief Japanese influence, traces of all these civilizations can be found in the city’s cemeteries, buildings, forts and windmills. Strangely Malaysia somehow manages to overpower them all thus giving rise to an exotic Euro Asian city. The surrounding dense green palm and rubber plantations give away the tropical secrets of Melaka’s incredible historical richness and these had also been the reason behind the city’s troubles.

Breathtaking at the same time

The history of Melaka had been wealthy and swashbuckling and its most famous tourist attractions are beautifully colonial. The A’famosa, Stadthuys and Portuguese Square reveal the city’s European legacy and those parts of Melaka are decorated with fountains, churches, little windmill and cemeteries complete with mossy long forgotten tombstones. I had found the city’s colonial history to be a bit too familiar to be unique and the Sultan’s Palace had seemed pretty without being memorable. However, they had all created unforgettable Melaka moments and I had absolutely loved the city’s very touristy plastic flower filled signature trishaws. The merry trishaws which had taken visitors for short joy rides around the Dutch inspired Stadhuys had revealed its strong Asian roots and I had shamelessly splurged for a brief ride before wandering towards the preserved Baba Nyonya area.

The transition from the Stadhuys to the Baba Nyonya zone on the other side of Melaka river had been like moving through different eras in history and due to the stark architectural differences, it had looked like another planet out there. Crisscrossed with narrow lanes, bamboo groves, Chinese temples and ornate tiles, the preserved Baba Nyonya area had been about life of the rich erstwhile Straits Chinese settlers and it had shown tantalizing glimpses of a very elusive culture. An extremely wealthy community, Baba Nyonyas had been the descendants of Peranakan Chinese or Straits-born Chinese immigrants who had come to the Malay archipelago between the 15th and 17th centuries. Usually traders by profession, they had also acted as middleman of the British and the colonized and most of them had been proficient in English as well as two or more languages. This dual income had made the community extremely wealthy and privileged and the Peranakans have an important cultural influence on the history of South East Asia. While, the men of this community had been addressed as Babas, their women who had been either local or imported brides from China had always been referred as Nyonyas and they had lead an elusive, wealthy and extremely traditional lifestyle.

The wealth of the maritime traders of the Straits of Melaka had been quite well known and their culture had been distinctly dazzling. Although, they had rigidly maintained several ancestral Chinese traditions, the influence of their intermarriages with the locals had given rise to more exotic beauty and a very distinct cuisine called the Peranakan or Baba Nyonya cuisine. Their exotic Peranakan style had not just been restricted to food and their exposure to Europe’s wealth had made them lust for its luxuries too. Having a vast amount of wealth and access at their disposal, the Baba Nyonyas had decorated their mansions with the best of both the worlds and their women had bedecked their persons in exquisite Asian intricacies. Although I had been aware of the Peranakan’s affluence, nothing had prepared me for the lavishness of their Melaka homes and a visit to the Baba Nyonya Heritage Museum at Jalan Tun Tan Cheng Lock had left me captivated for life.

It was a treasure trove

Everything about the Peranakans had spelled money and the ostentatious of their costumes, along with their love for gold and handmade slippers intricately embroidered with Peranakan cut beads had complimented perfectly with the traditional dinnerware they had used. Theirs had been a life dedicated to fine luxurious details and their eye for intricacy had been visible in every aspect of Peranakan culture. Victorian era crystal chandeliers, dazzling gilt trimmings, rich costumes, beaded slippers and exquisite jewelry had showed off the “on your face” indulgent life of these rich traders and I had found their Peranakan tiles to be most exquisite. Found generously plastered on old buildings, passages, floors and door sills, the Peranakan tiles had been unique to the mysterious Baba Nyonya culture and I had come across them in several South East Asian cities like Singapore, Georgetown etc. Because of the humid weather, in olden times all Peranakan houses had opted for an uniform flooring of the unique tiles and eventually, their colourful prettiness, apart from the cooling factor had made them popular as home decor items too. Lilies, roses and carnations of pinks, pistachio greens and baby blues had been most popular motifs for the walls and the floors had been resplendent with geometric designs in mostly white, black, yellow and sapphire.

I had loved the Peranakan tiles’s child like simple loveliness and they had been bursts of beauty making even the drab areas of a building come alive. The preserved Baba Nyonya area of Melaka too had been like an open air gallery of these tiles and on that hot afternoon I had happily spent hours tracing my fingers over their cool, uneven surfaces. Despite the heat and general feeling of unease, that afternoon had been one of the most pleasant days of my life and it had been breathtakingly picturesque too. A bright mid day sun had kept the crowds at bay, thus providing the heritage place nearly for myself and pieces of an exquisite blue sky had hung between bright old buildings. Except for occasional stray cats and smokers, hardly anybody had been visible among those the patchwork of sun and angular shadows and the siesta time had contributed to a quiet cozy lull. It had been an amazingly peaceful solitary walk and I had happily indulged in a few things which I would have never done if not alone. Peeping inside Melaka’s old Oriental buildings, many of which had been converted into quirky stores, swish hotels and interesting museums had been one of them and the Peranakan sights had left me wanting for more.

To give the flea market a miss

Everywhere rainbow colours of lemon yellow, aqua blue, dusty rose, ruby reds and orange had glided past me in forms of old restored Peranakan homes and strings of Chinese lanterns had fluttered over beautiful street art splattered walls. At times I had felt as if I had been walking through a virtual garden and the patterned beauty of pavements, walls and window sills decorated prettily with floral tiles, miniature dragons and rosy lintels, had been bedazzling. Flowers had peeped from every nook and corner and concrete roses had twined around floral bouquets under salmon coloured roofs. Resplendent in this exotic beauty, Melaka had never seemed more beautiful and abundance of gorgeous Peranakan tiles had thrown delicate floral hues at every step. The stately old buildings, fluttering lanterns and springing flowers had whispered tales of old glory and it had been the sudden livening up of the scene that had brought me back to reality. Being a weekend, a soft Melaka sunset had started making the flea market at Jonker Street buzz with action and lost in my walk, I had never noticed the time slipping by.

While on any other day, the prospect of a flea market would have excited me like crazy, on that evening I had been happy to give it a miss. Instead, I had sat at an outdoor table of the Geographer’s Cafe and recollected details of my exquisite Melaka afternoon. It had been a walk to remember and I had signed off from Melaka with beautiful memories to last a lifetime.

Coupled with the right amount of modernism

Melaka is an UNESCO Heritage Site

And a photographer’s dream

Letting you just sit back and unwind