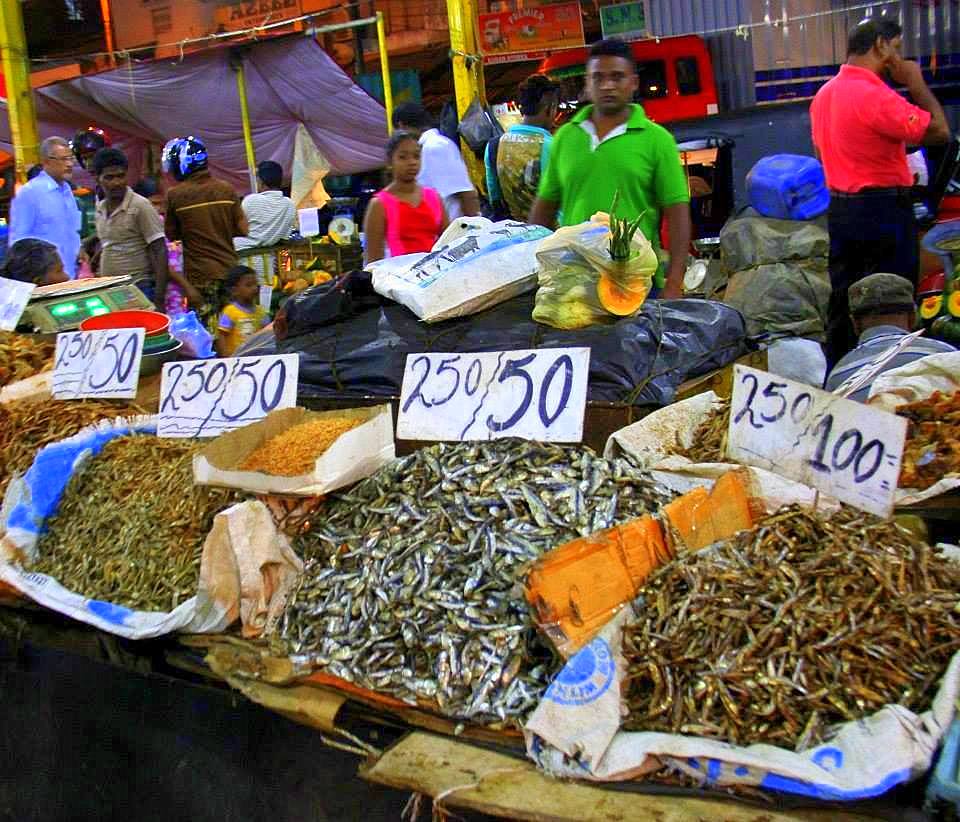 The Colpetty or Kollupitiya Market is heralded by the senior Colombites as a tradition that prevailed against the odds of time. Located near the Galle Face Green, it has stood the test of endurance as Colombo’s main coastal arterial road, the Galle Road has undergone massive facelifts in the recent years. The changes are said to be so rapid and extreme, that a prodigal son of the city returning to Colombo after a decade finds it difficult to get his bearings once again. Only the Kollupitiya Market has remained unchanged and at first glance, its unkempt exterior does not garner much interest in a passing traveller.

Built in the late 1970s, the Kollupitiy Market for Colombo’s senior citizens holds a very special place. It was constructed shortly after Sri Lanka’s abandonment of Socialism and the market symbolized the common people’s access to a new open economy. Owing to its stock of premium foreign goods, Kollupitiya became an instant hit with the locals and today, it is the first place a newly appointed diplomat in the city visits. The long low shaped complex is very popular among Colombo’s growing expatriate community and nowaday many city walks include Kollupitiya Market for its photo opportunities.

Recommended Read: WHAT I LOVED ABOUT SRI LANKA

The photogenic beauty of Kollupitiya Market

I visited Kollupitiya Market to ogle at the fresh produce market and it was worth the hassle of reaching there. In fact, I smelled the market way before I could locate it and being a Saturday, the entire complex was crammed with people. Saturday mornings are meant for fresh produce shopping for the Colombites and the Kollupitiya Market gets filled with vendors trying to make most of the bustle. They sell all varieties of produce: vegetables and fruits (both foreign and locally grown), glistening seafood, freshly butchered sides of lamb, beef, pork, and chicken, cheese, and other imported goods.

Suggested for You: COLOMBO VIBES

The Kollupitiya Market is for offbeat travel lovers

Bargains are struck in hectic cacophony and the Kollupitiya Market vendors can often be found to be multilingual so that they can build a rapport with the foreign residents. Despite its chaotic appearance, Kollupitiya Market is surprisingly organized. Its ground floor holds the fresh fruit and vegetable market, some of which come from as far as Nuwara Eliya, Badulla, and Hatton. Seafood rules over the second floor and one can get everything fresh from the Indian Ocean there. Calculators, long, slick knives, and weighing scales work busily on slabs of tuna, grouper, crabs, octopus, and crayfish as fishmongers point out, bargain, order, weigh, and wrap up parcels in practiced efficiency. The large, bare dim roof is lit up with strings of naked bulbs and water from the melting ice slabs make the floor slick. It resembles an Asian wet market and the liveliness found there is also very familiar. The quietest place on the second floor is the pork section and only the interested customers drift over to that corner. They linger long enough to pick up the choicest cut of pork belly and strings of lingus (spicy Sri Lankan sausage). After the vast array of seafood, though the pork section seems to offer limited options, the meat is vouched to be of the highest quality and the patrons of the shop stick to it for generations.

The first floor is the fresh produce market

Get a slice of local life of Colombo

The third floor of the Kollupitiya market is rather bland in comparison to its bustling lower levels. It holds grocery stores, an ayurvedic pharmacy, Chinese and Japanese minimarts, and ship chandlers. The place is quiet, brightly lit, and airier with mostly foreigners heading up there for imported products from home. Whether you visit the Kollupitiya Market for a weekly grocery shopping or photo opportunities, it is a must-visit place in Colombo, especially if you want a sneak peek at the local life. Kollupitiya Market – Kollupitiya Market, Dharmapala Mw, Colombo 3, Sri Lanka

Kollupitiya Market is popular among the locals and travellers

Getting a taste of local life,

Or to see what goes into

Whatever the reason may be,

A visit to the Kollupitiya Market

Will be an enjoyable

It is an integral part of Colombo heritage.