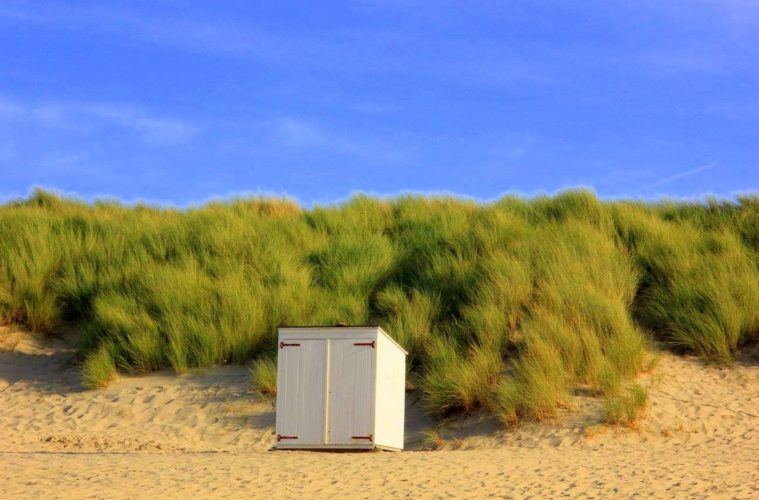 The North Sea and the dunes of Zeeland

At the cost of breaking the stereotypical feminine mould, I have to confess that I find pregnancy to be super boring. The gestation period is too long and the last months seem to drag on forever. I remember that during my last pregnancy I sometimes would forget about the burgeoning bump and my body would crave to run, jump and wander like my mind. All these symptoms stayed even after our baby was born and Tarek recognizing the restlessness took us off to the offbeat destination of Domburg in Zeeland, Holland.

Zeeland, the province which man wrestled away from the sea

It was the beginning of September and baby Akash was 2 weeks old when we loaded him in the bassinet in the car and drove for nearly 6 hours to reach Zeeland. Our destination was Domburg, Holland’s oldest beach town and we looked forward to staying in a real castle. If you look at the geographical map of Netherlands, then the province of Zeeland really does not make much sense. Consisting of three sleek slivers of land located in the middle of a vast delta, it has a calm, flat topography. The flatness hides the fact, that Zeeland is a story of humans fighting the forces of nature for survival and the region has suffered two massive waterborne tragedies. The delta itself is busy with most of Europe‘s river drainage and for centuries the resilient Zeelanders have battled the North Sea waters to stay alive.

Zeeland is the story of a struggle between man and nature.

Located in the south-western region of the country, Zeeland, also known as “sea-land,” is made up of a series of small islands with a strip of land bordering Belgium. Middelburg is the provincial capital and tourism plays a major role in the province’s economy. Netherlands’ winding coastline assures plenty of beautiful beaches that are famous for the golden sands, blue seas, and pickled herring kiosks. Being on the leeward side of the North Sea, thus receiving the end of the prevailing wind, Holland’s shoreline is one continuous strip of broad sandy beaches backed by magnificent dunes. The beaches are mostly unspoilt and empty and this adds to the joy of exploring Zeelands towns filled with flat-bottomed boats, canals, gingerbread houses and windmills.

The Dutch province is blessed with sunshine and golden dunes.

I found Domburg to be very enjoyable. Being the oldest coastal town in Zeeland, Domburg has an incredibly rich history and the beautiful beaches make it a perfect weekend getaway. Beautiful dunes mark Domburg’s golden beaches and it is located on the edge of nature reserve ‘de Manteling’. This unique combination made Domburg an amazing destination for nature lovers like us, and wild deer used to roam freely in the forest in the hotel ground. Early autumn made the leaves turn russet colours and beautiful reddish brown leaves carpeted the forest floor. Being an offseason, the beaches were empty and the colourful wooden houses stood like rows of candy against the grassy dunes. Our days were spent flying kites, walking along the dunes, exploring the forest, and in the evenings, we lazed with koffie and flensjes at the village restaurant. It is said that Zeeland enjoys more sunshine than any other place in the Netherlands, and Akash’s first trip was the best way to experience the beach life in the old Dutch way.

Suggested Read: Five fun things to do in Amsterdam

Zeeland will always be special.

Zeeland (zee means sea in Dutch) is one of the 12 Dutch provinces and is located in the southwest of the Netherlands. Bordered by the provinces of South Holland to the north and North Brabant to the east, Zeeland’s southern border is shared with Belgium. Zeeland is one of the Netherland’s favourite tourist destinations, especially in summer when thousands of visitors from neighbouring countries like Belgium and Germany, come to visit the beaches.

Recommended Read: Giethoorn, the Dutch village with no roads

How to reach Zeeland

The main transportation corridor of Zeeland lies between Vlissingen eastwards towards Goes and further on to the province of North Brabant. This corridor contains parts of the highway A58 and the only railway line in Zeeland. It is the main way of getting there by train and there are connections available for Amsterdam and Eindhoven. There are also public buses available which run between almost every single village on an hourly basis.

It offers perfect weekend getaways for those seeking nature.

How to get around

Years ago Zeeland used to contain several islands and nowadays they are all connected by bridges and tunnels. With the completion of the Westerscheldetunnel  in March 2003, the last two ferries between Zeeuws-Vlaanderen south of the river Westerschelde and Walcheren and South Beveland north of the river were suspended. Nowadays, these routes are accessible for foot and bicycle traffic. Zeeland is easily accessible via bicycle, ferry, bus and train. Like many other parts of the Netherlands, the province is very bike-friendly and offers a number of beautiful cycling trails. Railway connections are available between the towns of Middelburg, Flushing, Goes and some of the province’s smaller cities. Buses are also available throughout much of the province and are served either by Connexxion or Veolia.

Zeeland usually a bit warmer in winter and a bit cooler in summer in comparison to the other Dutch provinces. It is also one of the sunniest provinces of The Netherlands. The summer months of July and August day temperatures reach around 20 degrees and Zeeland gets very crowded. The rain splashed spring (March and April) is as warm as summer with the less crowd and incredible blooming of wildflowers. The cooler months are great for walks along the beach and temperatures of more than 30 degrees Celcius or below zero are relatively rare.

What to see in Zeeland

Apart from the beaches, one of the most striking sights of Zeeland is the huge Deltaworks. The most important tourist attraction in Zeeland, Deltaworks prevents the sea from rising too much when storms occur. This prevents stops tragedies like that of February 1953, when after severe northwestern storms, coastal areas were flooded and around 1,800 people got killed. The Neeltje Jans Expo displays the history of the flooding and explains how the Deltaworks work.

Was a joy to explore.

With long stretches of golden beaches

It was our baby Akash’s

We stayed at Domburg,

Thanks to our stay at a beach castle

Surrounded by a beautiful nature reserve

We had the most

Enjoyable time at Domburg in Zeeand.

And then there was the autumn,

In her red gold beauty.