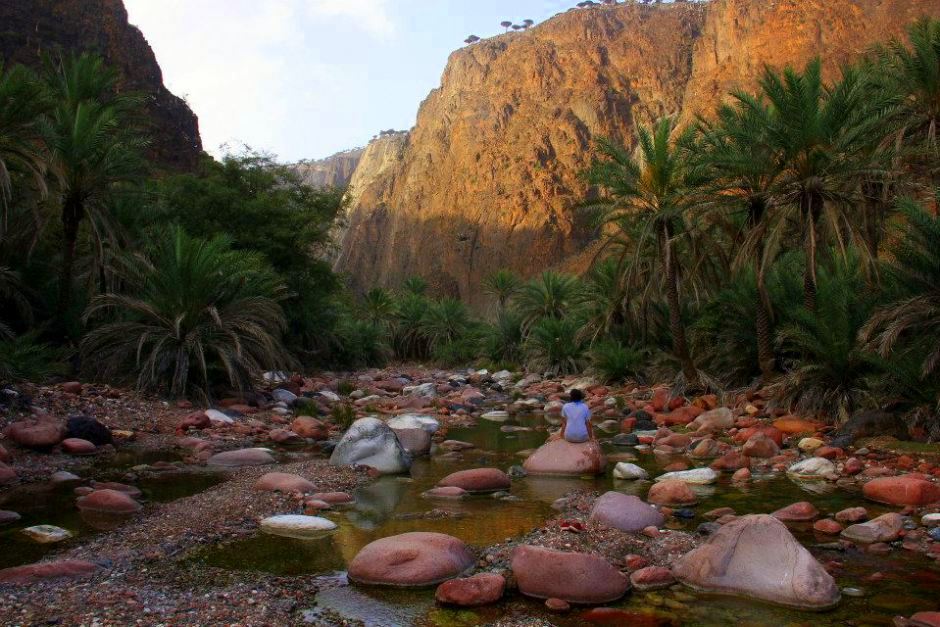 We had followed the single broad strip of Socotra highway all over Diksam Plateau and it had seemed like another planet. Apart from the strange looking plants, no life had been visible for miles and only big, granite shapes had stared back in silent millennium old wisdom. Huge fluffy clouds had loomed overhead in an open birdless sky and they had created fantastic shadows on the vast valleys and highlands.

I had never even ever envisioned  a place so isolated and to my awe struck eyes, it had looked nothing like earth. Strange thoughts had drifted through my mind and I had imagined a post nuclear aftermath world to look as lonesome as that. The mountains had stretched in circles and deep folds and grooves had shown bristly shadows of the blood dragon trees. Strangely the grand trees had always stood apart from the crowd, even when they had covered the precipices in continuous forests and rough loose gravel had cast deep amber shadows in the canyons.

No other Bedouin villages had appeared in the plateau and the hot sun had made the shepherds rest in cool flowery glades. A dirt track had bifurcated away from the road and Anwar had rushed headlong on it till he had stopped at a precipice. Gorgeous Wadi Dirhur had spread below and from our bird’s eye viewpoint, it had looked like a hidden world. A lovely ribbon of stream had sparkled in the afternoon heat and golden haze had lulled the canyon in a sleepy stupor. A short, steep downhill drive had taken us to the canyon and the world had seemed more and more unfamiliar with each turn. Dry, harsh land had peeped underneath white ghostly Cucumber Trees and Desert Roses had bloomed like grotesque pantomime dancers.

Apart from being alien looking, Socotra is a terribly harsh place to survive. The island is sun and wind swept and drought like dry conditions pervade all areas. Some areas are particularly more arid than the rest and the island’s flora has adapted to it’s conditions in most unique ways. When Sting had sung the sultry notes of the song “Desert Rose”, I am sure a squat, rather ugly looking tree with a swollen belly had not been on his mind and Socotra’s Adenium Obesum is as much a rose, as I am an elephant. Although these funny trees are found in some parts of Arabian mainland and Africa, the ones in Socotra bulge larger than them. They have wonderfully adapted themselves to Socotra’s harsh aridity and use their distorted, bloated trunks to store precious water. They supposedly do not require soil and their unique shapes are their means of twisting into anchoring on rocks, on which they grow. The desert roses had started blooming earlier this year and the hard, brown monotony of the canyon had been covered with their pink blossoms.

Wadi Dirhur had arrived in a steep gradient and in spite of my seat belt, my back had gotten brutally jolted during the entire ride. Dry scrub forests had provided some shade in the valley/wadi where apart from Anwar, I had been the only human. It had been completely silent and the afternoon heat had stifled the breeze from rustling along the stream. The little green brook had been an utter delight and I had scrambled as far as I could from prying eyes, to swim in it’s refreshing emerald water. Date palms had bordered the liquid gem, and smooth golden pink rocks had provided beautiful natural stepping stones. The canyon had risen steeply along the shallow stream and desert rose and cucumber trees had covered the slopes in profusion. Their white ghostly trunks had stood out in the harsh sun and I could almost locate cucumbers growing under their floppy thatch of green leaves. The cool, watery garden vegetable, which is usually found dangling from vines in every other place on earth, takes a whole new shape and size in Socotra and they are as alien looking as the desert rose.

Happily isolated and with the treasure of time on my hands, I had enjoyed Wadi Dirhur’s beauty to the fullest. I had swum in the stream, sunned on the date palm shaded stones and tried to locate different coloured crabs among the wispy fishes. It had been completely paradisaical and apart from Anwar, who had been cooking lunch, further downstream, the gorgeous canyon had been completely mine. The absolute privacy had rendered me reckless and I had wandered along the gravely slopes in my wet bathing costume to feel the pink magic of desert rose tree forest. It had been a great hike and the funny, pot bellied trees had provided soft pink flowery shadows. In spite of the shade the hot desert sun had dried my clothes in minutes and large yellow Egyptian vultures had stared at me from their rocky nests.

The smooth cucumber tree had felt cool to touch and being too absorbed in my careless wanderings, I had stumbled over a loose rock and rolled down the loose, gravely slope in a heap. I am very accident prone and hardly any of my travels have been devoid of cuts and bruises. While some of them had been minor scratches, a few had left serious dents on my body and ego. It had not come as a surprise when Socotra too had left a mark on my body and just when, I had thanked god that no one had witnessed my ungainly roll, dozens of unblinking stares had descended upon me.

Swimsuit clad solo female tourist in a lonely secluded place, especially in an Arab country, is not a good idea and just when I had nearly screamed, one of the most ardent males I have ever met, had come along and changed my notions for good.

Had been hard to leave

And the vast isolation 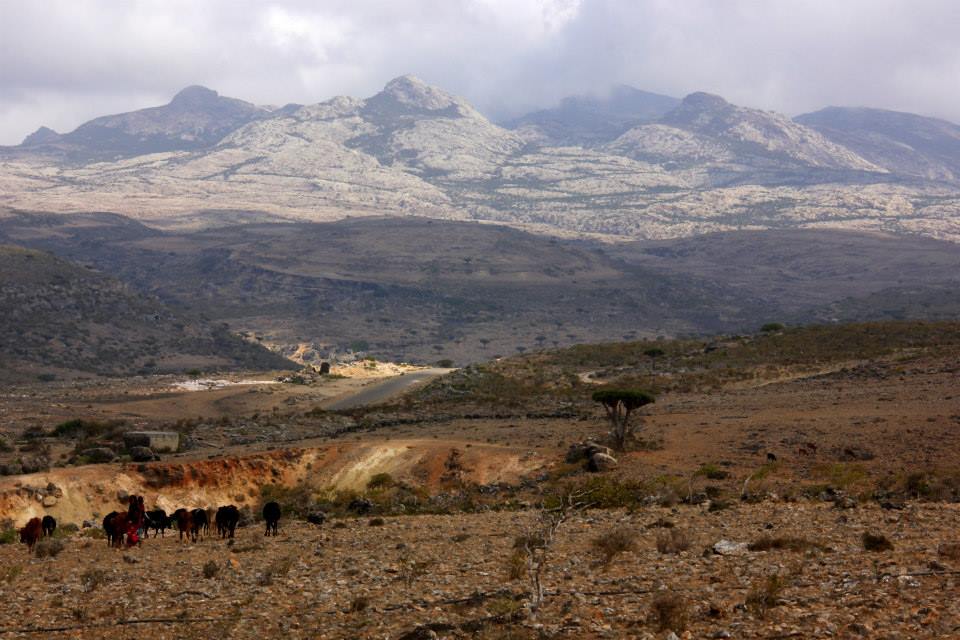 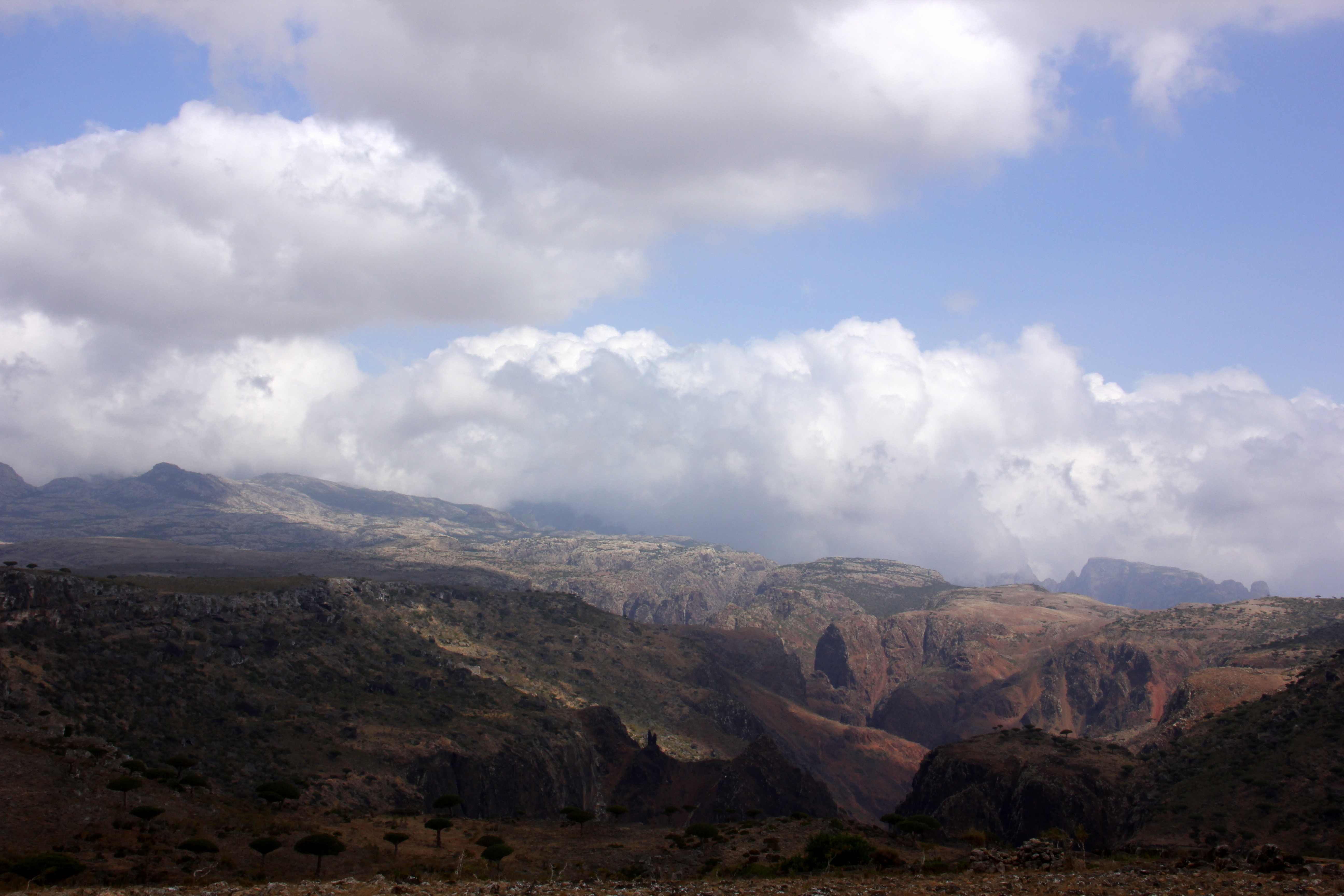 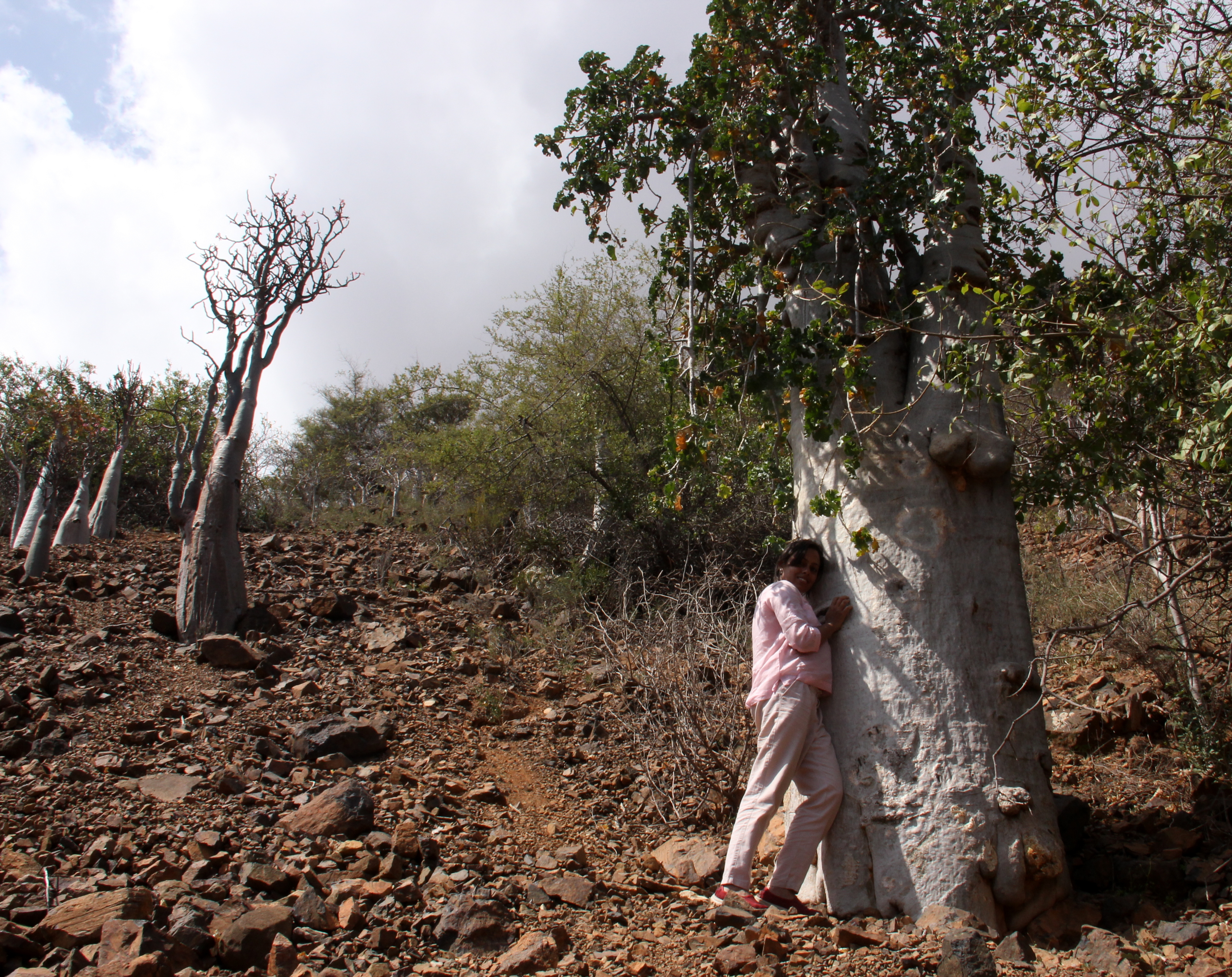 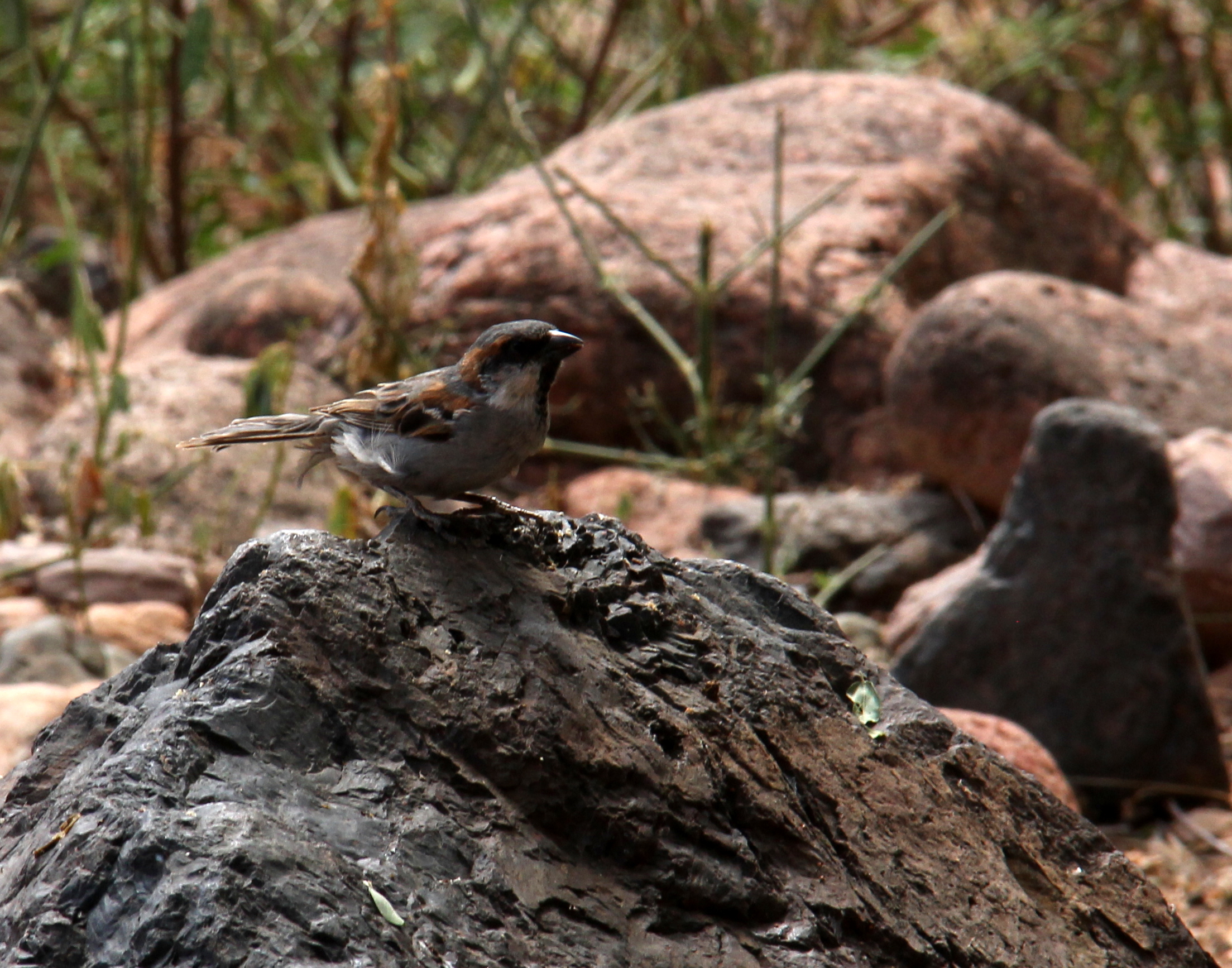 And I had headed 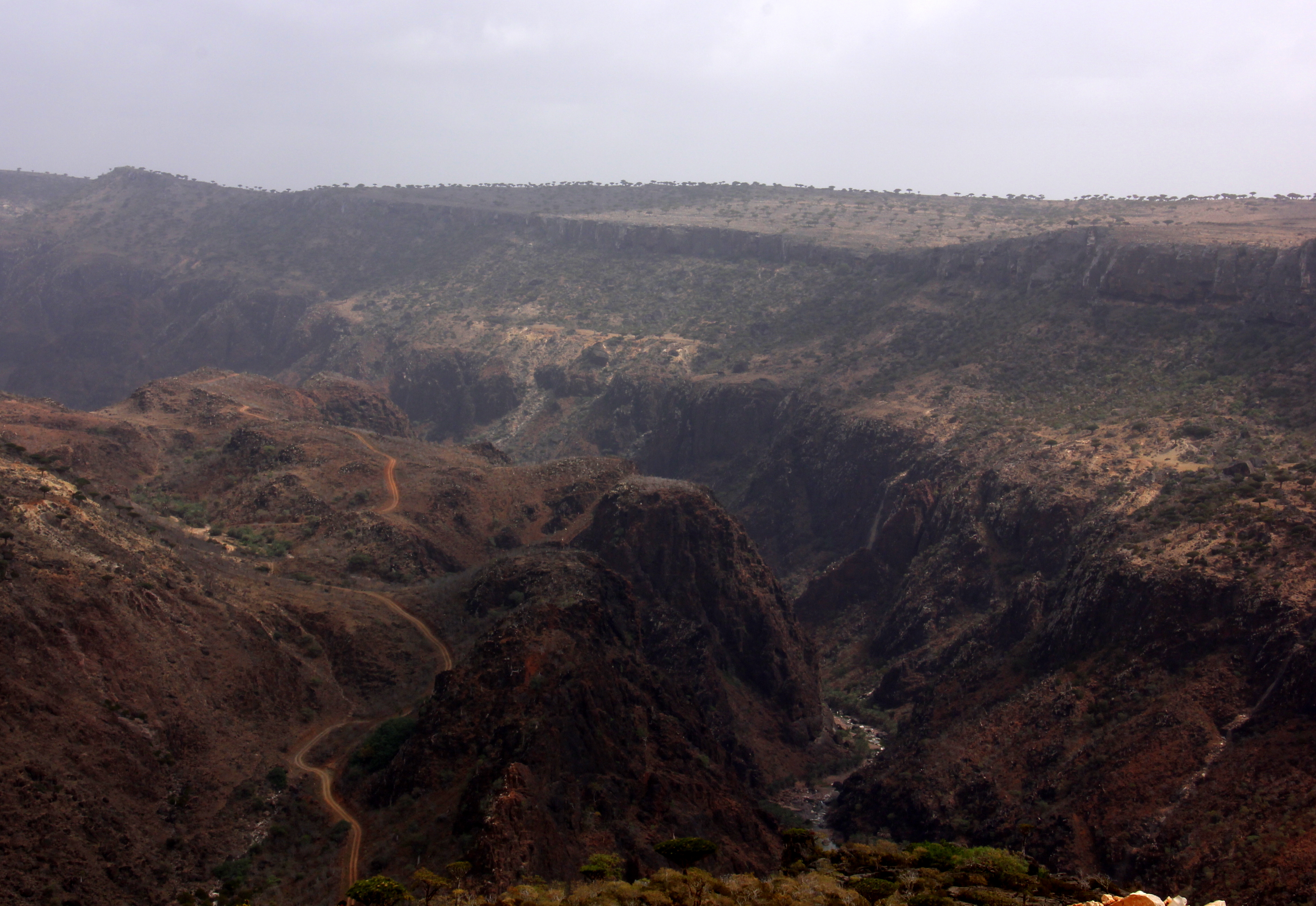 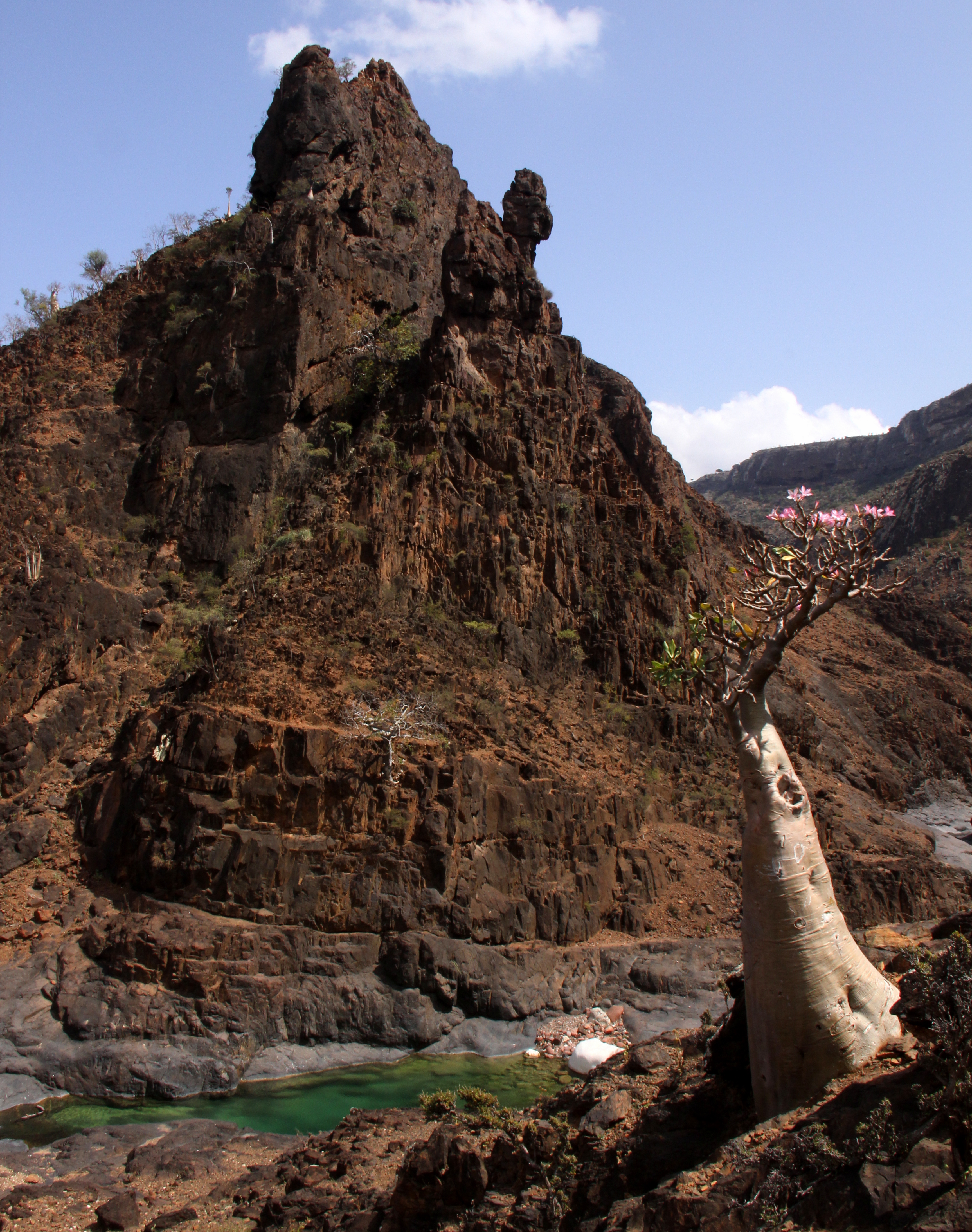 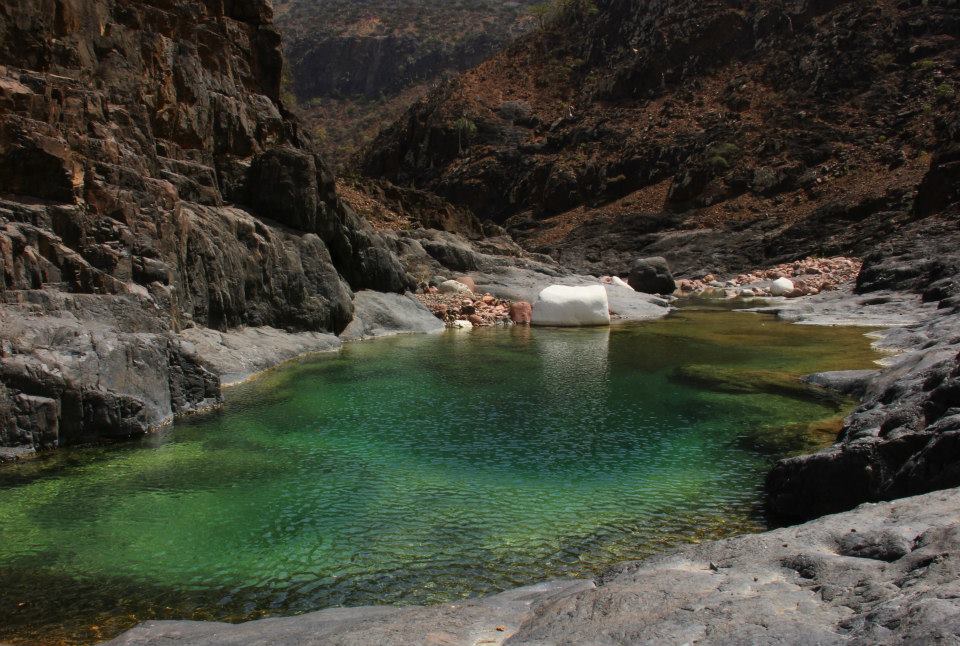 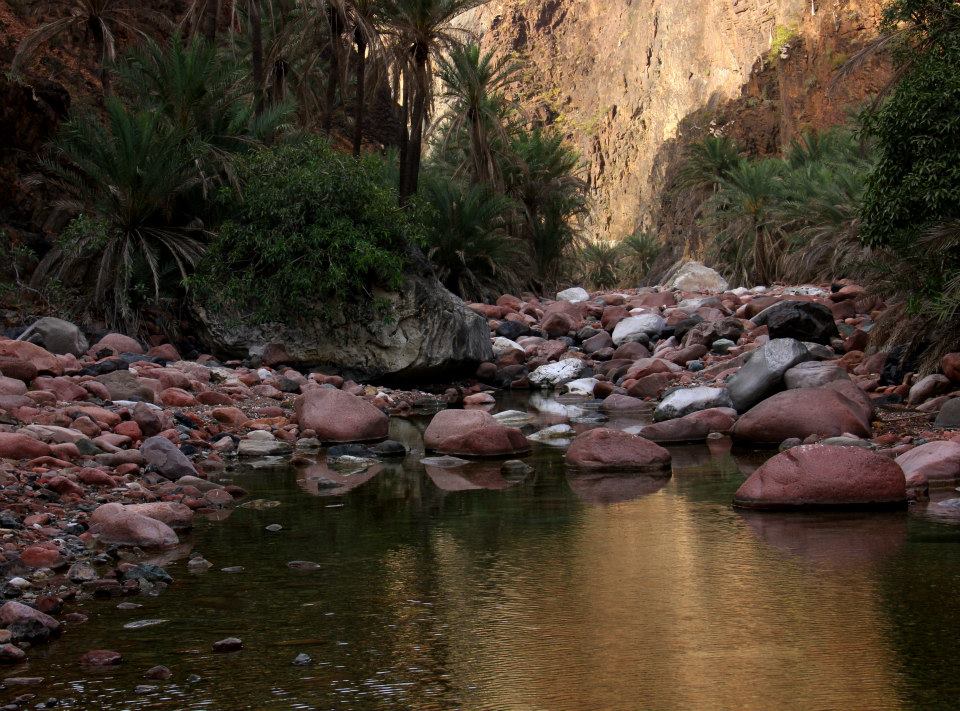 And I had enjoyed

It’s silence all by myself