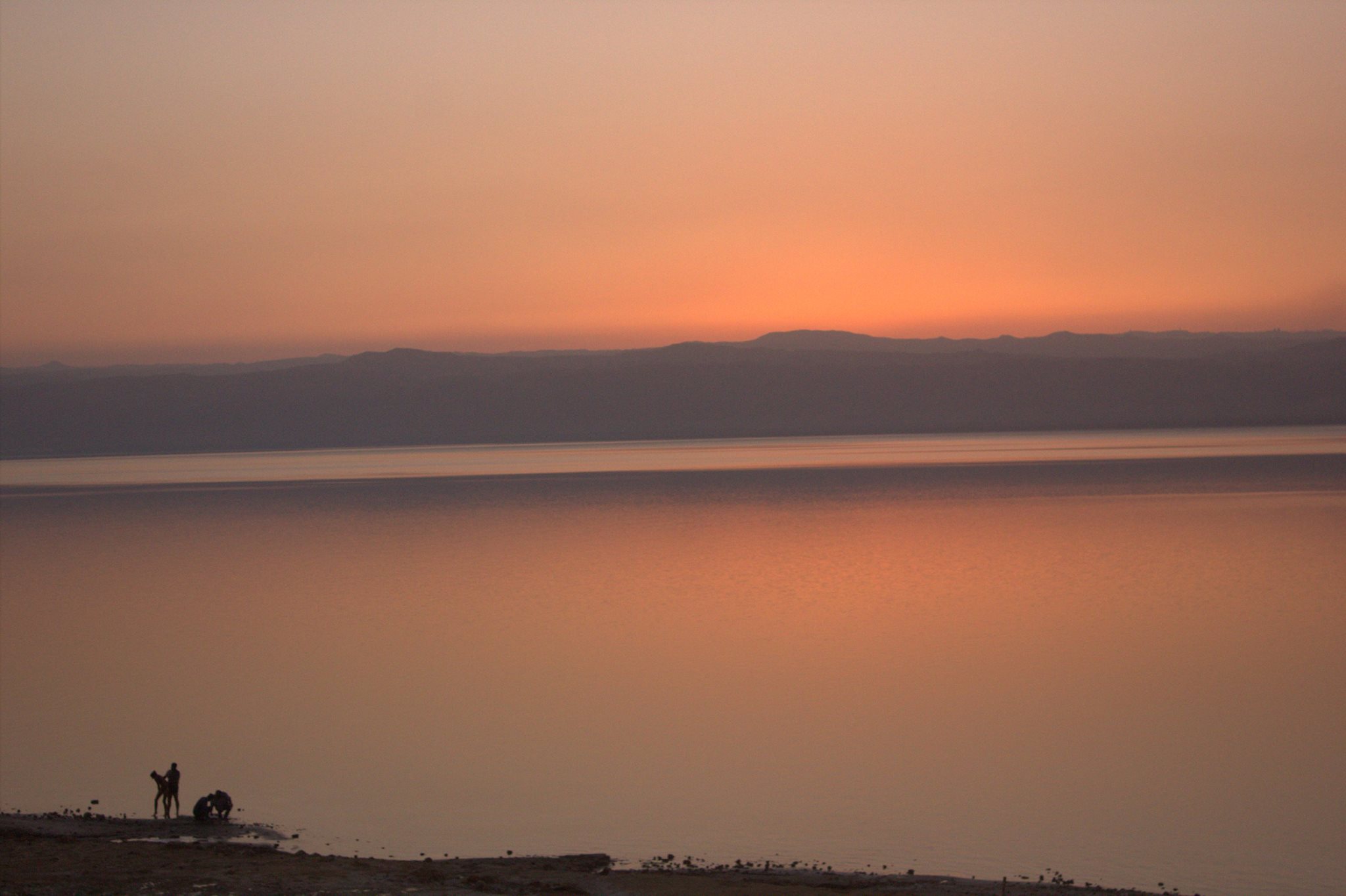 Dead Sea and the Holy Mountain

We descended from the Monastery, spent the night at a Petra hotel and returned to the archaeological park the next day. We were all set to explore the most important of the ancient secrets of Petra-Jabal Haroun or the Aaron’s Mountain. It was a tough 6 hours uphill trek through isolated oleander and colourful lizard filled rocky mountains. Most of the times it seemed as if we 3 were the only people existing in that vast wilderness. Bedouin children came scampering by and we realized happily that we were not alone. Their makeshift settlements were scattered all over the mountains and the elders offered us refreshing mint tea and gossip. It was life at its most rawest form, primitive, very real and unbelievably hard. Patches of pink flowers brightened the otherwise rocky landscape and overhead a huge blue sky spanned.

TRAVEL TIP – Until a few years ago, locals resisted non Muslims from climbing Jabal Haroun. Today although that does not exist, a good guide and excellent physical condition are advisable for those wanting to do this trek. Extra water, food and respectable clothing need to be carried on this trek.

Believed to be the final resting place of Prophet Haroun (Haroun is Aaron, brother of Moses/Mousa) it is a place of pilgrimage for Muslims, Christians and Jews and is the holiest site in Jordan. The mountain had been long identified with the Biblical Old Testament Mount Hor where the following event was supposed to have taken place. ” The Lord said to Moses and Aaron at Mount Hor, on the border of the land of Edom… “Take Aaron and Eleazar his son and bring them up to Mount Hor; and strip Aaron of his garments, and put them upon Eleazar his son; and Aaron shall be gathered to his people, and shall die there.” Moses did as the Lord commanded; and they went up Mount Hor in the sight of all the congregation… and Aaron died there on the top of the mountain.” –(Num. 20:23-28) Although some historians refute this theory, evidences of a Byzantine monastery dedicated to St Aaron (also mention in Petra Papyri as The sacred house of our Lord the Saint High Priest Aaron) have been found on the mountain.

In the 6th century,  a young Prophet Muhammad, on his way from Mecca to Damascus had climbed Jabal Haroun with his uncle. The Christian guardian of the shrine, a monk named Bahira prophesied that 10 years old Muhammad would change the world. With the spread of Islam, it became a holy site for Muslims too, as Haroun is revered as one of the previous prophets of the only God Allah. The white domed Shrine of Aaron was small and unremarkable but the deep sense of peace and spirituality which enveloped that place was nearly tangible. The views were awesome too but Jabal Haroun was more than that. The mortal remains of the great saint seemed to have impregnated the place and turned it into a powerhouse of spirituality.

Offerings of the pilgrims fluttered in the wind and only silence existed at that holy peak. Unable to enter the shrine, we stopped at the summit for some time and soaked in the eerie calmness. It was one of my life changing experiences and definitely the most eye opening. Aaron/Haroun lay buried there and his final resting place, considered holy by the Jews, Christians and Muslims alike was where we rested. The universal message that regardless of our nationality, religion and ethnicity the human race share one heritage rang loudly through the mountain top. Wars never seemed more senseless and human race lost its dignity in our eyes. Humbled and rested, we left a small donation at the shrine and started our descent for Petra city center.

Although neither of us belonged to the 3 religions associated with Jabal Haroun, Lou and I could not help feeling blessed. That is perhaps the effect of holiness. It transcends religions and touches humanity. Cups of piping hot tea and falafel refreshed us after our tiring trek and we resumed our Jordan journey again. It was still early so we ambitiously added Dead Sea on our itinerary. We were running short on time and Jordan turned out to be a surprise package. Although plate sized, it was teeming with historical, mythological and natural wonders and 1 week seemed too short a time to experience this beautiful country to the fullest.

Yousef raced towards Dead Sea, while we slept throughout the historical drive and missed out the Biblical sites of Elijah’s Hill and Bethany-beyond-the-Jordan (where Martha and Mary lived and Jesus was baptized by John, the Baptist). Elijah’s Hill/Jabal Mar Elias is the place where according to Biblical legends Elijah after parting waters of the Jordan River, walked across it with his successor Prophet Elisha before ascending to heaven on a chariot and horses of fire. We finally reached Dead Sea and tumbled our aching bodies out of the car. Occupying the Great Rift Valley, Dead Sea is actually a lake at 400 meters below sea level and is the lowest point on Earth. The Dead Sea derives its name from to its uniquely salty water, which kills virtually all marine life. It is fed by the River Jordan, flowing south from Galilee, but which due to the geological upheavals has no outflow. So its water evaporates off the surface leaving continuous precipitation of salt on the beach and creating a thick atmospheric haze overhead which dampens sound down to almost nothing. The haze also filters out harmful UVB sun rays thus allowing healthy tanning but not burning.

It was nearly evening by the time we reached the Dead Sea. We checked into the super expensive Movenpick Resort and Dead Sea Spa and settled cozily into its luxurious rustic settings. The sun was setting over the iconic Jordanian site when we went for a dip at the world famous Dead Sea. Although crazily popular as one of the must do experiences of a lifetime, no one had prepared us for the Dead Sea shock. Huge salt crystals scattered along the bank and hurt our feet. We scampered painfully till we reached the horribly saline water of the world famous Dead Sea. Warm greasy water surrounded us and we followed the touristy suit by slathering our bodies with the mud. Slithery, unattractive and greasy the biggest Dead Sea shock came when we tried swimming in it. Photos of Dead Sea floating visitors posing cooly with newspapers inspired us and we completely forgot how salty its water was. We stupidly tried the photo trick, swimming and floating but ended up awkwardly buoyant with painfully salty water in our eyes. Nothing had prepared us for its saltiness and we both suffered from terribly parched skin. Undoubtedly one of the experiences of a lifetime, it was also one of the most bizarre (bad photos, dry peeling skin and painful red eyes, it couldn’t have gone worse) and one Jordanian memory I was glad to get over with. While I feel proud to have done the Dead Sea experience (been there, done that feeling) needless to say I hated it.

Some photos have been taken from the internet.

Was the soul touching

And tip of the

For the lowest point on earth

As we struggled with its reality shock

At the beautiful Movenpick property

Life was awesome in Jordan