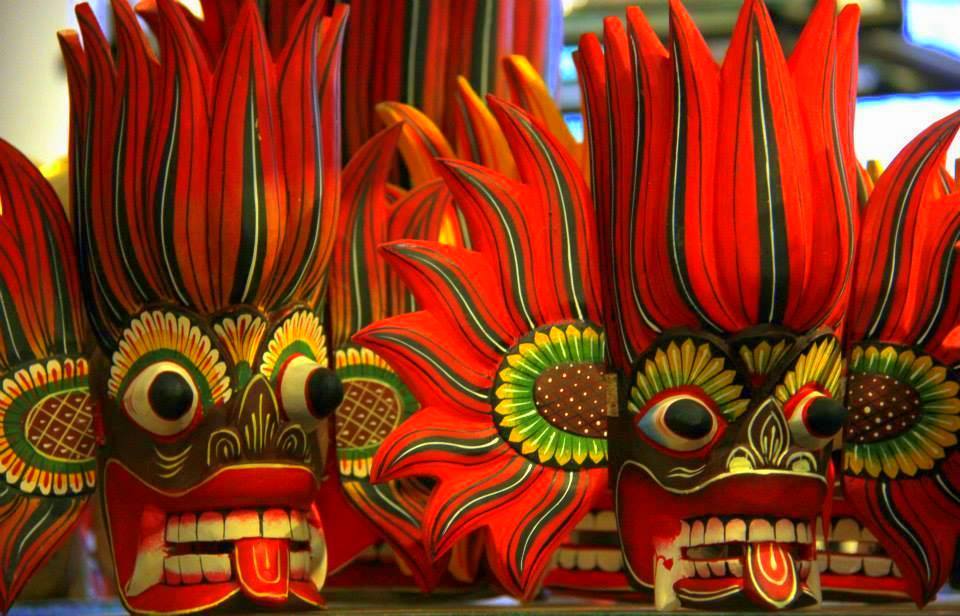 Colombo still brings to me memories of salty sea air, puttering colourful tuk-tuks, satiny golden coconuts, large vermillion silk floss flowers, gorgeous colonial buildings, and spicy chili crabs. It was monsoon when I first arrived there and Colombo’s skies alternated between peachy sunsets, drab grey clouds, and soft powdery blue shades. The city did not seem as busy as Indian cities in my eyes and the streets (except for Pettah) looked cleaner, wider, and greener. Traffic snarl was less dreary and needless to say, I liked the capital city of Sri Lanka a lot.

Sri Lankan people are one of the nicest in the world

Colombo is a walkable city

I stayed at the excellent CityRest Fort near the Dutch Hospital and the location allowed me long walks to the promenade. Colombo, much to my delight, is a walkable city and I spent a lot of time wandering around its lanes. On the first day of my arrival, a fellow hosteler gave me his map of the city and it marked Colombo’s different sections in clear walking trails. Thus armed with the map, I explored Colombo and walked all over Pettah, Cinnamon Gardens, Galle Seaface, Fort, and Beira Lake.

You may also like: 26 PHOTOS OF MY BEAUTIFUL BUNDI DAYS

A hodgepodge of colonial legacies

Colombo reminded me of Calcutta. The Sri Lankan capital city drips with colonial charm and its Fort area is dotted with well-preserved specimens of colonial architecture. There is a certain aura of romance that still envelops Colombo and one can almost feel the intangible romance of the bygone colonial era. The British, Portuguese and Dutch legacies are still very much alive in Colombo and these can be felt in the magnificent buildings, tea time rituals, and deadlocked bureaucracy. A walk in the Fort area is like walking around an open-air museum and the Dutch cemetery headstones remind us of long-gone souls who are buried far from home.

A fish seller at Kolupitiya Market

Recommended Read: SIBERIA, BOLIVIA AND IRAN ON MY INSTAGRAM

My two favourite areas of Colombo

Out of all the areas of Colombo, the Cinnamon Gardens was my favourite and I loved the large verdant lung of the city. It was like an oasis in the middle of a bustling city and one could actually spend hours listening to bird songs there. Surrounded by some excellent galleries, it was a great place to catch a relaxing breather and do some people watching. Pettah was my other favourite part of Colombo and I liked visiting there in the evenings when fresh produce markets were in full swing. Vegetables and fruits would get piled in jewel coloured heaps and fishermen slapped huge sea fishes on beds of ice. Old men in sarongs would raucously peddle lottery tickets on microphones, and hopper sellers churned out umpteen numbers of curry platters.

There is something electric in the evening energy of Colombo that makes you want to savour its every moment. Irrespective of whether you are in the posh Dutch Hospital, the lively Galle Seaface or in busy Pettah, Colombo evenings made the locals let their hair down and enjoy. The restaurant inside the Dutch Hospital lights up with innumerable romantic candles, live music floated, and beautiful Sri Lankan people gathered there like glittering cosmopolitans. Pettah, on the other hand, would don strings of electric bulbs, South Indian music would blast from loudspeakers of various shops, and blue-collar workers would turn out to socialize. Galle Seaface is one place where both the sections of the society would land up. The rich would haunt the expensive sea-facing establishments, while the have-nots would simply enjoy themselves at the beach.

To stay in or skip Colombo?

Kites would fly high, live music would pulsate, and couple canoodled as families enjoyed picnics. Children ran about like gamboling puppies and street vendors would cater to the crowd’s snacking needs. They brought a huge variety of local snacks with them; carefully stacked in portable glass boxes and from fried shrimp patties, crab claws, meat on sticks, and beef kebabs, there was hardly any snack that one could not find at Galle Seaface. I also felt very safe in Colombo and that perhaps took the charm of the city a notch higher. It is an easily navigable city, with a relaxing pace, clean public transportation, and locals who took hospitality very seriously. Sri Lankan people are one of the nices I have met in the world and in Colombo, you do not get hassled like in Indian megacities. With so much good vibe, it is difficult not to like Colombo, provided you know how to scratch beneath the surface.

A man walking down a corridor at Colombo Fort

A colourful sight of Pettah

The exterior of a Hindu temple called kovil in Pettah

Rows of Buddhas at Gangaramaya Temple